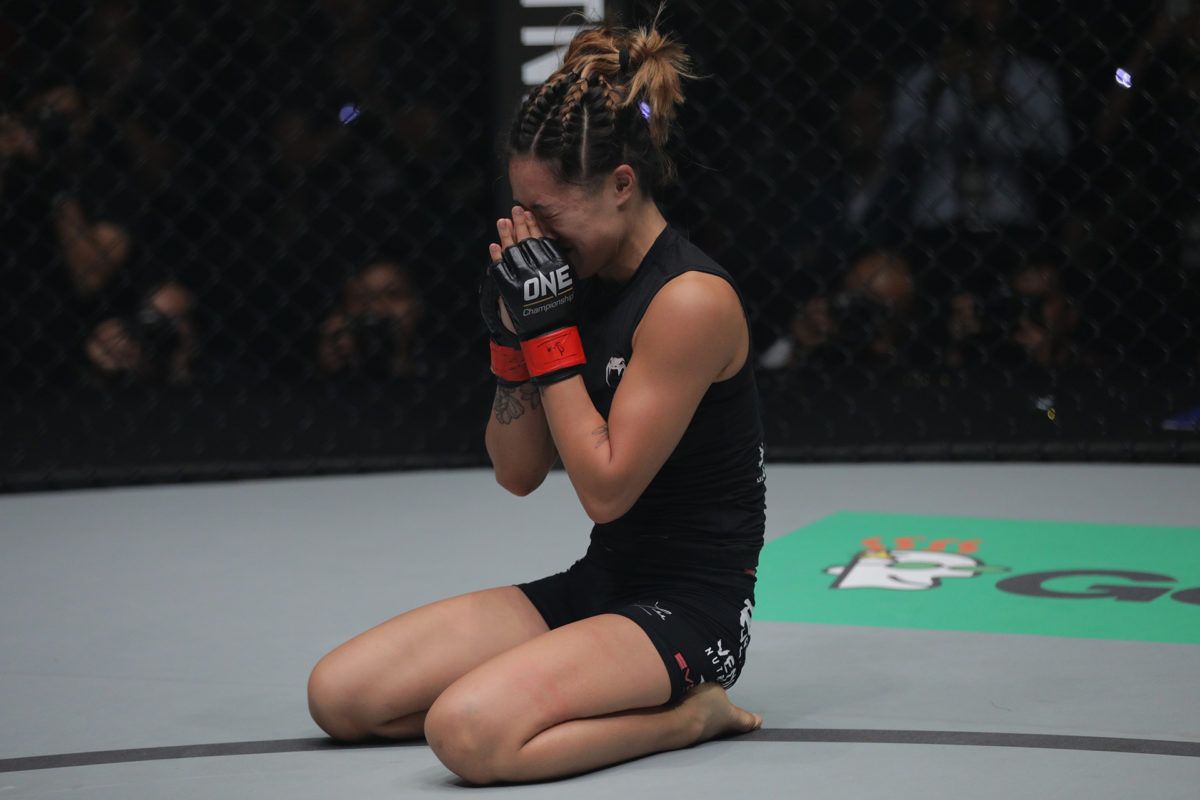 As a roaring Singapore Indoor Stadium chanted her name on 26 May at ONE: DYNASTY OF HEROES, an emotional 20-year-old Angela Lee knelt at the center of the cage with tears running down her cheeks.

To the entire world, it seemed like just another day at the office for Lee. Being undefeated at 8-0, fans had grown accustomed to seeing her dominate the opposition, with her latest performance being a spectacular second-round submission of Brazil’s Istela Nunes.

To Lee, however, she had just accomplished the impossible.

After all, the reigning ONE Women’s Atomweight World Champion had entered the bout facing two adversaries: the dangerous two-time Muay Thai world champion Nunes, and illness, diagnosed by a doctor as Pneumonia a week out from Fight Night.

“It was really tough on my body. It was also really tough mentally, and emotionally,” confessed the champion. “I had many breakdowns, because I was so scared that this sickness would affect my ability to perform on fight night. I was extremely reluctant to go to the doctor, because I didn’t want to know my sickness or how bad it was. I’m used to powering through.

“However, my dad insisted. I went to the hospital seven days before the fight. My blood test revealed that I had an infection in my lungs, and that it was a form of pneumonia.” 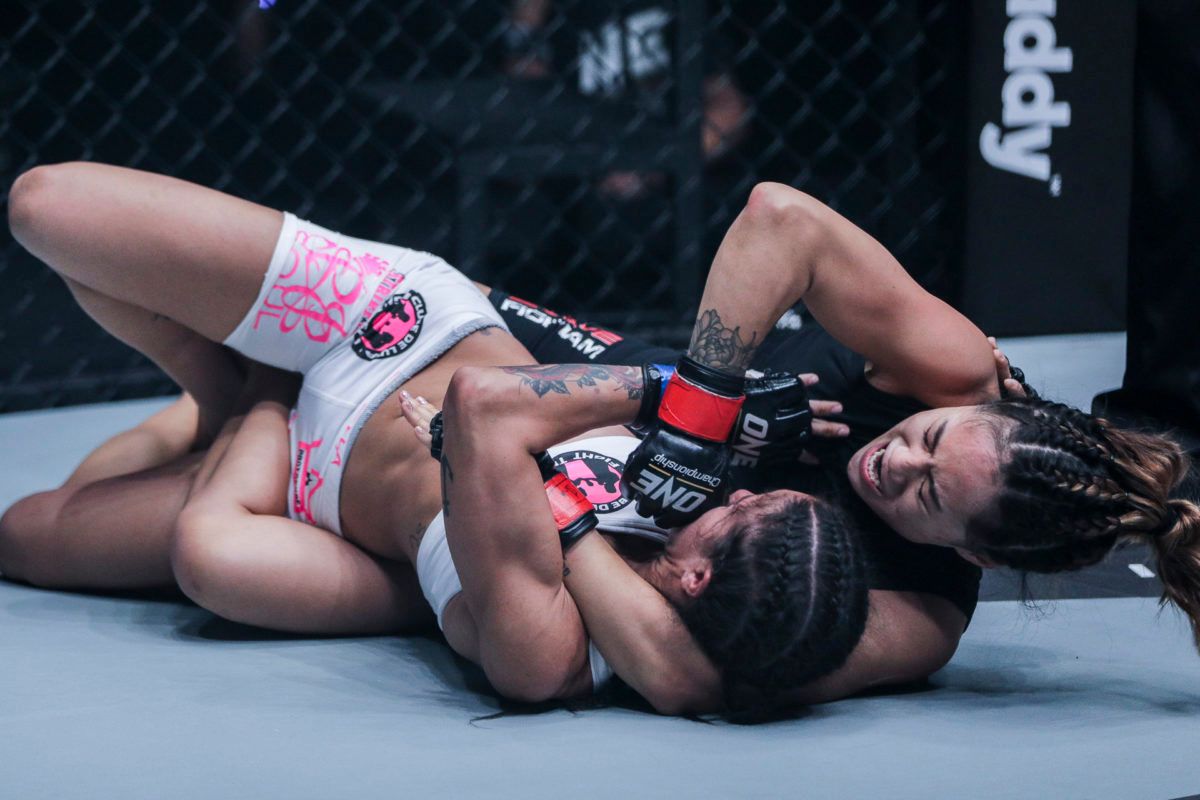 It’s hard enough for a normal person to bear with pneumonia. It was certainly exponentially harder for someone to compete against an elite combat sports athlete such as Nunes under its many adverse effects.

Chatri Sityodtong, Founder, Chairman, and CEO of ONE Championship, all but expected Lee or her father Ken to cancel the fight, and he would have accepted it.

“This entire time, I was waiting for either Angela or her dad to cancel the fight. I even asked several times to cancel, but to no avail,” said Sityodtong, in a Facebook post.

“My Muay Thai teacher, the legendary Kru Yodtong Senanan, used to tell me often that a World Champion is someone who can win under any circumstance. Today, Angela Lee passed an impossible test on the journey of unleashing her greatness.”

The champion inside Lee had refused to surrender. She knew the only way she was retaining her title would be by defending it inside the cage.

“Even in the locker room before the fight, I was still throwing up,” said Lee. “I was nervous, but I also knew how hard I worked for this. I believe that everything happens for a reason, and I trusted in that.

“I thought to myself, If I could make it this far, what’s 30 more minutes? So I walked out to that cage with a smile on my face, and got the job done. Despite dealing with the illness and its effects, Lee chose to soldier on. She stepped inside the ONE Championship cage against an opponent who wanted to take away everything she had worked so hard for. Nunes was coming for the belt, and the only person who could stop her was Lee herself.

Against all odds, Lee triumphed over immense adversity, and put on the performance of a lifetime.

“This win meant so much to me because I had overcome my biggest test – not just Istela Nunes, but my own fear and doubt,” said a relieved Lee. “Not once did I think of giving up or calling off this fight. That’s not who I am. I’m a fighter, and I choose to be fearless in the face of adversity, because resilience is what leads to victory.” Is there any doubt now as to whether or not Lee is truly the best in the world? On her record, her victory last Friday night is just one more digit in the win column. But what Lee accomplished will undoubtedly stay with her for the rest of her career.

“Without a doubt, Angela is one of the greatest World Champions on Earth in any weight class – male or female. She is a true warrior who exemplifies the authentic spirit of martial arts,” concluded a proud Sityodtong.