Just days after its explosive start to 2021, ONE Championship is set to return with the second installment of the dynamic UNBREAKABLE event series.

This Friday, 29 January, the world’s largest martial arts organization will air ONE: UNBREAKABLE II, which was filmed at the Singapore Indoor Stadium.

The six-bout card features five riveting mixed martial arts battles and a tantalizing ONE Super Series kickboxing matchup. Before the action goes down, we’ve picked out five reasons why you must watch Friday’s fights.

#1 A Clash Of Titans

The main event of ONE: UNBREAKABLE II features a matchup between European Heavyweight Mixed Martial Arts Champions who have an affinity for getting the knockout.

Mauro “The Hammer” Cerilli is a massive man with enormous power to match his 190-centimeter frame. The Italian Mixed Martial Arts Champion holds a 13-4 professional record, with nearly half of his victories coming by way of knockout.

The 37-year-old Terracina native previously challenged Brandon “The Truth” Vera for the ONE Heavyweight World Title, and he is eager to score a highlight-reel victory that could secure a rematch with the division’s reigning king.

But Abdulbasir “Dagestan Machine” Vagabov is just as eager to prove his worth, especially since this bout marks his debut on the global stage.

This is a pivotal matchup in a division that keeps adding hungrier, bigger, and scarier talent. And with 13 knockouts and 17 first-round finishes between these two gentlemen, fans should expect a fiery battle to remember. 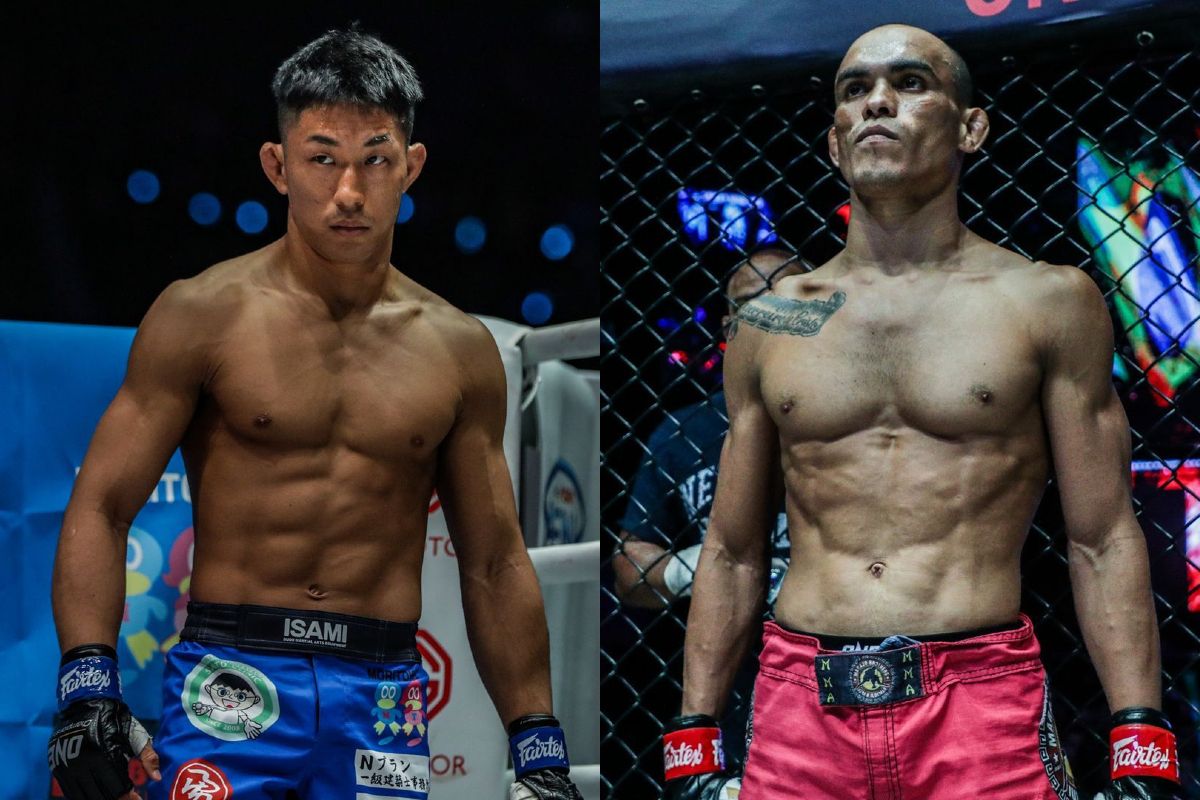 In the co-main event, two of the most talented grappling specialists from the East and West will meet in a flyweight mixed martial arts showdown.

After a strong run at bantamweight that saw him defeat former ONE World Title challengers “Ottogi” Dae Hwan Kim and Leandro “Brodinho” Issa, Japanese Mixed Martial Arts Champion Daichi Takenaka is moving down a weight class in hopes of beginning a dominant campaign.

If the former maintenance worker wants to begin another run to the top, he will need to begin with a victory over Brazil’s Ivanildo “Monstrinho” Delfino, one of the best flyweights from the western hemisphere.

Delfino went unbeaten in his home country, racking up eight victories and claiming a national title in the process.

After he suffered his only career blemish at the hands of Takenaka’s compatriot, Tatsumitsu “The Sweeper” Wada, in his promotional debut, “Monstrinho” is eager to gain some redemption, represent the West to the fullest, and deliver a better showing to the global fan base.

#3 A High-Octane Battle Of Behemoths

Two heavyweights have lit up the internet with their astonishing feats of athleticism, and now they will bring their skills to the Circle in a matchup that will undoubtedly go viral.

Four-time Muay Thai and Kickboxing World Champion Alain “The Panther” Ngalani has created a plethora of highlight-reel moments throughout his ONE Championship tenure, including his heavyweight-record 11-second knockout of former ONE World Title challenger Hideki “Shrek” Sekine.

Though the Hong Kong fan favorite is known for his deadly striking, he has also developed his grappling over the years, using those skills to overwhelm Ariunbold Tur-Ochir en route to a unanimous decision.

That development should come in handy when Ngalani meets “Reug Reug” Oumar Kane, a Senegalese Wrestling Champion who owns a fearsome ground game.

“Reug Reug” is a newer face to mixed martial arts, but he displayed massive power, relentless cardio, and monstrous takedowns in his debut. And while Kane isn’t known as a striker, he threw punches like anvils.

Expect both fighters to employ an “all gas, no brake” mentality until the referee is forced to call off the action.

#4 A Matchup Between Devastating Bantamweight Strikers

Fans are in for a treat when two of the best strikers in the bantamweight mixed martial arts division collide.

“The Ghost” Chen Rui holds a 9-1 professional record and won three of his last five bouts via knockout. As a matter of fact, he most recently spoiled ONE Warrior Series alumni Ali Motamed’s main roster debut with a 116-second KO.

That is something “Pretty Boy” Kwon Won Il can appreciate, as he has a flair for the quick finish, too. The South Korean holds an 11-3 slate and has earned all of his ONE wins via knockout – including his most recent first-round demolition of Bruno “Puccibull” Pucci.

With both men always gunning for the KO and rarely taking a backward step, fans should expect a highlight-reel finish before the 15 minutes are up. 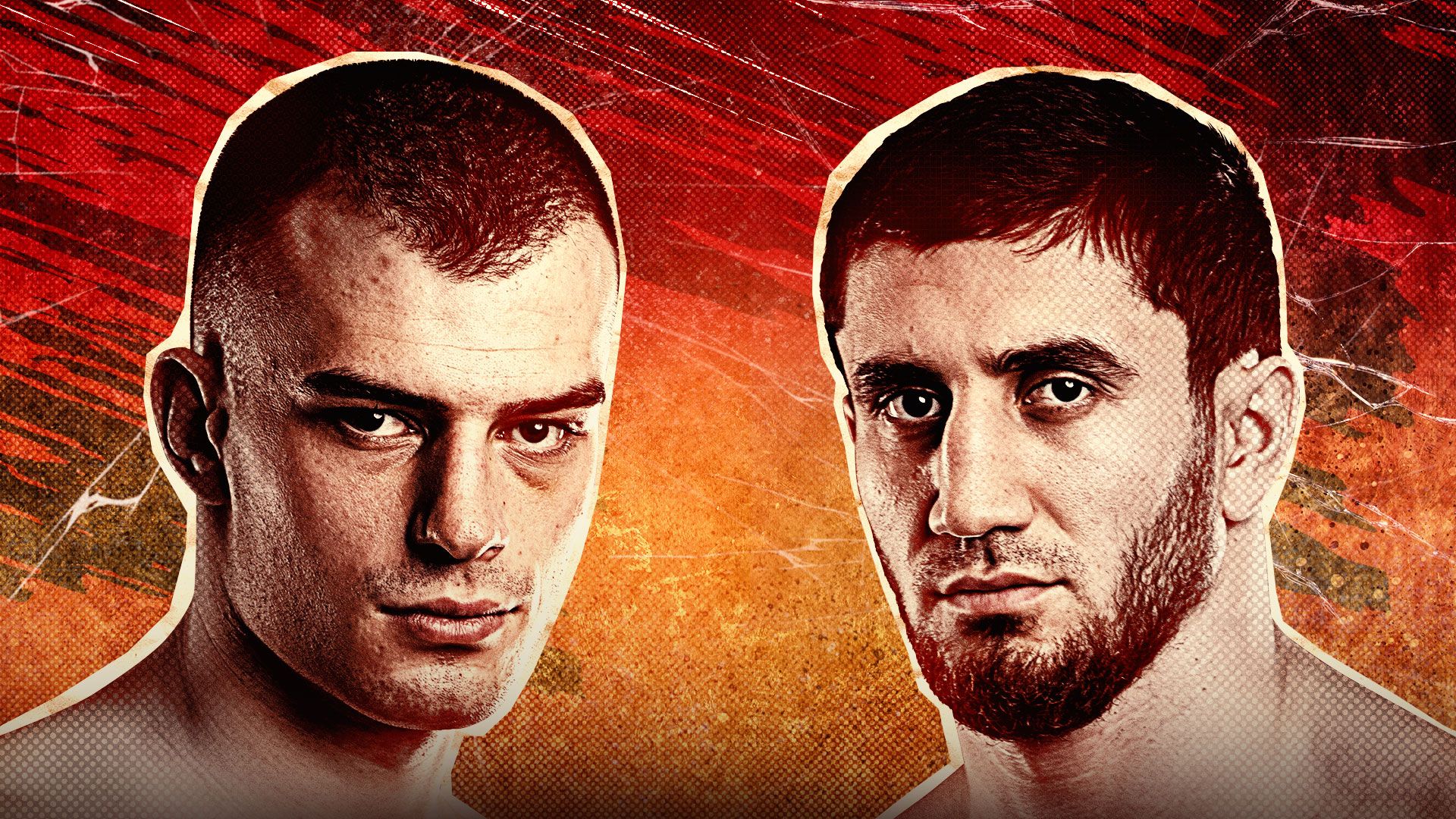 The ONE Super Series light heavyweight kickboxing division is heating up, and reigning king Roman Kryklia is most certainly keeping his eyes on the chasing pack.

Both men want gold, but there is additional motivation fueling each fighter.

Kecojevic would love nothing more than to follow his 2019 FEA Kickboxing Heavyweight Grand Prix Championship knockout win with another stunner, while Isaev will be eager to redeem himself after a tough outing in his ONE debut against Anderson “Braddock” Silva.