Mauro “The Hammer” Cerilli ended the ten-match winning streak of a dangerous Russian grappler and may have nudged himself closer to a rematch with ONE Heavyweight World Champion Brandon “The Truth” Vera. 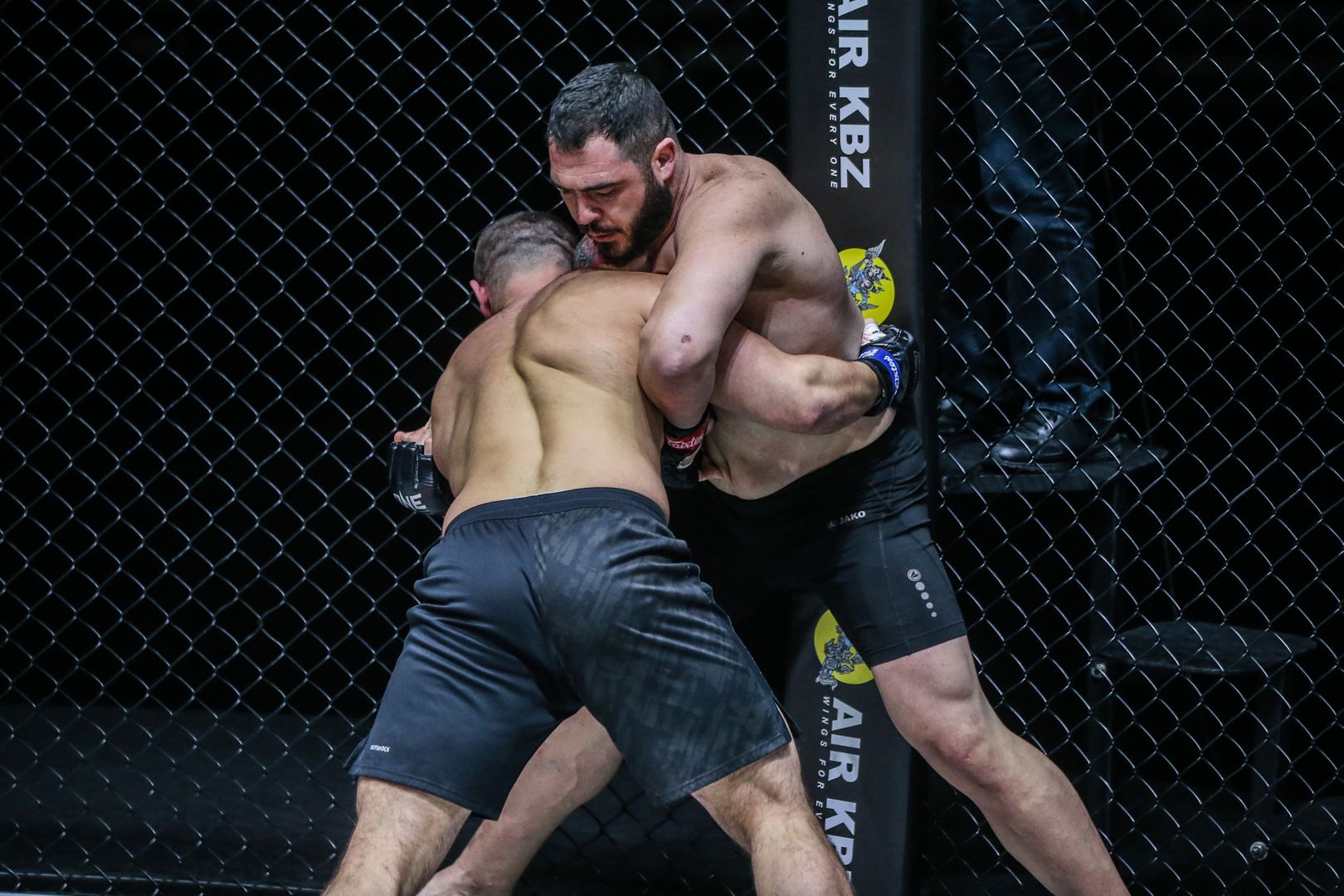 Vagabov spent the first minute of the bout tracking the former ONE Heavyweight World Title challenger around the Circle, where he feinted jabs and shot for a takedown. The Russian, however, was welcomed with a blitzing right uppercut that caused him to retreat.

Cerilli then took center stage and lunged at his rival with jabs and right hands. Flustered, Vagabov shot again, this time pinning Cerilli against the fence. “The Hammer” dropped his weight to avoid being plucked off the canvas, and Vagabov transitioned from a high crotch hold to a single-leg. Still, Cerilli refused to budge and broke free.

“Dagestan Machine” soon shot for another takedown, but once he hit the brick wall that was Cerilli, he changed tactics and sent a knee to his rival’s stomach from within the clinch. The Italian pushed forward looking to land his own knee, but he was met with a wild overhand right from Vagabov.

Both men then traded hands in a reckless exchange, but neither racked up any real damage. 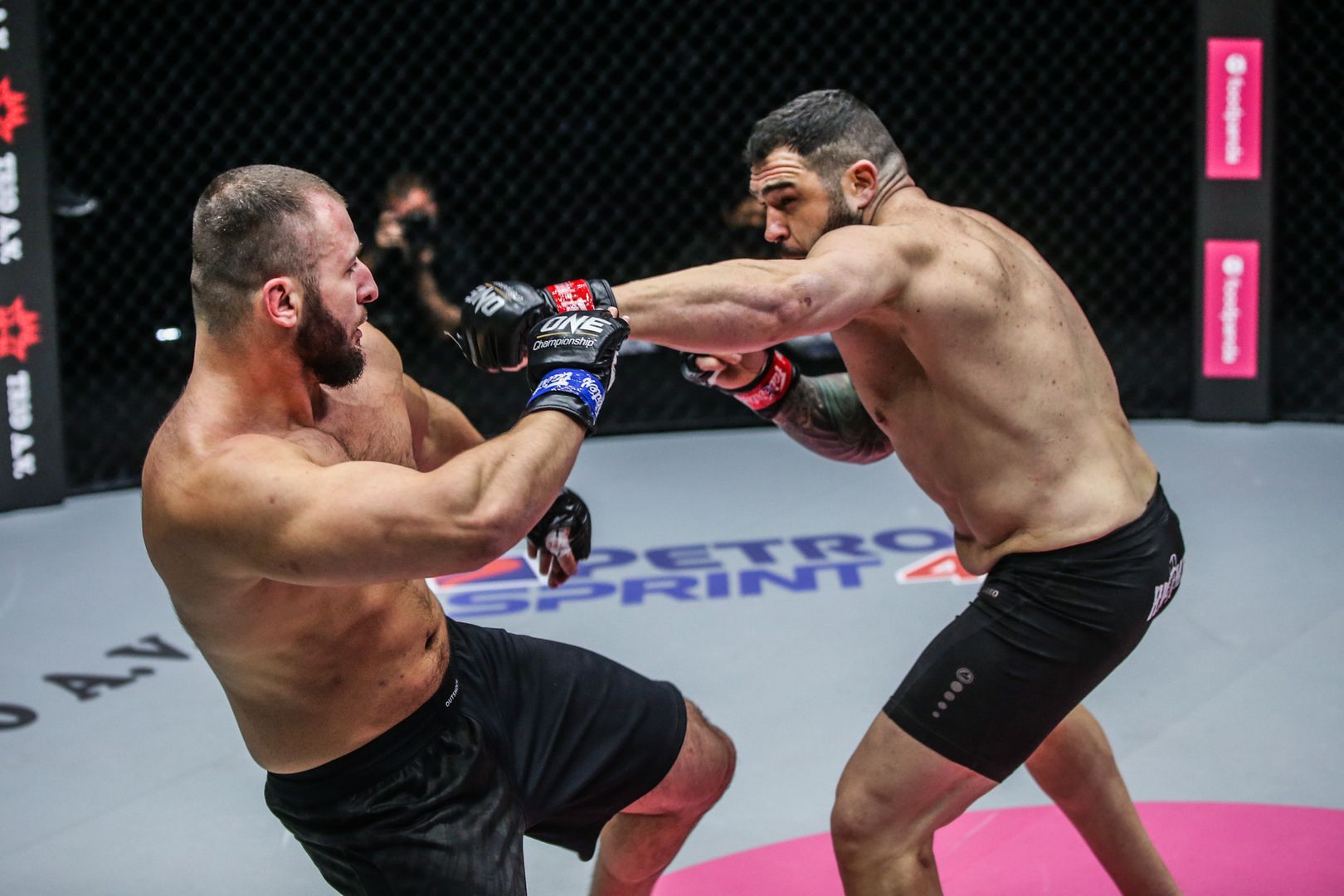 Having little success on the feet, Vagabov eagerly tried to take the match to the canvas, but his telegraphed takedown attempt made it easy for Cerilli to defend, lock his hands around the Russian’s neck, and send a thudding knee down the middle that just missed “Dagestan Machine’s” face.

With 20 seconds remaining in the round, Vagabov finally scored the takedown he was looking for, but Cerilli shrimped away, returned to his feet, and fired off another series of knees as time expired.

Cerilli came out in the second round controlling the center of the Circle, where he teased Vagabov with jabs and feints. Then, after getting the Dagestani athlete to block a jab, “The Hammer” sent his shin into his opponent’s left thighbone.

On impact, Vagabov grimaced and turned away – and as he fell, Cerilli jumped on him. The man from Italy then fired off a series of left hooks at Vagabov, who was in the fetal position waiting for the referee to intervene. 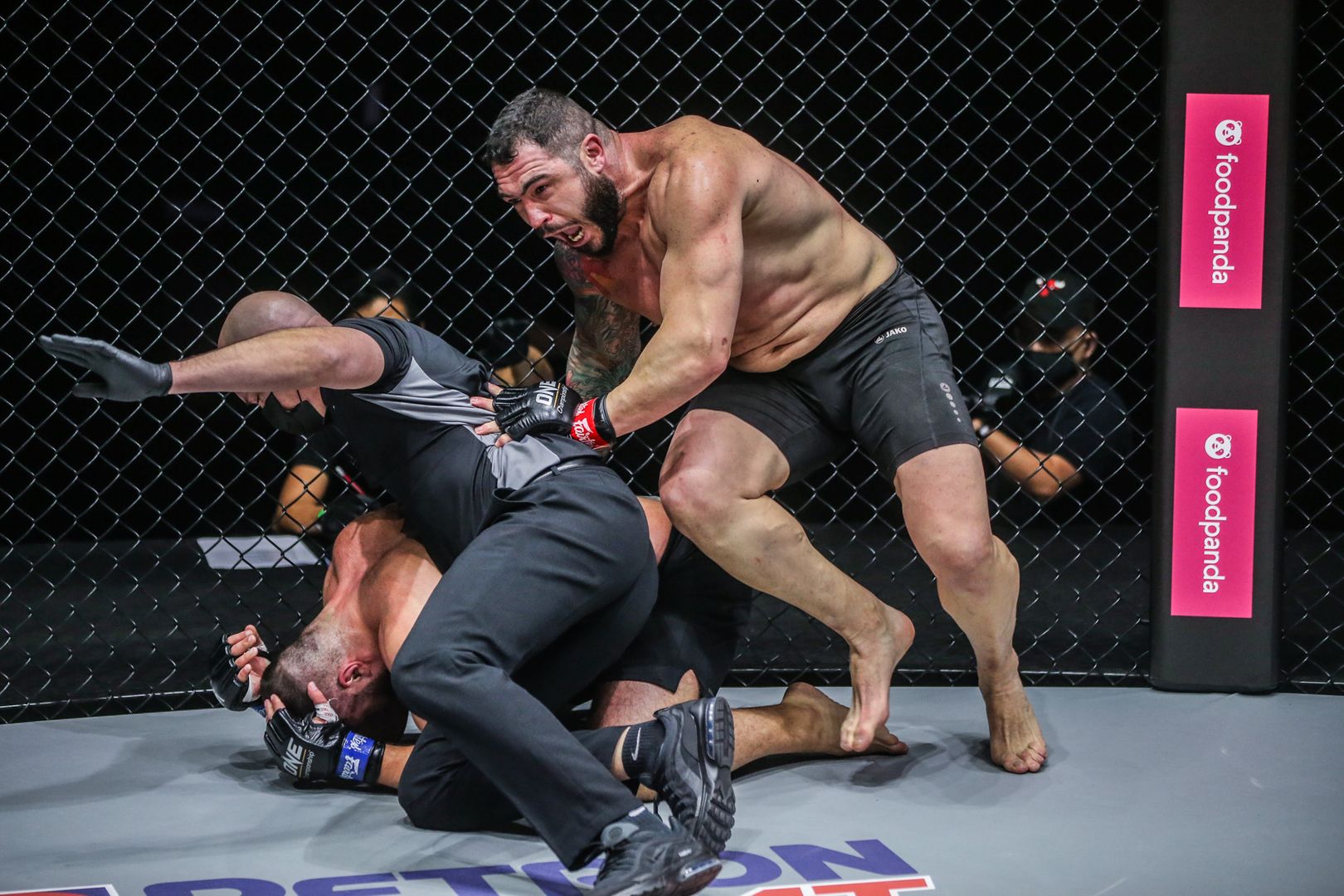 Olivier Coste obliged, stopping the action at the 36-second mark of the second round to give Cerilli the victory.

The win bumped the Italian’s record to 14-3 and may have put him back near the top of ONE’s heavyweight division.