“The Ghost” Chen Rui took the event name to heart, as he kicked off the previously recorded ONE: BIG BANG II with a thunderous knockout in Singapore on Friday, 11 December.

The Chinese star stopped ONE Warrior Series alum Ali Motamed by TKO in their bantamweight mixed martial arts contest at just 1:56 of the first round. 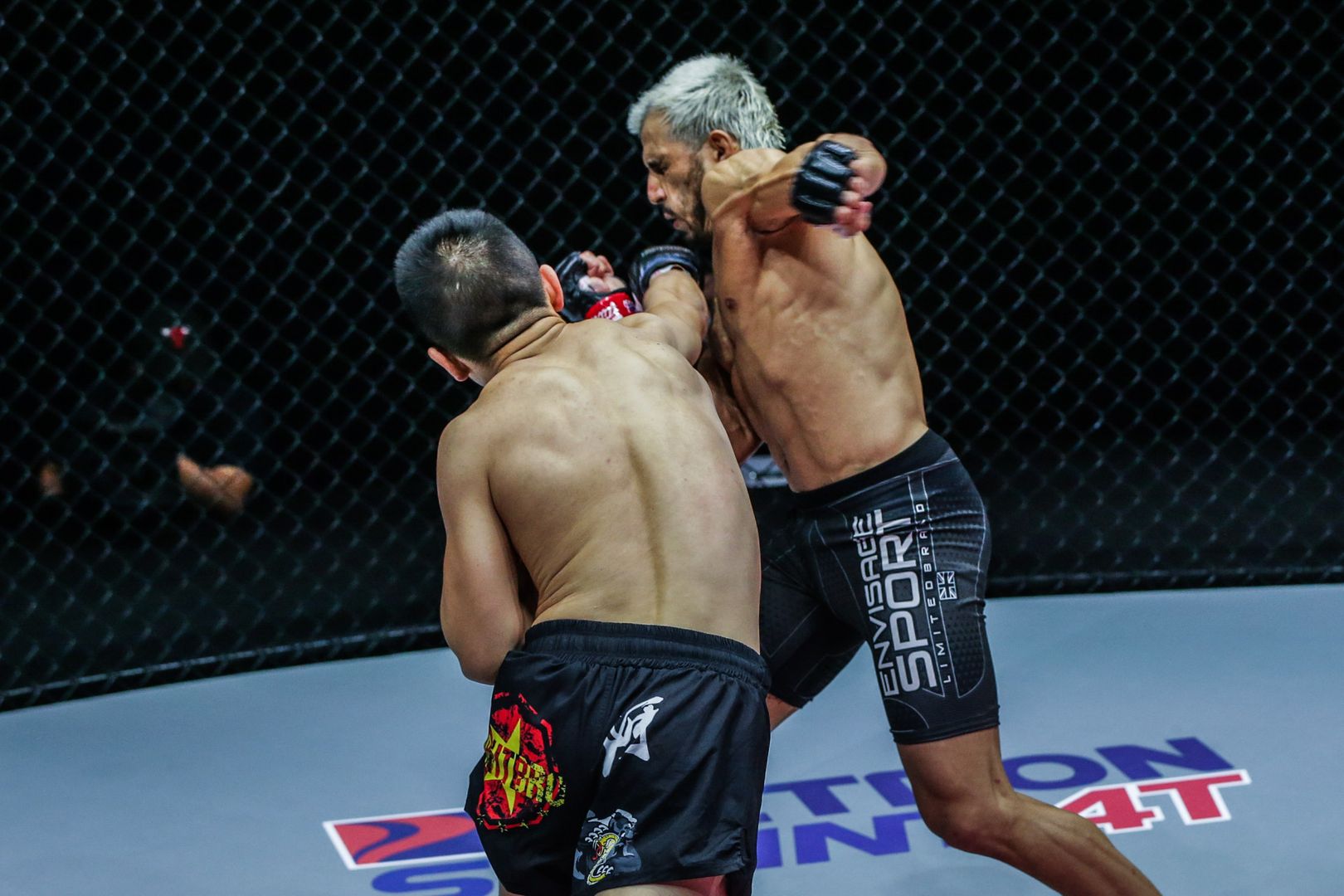 At the opening bell, the two athletes met in the center of the Circle and quickly exchanged leg kicks. It was Motamed who got the better of that action, with his powerful right outside leg kick landing repeatedly.

Chen, a ONE Jakarta Tournament Champion, kept moving forward, trying to cut through Motamed’s defense. But the Iranian combatted that pressure with strikes and then circled away to keep his foe at bay. 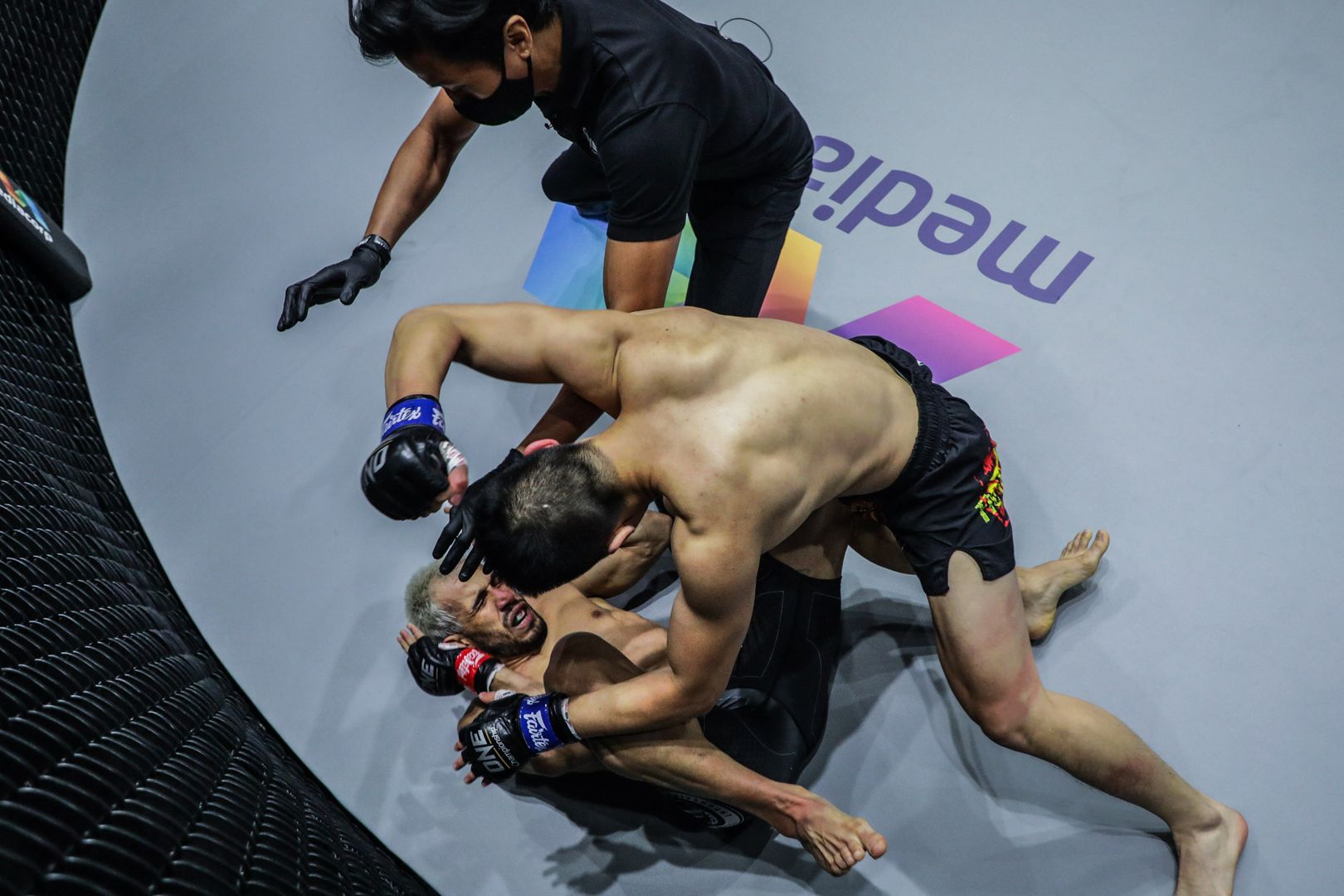 As Chen ate more kicks to the outside of his thigh, he barreled forward and fired off a straight right that partially burst through Motamed’s guard. Feeling his punches begin to connect, the Chengdu Ashura Fight Club standout turned up the tempo.

Motamed soon found his back against the Circle Wall as Chen fired off a flurry of rights and lefts. The Team Envisage representative could only defend so many before a right hook connected cleanly.

The 24-year-old Chen kept Motamed in the line of fire by cutting off the Circle. “The Ghost” then launched an overhand right that missed its mark, but it had so much force that when his bicep connected with the top of Motamed’s head, it sent the Iranian to a knee. 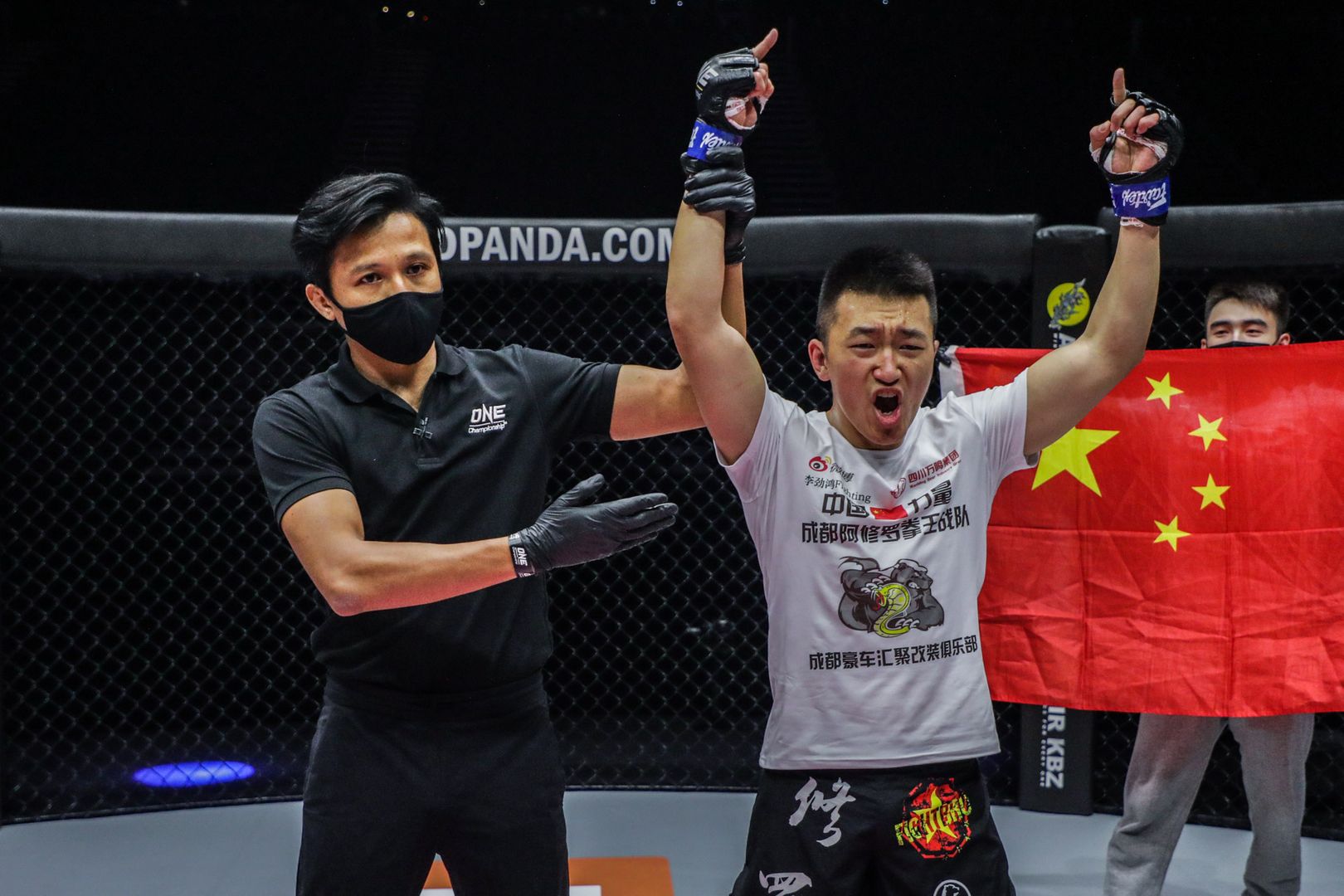 A follow-up right uppercut from Chen connected with Motamed’s chin, and the referee stopped the contest before the two-minute mark of the round.

With the victory, “The Ghost” improved his professional record to an impressive 9-1 and completed his 2020 campaign on a high note with a statement-making performance in The Home Of Martial Arts.