“Pretty Boy” Kwon Won Il cemented his status as one of the leading knockout artists in ONE Championship’s bantamweight division on Friday, 20 November.

The South Korean dynamo looked phenomenal at the previously recorded ONE: INSIDE THE MATRIX IV, as he thwarted off takedown attempts from two-time BJJ No-Gi World Champion Bruno “Puccibull” Pucci and finished him with his powerful fists in two minutes flat.

As soon as the opening bell rang, “Puccibull” rushed out of his corner and tried to deploy his world-class grappling skills.

The Brazilian immediately struck his rival with a cross, ducked the South Korean’s left hand, and then shot in for a double-leg takedown.

Kwon was wise to the move, however. He instantly sprawled away, flung an uppercut, and threw a straight right that forced his opponent to back away.

Though Pucci failed to land his takedown, he wasn’t deterred. In fact, the Brazilian faked a cross and then shot for another double-leg, but Kwon again defended the attack, unleashed a knee to the gut, and moved away from the Circle Wall. 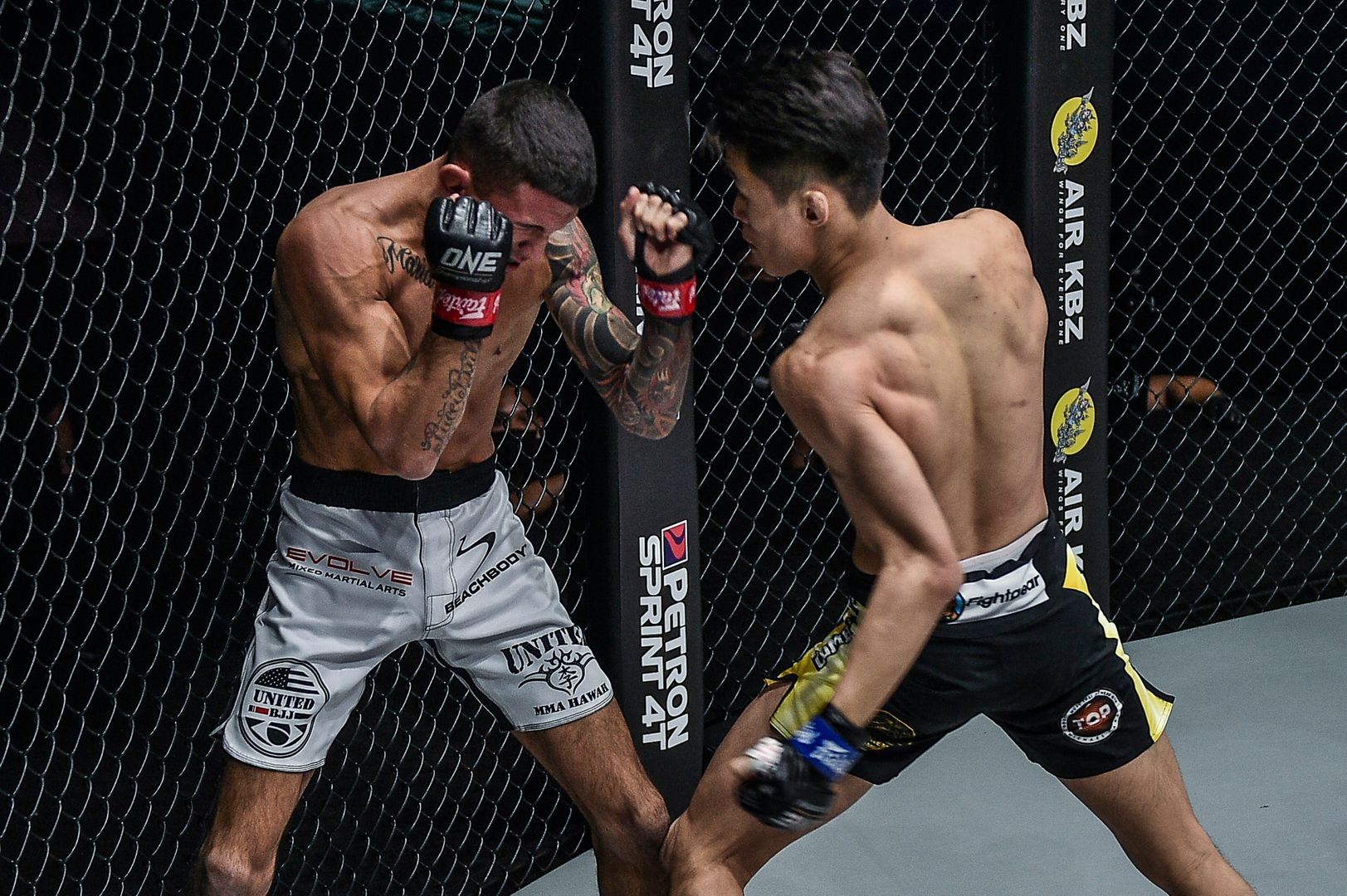 When the two met in the center of the Circle, Kwon looked to utilize his boxing. He leaned in with a jab-cross, and as Pucci retaliated with a cross of his own, the South Korean slipped it and immediately countered with a stiff right hand to the chin.

It became clear that the Brazilian didn’t want to engage in a firefight. He pushed “Pretty Boy” away and then shot in for a third double-leg takedown attempt. Kwon sprawled toward the Circle Wall, but Pucci tightly held onto his opponent’s waist, stood up into a body lock, and desperately tried to bring him to the ground.

Kwon maintained great balance to stay on his feet, which caused “Puccibull” to switch tactics. The Brazilian transitioned to a single-leg before wrapping both arms around Kwon’s legs and trying to lift him into the air for a big takedown. But Kwon brilliantly defended those attempts and broke free from his opponent’s grasp. With some space to work, Kwon ran forward with a jab-cross. The Brazilian dodged those shots and slowly backed away toward the Circle Wall.

“Puccibull” wouldn’t be able to evade those shots for any longer, though. “Pretty Boy” stepped forward, twisted his body, and unleashed a massive shovel hook to the liver which took the wind out of Pucci’s sails.

As Pucci began breathing heavily, the South Korean fired a massive cross to the chin that stunned his adversary.

Kwon followed up with a cross to the temple that forced the Brazilian to turn away, and a left hook-right uppercut combination then put the Brazilian down and forced referee Yuji Shimada to stop the contest at the 2:00 mark of the opening stanza. 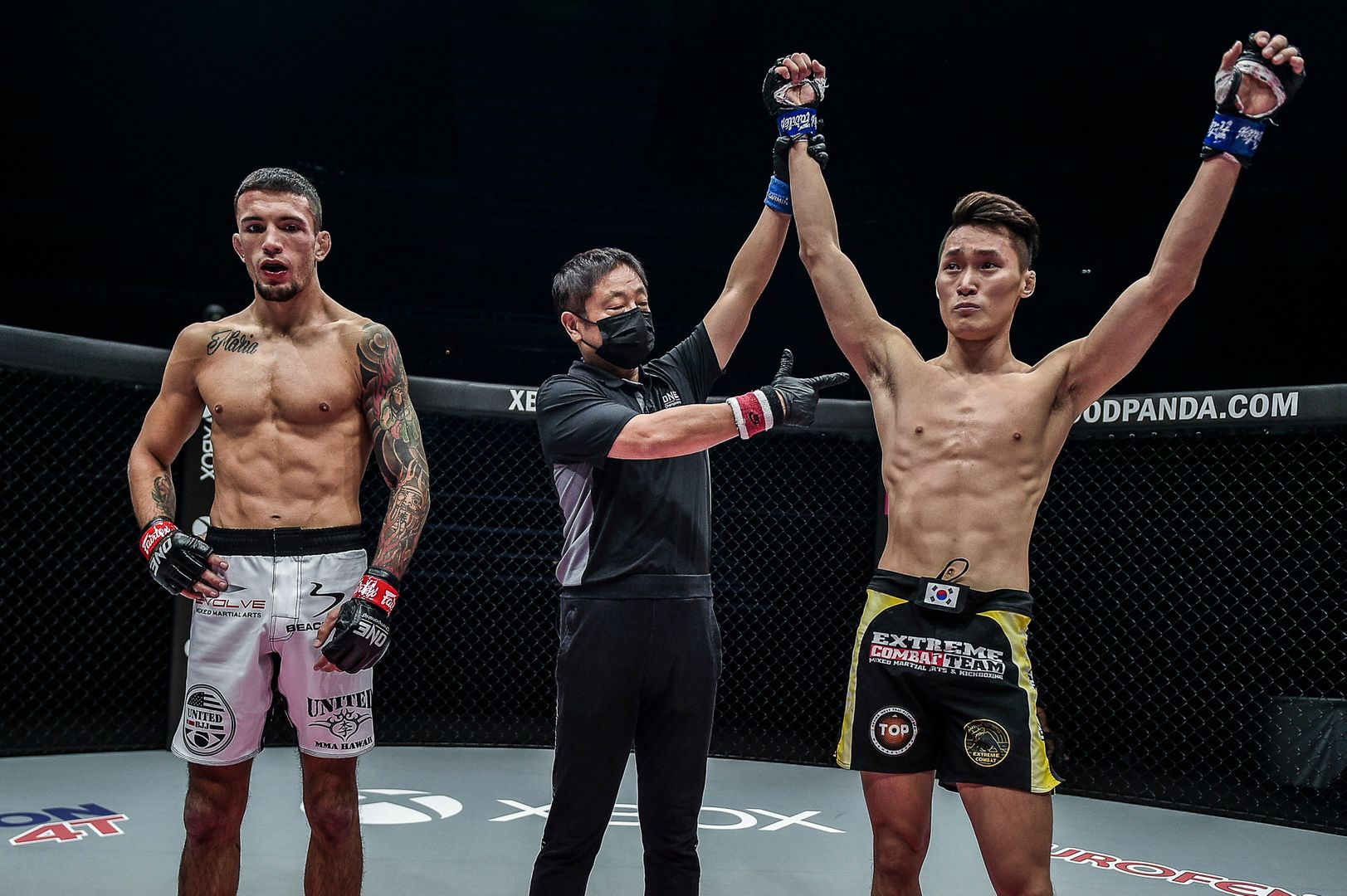 That victory is Kwon’s fourth first-round knockout on the global stage. It moved his record to 11-3 and solidified his status as one of the bantamweight division’s most dangerous mixed martial arts strikers.