The contrast between Mauro “The Hammer” Cerilli inside and outside the Circle is remarkable.

When the Italian competes, he is everything you’d expect from one of the best heavyweight mixed martial artists in the world – a mean, aggressive, powerful knockout artist.

But away from the spotlight, the 37-year-old giant is a gentle, doting family man who turned his life around through martial arts.

Ahead of his main event clash against Abdulbasir “Dagestan Machine” Vagabov at ONE: UNBREAKABLE II, which airs this Friday, 29 January, learn how “The Hammer” was forged into a dedicated, fearsome warrior. 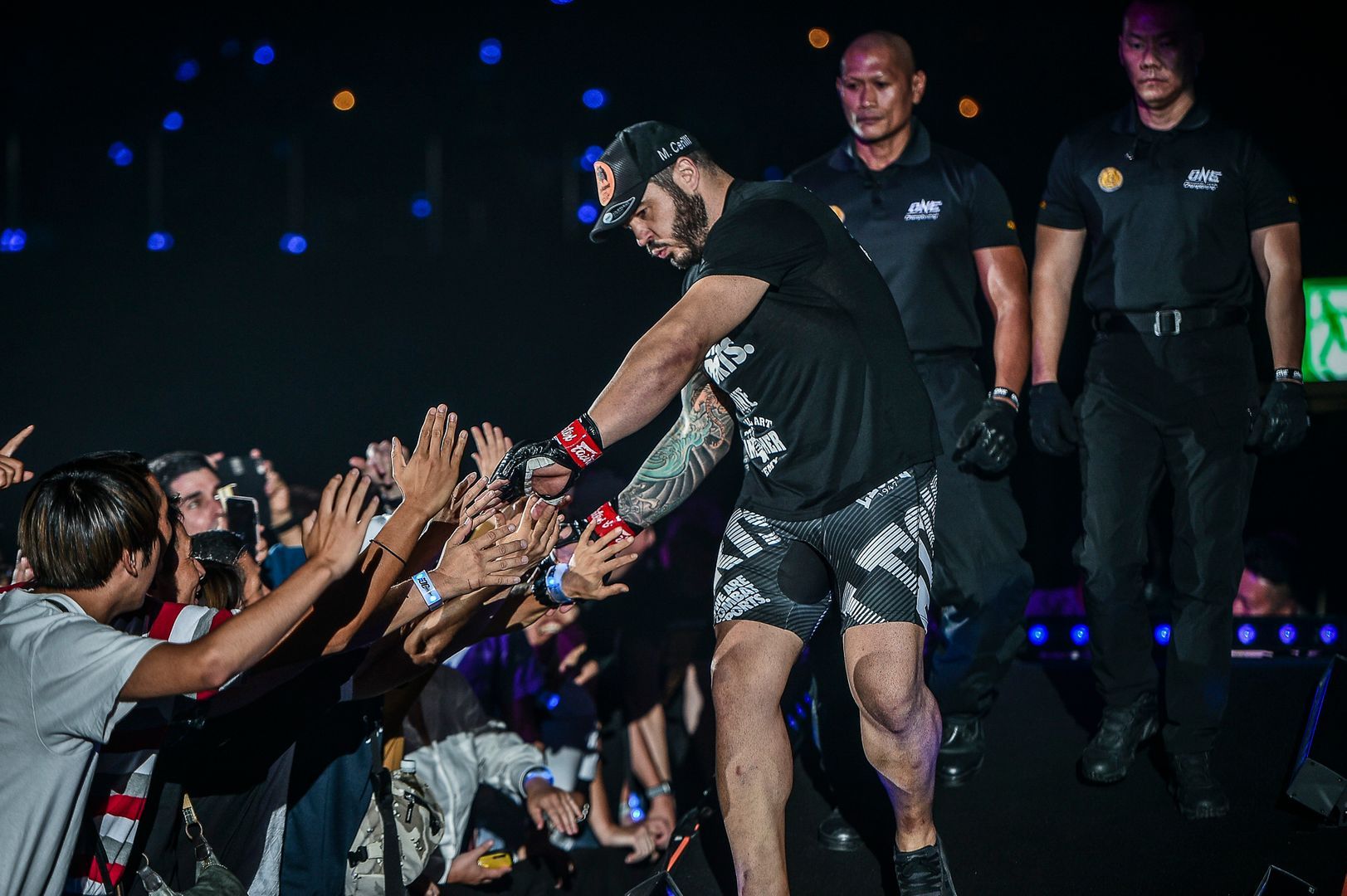 Cerilli was born and raised in the coastal city of Terracina, not far from the Italian capital of Rome, along with his parents and younger sister.

He admits to being a handful as a child, but fortunately, his dad found the perfect way to channel that energy.

“My father signed me up to a judo gym where he had practiced,” Cerilli says.

“It was the first way to educate my temperament, which was too lively, and to come into contact with true values.”

Cerilli loved martial arts practice, although his childhood was not without its hardships. Over the years, he watched as some of his friends met tragic ends and others took a darker path in life.

“Life in my youth seemed to be constantly testing me,” he says.

“During my youth and adolescence, I saw many dear friends die because of accidents and get lost in the wrong ways.”

Though Cerilli enjoyed his early judo training, martial arts were not high on his list of priorities when he was a young adult.

Instead, he was focused on providing for his wife and young daughter, Nicole.

“My post-adolescent life was rather chaotic, and I didn’t practice any other martial arts,” he says.

“Since I had tied the knot at such a young age, I was focused on providing for my family, as I was very young when I got married for the first time.”

However, Cerilli found a new drive to practice martial arts when his first marriage ended – a life event that had a huge impact on his well-being.

“The break-up was the reason behind me taking up a sport again. I started out exercising to lose weight, and from then on, I never looked back,” he says.

“Martial arts changed my life. I’m a better person today because of martial arts. I found myself all alone with a daughter following a divorce, and raising my daughter was a priority to me, so I’d blow off steam by practicing martial arts.”

Cerilli eventually remarried, and he added a son, Manuel, and youngest daughter, Melissa, to his family.

“Now I’m a father of three children, I’m married, and a family guy. My children are my pride and joy,” he adds.

Pushed To The Limit

Cerilli was nicknamed “The Hammer” as a mixed martial artist because of his background as a blacksmith, and he lived up to that moniker when he began his professional career in April 2012.

He stormed his way to seven consecutive wins – four via stoppage – to become one of the hottest rising stars on the European heavyweight circuit.

However, his momentum came to a crashing halt when he attempted a cut down to light heavyweight. The effects on his body were catastrophic, and he suffered two consecutive defeats.

“I tried to get down to 93 kilograms, but I realized that it was not my ideal weight, and I could not be competitive – so much so that I thought about retirement,” Cerilli recalls.

“Luckily, I did not listen to that momentary emotional state. I was close to my family, my wife, and the guys with whom I trained, who gave me the strength to react and return my natural weight.”

Replenished and rejuvenated, the Italian giant refocused on another campaign at heavyweight. He won five consecutive bouts over the next two years, including four quick finishes via strikes.

The highlight was a 15-second stoppage in the first defense of his Cage Warriors Heavyweight Title, which ended up being his ticket to the global stage.

Cerilli says it’s a dream come true to compete in The Home Of Martial Arts, and he was proud to challenge for the ONE Heavyweight World Title in his first match on the global stage.

Though his fight against Brandon “The Truth” Vera did not go to plan, he later rebounded with a first-round TKO win over Alain “The Panther” Ngalani.

Along the way, he has dedicated his life to the pursuit of glory, and he is confident that a new and improved version of himself has what it takes to earn the biggest prize in the sport.

“Waking up very early in the morning and training twice a day is not a drag for me because I know that I will achieve great results,” the Italian says.

“I want to prove that I am a real contender for the heavyweight title. I am ready. Physically and mentally, I feel brand new – Mauro Cerilli 2.0.”

More than anything, “The Hammer” says his determination to succeed is fueled by his wife and three children. With those supporters behind him, he is filled with the belief that he can prevail against the biggest and most dangerous opponents in the world.

“My family is my biggest motivation, every time I step into the cage. Everything I do, I do it for them,” Cerilli says.

“My kids mean everything to me. When I step into the cage, they drive me beyond my limits and fears. I always try to be a real-life superhero for them. I want them to see an athlete and a father who shows loyalty, sportsmanship, humility, and respect every time he steps into the cage.

“I want to show my kids that it is important to face your fears and show courage in life because, in this life, it is fundamental. My motto is, ‘Face your fears and problems and fight to overcome them.’ That’s what I do every day.”