ONE Championship is ready to close the book on 2020.

This Friday, 25 December, the world’s largest martial arts organization will finish its annual event calendar with ONE: COLLISION COURSE II, a previously recorded show from the Singapore Indoor Stadium.

There are many reasons to tune in, but we’ve chosen five of the biggest.

The main event will feature a pair of top-ranked contenders looking for a chance to challenge for the ONE Featherweight Muay Thai World Championship, and fans are in for a hard-hitting war between strikers with different styles.

Jamal “Kherow” Yusupov is the #2-ranked featherweight Muay Thai contender, and he earned the distinction by knocking out Thai icon “The Boxing Computer” Yodsanklai IWE Fairtex in his promotional debut back in November 2019.

What made the feat even more stunning is that Yusupov accepted the bout on 10 days’ notice and became the first person to KO the legend in more than 10 years.

That victory even earned the Russian a shot at now-reigning ONE Featherweight Muay Thai World Champion Petchmorakot Petchyindee Academy for the inaugural crown in February, but he was forced to withdraw from the contest due to injury.

Now, Yusupov is hoping his enormous power and boxing skills will help him cement a second chance at the crown – but his lanky opponent will have something to say about that.

Samy “AK47” Sana enjoyed a terrific 2019, as he first dispatched Yodsanklai in the opening round of the ONE Featherweight Kickboxing World Grand Prix and then outclassed Dzhabar “Genghis Khan” Askerov in the semifinal round. Ultimately, he fell to Giorgio “The Doctor” Petrosyan in the final.

Nonetheless, the French-Algerian’s showing earned him the #4 contender spot in both the Muay Thai and kickboxing divisions, and now this true nak muay has returned to his Muay Thai roots in search of World Title gold.

Sana will look to use his 14-centimeter height advantage, his immense reach, and his full arsenal of weapons to knock out Yusupov, steal his spot in the rankings, and challenge Petchmorakot for the belt.

After nearly two years away from the sport, former ONE Flyweight World Champion Kairat “The Kazakh” Akhmetov will make his long-awaited return on Friday.

Throughout his career, Akhmetov has brilliantly used his world-class wrestling, his ground skills, and his boxing to great effect. Not only did that lead “The Kazakh” to a flyweight title reign, but it also helped him rack up an astonishing 26-2 record and the division’s #3-ranked contender spot.

Akhmetov’s biggest issue over the past few years has been dealing with injuries, but he is finally healed and ready to make another run at the gold.

His next challenge will come in the form of “Ottogi” Dae Hwan Kim, a former ONE Bantamweight World Title challenger who is looking to make his mark in the flyweight division.

The South Korean has a well-rounded skill set, including solid takedown defense and dynamic striking, which could pose some massive problems for “The Kazakh’s” World Title hopes.

In September, Amir Khan revealed that his father, Tajudeen, was diagnosed with terminal brain cancer. That motivated the Singaporean lightweight to put on a spectacular show for his dad, which he did by knocking out Rahul “The Kerala Krusher” Raju at ONE: REIGN OF DYNASTIES a month later.

Khan was looking to deliver an encore performance for his father live in person on Friday, but Tajudeen sadly passed away last week.

The Singaporean knockout artist is devastated, and it would have been understandable if he’d withdrawn from his fight with “Crazy Dog” Dae Sung Park. However, he’s determined to move forward with his bout – it’s what his father would have wanted, so Khan is motivated to perform at his best.

This will be the toughest matchup of Khan’s life, but he clearly intends to put on a show that would make his father proud.

#4 A Battle Of Welterweight Contenders 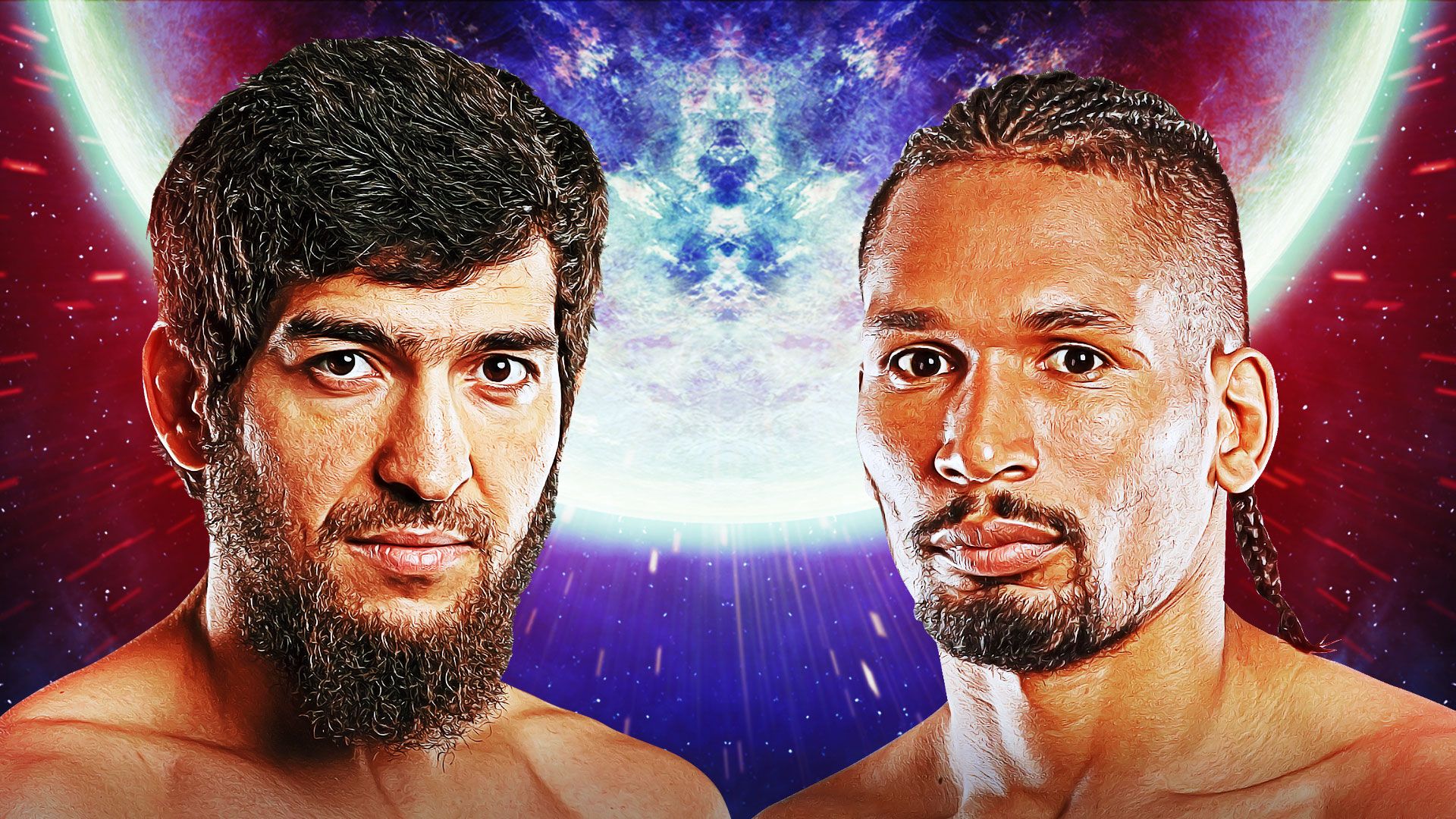 ONE Welterweight World Champion Kiamrian “Brazen” Abbasov has clearly established himself as the true king of the division, and his next challenger could reveal himself on Friday.

Raimond Magomedaliev, who represents Khabib Nurmagomedov’s Eagles MMA, is a Russian Hand to Hand Combat Champion who possesses a strong all-around game. That was on full display in his first-round demolition of Joey Pierotti in January.

The Russian hopes to build off that stellar showing, but undefeated promotional newcomer Edson “Panico” Marques is looking to get his seventh consecutive knockout victory in his grand premiere on the global stage.

One of these mixed martial artists could find themselves standing across from Abbasov next, especially if they produce a dazzling highlight-reel victory in this matchup.

#5 The Last ONE Event Of The Year 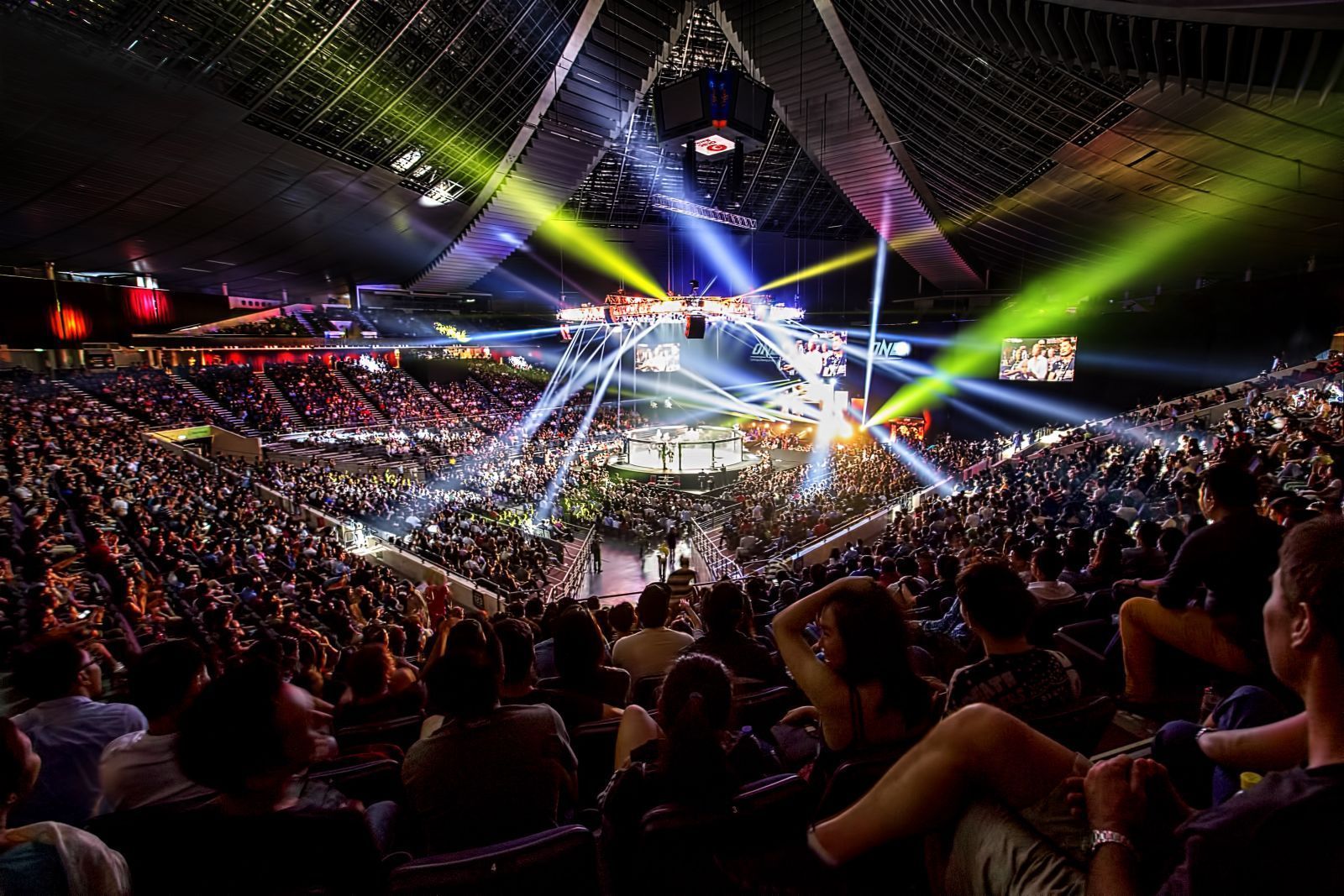 In January, ONE: A NEW TOMORROW set the pace for what was supposed to be the promotion’s most explosive year yet.

And even though the COVID-19 pandemic forced a plethora of shows to be postponed, ONE Championship picked up where it left off with its greatest striking card of the year – ONE: NO SURRENDER in July – and it has been on a roll ever since.

Now, with 2020 coming to a close, we’re ready to entertain the global fan base one more time before we turn the page and look forward to an even brighter future.

See you on Christmas Day!