Amir Khan not only promised to win for his dad in his return to the Circle at ONE: REIGN OF DYNASTIES, but to do so in impressive fashion.

In the end, the man from Singapore was not going to let his pops down.

Khan was focused, calculated, and downright devastating as he scored a first-round knockout of Rahul “The Kerala Krusher” Raju in a lightweight mixed martial arts contest in his hometown on Friday, 9 October.

Two months ago, Khan’s dad, Tajudeen, was diagnosed with terminal brain cancer, rocking the otherwise quiet and normal life of the Evolve star. But instead of staying down, Khan used the family’s struggle as motivation for this contest.

It definitely showed in the match.

With his ailing father watching backstage, the 25-year-old Khan stalked Raju early on, forcing him on the Circle Wall with kicks and striking combinations.

Raju aimed to neutralize that striking by trying to force a battle in the clinch, but Khan’s takedown defense and clinch work did its job, as he repeatedly fended off the Indian’s advances. 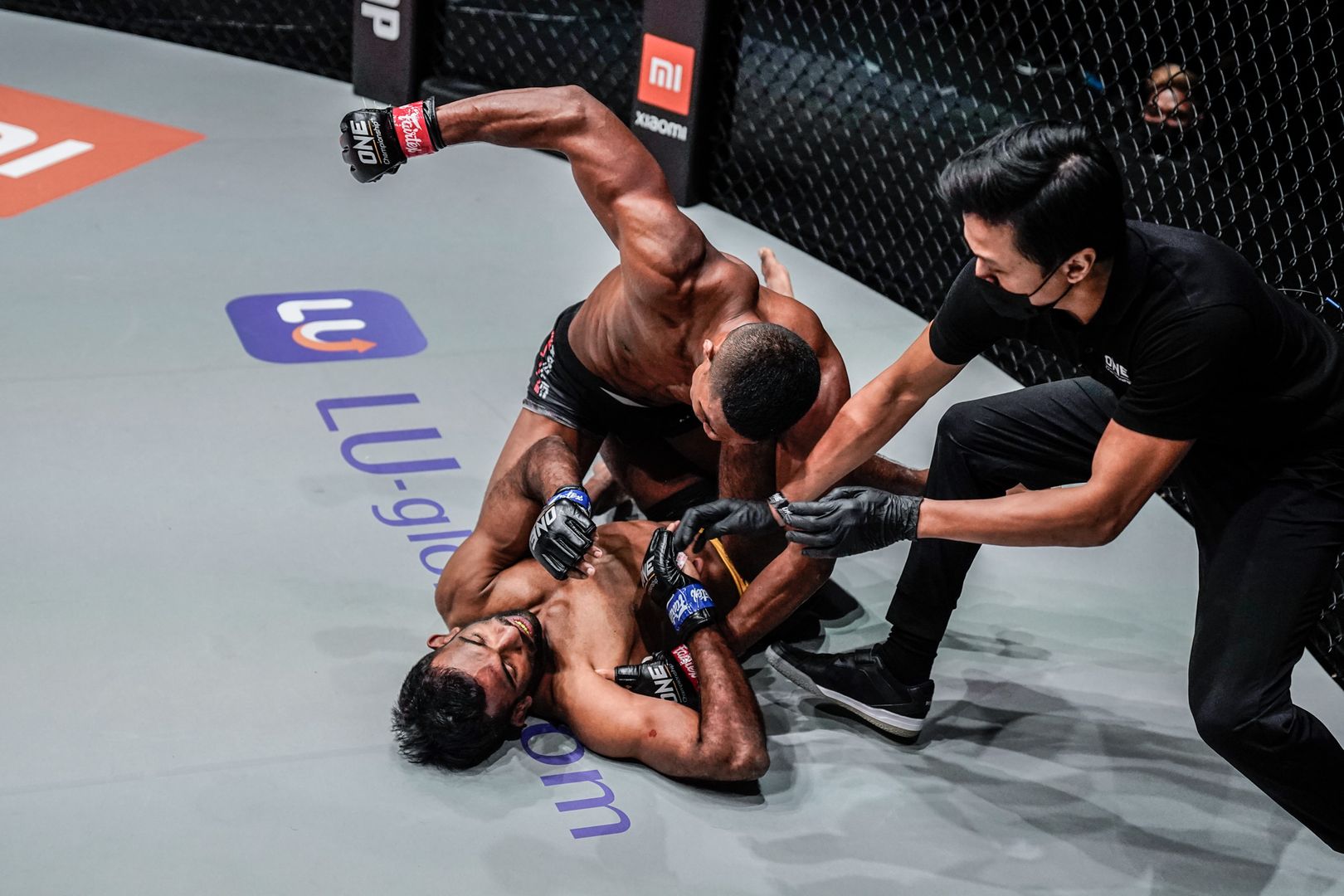 “The Kerala Krusher” eventually got his takedown late in the round, but Khan sprung back up to his feet and set up the highlight-reel finish.

Ultimately, all the Singaporean needed was a little bit of separation from Raju in the clinch. The moment that happened, he unleashed a lightning-quick elbow that floored the Indian and then began to unload his ground-and-pound. With that, the referee jumped in to stop the bout at the 4:47 mark of the first round.

An emotional Khan talked to Steve Dawson after the bout and paid tribute to his ailing father.

“It definitely feels good. Me and my coaches, we’ve been working so hard. All I wanted to do was get back in the knockout column and make my dad proud, and that’s what I did,” the Evolve standout said.

“He’s barely walking right now, but he’s been with me the whole fight week. He’s just so strong. I just wish I can be half of the man he is. Thanks, dad!” 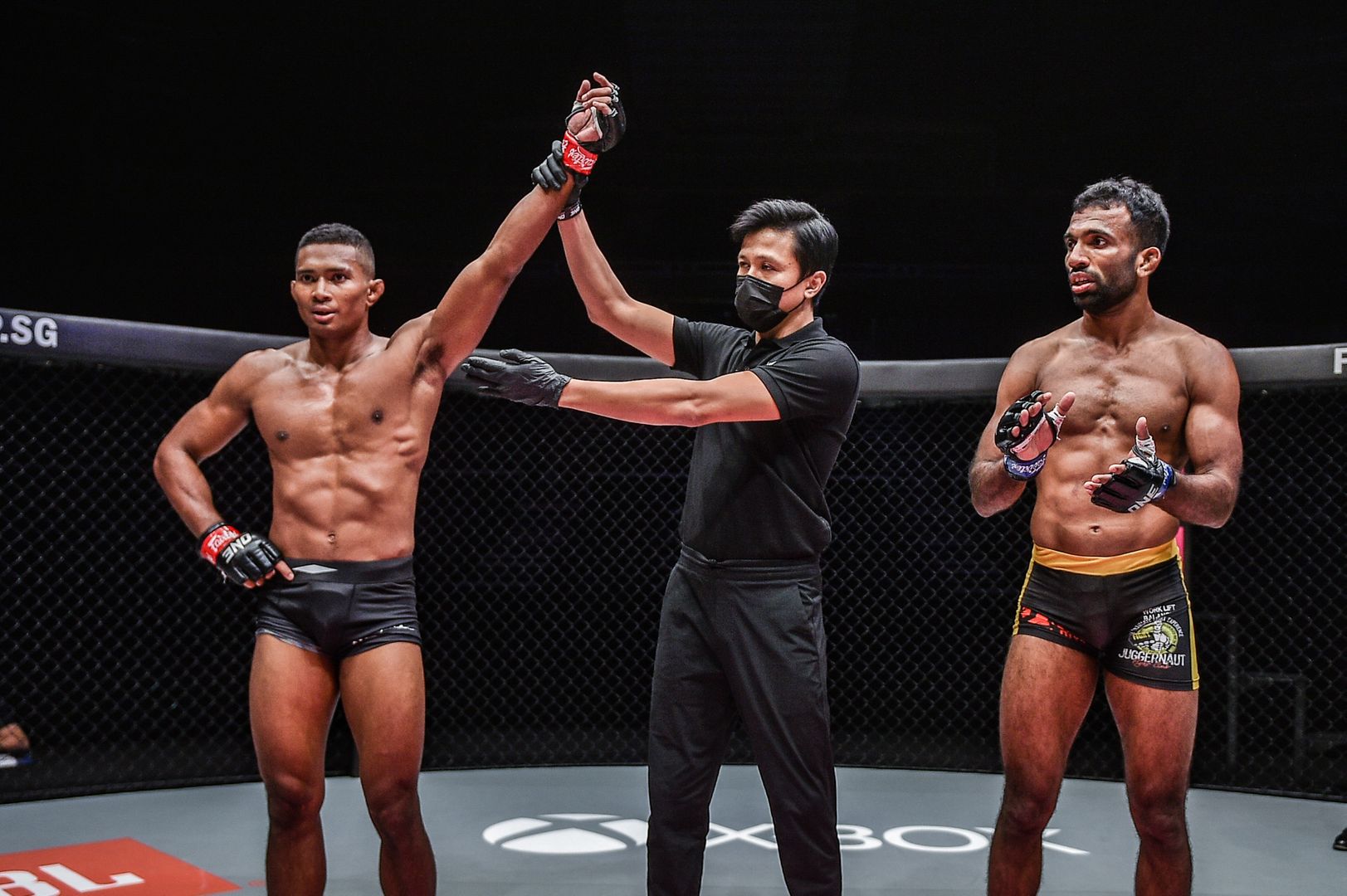 The win improved Khan’s record to 13-7, who rebounded from a recent tough stretch and became the sole knockout king of ONE Championship with a total of nine finishes via KO or TKO in the promotion.

Even after the big win, Khan promised that his best is yet to come.

“It feels good, [but] I’m not gonna get into my head,” he said. “I’m gonna stay grounded. This isn’t my final form. I’m just working to get better each day. That’s my only focus.”