ONE Championship is planning to end 2017 in style.

On 9 December, Asia’s premier martial arts organization will stage ONE: WARRIORS OF THE WORLD, its final spectacle of the calendar year, at the Impact Arena in Bangkok, Thailand.

As the event draws near, get ready for the massive show by reliving these 10 incredible finishes from the heroes who will be competing at ONE: WARRIORS OF THE WORLD.

It ain't over till the fat lady sings… or the fit man taps.

Posted by ONE Championship on Tuesday, October 11, 2016

Pacio frustrated the Japanese submission ace at first, repeatedly defending the champion’s takedowns and peppering him with pinpoint striking. But Naito was persistent, and in the third stanza, he wrapped around the Filipino’s body and locked in a suffocating rear-naked choke to score the win, retain the belt, and keep his undefeated record intact.

Brazilian jiu-jitsu world champion Alex “Little Rock” Silva was given a difficult opponent in undefeated Japanese wrecking ball Hayato Suzuki at ONE: LEGENDS OF THE WORLD this past November. But Silva made it look all too easy. On this night, BJJ prevailed over Suzuki’s world-class wrestling.

Suzuki quickly brought the Brazilian to the mat with a double-leg takedown. Before he could do any damage, however, Silva locked in a high rubber guard, rolled around, and methodically worked in a crafty armbar. It was so tight, Suzuki was forced to tap just a minute and a half into the first round.

Thailand’s Shannon “OneShin” Wiratchai was supposed to meet Rob Lisita at ONE: KINGS & CONQUERORS this past August, but Lisita was replaced on short notice by India’s Rajinder Singh Meena.

The change in opponent didn’t matter. Wiratchai was not fazed at all. Just 29 seconds into the contest, Meena grabbed the Thai’s leg for a takedown. Wiratchai, however, defended perfectly, and countered with a devastating that knocked the Indian striker out. “OneShin” hardly broke a sweat. 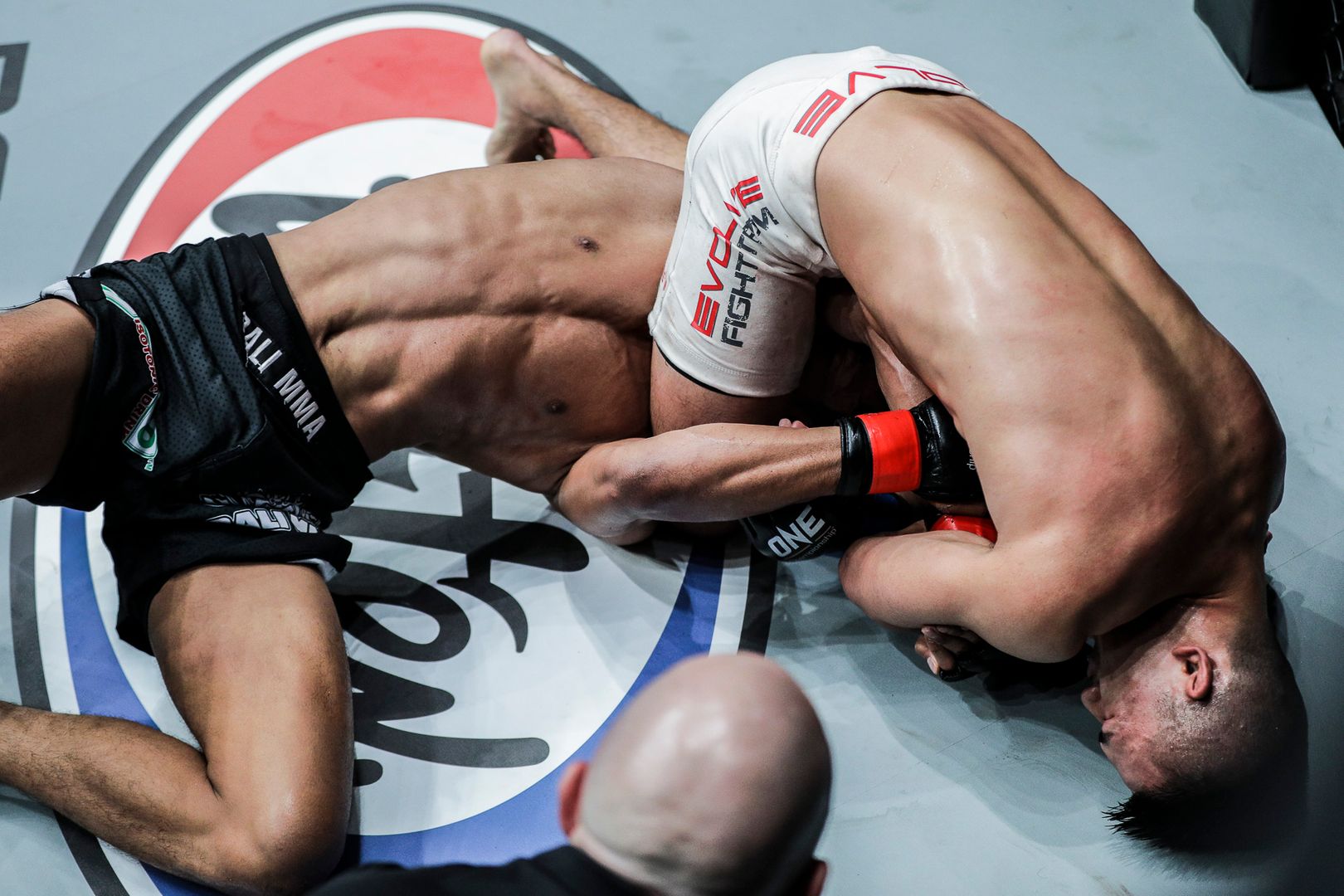 After having the bout rescheduled three times, Singapore’s Christian Lee finally squared off against Malaysia’s Keanu Subba at ONE: QUEST FOR GREATNESS in August. It was a thrilling encounter, but in the end, “The Warrior” prevailed.

Throughout the bout, fiery grappling and striking exchanges ensued. Lee, however, seemed to be the fresher of the two combatants, and continued to wear Subba down. A minute into the final stanza, Lee locked in a triangle choke from top position before transitioning into a match-ending armbar.

Japan’s Kotetsu “No Face” Boku continues to prove that age is only but a number.

The 40-year-old engaged in a war with Eric Kelly at ONE: KINGS & CONQUERORS in August, and was nearly knocked out in the early going. But he persevered, eventually coming back to stuff his tiring foe’s takedown attempt, take his back, and deliver some relentless ground strikes to force a referee stoppage in the third round.

Multi-time Muay Thai world champion Sagetdao “Deadly Star” Petpayathai continued his flawless transition to the cage with a devastating victory over Egypt’s Mahmoud Mohamed at ONE CHAMPIONSHIP: SHANGHAI this past September.

A minute into round one, Mohamed clinched with Petpayathai against the cage, which proved to be a costly error. The Muay Thai legend got his footing down, created separation, and blasted the Egyptian with a cross elbow, which dropped the Egyptian. Following a premature celebration, he returned to finish the job with more elbows.

Next, he looks to engage Jimmy Yabo in a stand-up war.

Former ONE Strawweight World Champion Dejdamrong Sor Amnuaysirichoke is building momentum towards a much-desired title rematch, and at ONE: QUEST FOR GREATNESS in August, he got the ball rolling even faster.

Much like he did to Catalan’s brother Rene three years earlier, “Kru Rong” stuffed the Filipino’s takedown attempt early in the second round, and landed an onslaught of incredibly destructive knee strikes that ultimately forced the referee to wave off the contest.

In his next act, the Thai welcomes former flyweight world title contender Riku Shibuya to the strawweight division.

A BIG win for 'Tiny Doll'!Check your local listings for global broadcast starting at 8.30pm (Singapore time) or watch live at oneppv.com.

Two months following a successful debut, Thailand’s Rika “Tinydoll” Ishige doubled down and faced Indonesia’s Nita Dea at ONE: DYNASTY OF HEROES, where she displayed another facet of her game.

Ishige was rocked early by Dea’s strikes, but soon the match hit the ground. There, “Tinydoll” unveiled a solid grappling game and threatened multiple times with tight submissions. In the end, it was a rear-naked choke that got the job done that night.

Now armed with improved striking and submission skills, Ishige hopes to bounce back from her first career loss against Rome Trinidad in Bangkok. 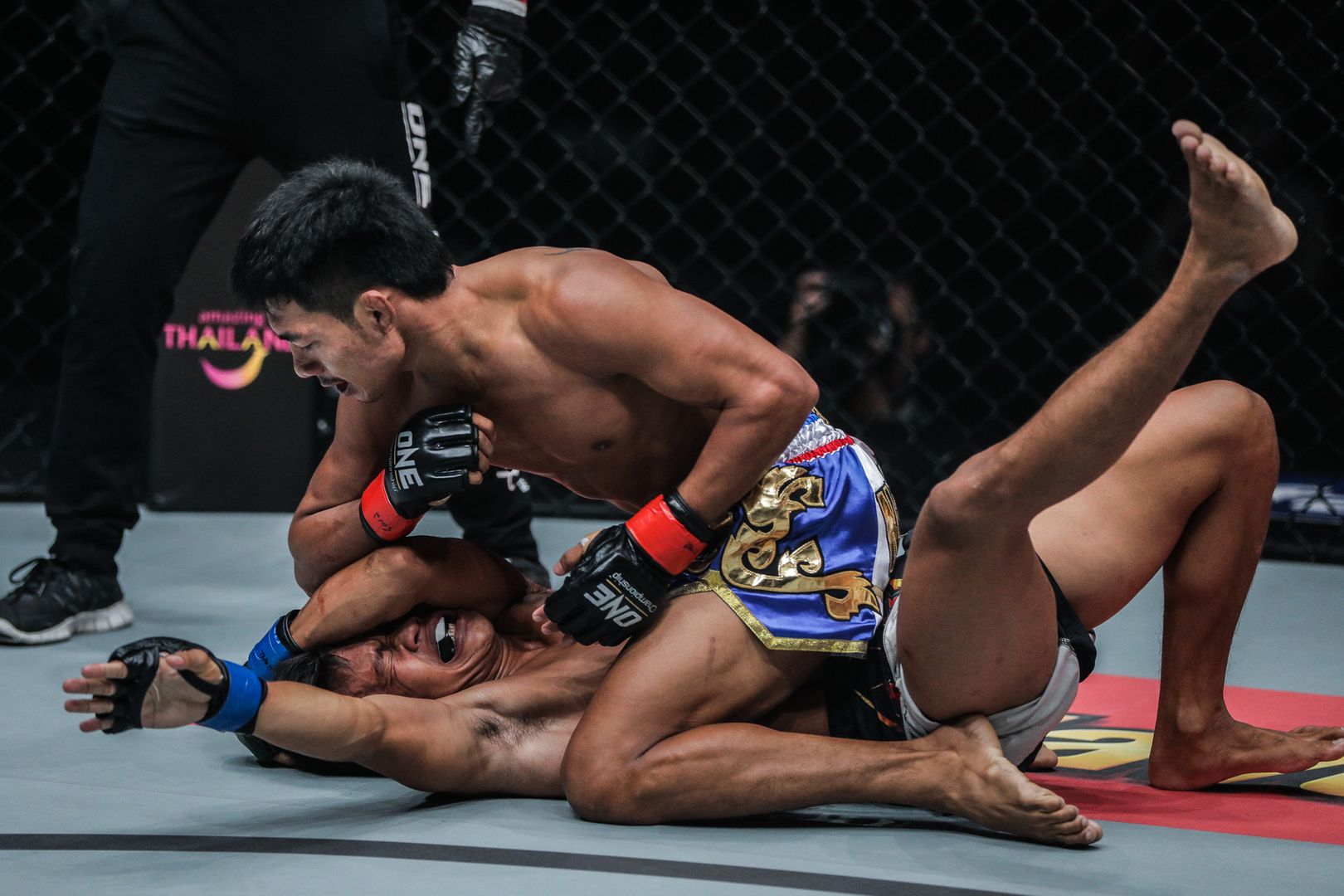 In March, Thai wrestling champion Kritsada “Dream Man” Kongsrichai delivered a spectacular performance that sent his countrymen into a frenzy.

At ONE: WARRIOR KINGDOM in his home country of Thailand, he was stunned by Adrian “Papua Bad Boy” Matheis soon after the opening bell rang. But Kongsrichai recovered, picked up his opponent, and ran across the cage before slamming the Indonesian to the canvas. He would bring Matheis to the mat once more, before delivering a fierce ground and pound onslaught that spurred the referee to call off the bout halfway through round one.

“Dream Man” will attempt to bring a nightmare to Rabin Catalan, next. 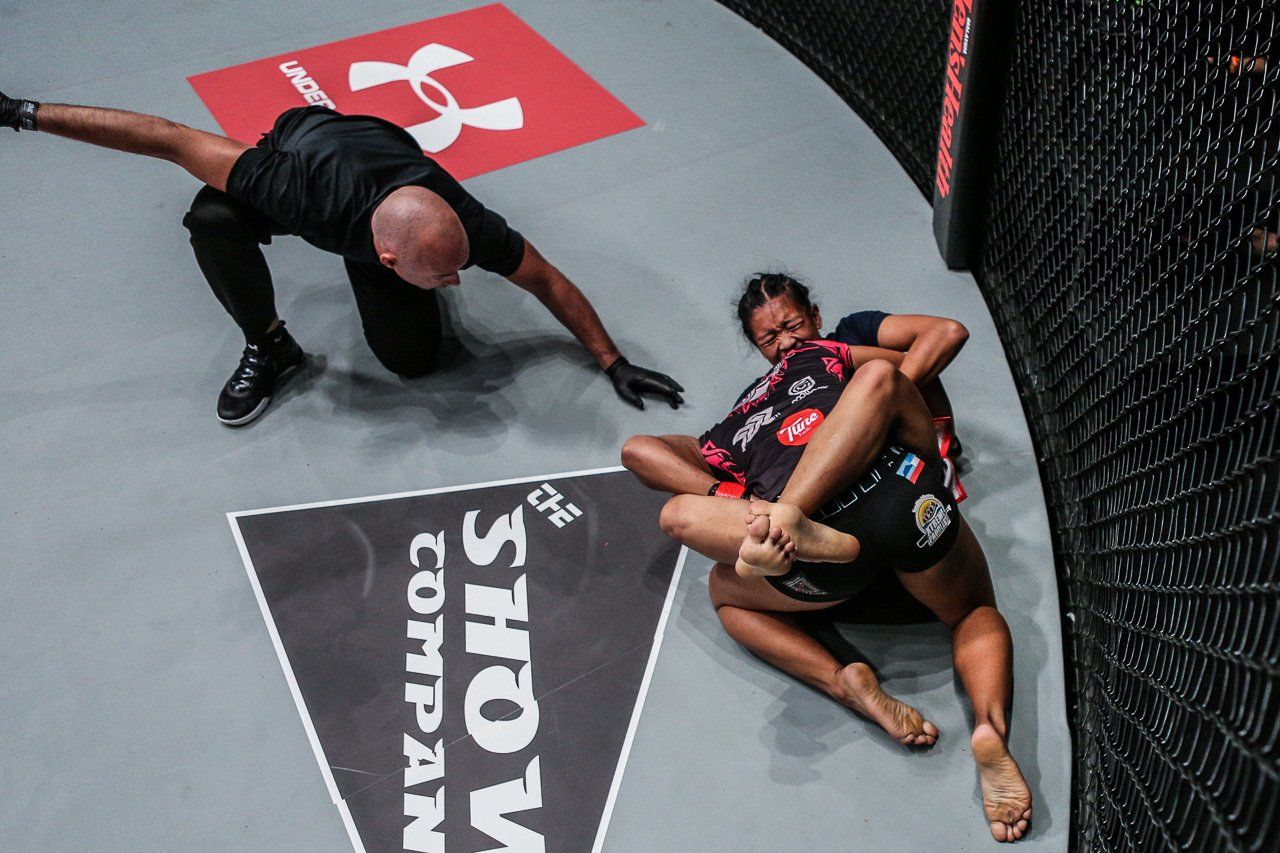 Team Lakay’s April Osenio may have been one of the newer names in the promotion, but she earned considerable fame with a stunning defeat of Malaysia’s Ann Osman at ONE: UNBREAKABLE WARRIORS in September 2016.

It was a back-and-forth grappling affair, as the two traded favorable positions. But with a minute remaining in the first round, Osman went for a takedown and left her neck open. Osenio pounced to lock in a guillotine choke, which only tightened when she was taken down. The Malaysian had no choice but to tap.