Dejdamrong Sor Amnuaysirichoke was looking to make a statement as he stepped into the Stadium Negara in Kuala Lumpur, Malaysia, for his match at ONE: QUEST FOR GREATNESS on Friday, 18 August.

Consider it mission accomplished, as the former ONE Strawweight World Champion picked up his second-straight knockout victory. The 38-year-old Thai blasted Robin “The Ilonggo” Catalan with knee strikes to get the finish at 46 seconds into the second round. 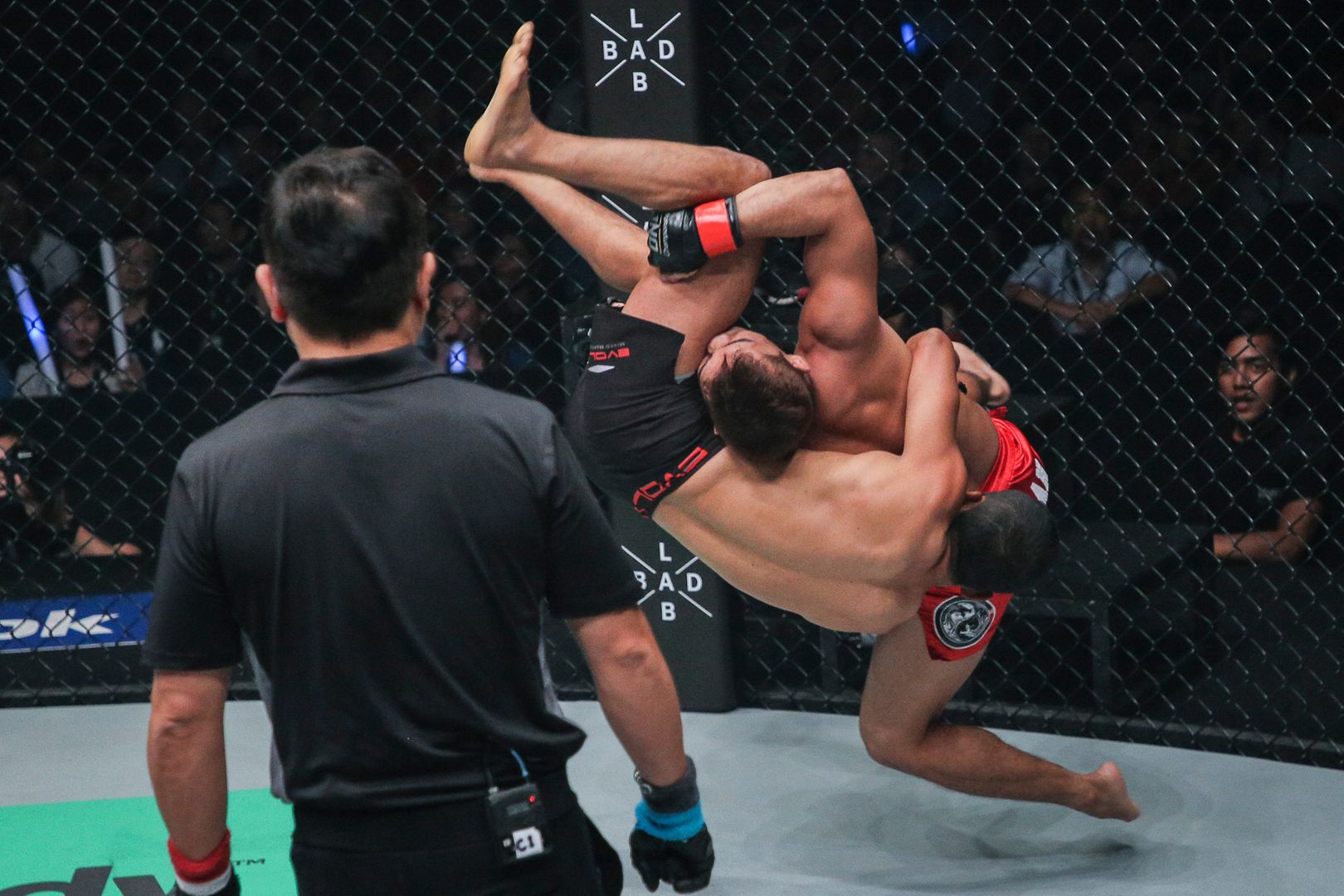 It was not an easy victory by any means, however, as the 27-year-old Catalan gained an early advantage. He brought the crowd to its feet as he got underneath Amnuaysirichoke, elevated him into the air and brought the Thai crashing back to the mat with a powerful slam.

This resulted in a scramble, as both competitors looked to improve position. As time ticked away, the Filipino did a better job advancing his offense on the ground, while looking to take the back as he stayed on the attack. 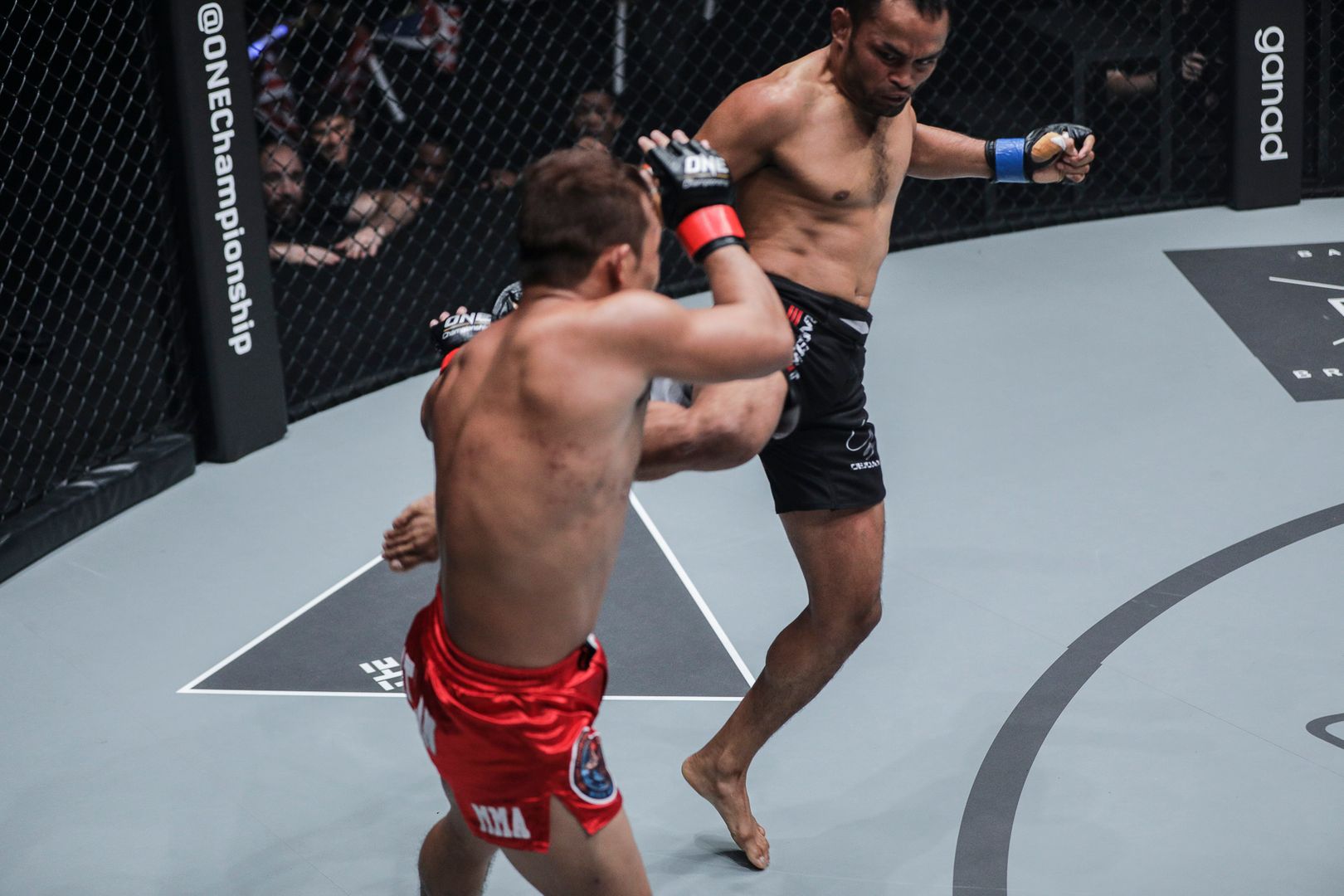 Amnuaysirichoke, however, was able to get back to his feet, where he started to apply his world-class Muay Thai striking. To Catalan’s credit, he did a good job in not taking too much damage before the round came to an end.

While “The Ilonggo” seemed to have the edge in the early going, the former world champion was not going to be deterred. Almost immediately after the referee released the athletes from their corners, Amnuaysirichoke went after Catalan with everything in his arsenal, before locking up in a classic Muay Thai clinch on the feet. 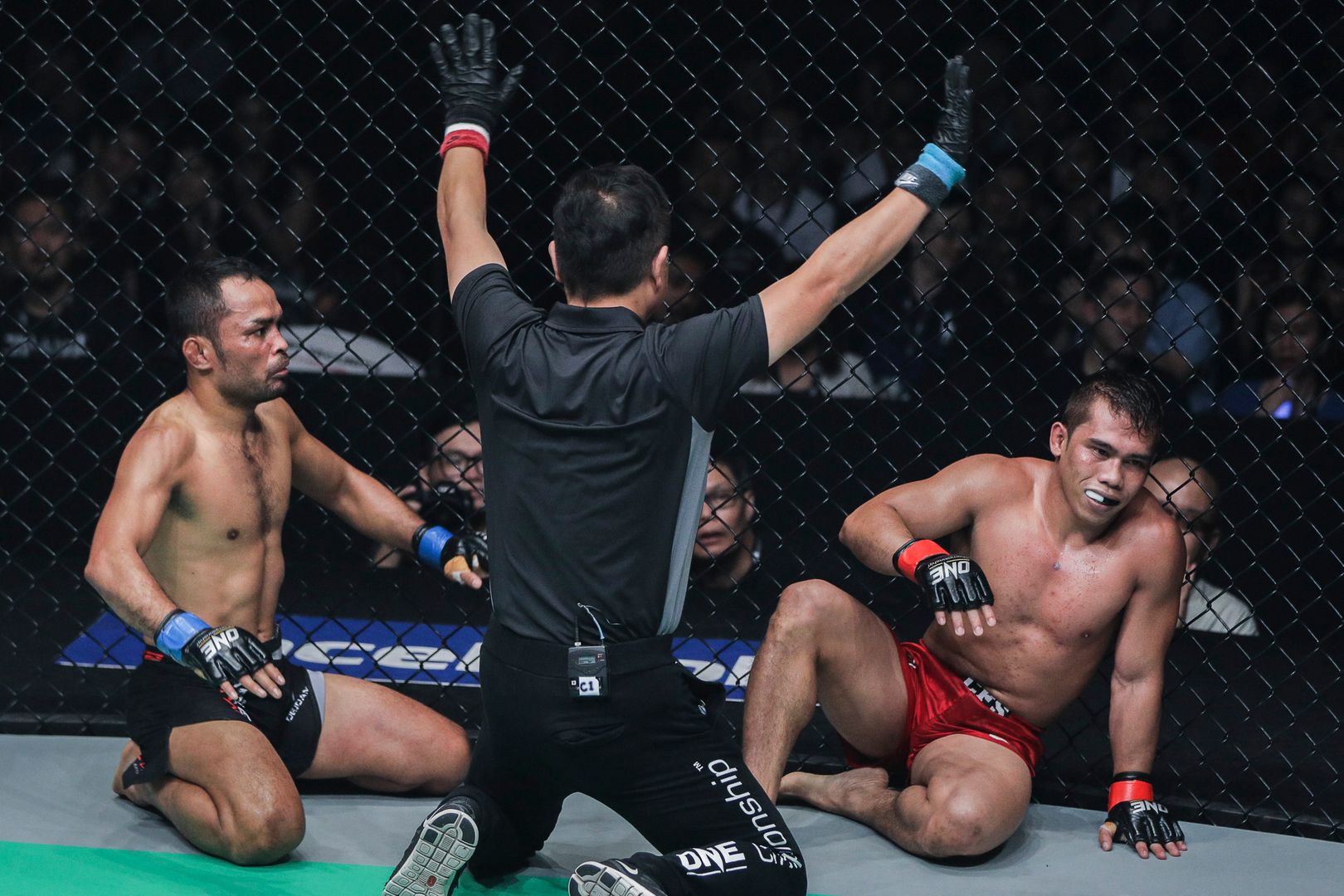 From there, he unloaded with rapid-fire knee strikes and elbows until Catalan crumbled to the mat. The former strawweight titleholder kept firing away until referee Yuji Shimada saw enough and stopped the contest at just 46 seconds into the frame.

It was a very impressive performance from Amnuaysirichoke, as he picks up his second win in a row while trying to get back into the ONE Strawweight World Title picture. Judging by his last two performances, which both ended in knockouts, he cannot be too far away from another crack at gold. He elevates his record to 8-2. His Filipino opponent, however, drops to 6-3.