A highly-anticipated showdown between two elite world-class grapplers ensued in the ONE Championship cage on Friday, 10 November. It was a tremendous showcase of ground technique, as Alex “Little Rock” Silva of Brazil made short work of Japan’s Hayato Suzuki, and impressed the crowd with an incredible display of Brazilian jiu-jitsu mastery.

The two locked horns on the main card of ONE: LEGENDS OF THE WORLD, which took place at the Mall of Asia Arena in Manila, Philippines. In the end, it was Silva who emerged victorious, tapping Suzuki out with a deep armbar submission at 1:22 of round one.

Much has been said about Suzuki’s world-class wrestling and overall skill set, but in the end, none of it mattered, as the BJJ world champion from Evolve MMA showed off his skills. 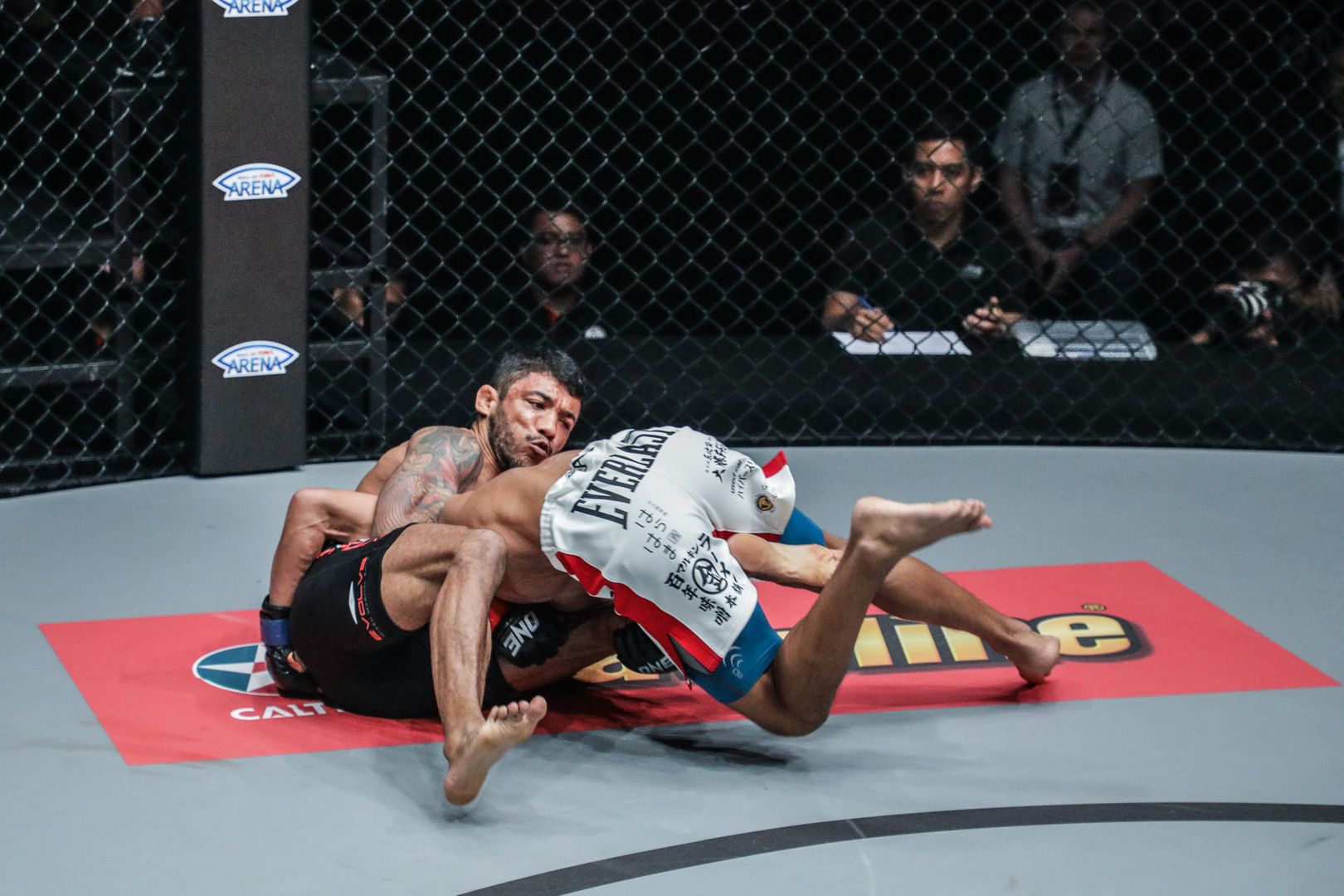 After a brief feeling out period, Suzuki shot in for a double leg takedown. Although successful, the move turned out to be ill-advised. On the mat, Silva easily used a high rubber guard to bridge into mount before spinning into an armbar, which ended matters early.

With the victory, “Little Rock” earns his fifth straight win in ONE Championship — all by submission — and improves his professional record to 6-1. AMeanwhile, Suzuki suffers the first loss of his professional career, falling to 17-1-2 overall.

With such a sensational run, Silva is in a great position to make a run at the ONE Strawweight World Championship, which is currently held by Japan’s Yoshitaka “Nobita” Naito.