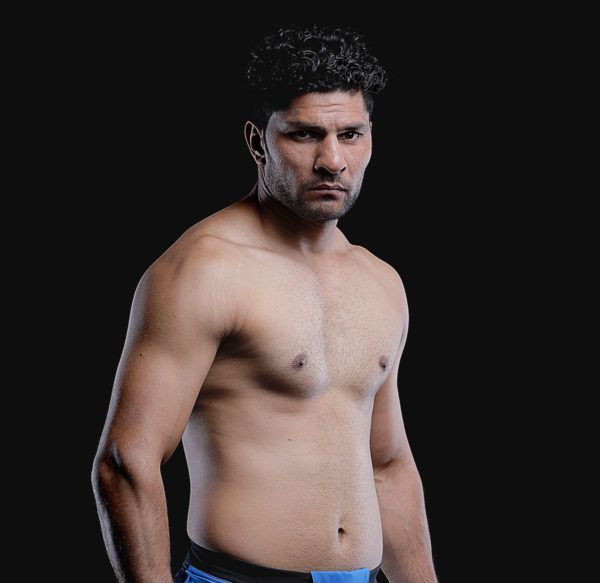 Rajinder Singh Meena is one of India’s top lightweights, being a five-time National Wushu Champion, two-time National Kickboxing Champion, and Regional Boxing Champion. Meena has also been to the Wushu World Championships, and won a silver medal in Wushu at the Southeast Asian Games.

After making the jump into the cage, Meena quickly accumulated an impressive professional record competing for the country’s top two promotions, racking up eight stoppage wins to claim the SFL Lightweight title, adding to his already impressive collection of silverware in other combat sports. These accolades earned him a place on the ONE Championship roster, and at ONE: AGE OF CHAMPIONS, Meena faced the biggest test of his career in his promotional debut when he took on Malaysian superstar Peter Davis.

Determined to establish himself in ONE’s stacked lightweight division, Meena never gave up on his quest for international success. He recently took a huge step towards that goal, when he defeated top Chinese talent Zhang Ze Hao via submission to showcase his growing skills.

Avg. Bout Duration
01m : 54s
Total Duration
0h : 09m : 30s
STAY IN THE KNOW Join our mailing list!
Subscribe
Get The ONE Super App The Home Of Martial Arts
Open In App
WATCH.ONEFC.COM Gain access to LIVE events
WATCH
Opponent
Event
View Highlights
Stay in the know
Take ONE Championship wherever you go! Sign up now to gain access to latest news, unlock special offers and get first access to the best seats to our live events.
By submitting this form, you are agreeing to our collection, use and disclosure of your information under our Privacy Policy. You may unsubscribe from these communications at any time.