Former ONE Featherweight World Champion Honorio Banario was born into poverty and learned hardship at an early age, working on farms ever since he was a young child. However, when he was 16, he picked up martial arts in order to protect himself from bullies, overcome his low self-esteem, and keep himself away from vice. It proved to be a decision that would change his life forever, and shoot him to international fame.

Banario earned a wushu scholarship to attend the Cordillera Career Development College in Baguio and won several national tournaments. Although he spent most of his time competing against Team Lakay, he was intrigued by an invitation to train with them, and decided to take it up. Under the guidance of head coach Mark Sangiao, he developed into one of the team’s top mixed martial artists, winning his first six bouts by stoppage and claiming a Filipino championship in the process. He successfully defended the belt with another first-round submission, and was rewarded with a ONE Championship contract.

ONE Championship is where Banario scored the biggest win of his career, as he stopped the previously-undefeated Eric Kelly in the fourth round to become the inaugural ONE Featherweight World Champion. After losing his belt in a series of setbacks, he decided to make the move to lightweight. It is a move that paid off handsomely, as Banario then blazed a trail through the division with impressive victories over several tough opponents to once again emerge as a top contender. 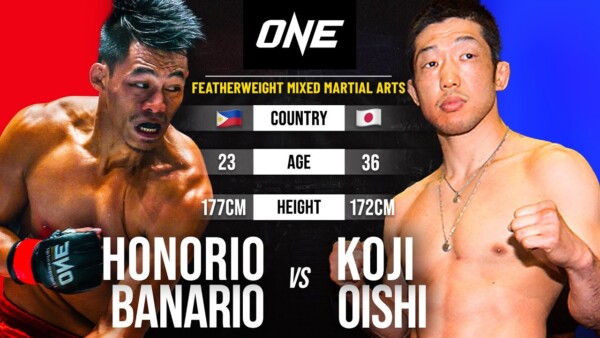 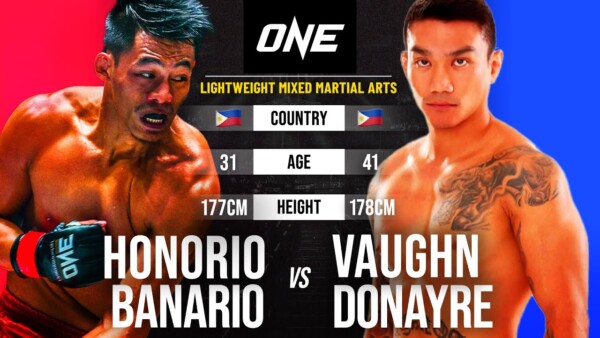