Honorio “The Rock” Banario is living the dream.

The 30-year-old is a former ONE Featherweight World Champion, he trains at the most popular martial arts gym in the Philippines, and he is set to face the legendary Shinya “Tobikan Judan” Aoki at ONE: CENTURY PART II on Sunday, 13 October.

Even though he is a star in the world’s largest martial arts organization, “The Rock” never thought he would be a professional athlete. In fact, his childhood dream was vastly different.

“When I was a kid, I really admired police officers because they looked very respectable, and I also wanted to serve the country,” the Benguet native says. “That was my main goal.”

Banario wanted to protect his countrymen, keep the streets clean from drugs and violence, and help erase the negative stigma surrounding the police force.

With that in mind, “The Rock” studied Criminology at the Cordillera Career Development College and started the process of turning his childhood dream into a reality.

“There was a lot of bad news about police officers, like being corrupt or harassing people using their power,” he explains.

“In our province, those who were not properly educated were really afraid of police officers because of their bad reputation. It was an image that I wanted to change as a police officer. 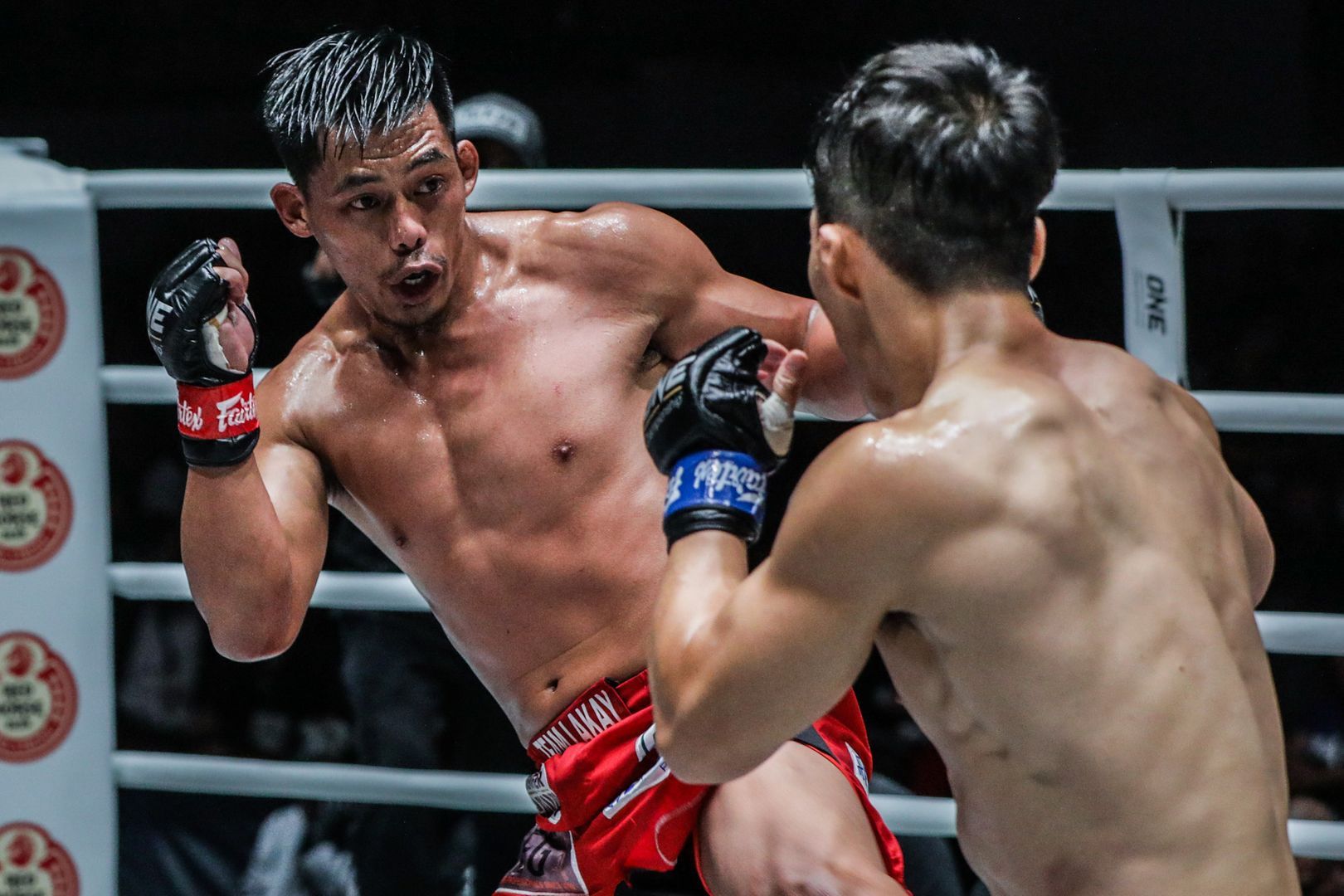 After earning his Bachelors Of Science in Criminology in 2009 and passing the board exam for the police academy, Banario was steps away from achieving his dream.

But soon, he found himself at a fork in the road.

The Filipino was a top athlete in his college’s wushu program, and he even joined the national junior wushu team, which was coached by Mark Sangiao. Soon, he trained at Sangiao’s Team Lakay gym in Baguio City and won his mixed martial arts debut in February 2010.

Banario possessed a natural aptitude for competition, and that made him reconsider his goals.

“In a traditional family, they expect you to find a profession based on what you studied. However, there can be a lot of professions out there for us if we work for it,” he says.

“For me, I wanted to show that being a police officer is not the only path I can take.”

“The Rock” carefully weighed his options, and he quickly realized the call to become a martial artist was too strong to ignore.

He took it as a challenge to not only prove something to his family, but also to pursue a new journey.

“Martial arts is the path I have chosen because even if it’s difficult, I really wanted to do it,” he continues.

“I love this sport, and this is the sport that has helped me bring honor to the country, so I didn’t want to stop doing it.

“I believe that a lot of people can become a police officer, but not a lot can become a World Champion. It is a road that is chosen by few, with an even smaller number of people being able to reach a place where they can compete at the highest level of the sport.” 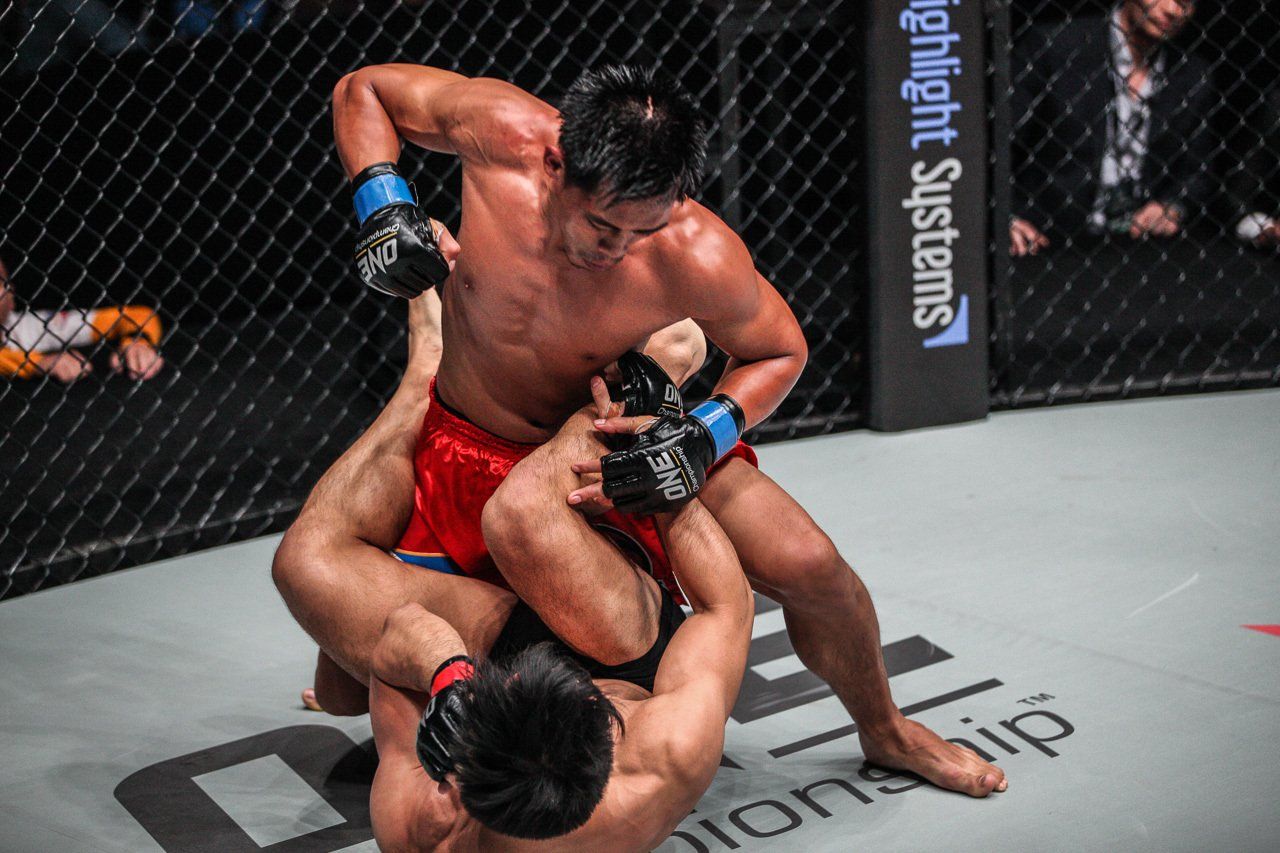 Banario may have altered his career path, but he never gave up on the goals he originally wanted to achieve.

As a mixed martial artist in ONE Championship, he is still able to fulfill his aspirations of serving the Philippines and his compatriots.

“Some of the youth today look up to martial artists the same way I looked up to police officers back then,” he says.

“On my part, I try my best to become a worthy role model by practicing the virtues of martial arts. I also think that I am still able to represent the country through the sport, and in a way, I am still serving the country.

“While police officers serve the people by protecting them on the streets, we, as martial artists, serve the country by representing it on the global stage and showing everyone what Filipinos can do.” 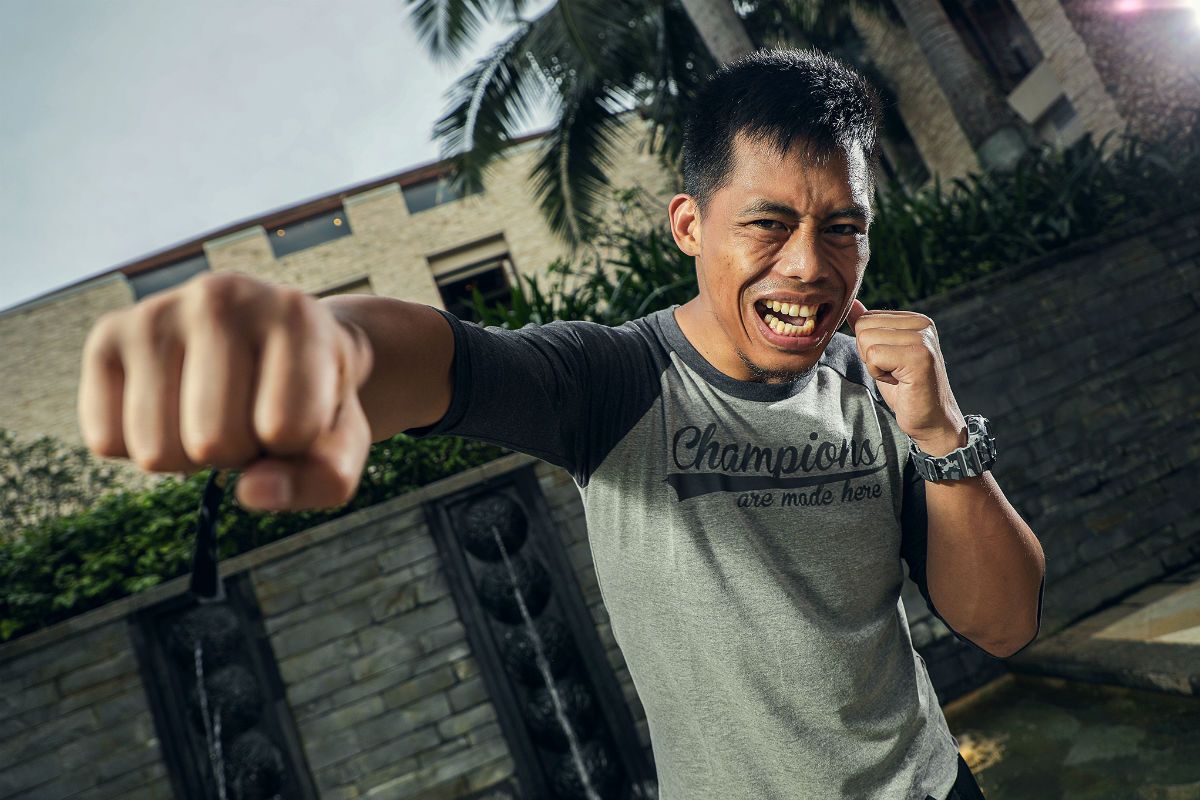 “The Rock” will represent his nation on the global stage once again when he collides with Aoki in a lightweight showdown at ONE: CENTURY PART II from the Ryogoku Kokugikan in Tokyo, Japan.

Going toe-to-toe with the Japanese martial arts icon is the kind of challenge that excites Banario in his chosen path, and he is determined to continue moving forward instead of imagining what could have been.

“Right now, there are no regrets,” he offers. “I want to do the best I can in order to have a long and accomplished career in martial arts so that it will stay that way.”