Coming into the bout, the 38-year-old Mahmoud knew he would be unable to stand with the Thai legend, and quickly closed the distance following the opening bell. That, however, proved to be his undoing. 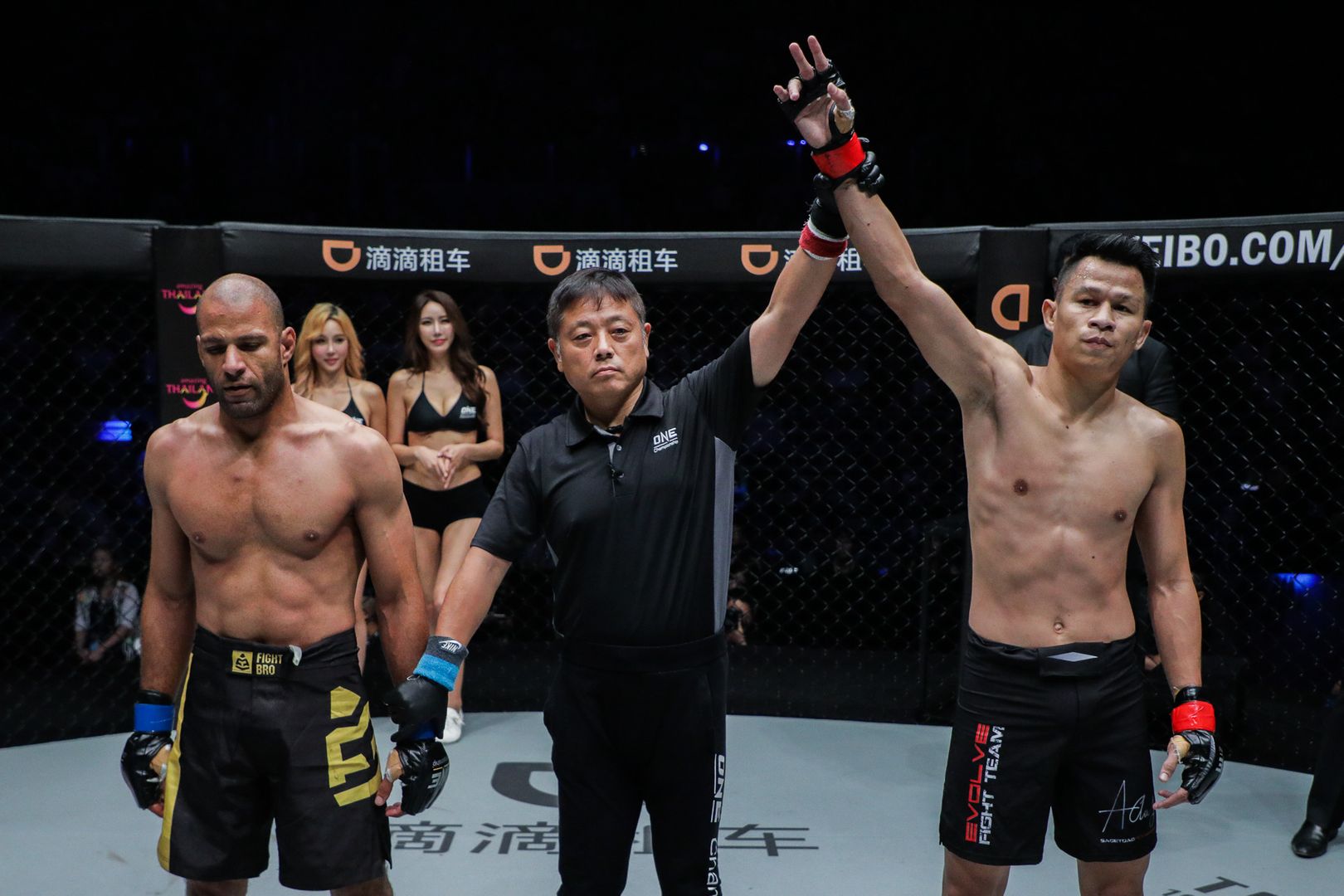 After jostling in the clinch, “Deadly Star” was able to create just enough distance to uncork a blistering elbow, sending the Cairo, Egypt native crashing to the canvas. Petpayathai mistakenly believed the referee would halt the bout, and celebrated a little prematurely.

A quick gesture from the referee soon put an end to that, but “El Deep” was still in deep trouble. The Thai went right back to work to land a series of elbows, scoring the knockout for real at 1:41 in the first round.

Petpayathai builds upon his impressive debut back in March with his second consecutive first-round stoppage. As a result, he improves his professional record to a perfect 2-0. Mahmoud’s search for a win inside the ONE cage rages on. He is now at 4-5-1.