After almost two years of chasing his dream match, Petchmorakot Petchyindee Academy will finally get his chance to battle for a ONE Super Series World Title in the main event of ONE: WARRIORS CODE.

On Friday, 7 February, the 26-year-old from Thailand will face Jamal “Kherow” Yusupov for the inaugural ONE Featherweight Muay Thai World Championship in Jakarta, Indonesia.

Having competed in ”the art of eight limbs” since he was a child, the Ubon Ratchathani native is fired up to claim the sport’s biggest prize at the Istora Senayan to make his people proud and change his life forever.

“It is very important to me. This Muay Thai title needs to stay with the Thai people, and this belt is my dream to have. It will bring honor to myself, my family, and my gym,” he says.

“There is a lot riding on this fight. Winning will improve the lives of my family. I’ve got the land waiting in Ubon, and if I win, I will build a house for myself, my wife, and kids so that I have somewhere to live when I retire.”

It is no surprise that Petchmorakot was chosen to be part of his historic match-up due to his 158-35-2 record, history as a four-time World Champion, and his superb performances under Muay Thai rules in The Home Of Martial Arts.

He sealed his fate last November in stunning fashion when, after a tentative first round, he turned up the heat in the second stanza to knock out England’s Charlie Peters with a stunning knee to the body.

However, there was probably no finish more jaw-dropping last year than the one Yusupov authored against Yodsanklai IWE Fairtex a week before. The Russian signed up to make his ONE debut with just a few days’ notice, but still scored an incredible KO.

It was the first time “The Boxing Computer” had been stopped in almost 15 years, and the world was shocked, including Petchmorakot.

“I watched the fight live via the ONE Championship app. At the time I didn’t know we were fighting but I figured that after beating Yodsanklai, that we would eventually meet,” he says.

“I was surprised he was able to knock Yodsanklai out. I’ve never seen him get knocked out before. He [Yusupov] is a dangerous fighter.”

After stopping the martial arts world in their tracks, Yusupov is looking to prove his success was no fluke, but Petchmorakot is determined to gain redemption for Thailand.

The Russian may pack a punch, but the 25-year-old from Bangkok has no doubt that this five-round match-up favors him. 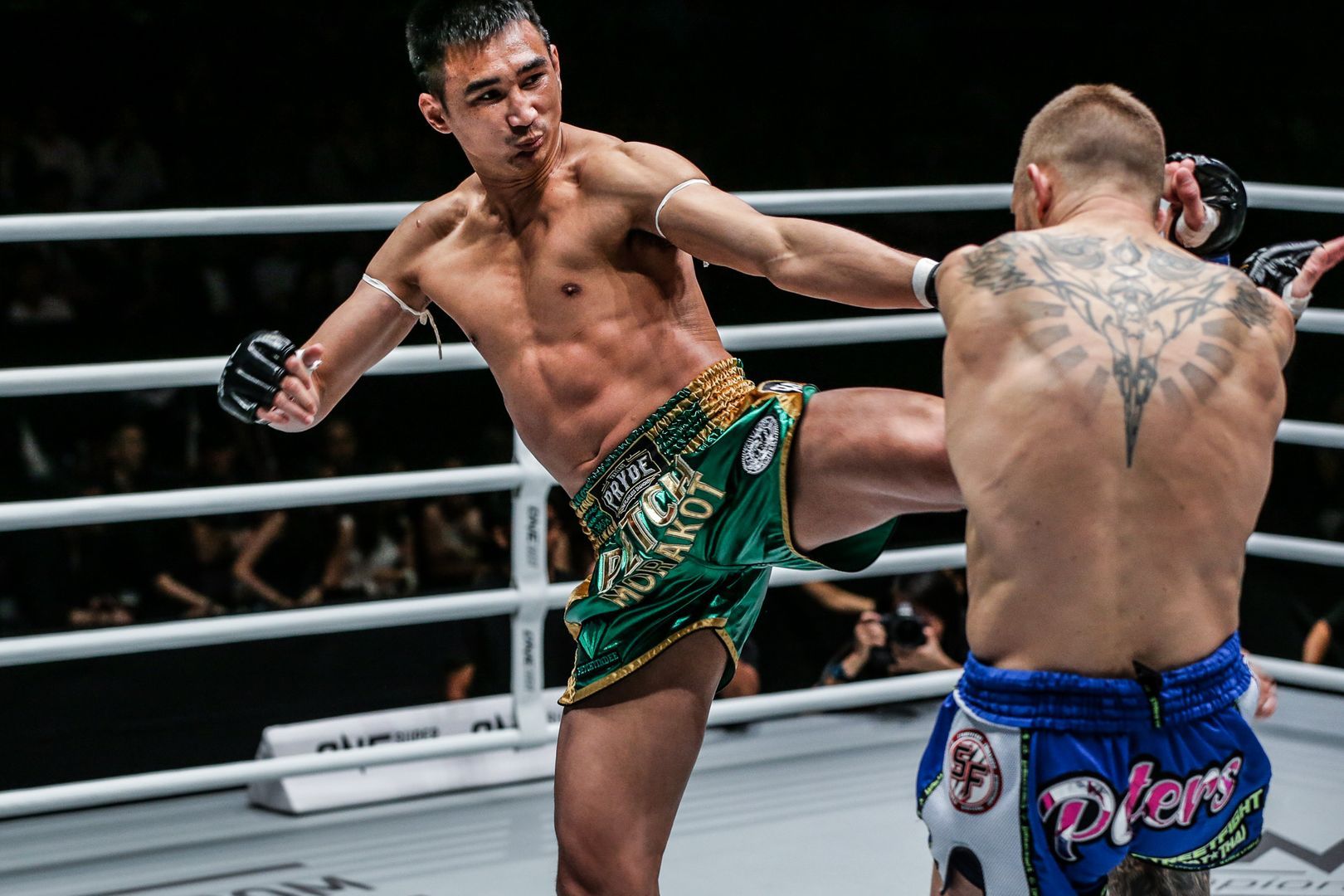 “I don’t think this will be a difficult fight for me – I’ve just got to defend against his punches,” he says.

“My overall game will beat him easily. I think because of his age, five rounds will be a lot harder on him, too. My plan is to really pick up pace in the final three rounds.

“My major advantage is fighting under Muay Thai rules. He’s not good in the clinch either. I will be much better here. My goal is to win by knockout.”

Though he is beaming with confidence, Petchmorakot did not win a quartet of World Titles before he arrived on the global stage by underestimating his opponents.

He has a game plan to follow and he is training harder than ever to make sure he can implement it – utilizing the old-school Thai methods and the state-of-the-art training facilities at Petchyindee Academy to give fans a performance to remember.

“His punches are dangerous, I can’t be careless,” he says.

“We’ll be fighting with the small gloves, but I am not scared because I have elbows to counter. I’m really confident about this fight, definitely, 100 percent. I want to make it exciting, push the pace and not let him breathe.”