After spectacular stoppages in his first two ONE Championship bouts, Reinier “The Dutch Knight” De Ridder is sure he will continue his streak at ONE: WARRIOR’S CODE – even though he will face the most dangerous challenge of his career.

On Friday, 7 February, the native of Breda, Netherlands, will face Leandro “Wolf” Ataides in a high-stakes middleweight match-up in the evening’s co-main event in Jakarta, Indonesia.

The encounter will have a little extra spice because an impressive win for either man could thrust them into top contention and set them up for a World Title bout later this year. De Ridder thought he had done enough to book a date with Aung La “The Burmese Python” N Sang after his second-round KO over Gilberto “Giba” Galvao at ONE: LEGENDARY QUEST. However, the division’s top dog is not yet back in the mix after his return to light heavyweight and epic defense of his other belt against Brandon “The Truth” Vera.

“The Dutch Knight” was in no mood to wait any longer for the opportunity to materialize and decided he would much rather get back in the Circle as soon as possible.

“I don’t want to hang around. I’m in the prime of my career, I can beat all of these guys, so I just want to be active,” he explains.

“I want to fight three or four times a year. I don’t really mind who they put in front of me, so when they came to me with this Brazilian, I just said, ‘Yes, alright.’”

Another impressive victory – especially against such a highly-regarded opponent like Ataides – could put the Dutchman head and shoulders above the rest of the chasing pack, but he does not need the incentive of a World Title shot to motivate him.

De Ridder is fueled by his love for mixed martial arts, and that is why he will be ready to take on this huge challenge inside the Istora Senayan next month, even after six months outside the Circle.

“I just love this, man. I love being in the gym, I love sparring, I love the guys – I would do this even if there weren’t any fights for the rest of my life,” he asserts.

“I am always on the mats. I like the brotherhood and the camaraderie. I like the skill. I’ve literally been training just as hard as if I was fighting the whole time. I’m just as sharp as always.”

His upcoming adversary is one of the middleweight division’s most-seasoned campaigners. Ataides is a former World Title contender who has scored knockouts in four of his five ONE victories – including a highlight-reel finish of the former ONE Middleweight World Champion Vitaly Bigdash.

The Brazilian is also on a three-bout winning streak against some top opposition, and “The Dutch Knight” knows he has to be wary of the hard-hitting Nova União man. Still, he believes he will have the upper hand when they square off in Jakarta.

“To me, he is very similar to the last Brazilian guy I fought – almost identical,” De Ridder suggests.

“I’ve been kickboxing like crazy and I’ve really sharpened everything down. Gegard [Mousasi] has been a tremendous help with that, so I’ll strike with him a little bit, then I’ll take him down, do what I have to do and finish him.” 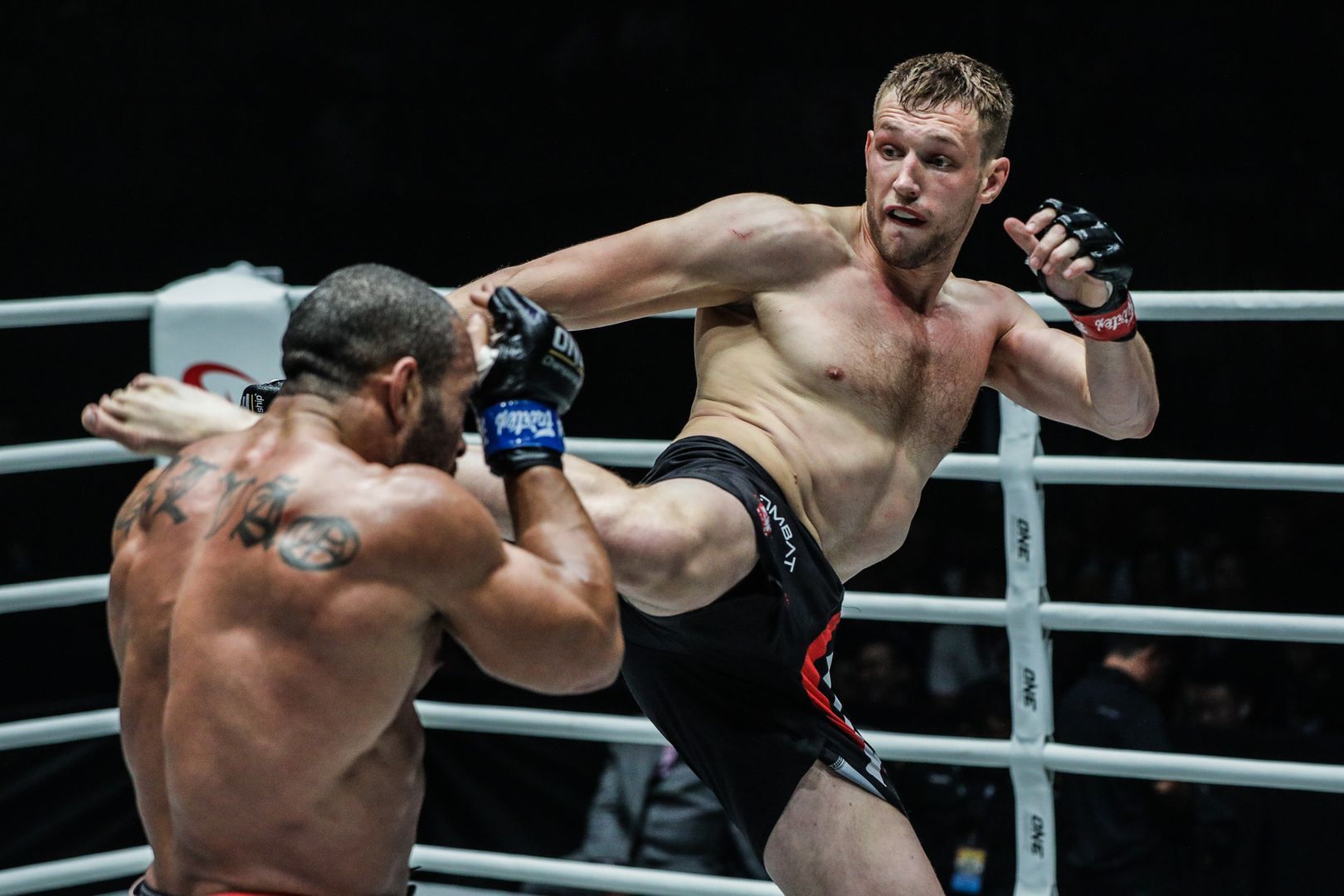 De Ridder is confident and excited to return to action, and the 29-year-old is not afraid to put his bold prediction out there to the world.

He expects to go 3-0 in The Home Of Martial Arts on 7 February and maintain his 100-percent finishing rate.

“I’ll get him in the second round, just like the last guy,” states “The Dutch Knight.”

“This guy is very explosive so I’ll put pressure on him in the first – I’ll wear him out. His gas tank will be done, then in the second round I’ll submit him.”