Reinier “The Dutch Knight” De Ridder blasted through his toughest test to date last Saturday, 15 June, and now he wants the ONE Middleweight World Championship.

The man from Breda, Netherlands extended his unbeaten record to 11-0 when he defeated Gilberto “Giba” Galvao at ONE: LEGENDARY QUEST with a shocking second-round knockout.

The knees he threw at the experienced Brazilian in Shanghai, China maintained his 100-percent finishing rate and meant he had passed a key litmus test to prove his credentials as a contender.

After a quick submission victory in his ONE debut, De Ridder wanted to showcase the other facets to his game, and his well-rounded performance left no doubt that he is ready for his division’s biggest names.

“It was nice to get some time standing up, and I think I did very well. He didn’t really get to hit me, and I hit him with a lot,” says “The Dutch Knight.”

“I landed a lot of knees, I hit him with a high kick – which is something I don’t really use too much – and I hit him with some jabs and a cross, so I was pretty happy with it.

“In the clinch, I didn’t want to go too fast too quickly, so I tried to take my time in the first round, wear him out a little bit, and as I said before the fight, I wanted to put him out, and I did.”

De Ridder put the finishing touches on a flawless performance with strikes just 57 seconds into the second stanza. His early work paid dividends as he wore down his rival, and then worked to a familiar position.

After he had taken “Giba” to the canvas, the Brazilian worked up to his knees. This prompted the Dutch submission specialist to look for a D’Arce choke, which would have been a carbon copy of his first win in The Home Of Martial Arts.

Galvao’s muscular frame scuppered his plans, but his plan B worked out just as well.

“I wanted to go for the D’Arce, but he was so big. I couldn’t get my right arm deep enough because his back and his shoulders were that wide,” the 28-year-old explains.

“I had to throw the knees to finish it off. I was a little hesitant after the second one because I was putting that much force into the knees. I was really hurting him, and he wasn’t escaping at all.

“I would have preferred to choke him out – I’m not out there to hurt him, but he was a tough guy, and he was too big for the D’Arce, so I had to do that to finish.” 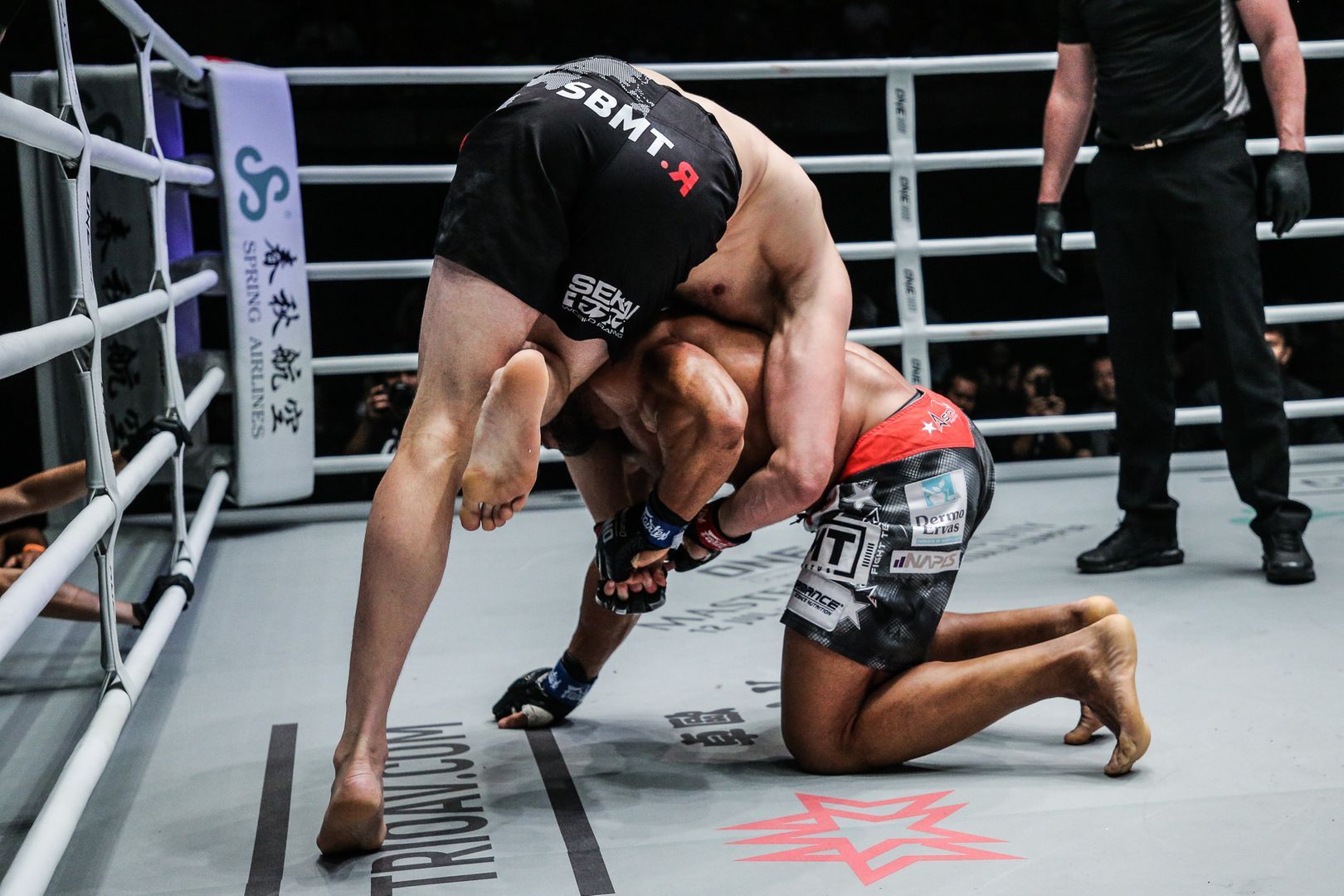 Now that his mission is accomplished, De Ridder has earned some time to rest, but the Dutchman was back at Combat Brothers gym in Breda on Monday night to begin making improvements for his next assignment.

His perfect record combined with his finishing ability and constant evolution as a martial artist put him right up there with the middleweight division’s elite, and he believes that should make him a frontrunner to challenge for the gold.

For now, the belt may be held up while fans wait for a World Champion versus World Champion super-match in October, but he has plenty of other options.

De Ridder knows his sport’s top prize is within reach, so he wants to make sure his next step brings him closer to his goal. 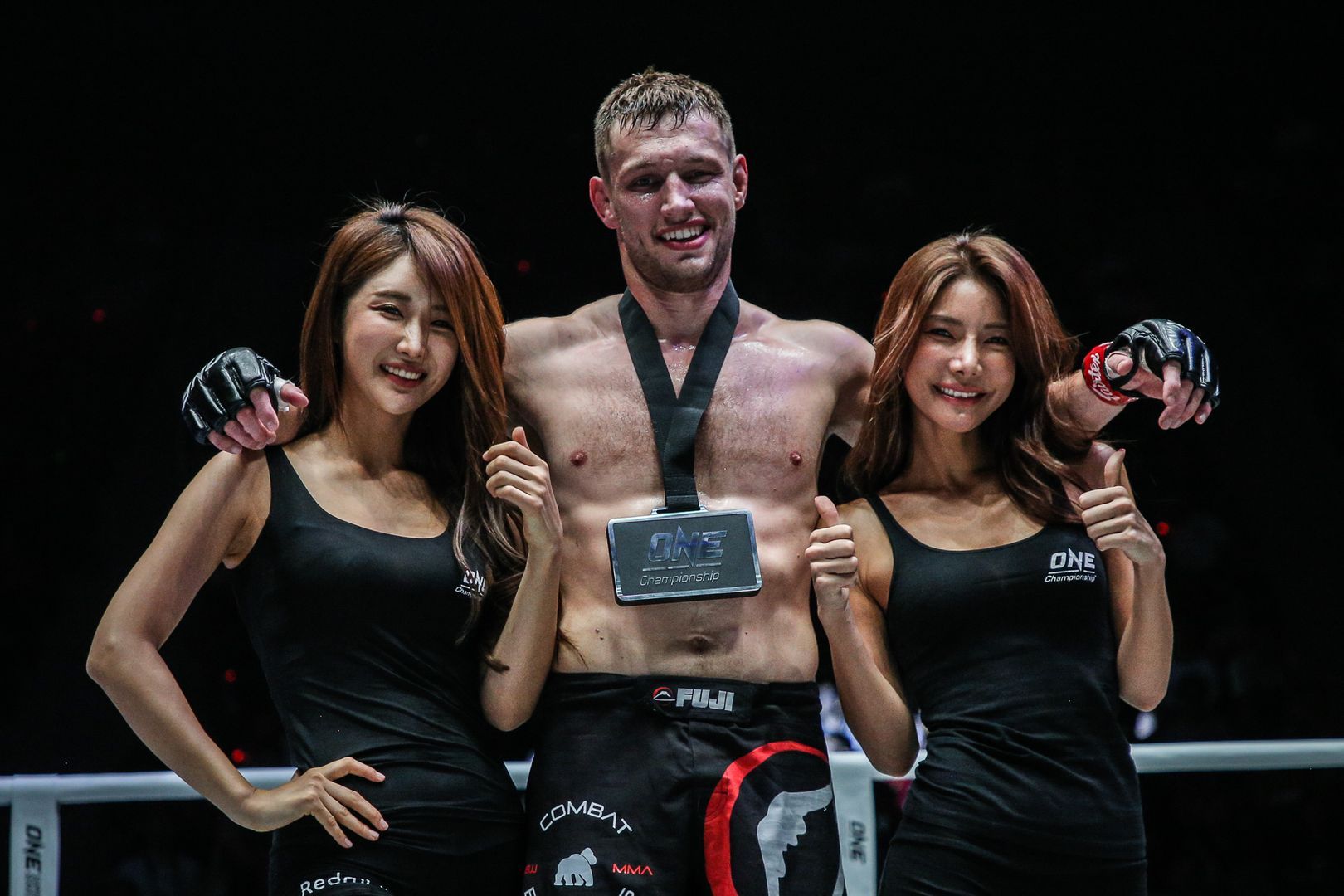 “I have to talk to the guys at ONE, but I want to know what is going on with the World Title,” he states.

“It would be nice to stay active, but I have to weigh up the options. I’ll have to talk to my team too and see what they think.

“I will talk to ONE, my team and my management and I’m sure we will find the perfect guy and do it again!” 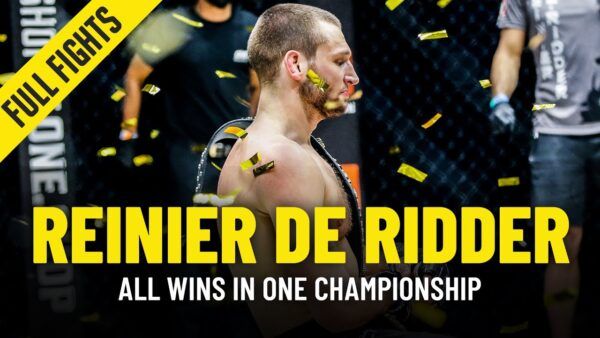 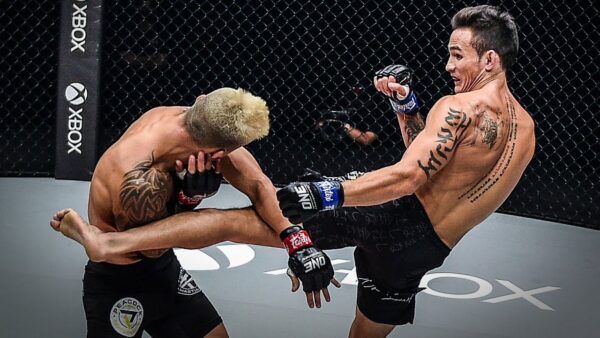