Petchmorakot Petchyindee Academy suffered through a tragically impoverished childhood, but that inspired him to dedicate his life to Muay Thai so he could provide for his family.

More than a decade committed to martial arts has molded him into the ONE Featherweight Muay Thai World Champion, and now the 26-year-old is a hero to his Thai compatriots and an inspiration to fans around the world.

A Childhood Of Poverty

Petchmorakot was raised in a small village in the Ubon Ratchathani province in the Isan region – one of the poorest and most underdeveloped areas of Thailand.

His parents were farmers and harvested rice to eat. Without a stable income, they also had to scavenge to provide for their family. Not wanting the burden to fall solely on his parents, the young Thai took it upon himself to help out with the household duties.

Together with his two younger siblings, Petchmorakot, who goes by the name “Win” at home, would dig for crabs and collect snails. Whatever they were able to gather would first go towards dinner, and the remainder was sold at the local market.

“Life was hard back then, but it was fun, too,” he says. “I loved going fishing with my family.”

Things got tougher when Petchmorakot’s parents separated. Though he says their split itself did not trouble him too much, the strain it put on the family’s wellbeing did.

“When I was in grade five, my parents separated,” he adds.

“It was a difficult time. I went to live with my grandparents. Some days we had nothing to eat, and would just have rice and fish sauce.” During his childhood, Petchmorakot discovered the sport that would change his life.

“I was in grade 6 the first time I fought Muay Thai,” he explains.

“There were fights happening in my village. I was out catching lizards. They were hosting the match-ups at my school, so I went to see. My parents didn’t want me fighting. They were scared I’d get hurt, but I wanted to give it a try.

“I tried it and accidentally won. I got paid 160 baht (about USD$5) for my first fight. I was happy and wanted to do it again. There were lots of opportunities in my village to fight, so I just kept on competing.”

Despite training in a makeshift ring and with a couple of haphazardly hung bags to hit, the youngster – competing under the name Mavin Lukeljet – started to make the rounds on his local circuit.

As an 11-year-old, he traveled in the back of the gym’s pickup truck and searched the region for matches. When he arrived at events, he hoped there would be someone to compete against who was near his weight and skill level. Having no knowledge of his opponent until the morning of the contest was normal.

Petchmorakot competed multiple times a month. During the Thai New Year, he would maximize his opportunities by competing as many as five times a week.

“There wasn’t anything as good as Muay Thai, especially to earn a living. I wanted to help my parents,” Petchmorakot says.

His father sent him to an established gym in the district’s capital a couple of years later so he could take a step up in his career. He stayed there until he was 15 when he was scouted by a gym in Bangkok, but it was a difficult transition.

“I was both scared and excited to go to Bangkok,” he admits. “I went alone, never having been so far from home before.”

A Walk In The Wrong Direction 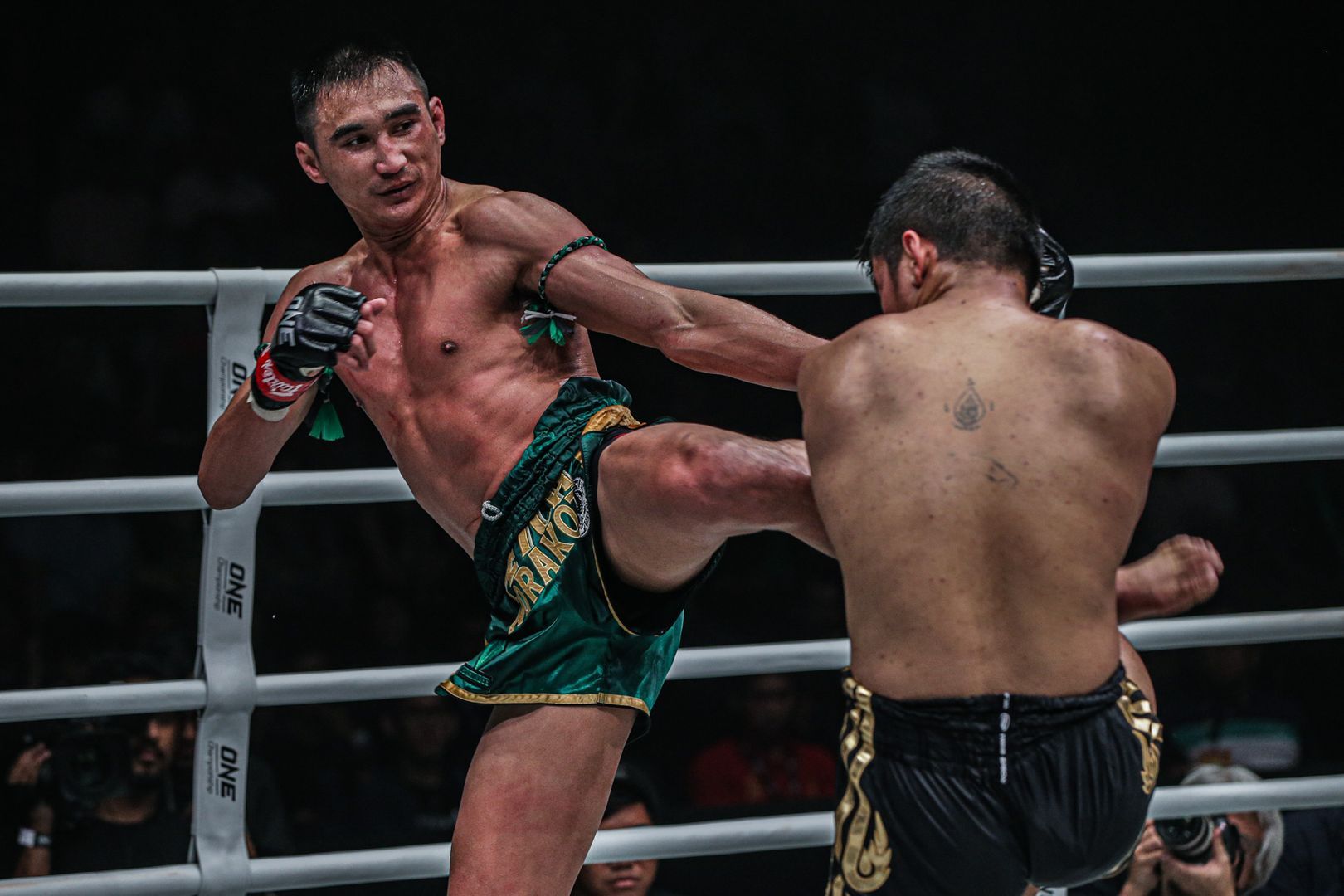 It was not too long before Petchmorakot won one of the most prestigious prizes in his sport when he claimed a Lumpinee Stadium Muay Thai World Championship, but the life of sacrifice and hardship he led to do it soon began to wear him down.

He had a busy schedule against elite athletes with little downtime, and after almost a decade of competing, training, and cutting weight, his motivation began to slip.

“The weight cuts were always so hard for me,” he explains. “I knew I needed to get the job done, but it was always a struggle.”

One day, the struggle became too much, and Petchmorakot took a turn down the wrong path. Choosing instead to go out with his friends, stay out late, and talk to girls on the phone, he lost all interest in training.

Without the focus in the gym, his management stopped booking him matches, which left the teenager unemployed until he straightened out and focused on his passion.

“It took a while, but I figured it out on my own. Fighting is my destiny,” he says.

Back on his feet, Petchmorakot’s career moved forward and he barely missed a beat. He joined Petchyindee Academy, where he still trains today. There, he went on to win an additional four titles, including another Lumpinee Stadium World Title in another weight class and a WMC World Championship.

His most famous win on the Thai stadium scene, however, was not for a belt. In 2014, the 20-year-old Petchmorakot defeated Saenchai PK.Saenchaimuaythaigym – the last loss in the international Muay Thai icon’s career.

“It was a very proud moment for me. I’m grateful to have shared the ring with such a legend,” Petchmorakot states.

In 2018, Petchmorakot was one of the first athletes to become a part of ONE Super Series when he debuted against Fabrice Fairtex Delannon at ONE: PINNACLE OF POWER.

Although Petchmorakot’s premiere in the world’s largest martial arts organization was made on just a few weeks’ notice against a former training partner, he got the job done.

“We had trained together before, but I am a fighter, and this is my job. I just went to work,” he says.

After a few more exciting bouts and a detour to a new sport for a run in the ONE Featherweight Kickboxing World Grand Prix, the Ubon Ratchathani native earned the chance to compete for the inaugural ONE Featherweight Muay Thai World Title.

A dominant performance against Pongsiri PK.Saenchaimuaythaigym in February 2020 filled him with pride because it earned him his sport’s top prize and gave him the honor of carrying the torch for his country on the global stage.

However, more than anything, the 26-year-old is thankful for the way that he has transformed his life – especially by giving him a way to secure his and his family’s future.

“Muay Thai changed my life and has given me everything,” he adds.

“It has taught me about life, has given me the ability to defend myself, and has allowed me to provide for my family. I can proudly say, Muay Thai is my life. It’s given me everything, including creating a name for myself.”