ONE Championship is ready to ignite the global stage once again with a plethora of martial artists who are eager to make a statement and become worldwide superstars overnight.

The promotion will hold ONE: NEXTGEN at the Singapore Indoor Stadium on Friday, 29 October, and the card will be topped by a massive World Title bout and a pair of semifinal matchups in the biggest women’s mixed martial arts tournament in history.

In the night’s main event, ONE Light Heavyweight Kickboxing World Champion Roman Kryklia will defend his crown against Murat “The Butcher” Aygun.

Kryklia was originally scheduled to defend his belt against Aygun in the main event of ONE: BIG BANG last December, but he was pulled from the bout due to COVID-19 safety protocols.

The towering Ukrainian had tested negative for COVID-19, but he was placed in quarantine after coming into contact with an individual who had tested positive a week earlier.

Aygun went on to defeat Brazilian kickboxing veteran Anderson “Braddock” Silva at the event via unanimous decision, while Kryklia returned to action two weeks later to dominate Andrei “Mister KO” Stoica in the headliner of ONE: COLLISION COURSE.

Now, almost a year later, Kryklia and Aygun will finally dance. The light heavyweight behemoths will step into the Circle on 29 October and battle for the richest prize in kickboxing.

In addition to that colossal headline attraction, ONE: NEXTGEN will feature the semifinal round of the ONE Women’s Atomweight World Grand Prix.

Phogat earned her spot by defeating Chinese knockout artist Meng Bo via unanimous decision at the historic all-female card, ONE: EMPOWER, in September.

Stamp was originally scheduled to fight Ham Seo Hee in the semifinals, but the South Korean veteran was forced to withdraw due to injury.

Replacing her is Mezabarba, who beat former two-time ONE World Title challenger Mei “V.V” Yamaguchi via unanimous decision at ONE: EMPOWER to step in as the tournament alternate.

The two mixed martial artists who emerge victorious from the semifinals will advance to the ONE Women’s Atomweight World Grand Prix Championship Final.

The card will also feature the return of undefeated Belarusian Kirill Grishenko, who made an instant impact by derailing the “Reug Reug” hype train at “ONE on TNT IV” in April.

Grishenko will meet fellow unbeaten heavyweight Dustin Joynson, who tore up the Canadian scene and now makes his debut in The Home of Martial Arts.

When these athletes met at ONE: AGE OF DRAGONS in November 2019, Miado knocked out his Asian rival with a flying knee in the first round. Now, he looks to prove that it wasn’t a fluke, while Miao attempts to gain some redemption.

Finally, light heavyweight Beybulat Isaev looks to follow up his record-breaking KO with another highlight-reel moment in Singapore. But he has drawn the debuting Bogdan Stoica in the curtain-jerker, and there’s no doubt that the Romanian wants to use this bout as a chance to springboard himself toward a crack at Kryklia.

Full Card For ONE: NEXTGEN 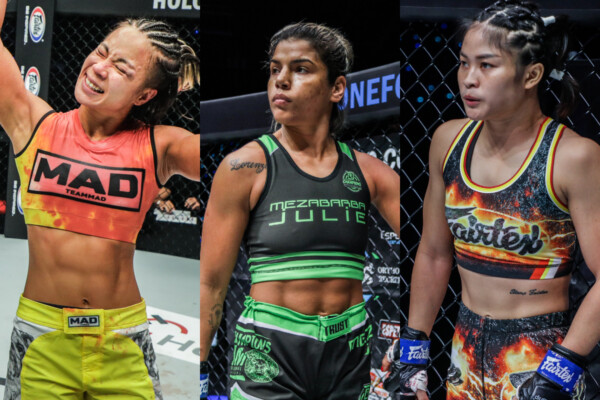