Each time Itsuki “Android 18” Hirata steps into the ONE Championship Circle, she continues to evolve. And by the time the ONE Women’s Atomweight World Grand Prix is over, she may very well be on a different level altogether.

The 22-year-old booked the first semifinal ticket in the prestigious tournament, displaying different facets of her game to survive a determined Alyse “Lil’ Savage” Anderson via unanimous decision at the historic ONE: EMPOWER from the Singapore Indoor Stadium on Friday, 3 September. 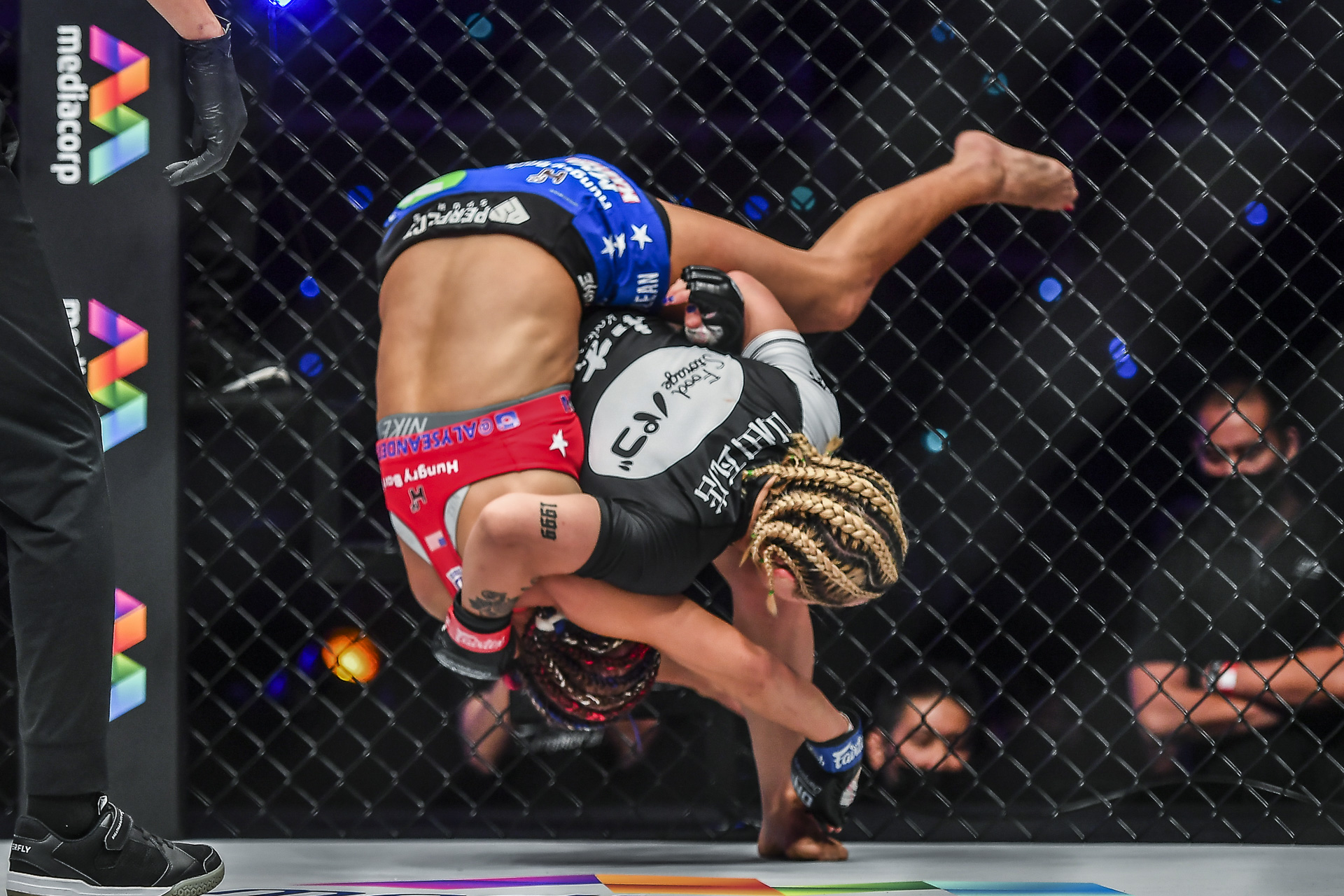 Known primarily as a grappler, the undefeated Japanese star looked comfortable exchanging with Anderson on the feet early on, while the American utilized her reach advantage to land some shots from the outside.

The action picked up when Anderson came forward and pushed Hirata to the Circle Wall, but it was “Android 18” who gained the upper hand, landing on top of her opponent the moment they hit the ground.

While “Lil’ Savage” remained active from her back – throwing a variety of triangle choke attempts – Hirata remained unfazed. The Tokyo native delivered punches from her opponent’s closed guard while keeping control of the dominant position. The round ended with Hirata standing over Anderson, throwing kicks while not allowing her foe to stand up. 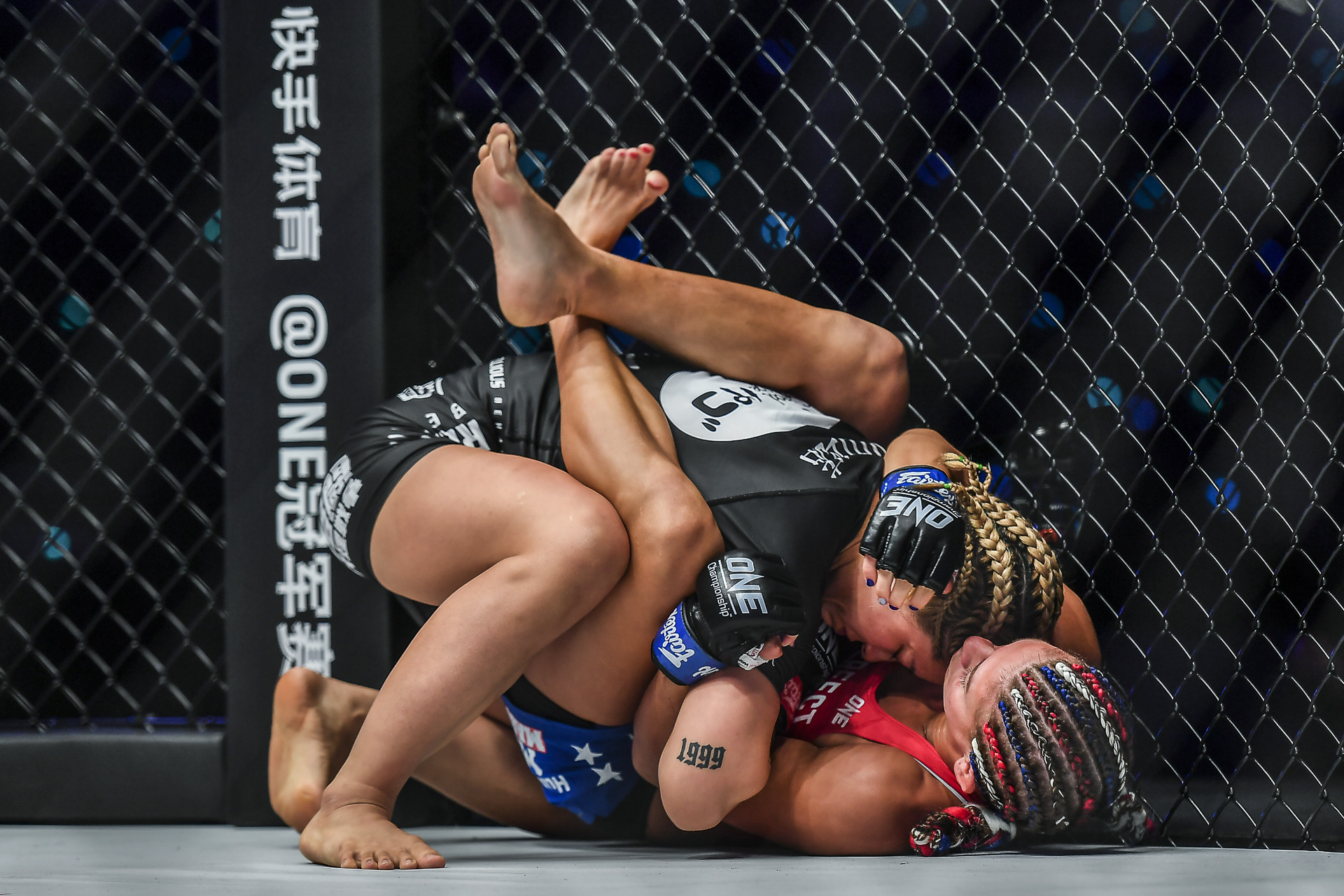 The second frame started with Anderson primarily utilizing her reach, but it wasn’t long until Hirata closed the distance and clinched up once more.

Showing her excellent judo background, Hirata scored a beautiful hip toss to land in side control. Anderson was crafty, though, attempting a triangle choke and then using that as an opportunity to wiggle out of the precarious position.

Still, the Krazy Bee star wasn’t about to let it go. Keeping hold of Anderson’s head, Hirata threw some solid knees before getting her rival down once more. From there, “Android 18” completely swarmed the American, landing elbows, knees, and even shoulder strikes before the bell finally sounded to end the round.

Wanting to surprise her opponent in the final frame, Hirata quickly shot for a double-leg takedown, which the American easily shrugged off. With a sense of urgency creeping in, the MMA Masters representative began cutting the distance between them, while pressuring Hirata with combinations.

That aggression finally paid off for the American, as she connected with a booming overhand right that floored Hirata. Anderson tried to follow up and finish the job, but the young Tokyo native was just too tough, quickly getting up and putting Anderson in a clinch to avoid further damage.

The two atomweights stayed in a deadlock, exchanging knees and scrambling up until the final moments of the match. The Japanese judoka then landed another hip toss and some ground-and-pound for good measure as the final seconds ticked away.

Though she was rocked midway through the final round, Hirata’s work rate from the opening bell to the finish was more than enough to convince all three judges to award her the win.

With the victory, Hirata remained unbeaten, and most importantly, moved on to the final four in this historic World Grand Prix tournament, where fans will decide who she faces in the semifinals through online voting.