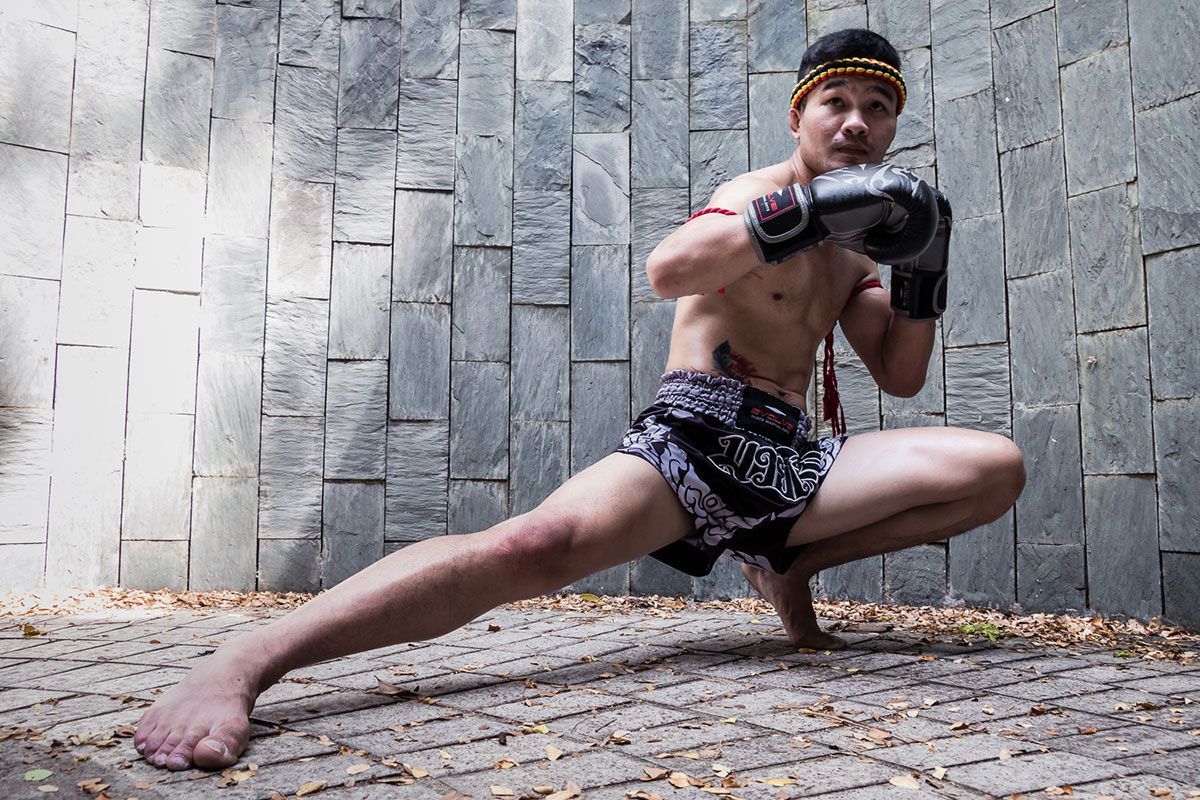 Over the years, ONE Championship has given hundreds of talented athletes the chance to showcase their respective styles of martial arts to the world.

By doing so, the athletes have also gotten to reveal the values that martial arts teaches — those being integrity, humility, honor, respect, courage, discipline, and compassion.

Martial arts may have started on the battlefields, but today, the many styles represent a means to self-improvement. Simply put, martial arts better the lives of those who practice them.

With that in mind, here are 10 martial arts disciplines fans will see athletes use in the ONE Circle. 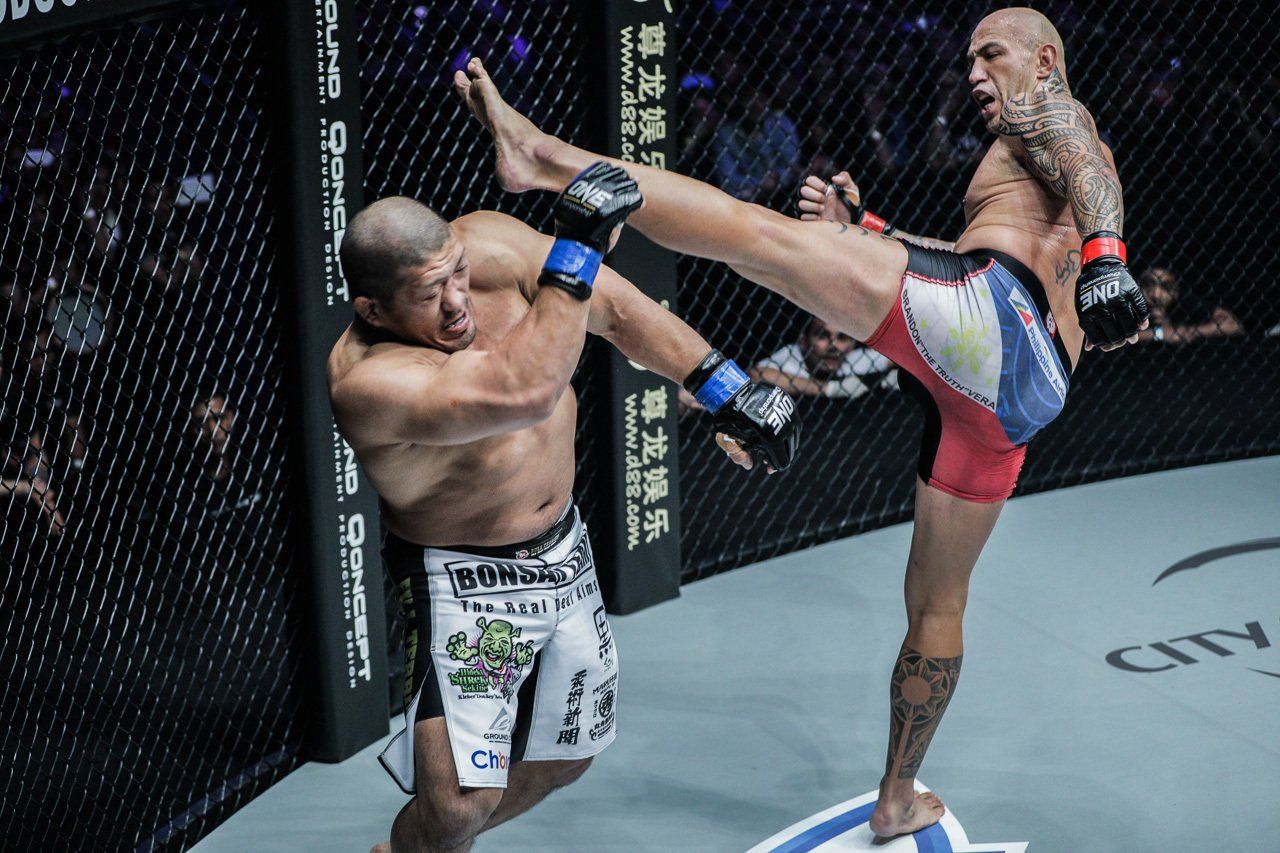 Mixed martial arts is as old as combat itself. It was practiced in various forms in ancient Greece, China, Egypt, India, Italy, and Japan. But the rules and regulations were different in each country.

Despite the old variations of the discipline, modern mixed martial arts involves the use of grappling and striking both standing up and on the ground.

Most of the matches that take place in the ONE Circle are mixed martial arts bouts, and there are 11 ONE World Titles currently contested in this discipline.

Also, mixed martial artists in ONE have executed some of the biggest knockouts and coolest submissions ever recorded. Kun Khmer dates back to the 9th century.

The martial art was used to protect Cambodia from other nations, as well as to invade and conquer surrounding countries. It focuses more on strikes and clinching, and grappling on the ground is not allowed.

Many of the Cambodian athletes who compete in The Home Of Martial Arts come from a Kun Khmer background including Chan Rothana, Khon Sichan, Nou Srey Pov, and Sok Thy. 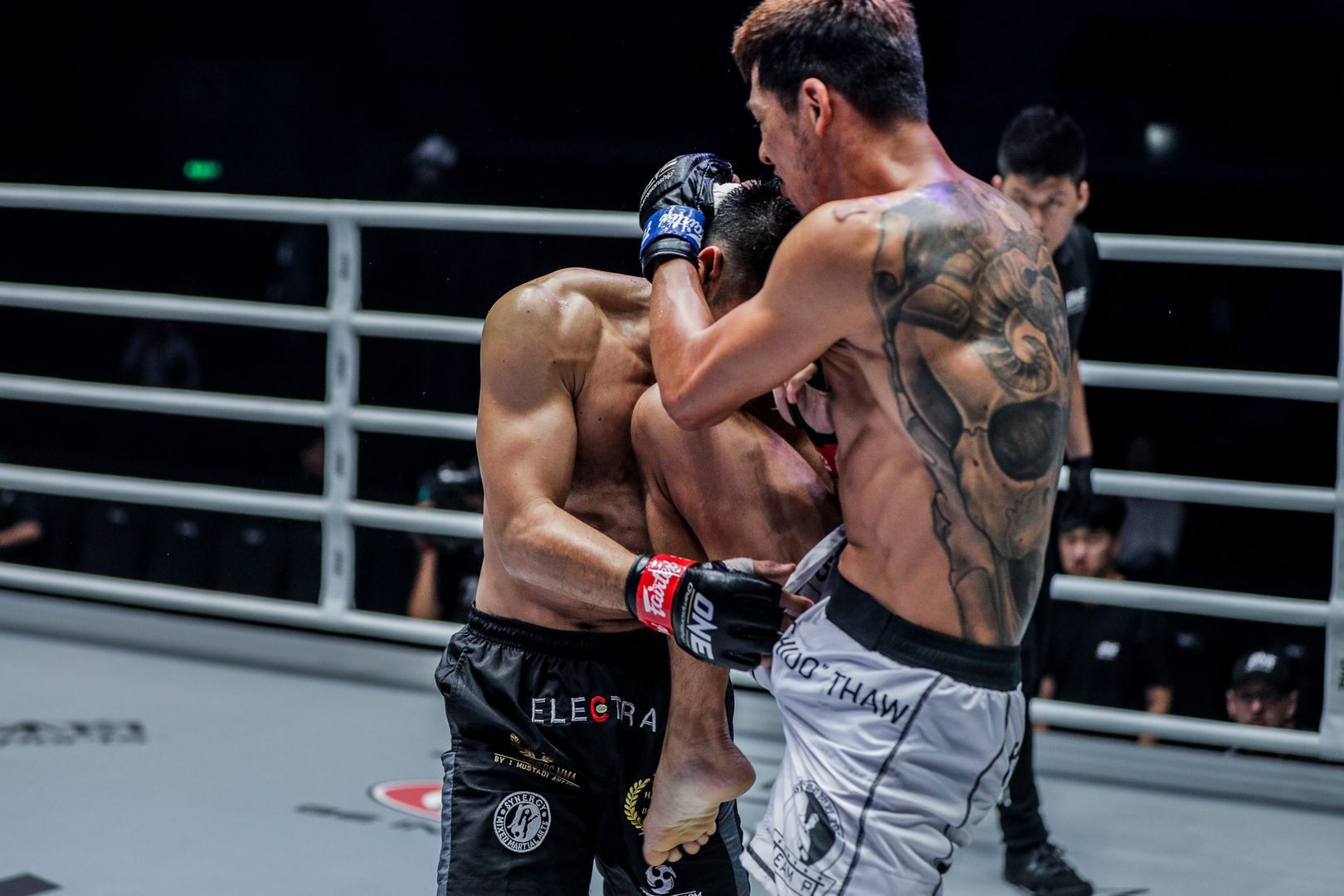 The ancient art of lethwei dates back to the 2nd century, when the Pyu Empire controlled much of Myanmar. Original matches were held only for entertainment.

It was not until the 1952 boxing Olympian Kyar Ba Nyein traveled around Myanmar to establish the rules and regulations of the sport that people see today.

Some of its more popular practitioners are Gold Belt Champions Mite Yine and Ye Thway Ne. Even featherweight sensation Phoe “Bushido” Thaw has competed in the sport. 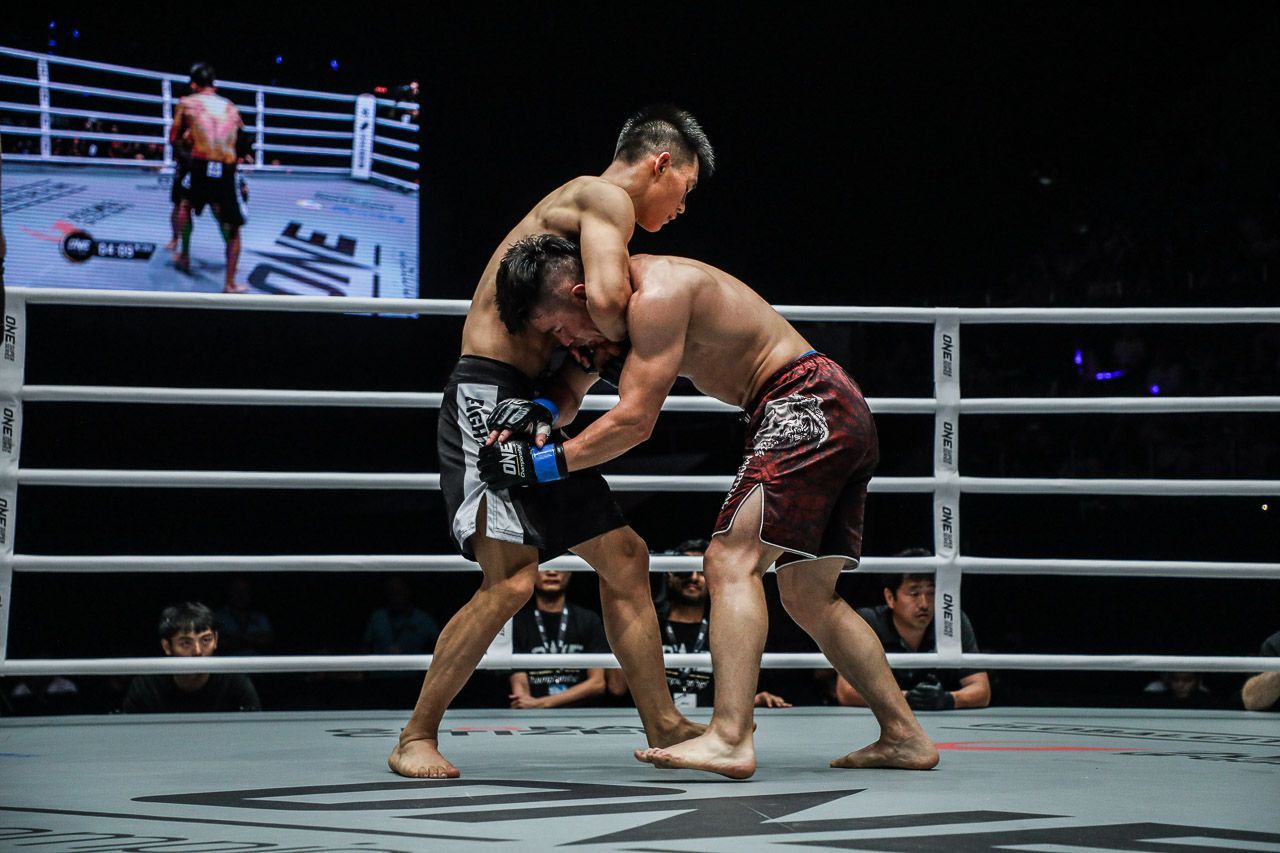 Sanda goes by many names, including wushu and sanshou. But all of these Chinese kickboxing arts have one thing in common: they were originally developed by the Chinese military. 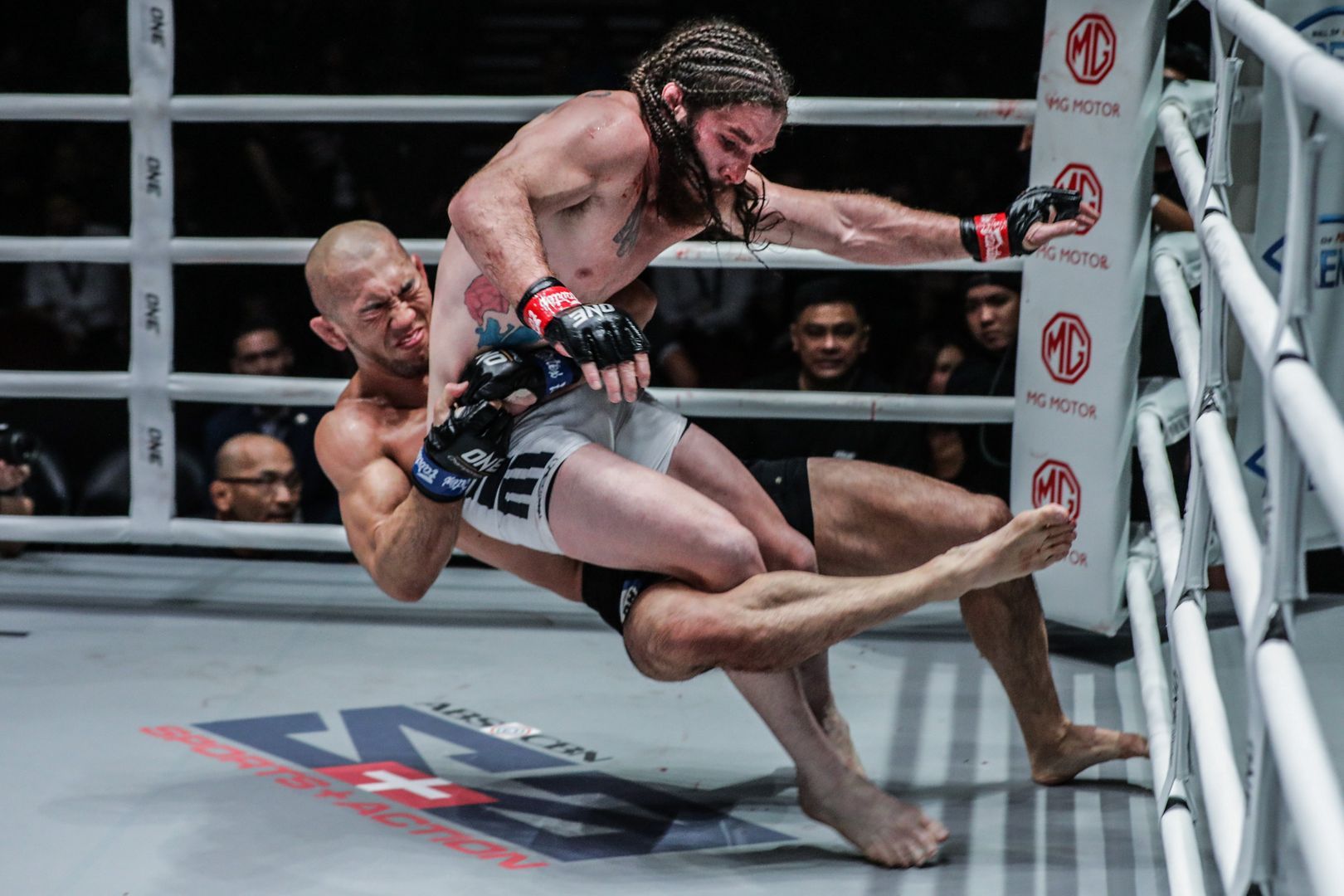 Judo came about from the mind of Japanese polymath Kano Jigoro in 1882. He originally created the art to teach physical and mental well-being, as well as to promote morality.

Over the years, the martial art evolved and it has since become an Olympic sport. The discipline focuses on throws, takedowns, pins, joint locks, and chokes. 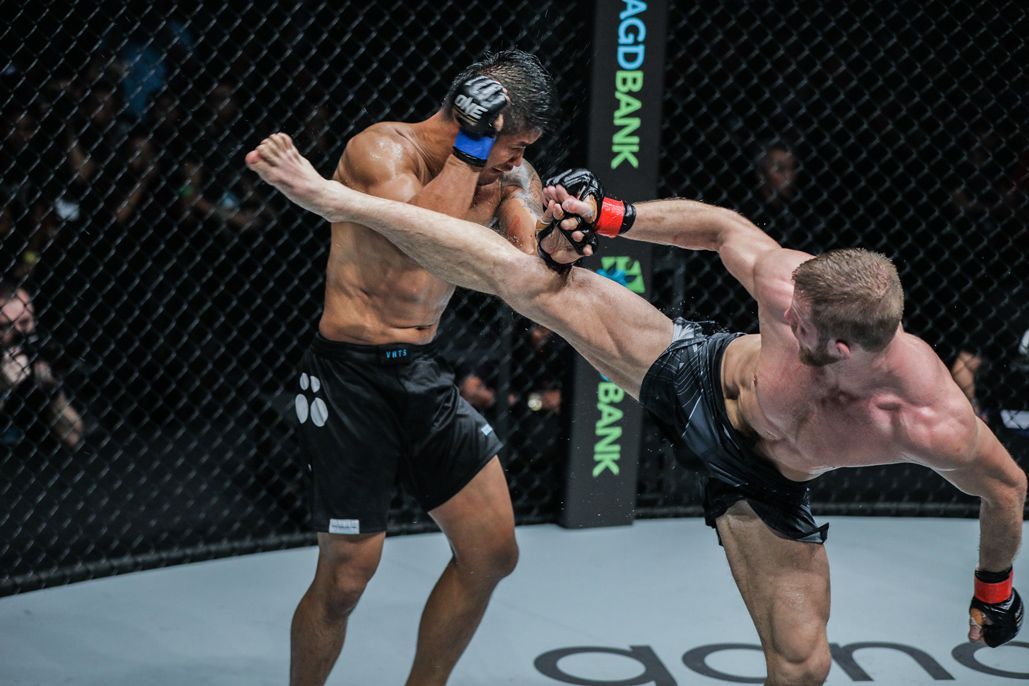 Karate came to Japan in the early 20th century with the disenfranchised Ryukyuans.

The discipline was taught systematically in “The Land Of The Rising Sun” in the 1920s and 1930s. In 2016, the International Olympic Committee ruled in favor of including the sport in the 2020 Summer Olympic Games in Tokyo.

Originally an offshoot of the Ryukyuan martial arts, karate had its influence from kung fu. The discipline emphasizes punching, kicking, elbowing, kneeing, and open-handed strikes.

Some of its most popular students in the world’s largest martial arts organization include Alain “The Panther” Ngalani, Ramon Gonzales, and Anatpong Bunrad. Kung fu is responsible for the birth of many martial arts all throughout Asia.

The style was created for self-defense, hunting, and military training in olden China. It focuses on strikes, throws, joint manipulation, and pressure point attacks.

Some of the athletes who use this discipline include former ONE Strawweight World Champion Alex “Little Rock” Silva, respected veteran Adrian “The Hunter” Pang, and kickboxing sensation Enriko “The Hurricane” Kehl. 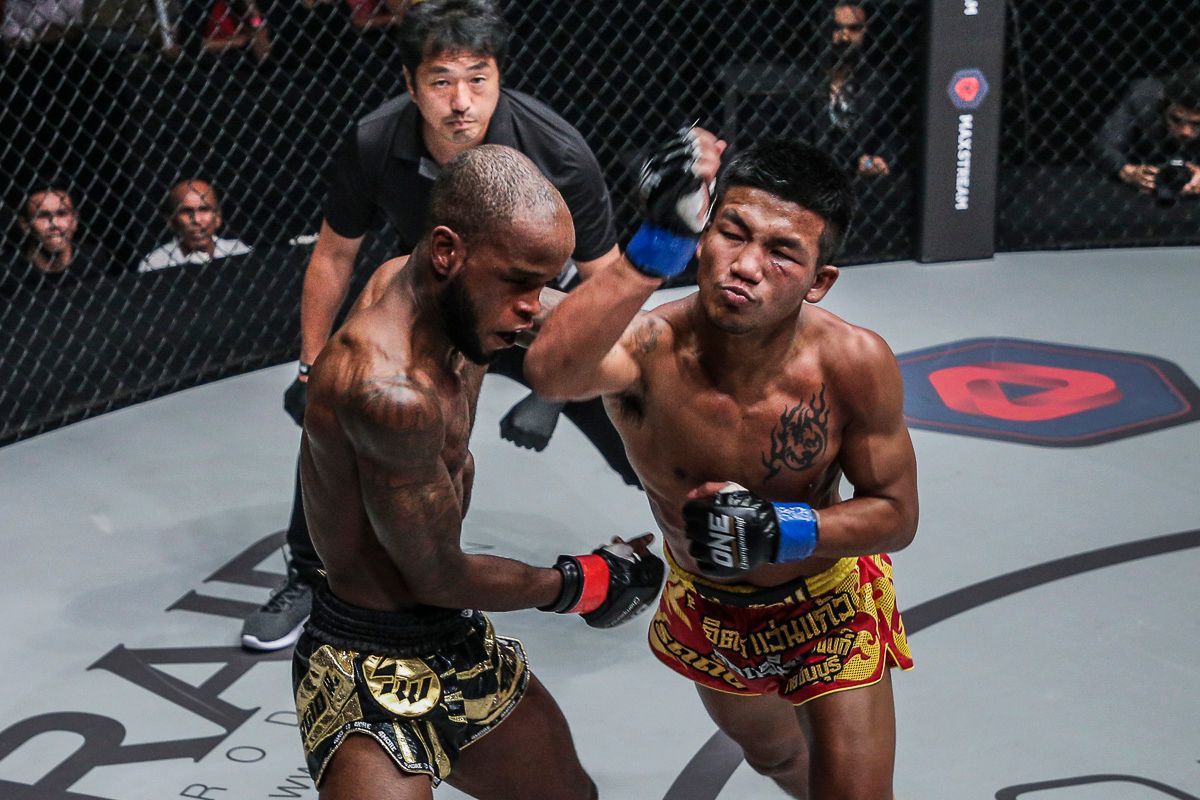 Muay Thai is commonly called the national sport of Thailand, and it is a martial art that dates back to the days of the Konbaung Dynasty in Siam.

In the 19th century, King Chulalongkorn turned the martial art into a sport. In the years to follow, rules and regulations were introduced. Aside from competition, Muay Thai is learned for self-defense, health, and personal betterment.

“The art of eight limbs” emphasizes punches, kicks, knees, and elbows, but it also involves sweeps and clinch work.

Currently, there are three Muay Thai World Title belts contested in ONE Super Series, and they are held by Nong-O Gaiyanghadao,  Rodtang “The Iron Man” Jitmuangnon, and Stamp Fairtex.

Taekwondo was developed in Korea between the 1940s and 1950s by martial artists who studied the Japanese and Chinese martial arts.

Brazilian Jiu-Jitsu, known as BJJ for short, was developed as an offshoot of judo when Jigoro’s leading newaza (ground work) student Mitsuyo Maeda traveled to Brazil in 1914.

Maeda taught his effective techniques to Carlos Gracie, though it is his smaller, less athletic brother Helio Gracie who is largely credited for taking “the gentle art” in the direction we see today.

Stand-up elements are a part of BJJ, but it is mostly focused on using leverage and technique on the ground to overcome opponents with chokes and joint locks.

It rose to prominence as an extremely effective martial art in the 1980s and 1990s, and prominent BJJ proponents in the world’s largest martial arts organization include ONE World Champions Bibiano “The Flash” Fernandes, Adriano “Mikinho” Moraes, and “Unstoppable” Angela Lee.

Fans can see these arts on full display this coming Friday, 8 November at ONE: MASTERS OF FATE in Manila, Philippines. 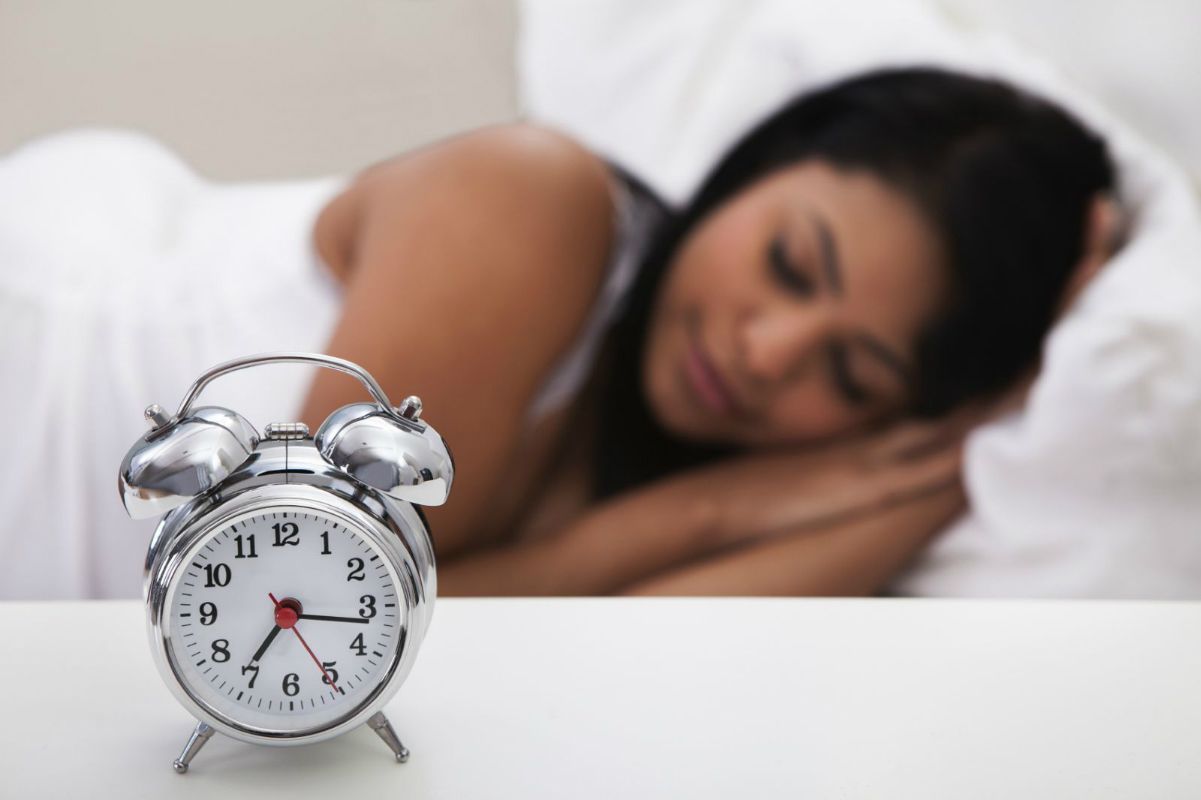 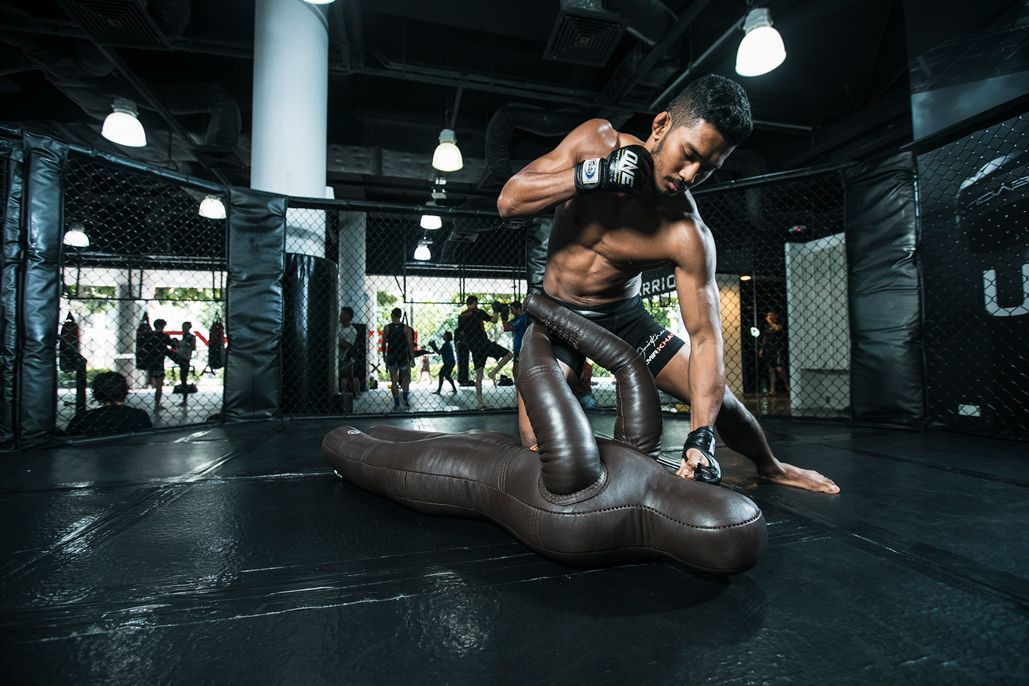 3 Pieces Of Technology That Are Changing Martial Arts Training 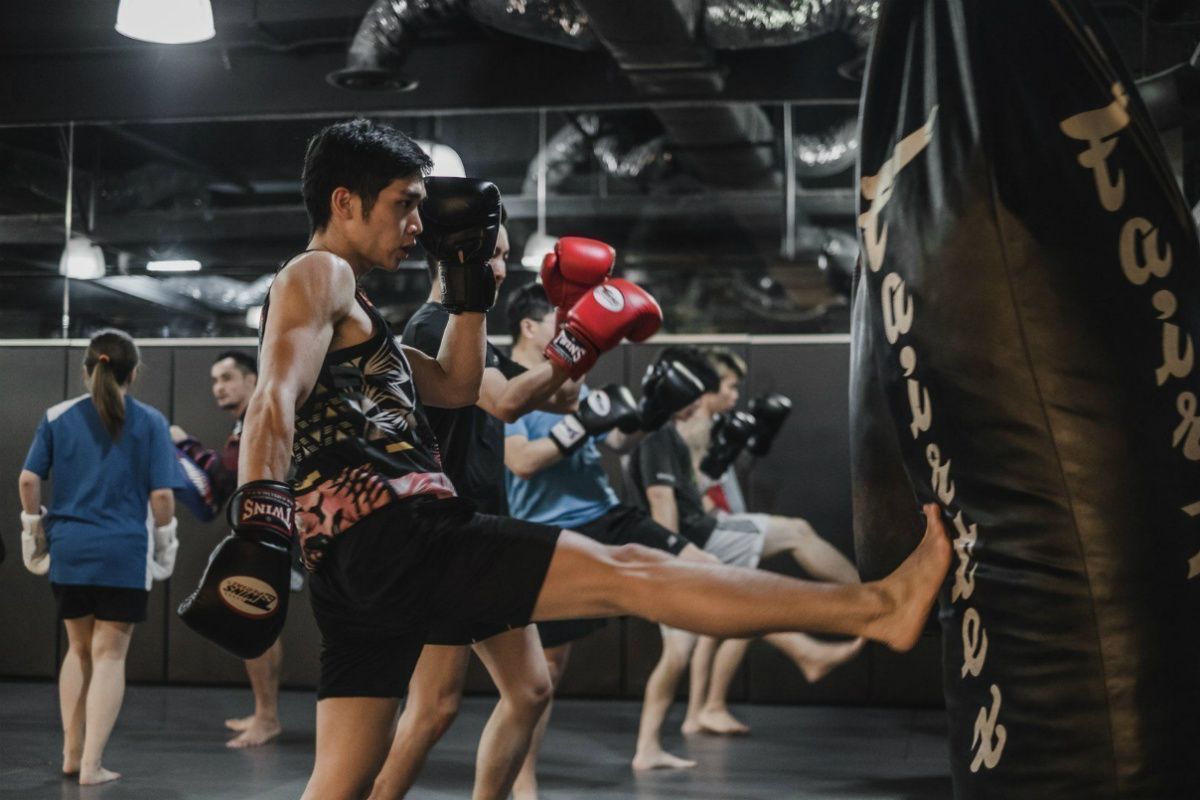 3 Tips To Boost Your Confidence In The Gym 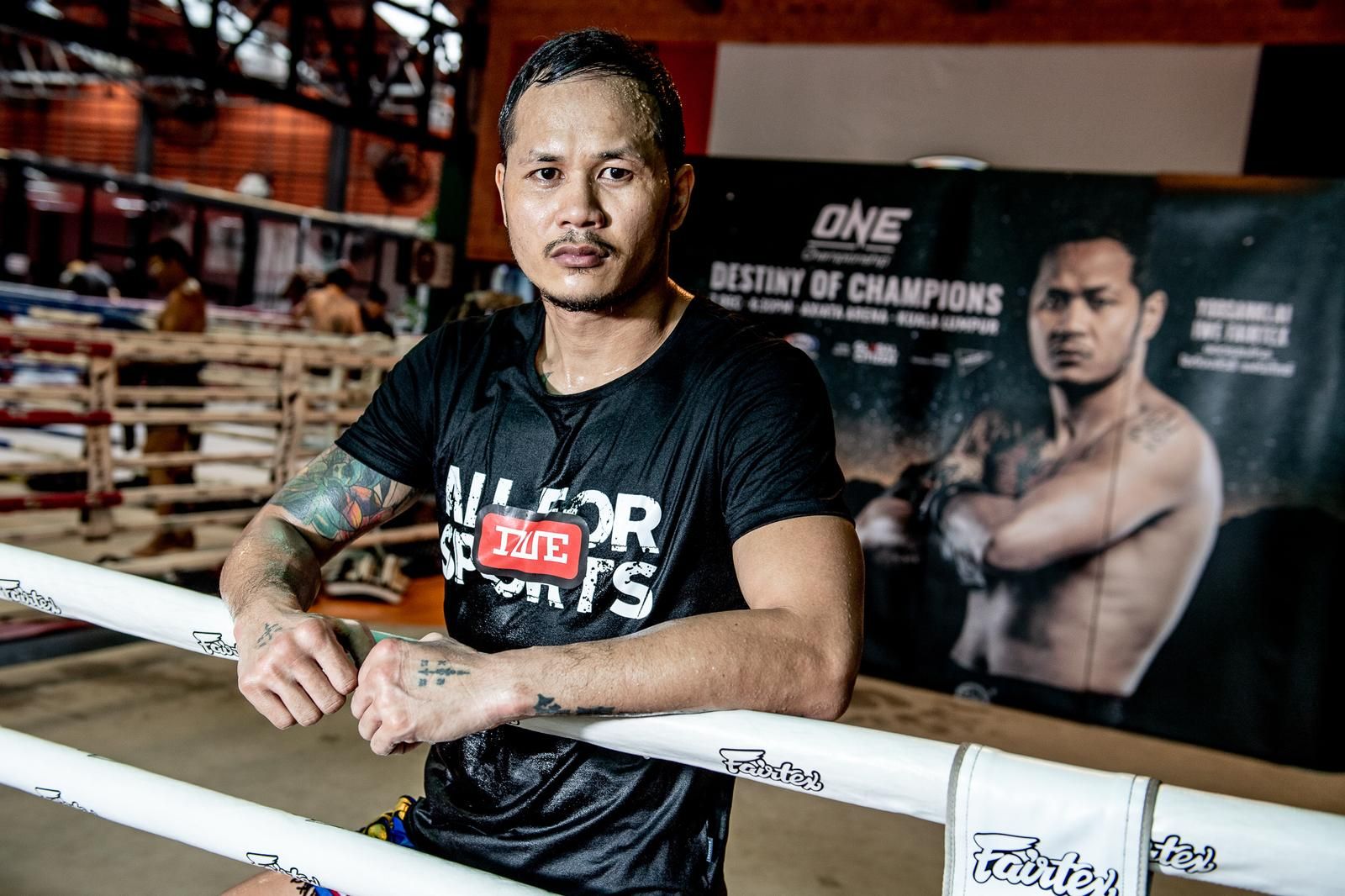