When ONE Championship kicks off its latest trilogy series this Friday, 28 August, all seven matchups at ONE: A NEW BREED will hold a tremendous amount of significance.

Between battles for redemption, a tournament final, and a headlining World Title affair, the stakes couldn’t be any higher.

Here is everything the world-class athletes will be fighting for in Bangkok, Thailand.

The Thai megastar, who is the only female to claim ONE World Title gold in two sports, has spent the majority of the past year racking up victories in mixed martial arts bouts.

However, she also narrowly lost her kickboxing belt to Janet “JT” Todd, so she’ll be extra motivated to keep her Muay Thai strap on Friday – especially since that’s her natural sport and she’ll be defending the crown on home turf.

It won’t be easy. Stamp will need to fend off the talented Rodrigues, who’s eager to prove that she can compete with the best fighters in the world and change her life by becoming a ONE World Champion.

This tournament final is expected to be a hard-hitting battle, especially because the winner gets an automatic shot at Nong-O Gaiyanghadao’s ONE Bantamweight Muay Thai World Championship.

The victor will get all the glory, while the man who loses will have no choice but to claw their way back into World Title contention. 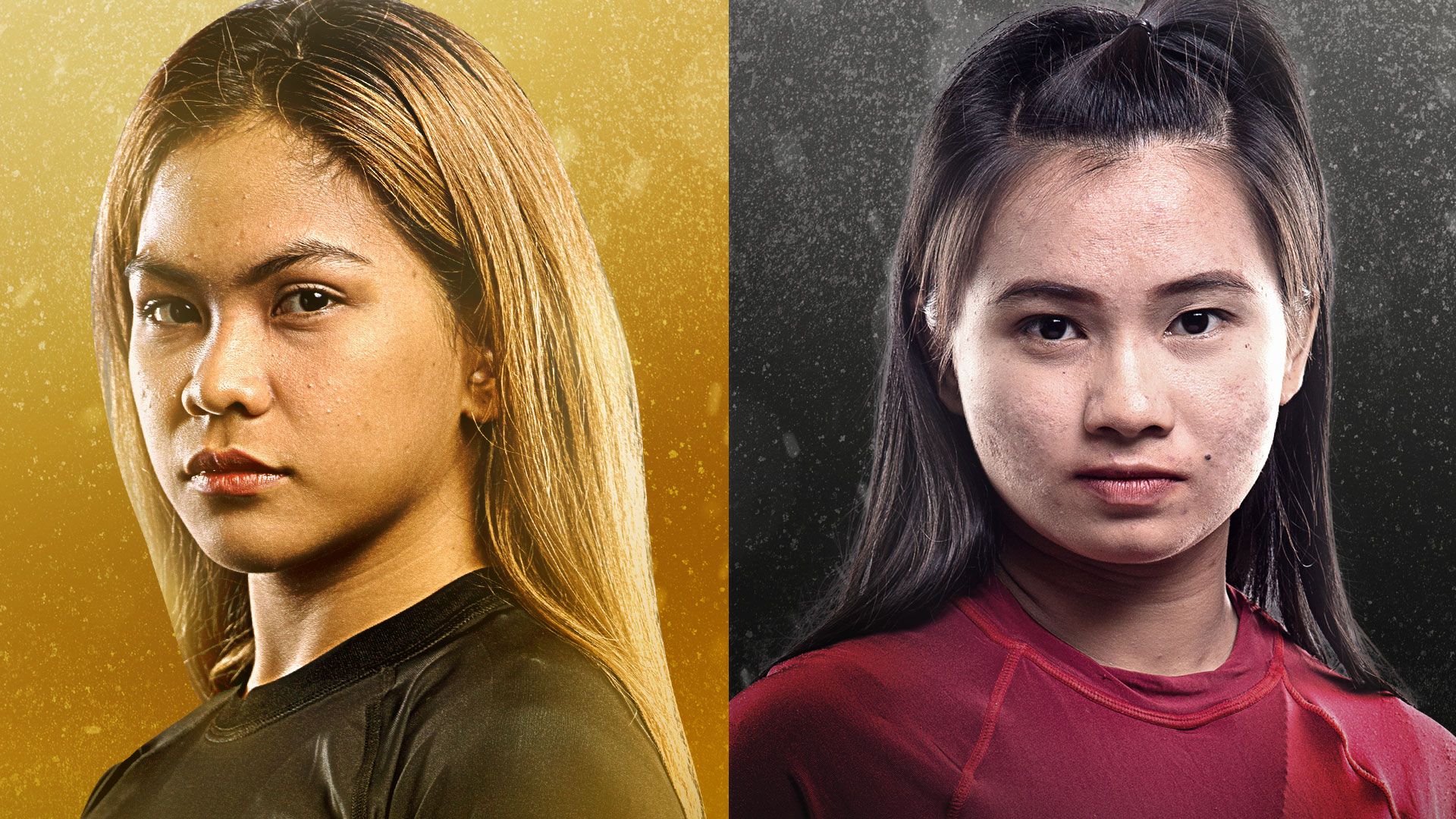 ONE: A NEW BREED will feature the return of #1-ranked women’s atomweight contender Denice “The Menace” Zamboanga, who is scheduled to square off against mixed martial arts newcomer Watsapinya “Dream Girl” Kaewkhong.

The Filipina – who will be competing alongside her older brother, Drex, for the first time on a ONE Championship card – owns a spotless 7-0 record and was awarded a shot at Angela Lee’s ONE Women’s Atomweight World Championship in February.

However, she wanted to stay active and prove that she’s worthy of standing in the Circle with the reigning atomweight queen.

In order to keep her future World Title shot, Zamboanga must beat a mixed martial arts newcomer who has credentials in multiple disciplines. Kaewkhong is on Thailand’s national wrestling team, is a National Judo Champion, and owns a 46-12 record in professional Muay Thai.

If “The Menace” emerges victorious, she’ll remain the top-ranked contender and gear up for a showdown with Lee. But if “Dream Girl” wins, a new star will be born, while Zamboanga will have to work her way back into World Title contention. The women’s strawweight Muay Thai division in ONE Super Series is heating up, as Wondergirl Fairtex will look to build more momentum against KC “Pinay Fight” Carlos.

In her promotional debut, the Fairtex representative entertained the masses at ONE: NO SURRENDER III when she knocked out Brooke Farrell in just 81 seconds.

On Friday, she will attempt to make it two in a row on the global stage, but first, she will need to defeat Carlos, a Chalong Boxing Stadium Champion who has made a name for herself on the regional scene.

With both athletes now competing in The Home Of Martial Arts, the winner could find herself as a front-runner for the division’s inaugural belt. And while each athlete certainly wants to leave the Thai capital with a victory, there are additional storylines on both sides.

For “T-Rex,” he is sharing his first ONE card with his sister, Denice, so a win would make the occasion even more memorable. For “Detchpool,” he wants to become the latest ONE Warrior Series alum to make a successful transition to the main roster. 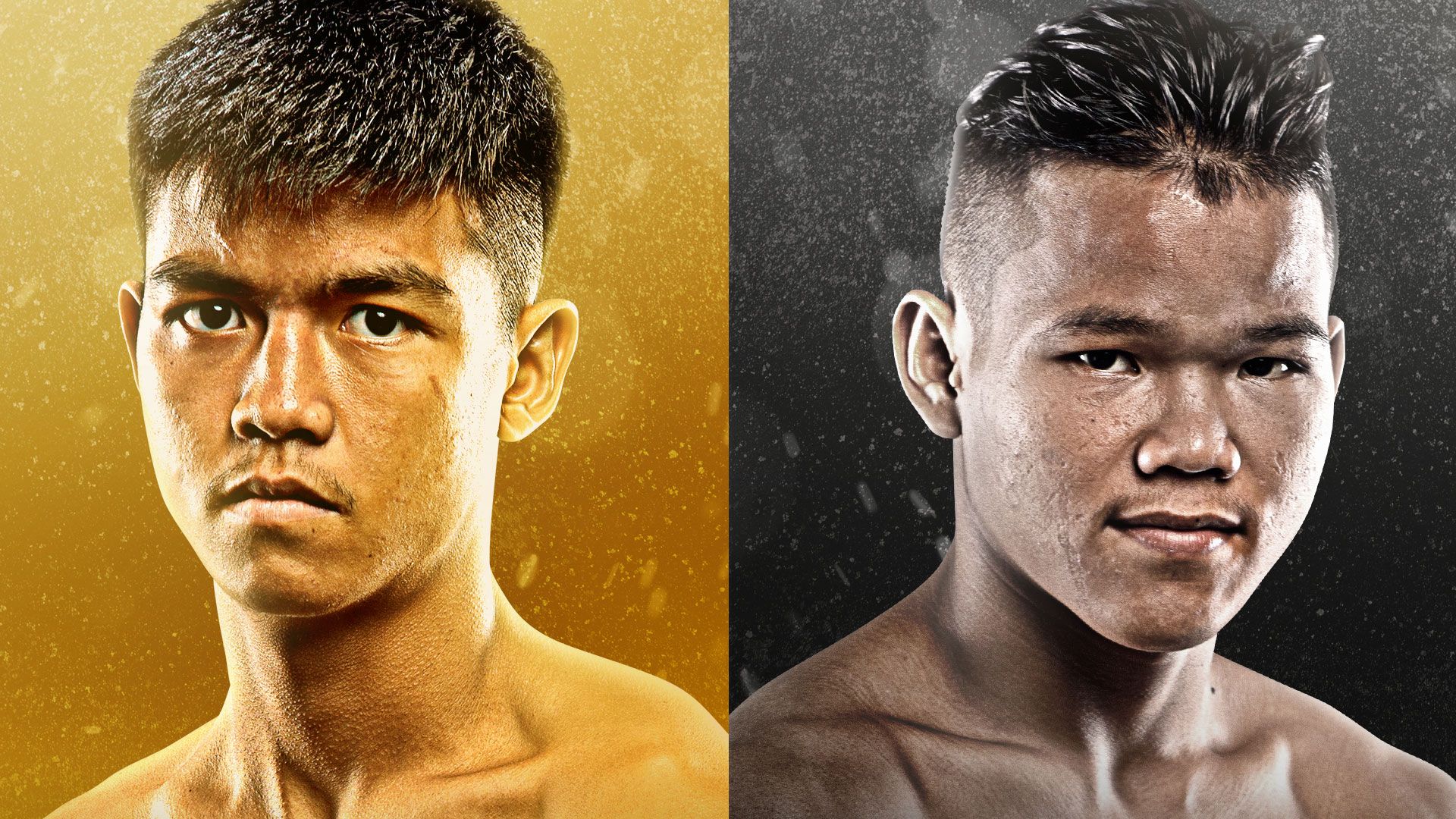 The first ONE Super Series Muay Thai bout of the night will feature Cambodian hero Sok Thy going up against Chinese striker Huang Ding. Both athletes have faced elite competition in the world’s largest martial arts organization, but they’ve yet to nab a victory.

Thy, a Kun Khmer World Champion, engaged in highly competitive bouts against Lerdsila Phuket Top Team and Mongkolpetch Petchyindee Academy, and he even fought Rodtang “The Iron Man” Jitmuangnon right before the superstar claimed his ONE Flyweight Muay Thai World Title.

Huang, who came up through ONE Hero Series, made his main roster debut a few weeks ago but was bested by Fahdi “The Gladiator” Khaled in a fast-paced, three-round war.

The flyweight Muay Thai division is very deep, so a victory on Friday would go a long way for both of these fighters. Opening the show will be a matchup between Fairtex Gym’s Yodkaikaew “Y2K” Fairtex and Tiger Muay Thai’s Alex Schild.

At ONE: NO SURRENDER II, “Y2K” overwhelmed the previously-undefeated John Shink, scoring a second-round knockout in highlight-reel fashion.

Against Schild, the Fairtex standout will try to go 2-0 against Tiger Muay Thai and prove he’s a force in the flyweight division.

Meanwhile, the American will attempt to seek redemption for his gym and his fallen teammate, while nabbing a victory in his main roster debut.