This Friday, 28 August, fans around the globe could find themselves watching the next brother-sister duo to become mixed martial arts World Champions.

Filipino siblings Denice “The Menace” Zamboanga and Drex “T-Rex” Zamboanga will grace the same ONE Championship card for the first time at ONE: A NEW BREED in Bangkok, Thailand.

I am so grateful that you are my brother. You’ve always been there for me! Thank you for supporting me and my dreams. Happy birthday to you champ! @thetrexmma ???? Love you always kuys ???? Goodluck to our journey. Soon we will become a both champion! Wait for meeee!! ???????? – – #champion #andstill #andnew #mma #mmafighter #thetrex #themenace #cagegladiator

The siblings have competed on the same amateur mixed martial arts events back home in Manila, Philippines, but Friday will take things to a whole new level.

For her part, “The Menace” could not be any more excited.

“I really want the two of us competing in the same event, so our careers are soaring at the same time. We support each other in training. If I need help with something, he will do it, and if he also needs my help, I give it. It’s always a give-and-take process in everything.” 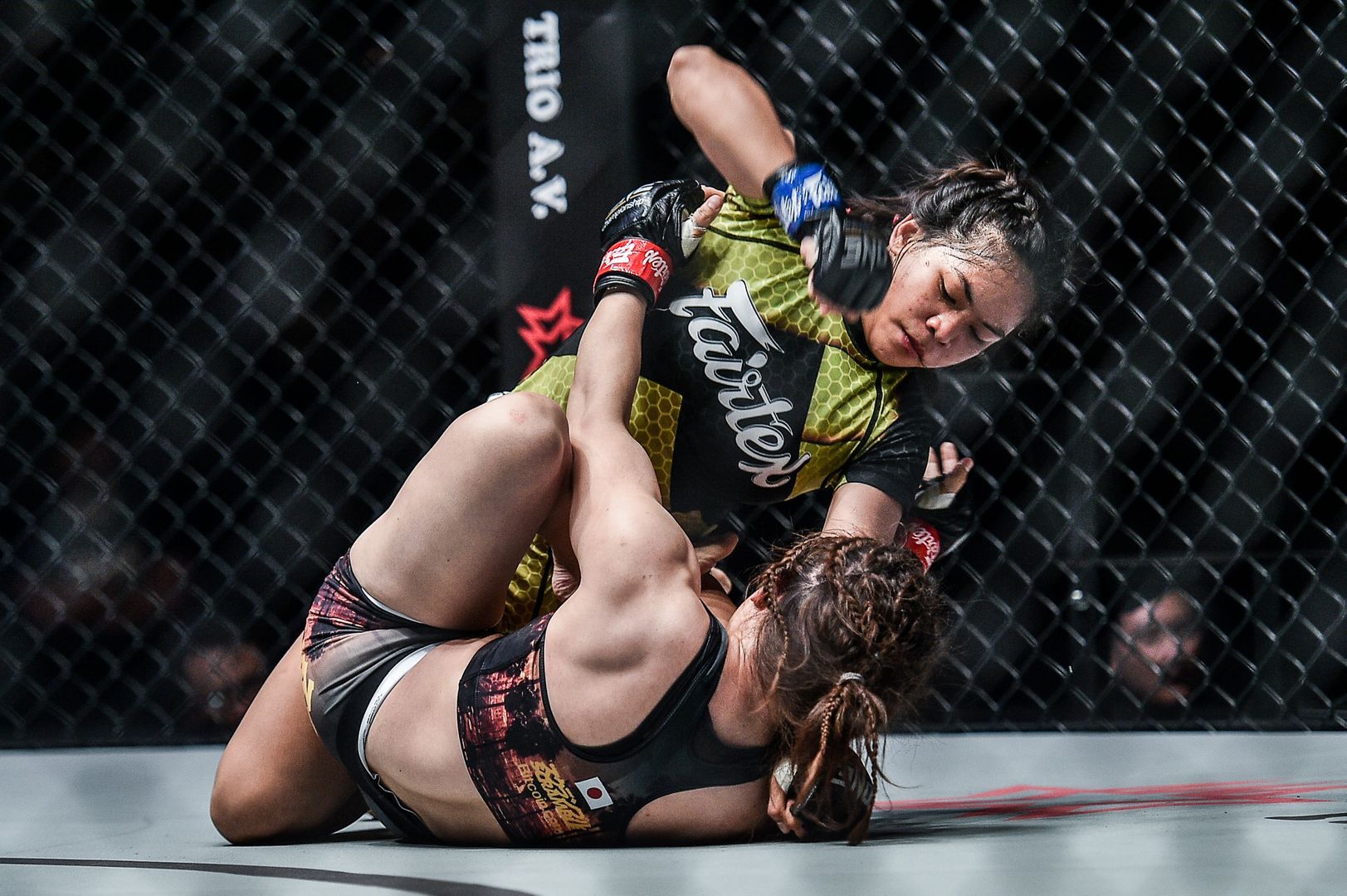 Drex is happy too, but he also admits to feeling some extra weight on his shoulders.

“The first time [we were together] is when we fought at an amateur mixed martial arts event in Manila, but that was six years ago,” he says. “[I feel extra pressure], especially since this is my first exposure on the big stage and the number one promotion here in Asia.”

However, they first need to achieve victory in the Thai capital on Friday. That won’t be easy, as each Filipino talent will face an immensely dangerous Thai opponent.

Let’s take a closer look at both matchups.

Denice is currently the top-ranked contender in the women’s atomweight division, an honor that’s entirely well-deserved.

She owns a flawless 7-0 professional record, including two phenomenal unanimous decision victories in ONE Championship.

Although ONE Championship Chairman and CEO Chatri Sityodtong awarded “The Menace” a ONE Women’s Atomweight World Title shot against Lee following that second victory, Denice decided to take another matchup first.

Her reasoning was quite simple.

“I think that this fight [at ONE: A NEW BREED] will really help me to stay active in fighting and to get even more ready for the title fight,” the 23-year-old says.

“I just wanna show to people that I really deserve to fight Angela Lee and make history for the Philippines as [the country’s] first atomweight Champion.”

At the same time, the decision to wait on the World Championship fight certainly comes with risk. If the #1 contender fails to defeat “Dream Girl,” the future bout with Lee could go up in smoke. 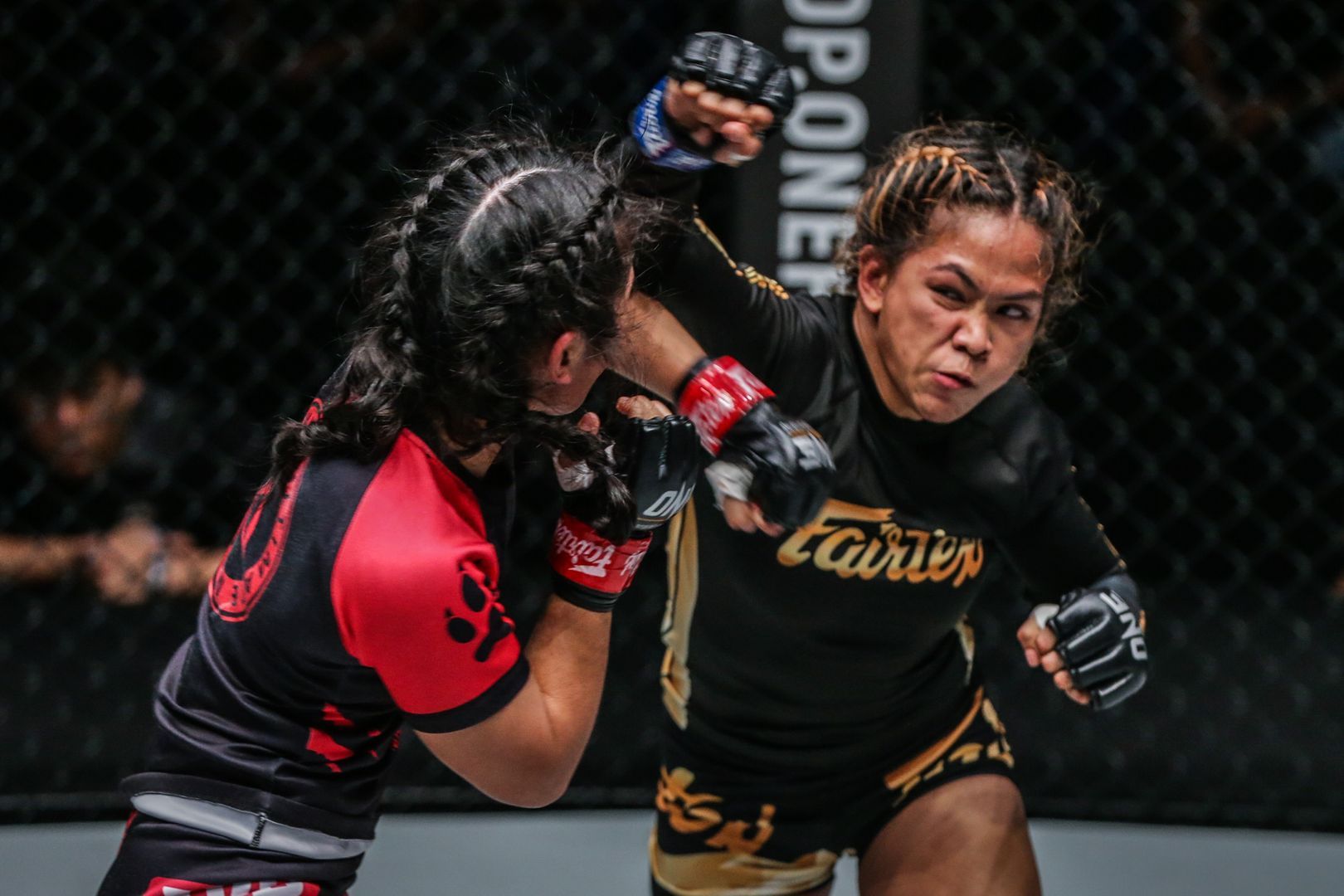 Kaewkhong will be making her mixed martial arts debut, but she is extremely skilled in various disciplines. The Thai competes on her country’s national wrestling team, is a Thailand Judo Champion, and holds a 46-12 record in Muay Thai.

Denice is not entirely sure what to expect on Friday, so she’s been training in every aspect of the all-encompassing sport.

“I’m prepared for whatever her game plan is for this bout,” she says.

“If she wants it standing, or if she wants to take me to the ground, I’ll be ready for that. I’m prepared for whatever she’ll throw in this bout because I made all the necessary preparations.”

Of course, if the Filipino has it her way, it will be an early night for “Dream Girl.”

“Honestly, I want to finish her quick in the first round,” Denice says. “Either by knockout, TKO, or submission.”

It’s clear that if “The Menace” accomplishes that feat, her ONE World Title fight with Lee will soon come to fruition.

‘T-Rex’ Ready For His Big Moment 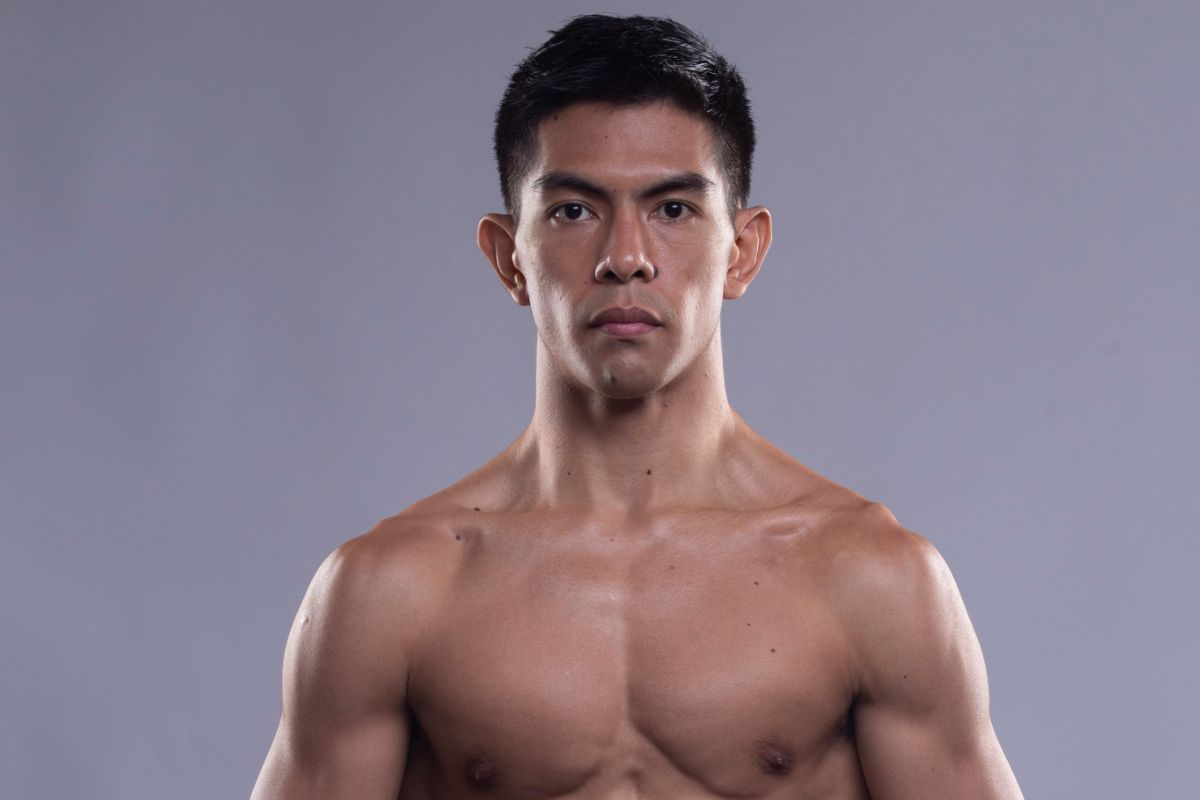 Before Denice enters the ring, older brother Drex will make his long-awaited premiere in The Home Of Martial Arts.

The man known as “T-Rex” is a Philippines Mixed Martial Arts Champion who holds an 8-5 professional record with three wins via submission and four via knockout.

Those accomplishments have led him to the global stage, where he has big dreams for the future.

“I feel excited because this is my mixed martial arts debut in ONE Championship and it feels great to be part of the largest martial arts organization in the world,” the 27-year-old says.

“My aspiration here in ONE is to become a Flyweight World Champion, and someday, I [also] want to be an inspiration and a great [role] model to the people who want to become a professional mixed martial arts fighter like me.”

Drex will attempt to kick-start his campaign with a victory over Sornsirisuphathin, a Thailand Amateur Mixed Martial Arts Champion who holds an 8-5 professional record with two victories coming via submission and five via knockout.

He made a name for himself on Rich Franklin’s ONE Warrior Series and was one of the first talents signed to the developmental league. There, he performed well, defeating the likes of Mark Cuizon and Mohd Fouzein to earn a main roster spot.

Both Sornsirisuphathin and “T-Rex” love to throw hands, but the Bangkok-based Filipino is determined to make a strong first impression after putting in so much hard work to reach this point.

“It is very important to me because I’ve put in a lot of time and sacrificed a lot. We risk not seeing our family just to be here in Thailand and focus only on training,” Drex says.

“This Friday, I want to make sure I give 100 percent just to show to the people around the world my talents in mixed martial arts. It will be a great and amazing fight that night.”