“Left Meteorite” Kulabdam Sor. Jor. Piek Uthai is just two wins away from achieving his lofty goal, and he can take a very significant step toward it this weekend.

On Friday, 28 August, the Thai knockout artist will square off against Rodlek PK.Saenchai Muaythaigym in the ONE Bantamweight Muay Thai Tournament final.

Their matchup will serve as the co-main event of ONE: A NEW BREED in Bangkok, Thailand, with the winner earning a shot to challenge legendary divisional king Nong-O Gaiyanghadao.

“If my bout with Rodlek goes well, I would get to meet Nong-O,” Kulabdam says. “I will have to be ready and train really hard. Since I want the World Championship, I must get through this.”

Kulabdam has looked sharp ever since making his ONE Championship debut last year.

Then, at ONE: NO SURRENDER III last weekend, he shocked the world by knocking out the division’s top-ranked contender, “The Million Dollar Baby” Sangmanee Klong SuanPluResort, in the first round to reach the tournament final.

That highlight-reel KO – produced by his trademark left cross – shocked even Kulabdam himself.

“I was happy and proud of my recent bout with Sangmanee,” the 21-year-old says. “I didn’t think I would knock him out that fast. He is one of the fastest strikers with his left elbow.”

In the semifinal, Kulabdam, the division’s #3-ranked contender, quickly found his range with leg kicks while blocking Sangmanee’s high kicks and methodically landing punches against the usually evasive opponent.

Then, with just 15 seconds left in the opening stanza, “Left Meteorite” struck.

The Sor. Jor. Piek Uthai representative threw a jab and a left hook, missed with his uppercut, and then turned off Sangmanee’s lights with a massive left cross.

“Our game plan was to strike forward since it was only three rounds. I focused on using my punches in the bout, and it was a success,” Kulabdam explains.

“There was a point where his guard dropped. As I said, I was focusing on my punches, so when his guard dropped, my punch got through. We were using [the small] mixed martial arts gloves, so he went down.”

In Friday’s tournament final, Kulabdam’s adversary will be just as dangerous.

Rodlek, who’s also known as “The Steel Locomotive,” has been mostly spectacular – and highly entertaining – during his run on the global stage.

The 30-year-old knocked out Andrew “Maddog Fairtex” Miller and knocked down both Liam “Hitman” Harrison and Chris Shaw with punches en route to a pair of unanimous decision victories.

And though Rodlek fell on the wrong side of a majority decision against Saemapetch Fairtex at ONE: NO SURRENDER II, the Fairtex representative was forced to withdraw from the final due to injury.

That gave “The Steel Locomotive” a second chance, and Kulabdam knows he won’t want to waste it. In fact, “Left Meteorite” believes he could be fighting against a mirror image.

“Since we have a similar striking style with our kicks and punches, it really depends on who will make the wrong move first,” he says of Rodlek. “It’s going to be fun since we both are fierce strikers.”

Both men love to walk forward, throw low kicks, unleash their boxing combinations, and fire off crosses from their respective stances; Kulabdam from southpaw and Rodlek from an orthodox stance.

Due to those explosive weapons, the 4-ounce mixed martial arts gloves, and the thrilling, high-intensity style of each fighter, this bout may not go the distance – a notion the Sor. Jor. Piek Uthai representative agrees with.

“Rodlek is also a boxer who strikes forward with his kicks and punches,” he says.

“His dangerous weapons are the leg kick, punch, and elbow. Those are the weapons I need to watch out for.

“I think it will be an entertaining fight. Whoever makes the wrong move first will likely go down. Maybe it won’t last a round.” 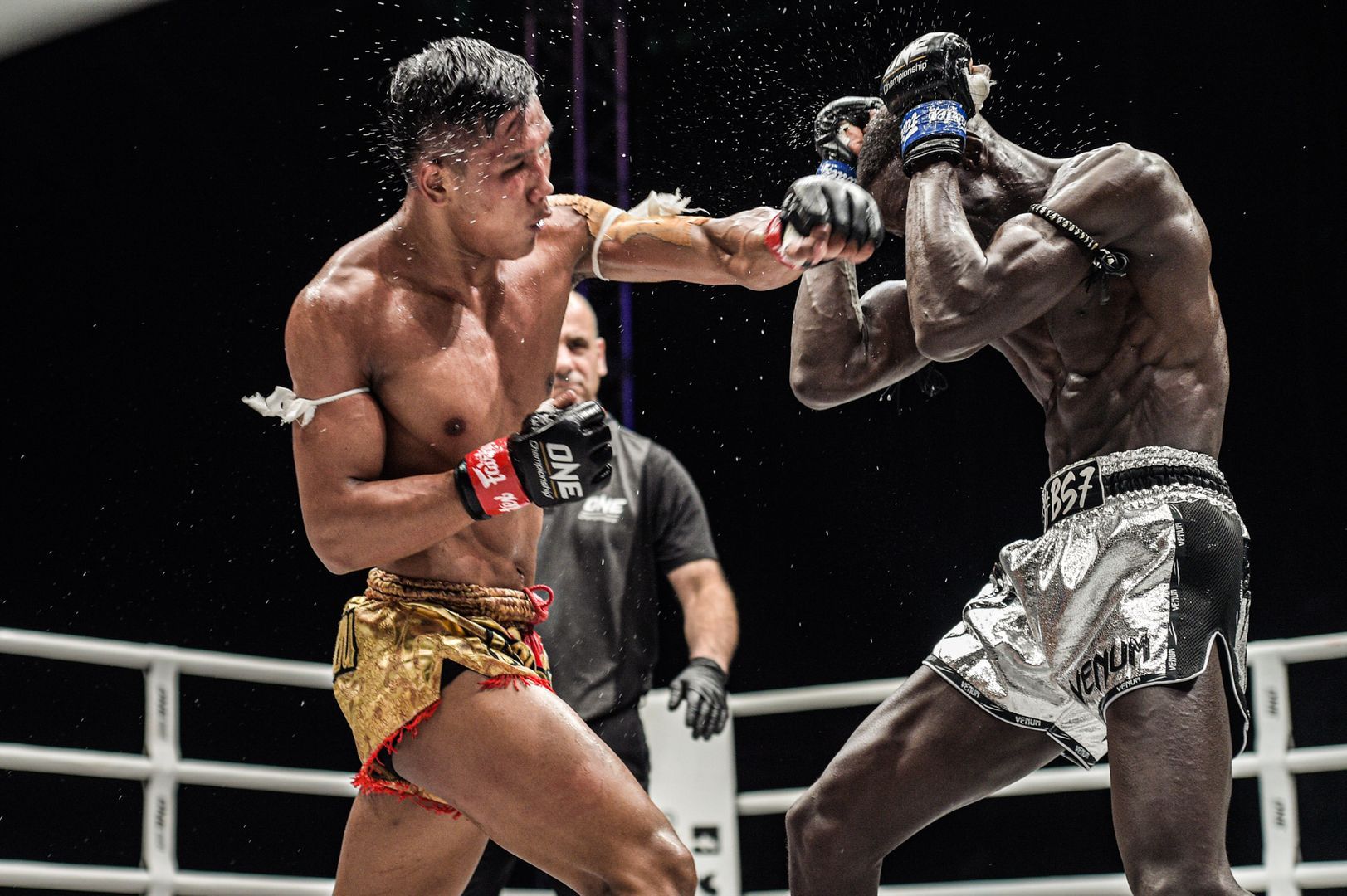 With the tournament championship and a crack at the ONE Bantamweight Muay Thai World Title hanging in the balance, it’s clear Kulabdam is focused on throwing his famed “Left Meteorite” and finishing off his rival as quickly as possible.