After a sensational debut at ONE: NO SURRENDER III, Wondergirl Fairtex is ready to make her sophomore ONE Championship appearance.

This Friday, 28 August, she will meet KC “Pinay Fight” Carlos in a strawweight Muay Thai contest at ONE: A NEW BREED in Bangkok, Thailand, and the young Thai is simply grateful to be competing amid these uncertain times.

“It’s a good opportunity for me to fight for one of the biggest martial arts promotions in the world,” the 21-year-old says.

“All fighters around the world, they want to fight, but they can’t [due to the COVID-19 pandemic]. I get this chance – so yeah, I’m happy.” 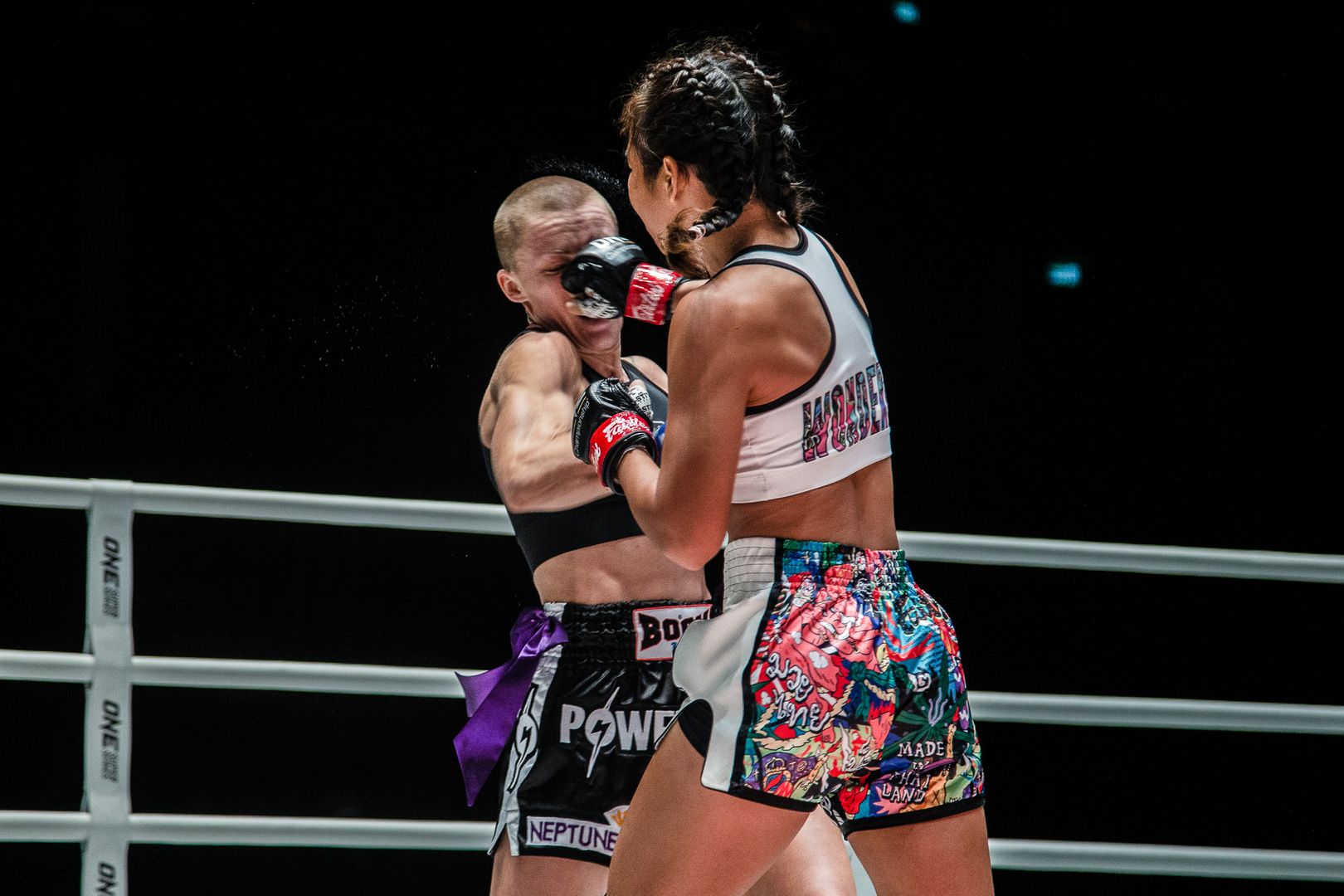 At ONE: A NEW BREED, the Fairtex representative will step into the ring against a Filipino opponent who has plenty of experience fighting – and beating – Thais at their own game.

In 2016, “Pinay Fight” defeated Thailand’s Nong Fah for the Chalong Stadium Boxing Championship, and then she competed in China and at the IFMAs in Mexico.

“[In three-round matches], she fights aggressively from the first round. But if she fights five rounds, she likes to wait – not really start aggressively.

“She also has good rhythm and timing, and she’s good at defending too. I won’t underestimate my opponent, for sure.”

Of course, whether Carlos can defend herself from Wondergirl’s guard-splitting right hand is yet to be determined. And if she does, the Thai will have other options.

“I have a long reach, so I think I’m going to use my reach. My right hand is strong and so are my elbows and knees,” the Fairtex representative says.

So, will that strategy lead to a decisive outcome?

“I want to know, too,” the budding star says with a laugh. “I can’t tell now, but I’ll be doing my best for this fight. If I get the chance to knock her out, of course I will take it, like my last fight.”

Wondergirl Fairtex ???????? WOWS in her first ONE Super Series fight, stopping Brooke Farrell in the first round! @natwondergirl #NoSurrender3 How to watch ONE: NO SURRENDER III Link in bio ???? @onechampionship

Indeed, Wondergirl was dominant in her promotional debut at ONE: NO SURRENDER III, earning a first-round KO victory over Brooke Farrell. The Thailand native used her thumping right hand to scorch the Australian throughout much of that opening stanza, getting the job done in just 81 seconds.

But even after wowing fans in that appearance, the rising Thai star is planning to utilize more of “the art of eight limbs” against Carlos.

“In my last fight, I used a lot of punches. Almost the whole game plan was punches,” she says. “I want to show the world what I can do to win. I’ll throw everything I’ve got and show all the techniques – all the weapons.”

If Wondergirl does manage to nab her second consecutive win on Friday, great things could be in store. Like most athletes who enter ONE, she would love to become a World Champion.

At the same time, she’s in no rush to make that happen.

“My goal in ONE Championship is to be a champion one day. But I still want to fight a few more fights before that,” the Thai says.

“Last year [outside of ONE], I finished my fights in the second rounds and third rounds. So, I need a couple more fights.” 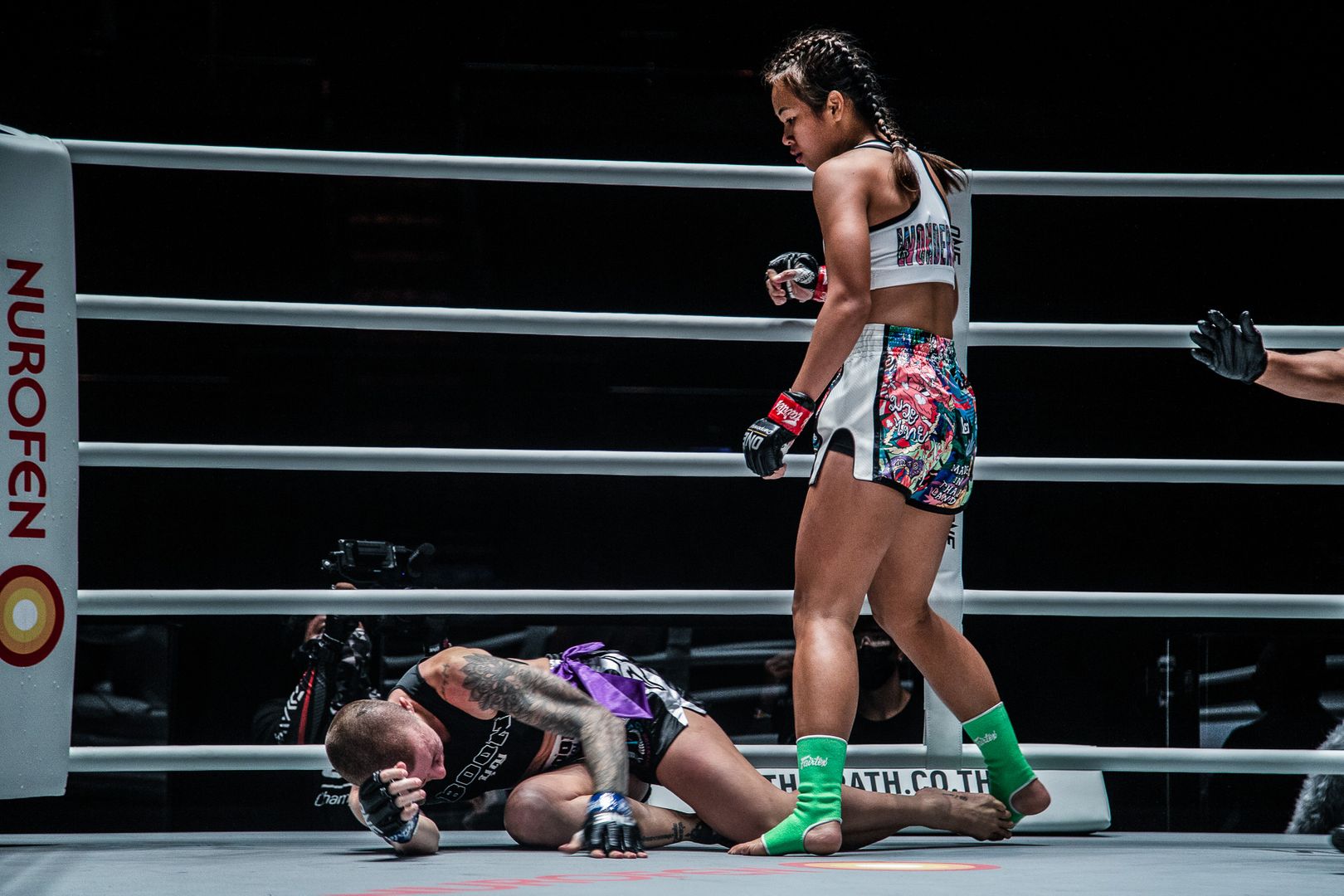 Although Wondergirl doesn’t have any final words for “Pinay Fight” before they meet in the ring, she does have a message for her supporters.

“To all my fans around the world, Wondergirl Fairtex really appreciates you guys for supporting me,” she says. “In my next fight, I’ll put on the best show. I will put everything I’ve got into it.”