After exploding onto the global stage with back-to-back knockout wins in 2020, Wondergirl Fairtex wants to kick off her 2021 campaign in the same fashion.

The world will be watching as the Thai star returns to face American debutant Jackie Buntan at ONE: FISTS OF FURY, which broadcasts live from the Singapore Indoor Stadium this Friday, 26 February.

“I am coming to continue my knockout streak — the same as my last two fights,” Wondergirl says ahead of the ONE Super Series Muay Thai strawweight encounter.

Wondergirl, a two-time Thailand Muay Thai Champion, debuted with a first-round stoppage of Brooke Farrell at ONE: NO SURRENDER III in August and then followed that up with a second-round finish of KC Carlos at ONE: A NEW BREED.

Since earning those highlight-reel victories, the Thai has continued to sharpen her skills at the Fairtex Training Center in the hope of earning the hat trick.

“I knew I would be fighting at this event around the end of last year, and I found out who I was fighting after the New Year,” Wondergirl says.

“I knew that I had to fight with a newcomer who had never fought in ONE. I tried to search for her previous fight videos, but I could only find her training clips.”

Wondergirl didn’t have much footage to study, but she knows Buntan comes from a world-class team.

The California native, who trains at Boxing Works, is an American Muay Thai Champion and a longtime training partner of ONE Atomweight Kickboxing World Champion Janet “JT” Todd.

“I can say that I should not underestimate her,” the Thai star says of her rival.

“She is a technical fighter that has some annoying weapons. They are not hard and not fast like [Todd], but her right punches are quite good. She can kick with both legs, and her left teeps are super.” 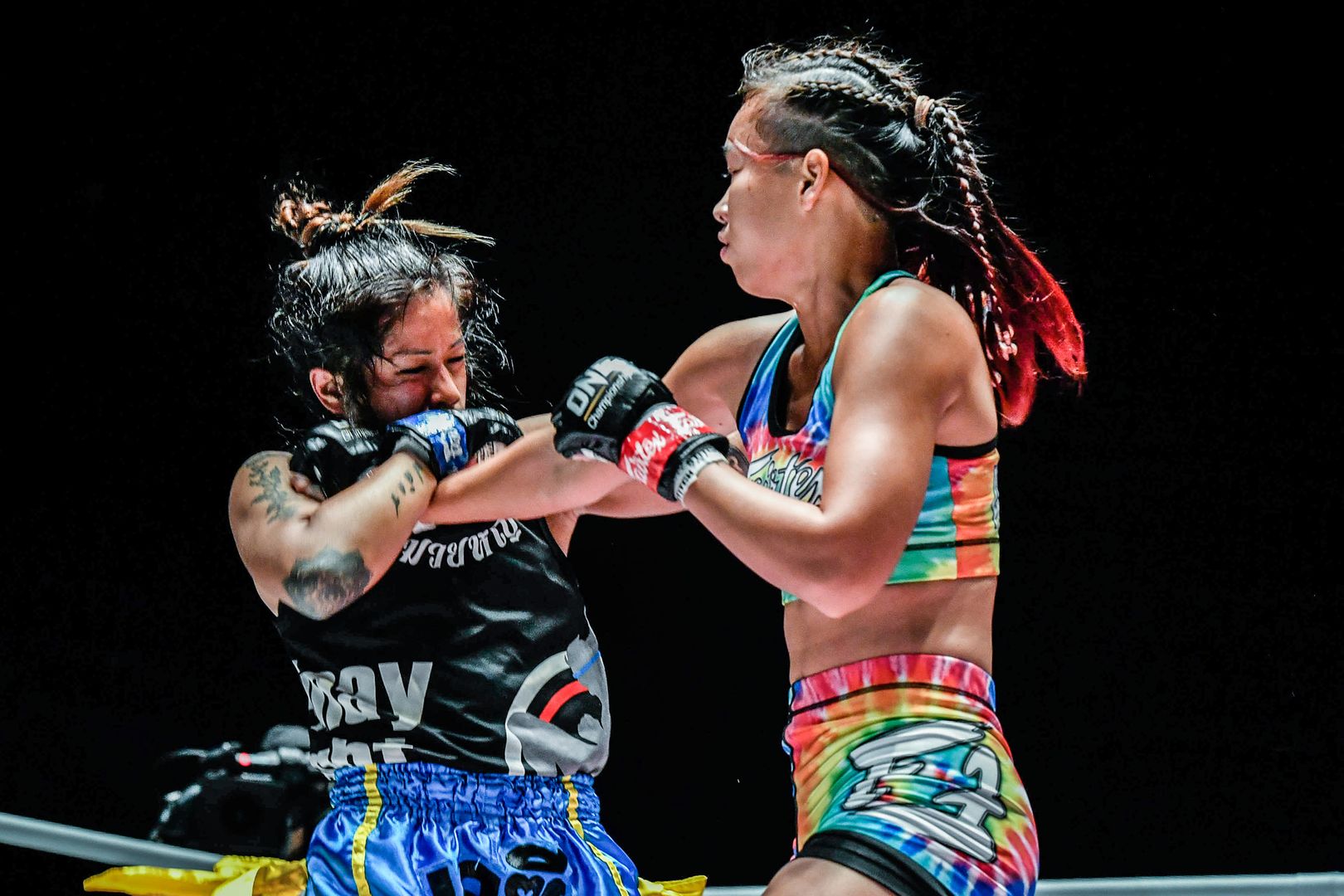 For her part, Wondergirl will enter this contest with a significant reach advantage, and she has already shown that her arrow-like straight punches are a concussive weapon.

The Thai star wants to make the most of her physical edge and force Buntan to compete on her terms.

“I think I have the advantage with my long range. I am taller than her by around six centimeters, so I will push her hard and walk forward to put pressure on her. I will not fall into her game,” Wondergirl says.

Even if the durable Buntan manages to close the distance, the Fairtex representative does not plan to give her any respite. 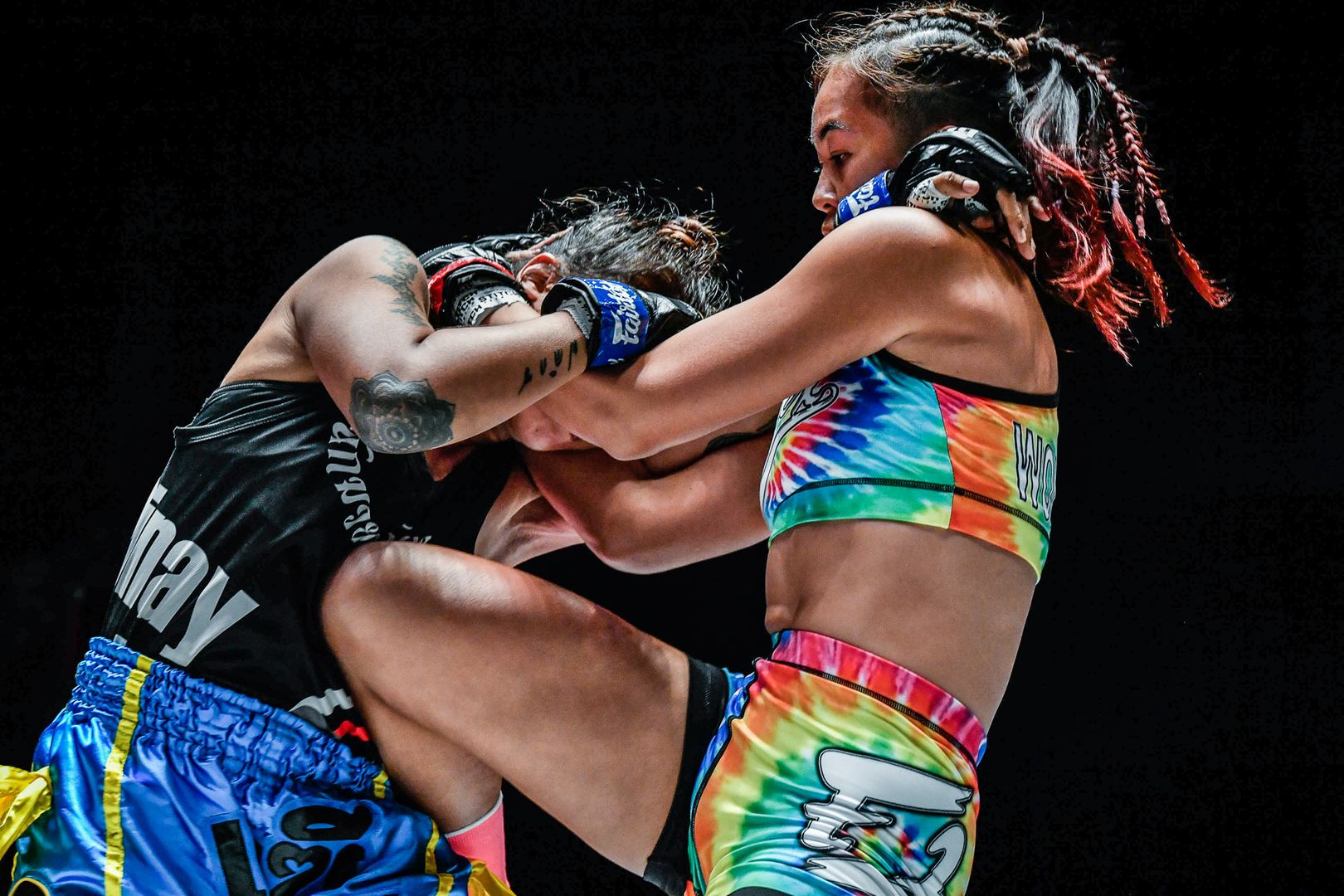 As a matter of fact, Wondergirl will be ready with a certain dangerous weapon if the two fighters end up close together.

“I have trained for the clinch [with my] knees and elbows,” the Thai says.

“I have a special elbow that I have learned from my experience in the ring. It works well with smaller opponents, and I will use this elbow on her.”