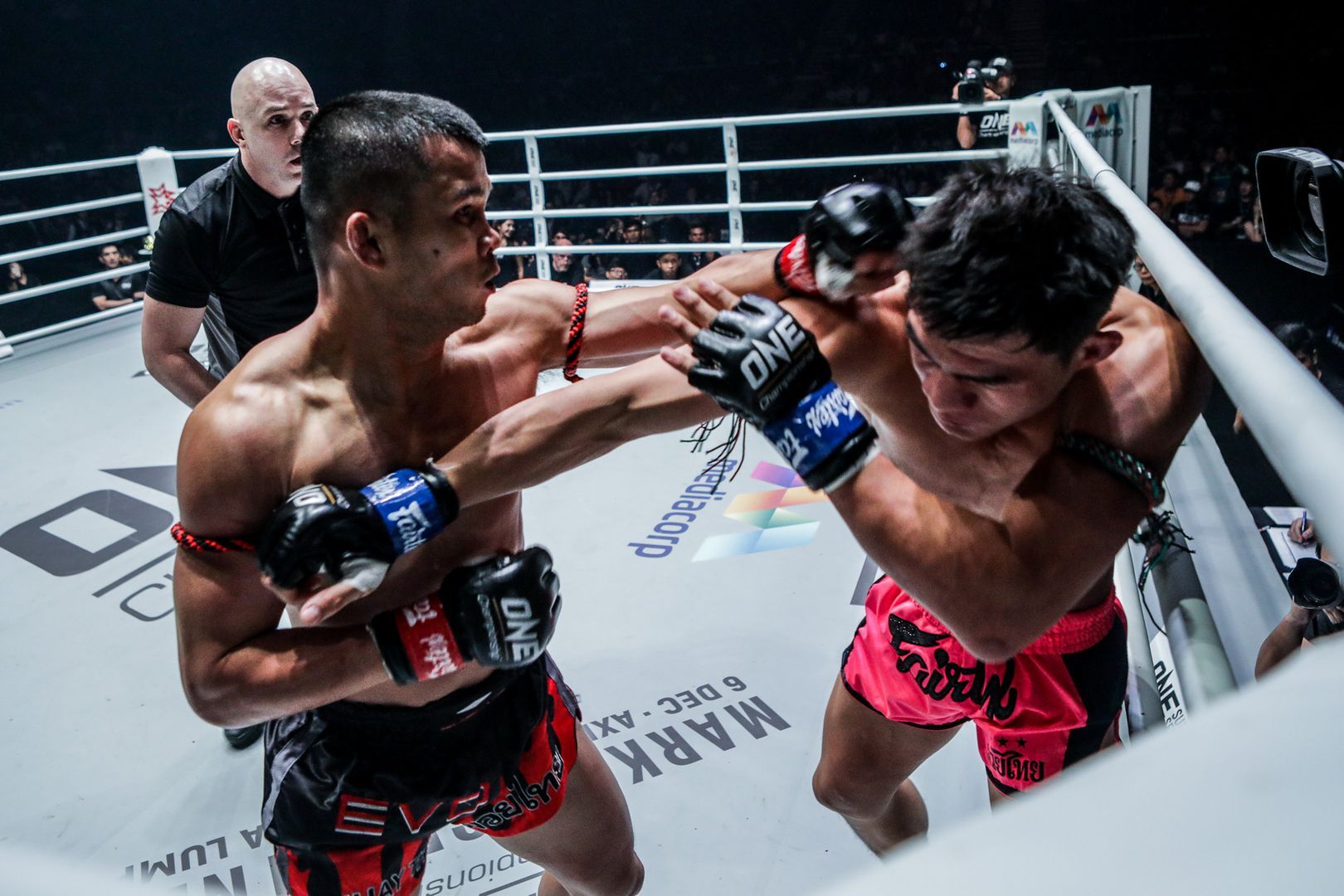 The final quarter of 2019 did not disappoint, especially when it came to ONE Super Series.

Every competitor from ONE Championship’s all-striking branch tried to deliver a highlight-reel finish, but only a select group of athletes were able to succeed in their mission.

It was tough to choose, but we were able to pick the five best knockouts from the final three months of the year.

#1 Nong-O’s Right Cross Down The Pipe

???? BOUT OF THE NIGHT ????Nong-O Gaiyanghadao knocks out Saemapetch Fairtex with a MASSIVE right hand to remain the one and only ONE Bantamweight Muay Thai World Champion!????: How to watch ???? http://bit.ly/ONEEOGHTW????: Book your hotel ???? bit.ly/ONEhotelplanner????: Watch on the ONE Super App ???? bit.ly/ONESuperApp????: Shop official merchandise ???? bit.ly/ONECShop

This past November at ONE: EDGE OF GREATNESS in Singapore, martial arts fans were treated to Nong-O Gaiyanghadao’s brilliance one more time, as he successfully defended his ONE Bantamweight Muay Thai World Championship against his Thai compatriot, Saemapetch Fairtex.

Nong-O was on point from the start, and he almost stopped the show in the second round. Quick, accurate uppercuts broke through Saemapetch’s guard and landed on the chin, which dropped him in the final minute of the stanza. After getting back to his feet, the legend connected with more uppercuts and scored his second knockdown right before the bell.

Saemapetch, however, returned at the beginning of the third round with a new fire. He pushed his countryman to the limit, striking him with powerful low kicks and punches.

Although he was on the attack, Nong-O flipped the script and finished his adversary moments into the fourth round. He connected with a stinging right cross, which caused Saemapetch to fall backwards and stare at the bright lights. The referee immediately stopped the contest, giving Nong-O the victory and a memory that will last on his highlight reel for years to come.

The unthinkable happened at ONE: AGE OF DRAGONS – the off-switch was found on “The Boxing Computer.”

Yodsanklai IWE Fairtex had gone more than a decade without being knocked out in Muay Thai. But when the living legend met Jamal “Kherow” Yusupov in a ONE Super Series featured contest in Beijing, China last month, all of that changed.

After an even first round, the Russian upped his tempo and pressured Yodsanklai in the second frame. A left cross from Yusupov connected cleanly and put the Thai on the canvas.

A crisp three-punch combination, punctuated with another hard left cross, shut down “The Boxing Computer” for good seconds later. Yodsanklai was unable to return to his feet, causing the Russian’s corner to leap over the ropes and celebrate the astonishing upset victory.

#3 “Mister KO” Lives Up To His Moniker

Fans knew to batten down the hatches when Romanian colossus Andrei “Mister KO” Stoica and Brazilian powerhouse Anderson “Braddock” Silva met at ONE: MARK OF GREATNESS in Kuala Lumpur, Malaysia earlier this month.

It was a tentative, but tension-filled start in the opening minute. Stoica was throwing single shots in response to Silva’s forward-pressuring strikes, but he just narrowly missed with left hooks.

A quick left hook finally found its mark, however, and wobbled the Brazilian. “Mister KO” followed his opponent to the fence and uncorked a massive right cross, which put “Braddock” on the canvas.

Silva made it up before referee Atsushi Onari’s count maxed out, but he was in no condition to continue and the bout was called off. The 118-second performance showed why Stoica is a serious threat to the ONE Light Heavyweight Kickboxing World Championship in 2020.

The world’s largest martial arts organization experienced a landmark moment in October, as it brought its biggest event in history, ONE: CENTURY, to Tokyo, Japan.

On the first installment of the double-header, Janet “JT” Todd stood out in a crowded field of top-notch athletes with a stunning second-round knockout of Ekaterina “Barbie” Vandaryeva.

It was a well-contested opening frame, as both women showcased their arsenal of strikes while looking for the finish. “JT” took control of the bout in the second round by keeping the Belarusian from finding her rhythm.

But soon, the Japanese-American star connected with a strongside head kick, which made “Barbie” stumble around until she collapsed to the canvas. Vandaryeva failed to answer the referee’s count, allowing Todd to put another highlight onto her growing reel.

Nong-O may have stolen the show at ONE: EDGE OF GREATNESS, but on the preliminary card, “No. 1” Nguyen Tran Duy Nhat got the fans inside the Singapore Indoor Stadium buzzing.

The Vietnamese striker wasted very little time in his ONE Super Series Muay Thai clash with Yuta Watanabe. Duy Nhat sent the Japanese combatant to the mat in the opening round with a head kick.

While Watanabe was able to answer the referee’s count, the path to victory was clear to the man known as “No. 1.” Just 30 seconds into the second round, Duy Nhat put Watanabe on the canvas for good with another head kick.