Two of Thailand’s best took to foreign soil in the main event of ONE: EDGE OF GREATNESS, but it was the Singaporean-based Thai – Nong-O Gaiyanghadao – who walked away with the ONE Bantamweight World Title still strapped around his waist.

The Thai legend defeated Saemapetch Fairtex with a fourth-round knockout after an epic World Title clash inside the Singapore Indoor Stadium on Friday, 22 November.

???? BOUT OF THE NIGHT ????Nong-O Gaiyanghadao knocks out Saemapetch Fairtex with a MASSIVE right hand to remain the one and only ONE Bantamweight Muay Thai World Champion!????: How to watch ???? http://bit.ly/ONEEOGHTW????: Book your hotel ???? bit.ly/ONEhotelplanner????: Watch on the ONE Super App ???? bit.ly/ONESuperApp????: Shop official merchandise ???? bit.ly/ONECShop

It was a neck-and-neck battle between the pair in round one. Nong-O threw his trademark right kicks and punishing right hands, but the challenger remained steadfast. Saemapetch countered with punches of his own and found a home for his right hook and left kick.

However, the defending ONE Bantamweight World Champion turned up the heat in round two. Although Saemapetch was happy to trade blows, Nong-O’s power began to tell. The Evolve representative loaded up on his right hand and drove his rival backward.

In the final minute of the frame, Nong-O planted the Pattaya man with an uppercut-cross, but it was a series of uppercuts that sent him to the canvas. 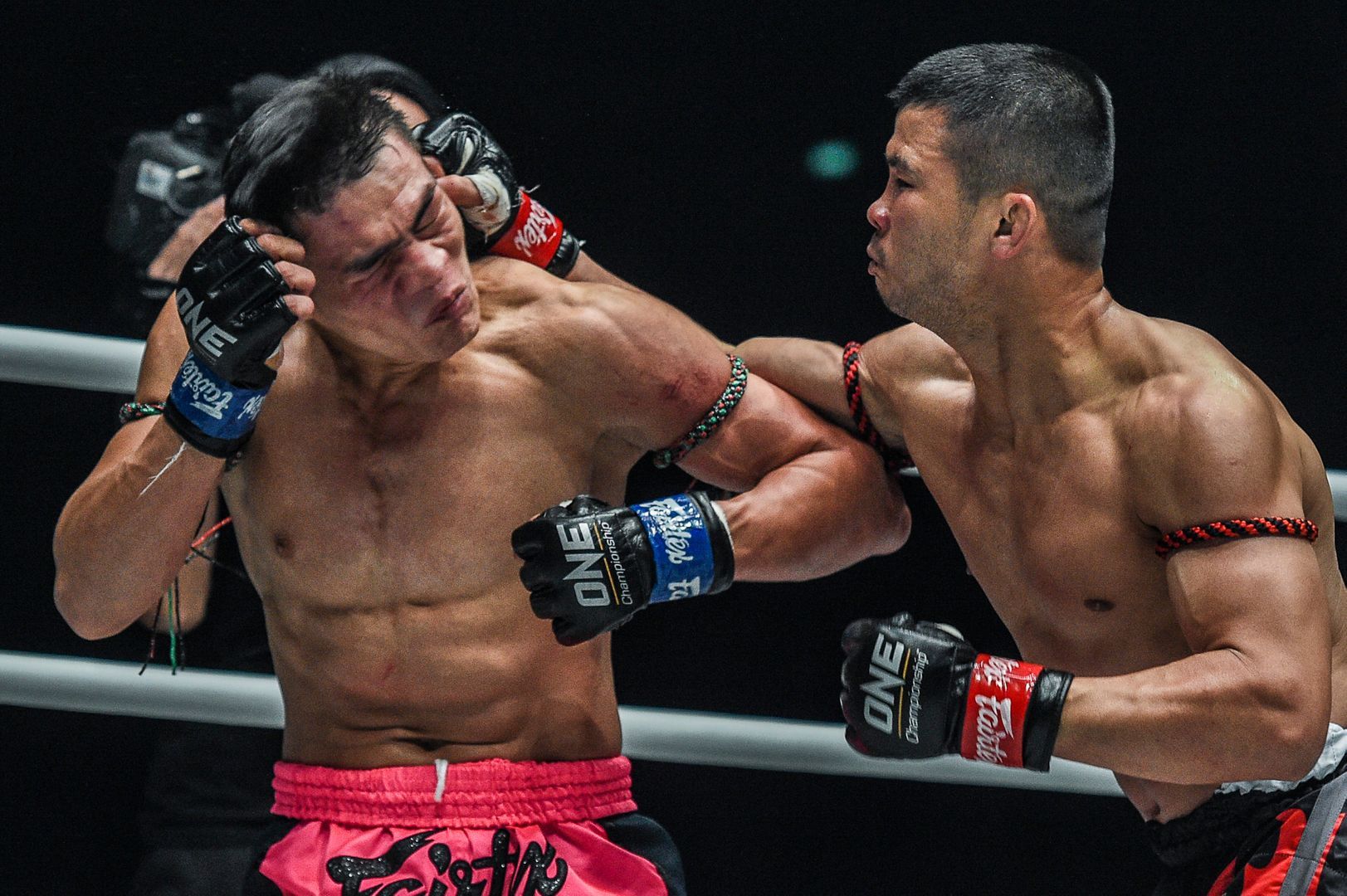 When Saemapetch returned to his feet, his 33-year-old opponent continued the assault with a volley of punches and elbows, and a final right uppercut dropped him yet again.

Somehow the challenger made it to the end of the round and came out looking refreshed in the third stanza. Nong-O moved forward but Saemapetch ripped his compatriot’s body and legs with kicks.

The bantamweight kingpin was eager to find the finish and stepped in with hard hooks and elbows, but the Fairtex man replied with his powerful right hook-left cross combination. 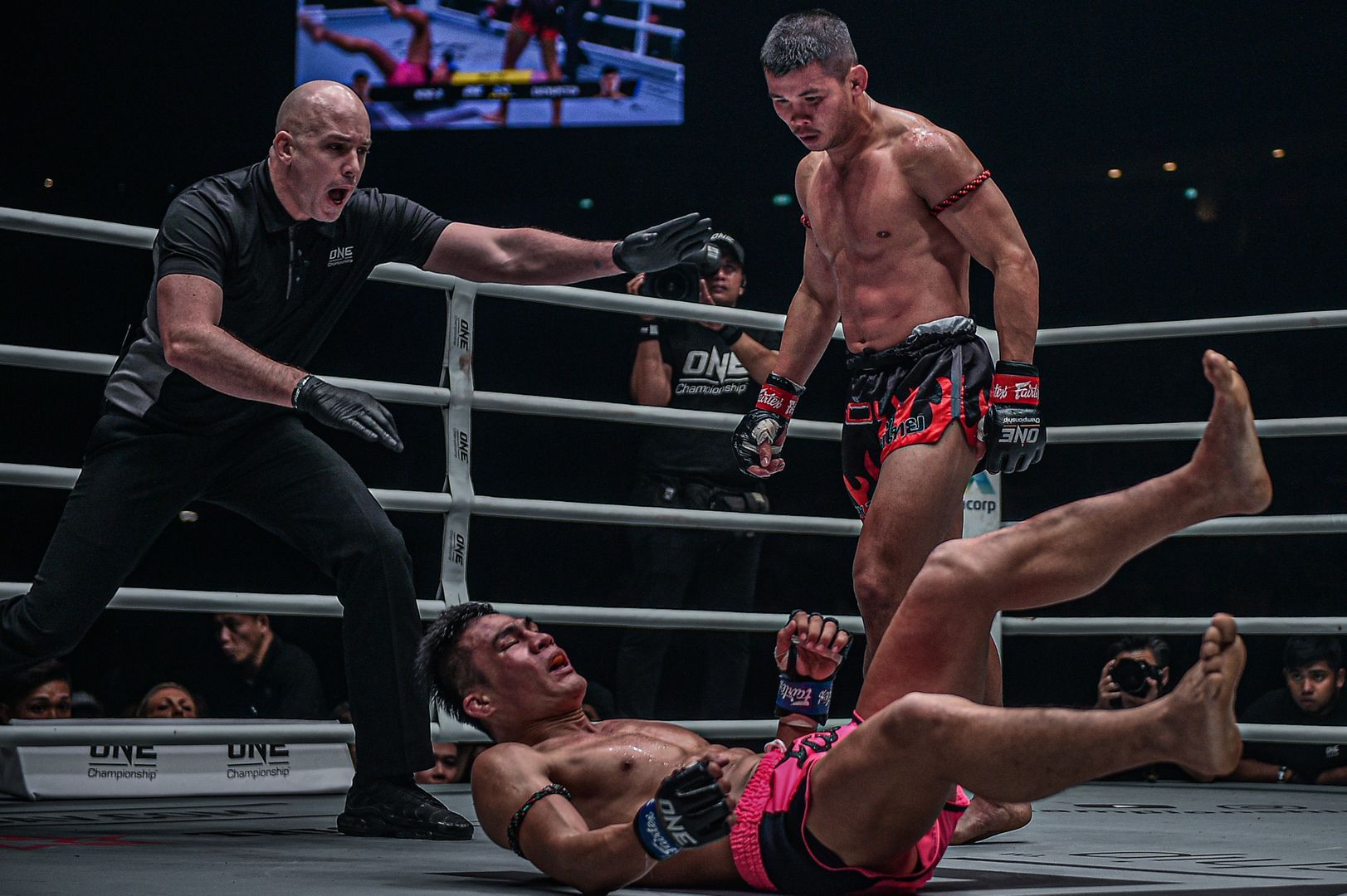 It seemed like Saemapetch might turn a corner in the fourth round. Although Nong-O swept him off his feet, he jumped back up and returned with a left kick and left cross.

Still, the World Champion’s power was the key difference. A thudding right hand from nowhere left Saemapetch laying like a “T” on the canvas.

The monumental KO came at the 1:46 mark of round four and pushed Nong-O’s record to 261-54-1 and earned him his third World Title defense in the world’s largest martial arts organization.