In the beginning of 2019, “Pretty Boy” Troy Worthen traveled across the world looking for a better opportunity in mixed martial arts – and he found it on a small island nestled in Southeast Asia.

The undefeated American joined the Evolve Fight Team in Singapore, and he emerged as one of the brightest up-and-coming stars in ONE Championship’s bantamweight division.

Worthen, who kicked off his promotional campaign in the second half of the year, has decimated his competition. He earned a pair of second-round TKO victories in The Home Of Martial Arts to push his spotless record to 6-0.

Most recently in November, the 26-year-old defeated “Rock Man” Chen Lei at ONE: EDGE OF GREATNESS in Singapore.

“Pretty Boy” dominated Chen for the better part of two rounds, taking his Chinese opponent down at will and punishing him with strikes. His relentless ground and pound forced the referee to stop the contest with only four seconds remaining in the second frame.

“I think I did well. I could have stayed on the feet a little bit longer and found some more success there had I decided to. It just felt right to get into the grappling exchanges once I got there,” Worthen says.

Now, with a successful 2019 in the books, “Pretty Boy” will return to his native Florida to relax and spend time with his loved ones during the holiday season.

“I have been in fight camp pretty much since I got to Singapore – my body needs a bit of rest,” he admits. “I’m going to go back home and see the family that I haven’t seen in a year.”

Despite taking a well-deserved break, the American looks forward to the coming new year.

ONE recently announced its schedule for 2020, and the Evolve representative has plenty of opportunities to extend his streak.

Worthen feels like he has something to prove, however. Just like he has used his wrestling pedigree to dominate strikers, he wants to show the world he could to the same thing against his fellow grapplers — and he has two athletes in mind.

Shuya “Stealth” Kamikubo is one of them. The Japanese martial artist, who has an 11-1 professional slate, also had an impressive 2019.

He scored back-to-back unanimous decision wins over “Ottogi” Dae Hwan Kim at ONE: CLASH OF LEGENDS in February and Worthen’s stablemate, Bruno “Puccibull” Pucci, at ONE: EDGE OF GREATNESS. It was the latter that truly got the American’s attention, though.

“Shuya did awesome against Bruno Pucci – [it was a] beautiful performance – and he has dominated people as well,” the American says.

“He’s 4-0 now in the bantamweight division. I actually respect and like the kid a lot. We shook hands and talked backstage. He’s on a winning streak for grapplers. I think people would love to see us go head-to-head.” 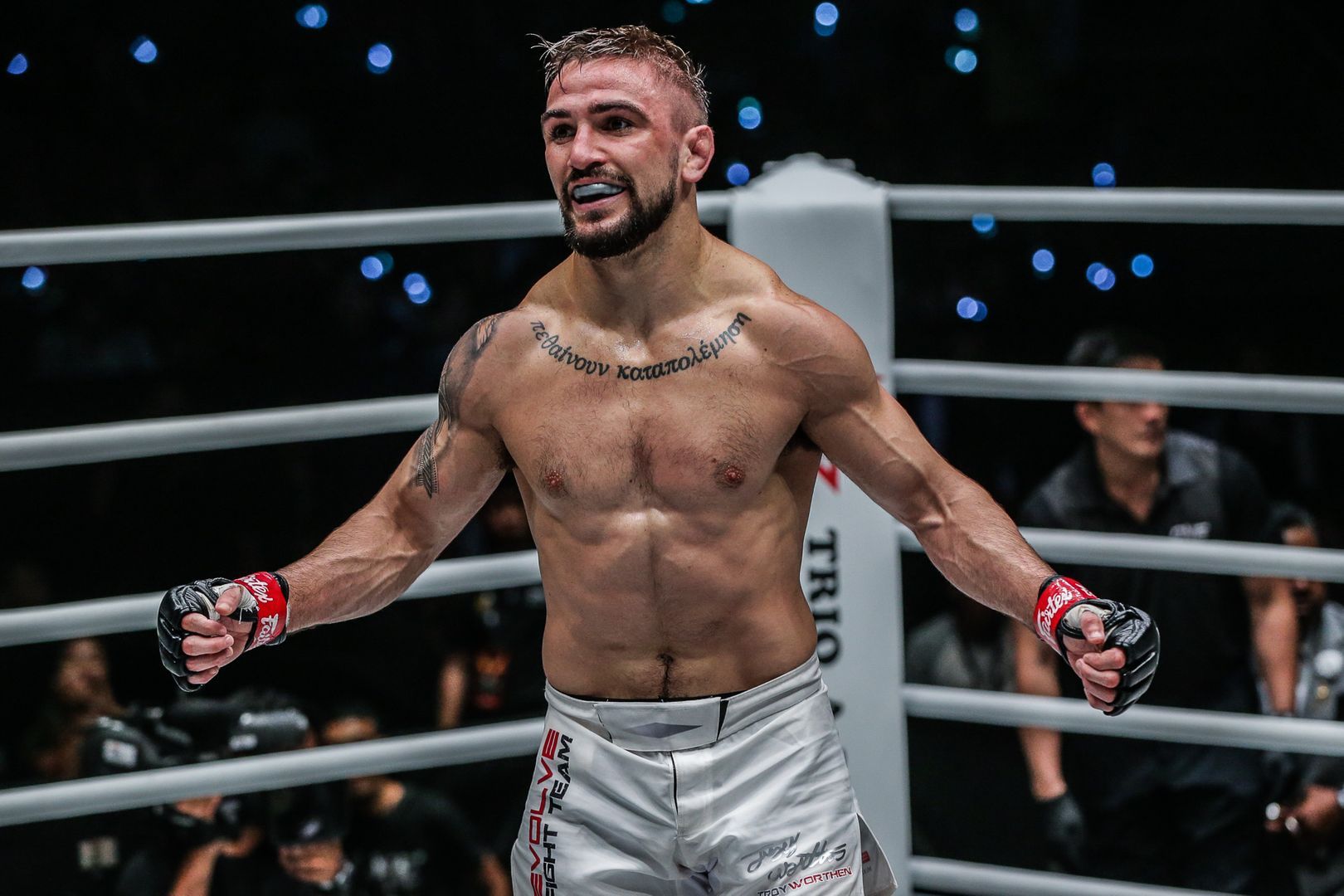 Another athlete who “Pretty Boy” has kept his eye on is Yusup “Maestro” Saadulaev, who yearns for a ONE Bantamweight World Title showdown with the division’s reigning king, Bibiano “The Flash” Fernandes.

Following his featherweight loss to Vietnamese-American Thanh Le at ONE: FOR HONOR in May, Saadulaev returned to the bantamweight division where he was more successful.

He bounced back to pick up two unanimous decision wins, defeating Dae Hwan Kim at ONE: DREAMS OF GOLD in August, and Daichi Takenaka at ONE: AGE OF DRAGONS in November.

For Worthen, the chance to face two of the top grapplers in the weight class would be a dream come true in 2020.

“Saadulaev is on a great win streak. He’s a big name and he’s been dominating people for years,” the Evolve representative says.

“I would love to show that I can do this to anybody, not just a bunch of strikers. So that would be a fun couple of match-ups I can see in my head.”