“Pretty Boy” Troy Worthen added another dominant win to his undefeated record at ONE: EDGE OF GREATNESS at the Singapore Indoor Stadium.

Worthen rained down punches on “Rock Man” Chen Lei from the mount to score a second-round technical knockout win over his opponent on Friday, 22 November in The Lion City.

From the first round, “Pretty Boy” looked as good as advertised. After a brief feeling-out process, the Evolve star scored a takedown and pinned Lei to the canvas. The 26-year-old then worked from half guard, landing solid punches as his Chinese opponent tried to counter from his back – but that would be the only offense from “Rock Man” in the match.

Leading into the second round, the American opened up with a head kick, then secured a takedown and rained down ground and pound from within the guard of his opponent. Worthen’s attack was clinical as he worked to half-guard and then to mount. 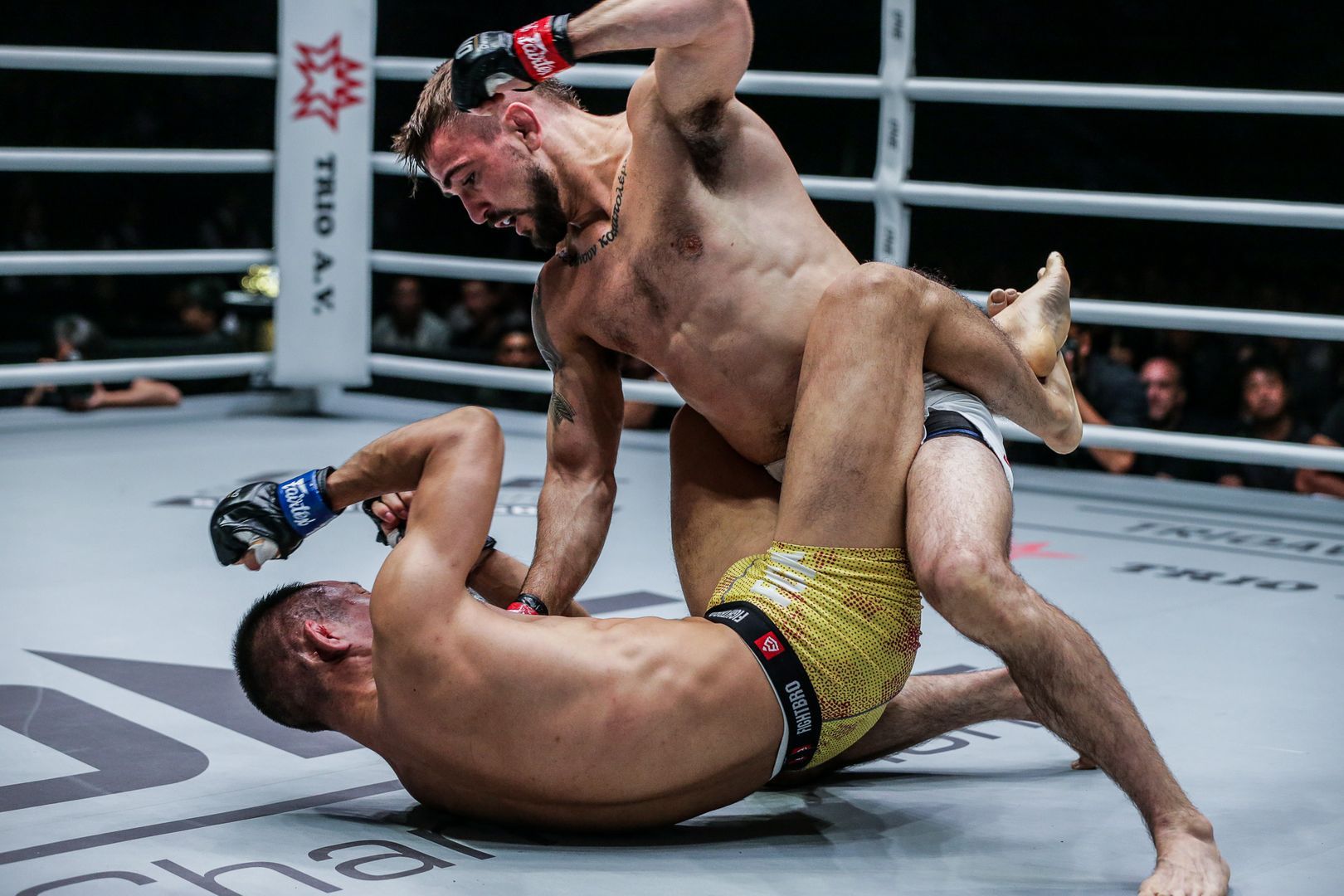 It was mere formality from there on out as the NCWA Wrestling Champion brought the heat, forcing referee Kemp Cheng to end the match at 4:56 of the second round. The TKO finish bumped Worthen’s mixed martial arts record to 6-0.