Rahul “The Kerala Krusher” Raju sent the Singapore Indoor Arena into a frenzy with his second consecutive victory in his adopted hometown.

The Juggernaut Fight Club man submitted Furqan “The Lion” Cheema with a rear-naked choke in the second-round at ONE: EDGE OF GREATNESS on Friday, 22 November.

Cheema opened up the 81-kilogram catch weight contest with a spinning back fist, but that allowed BJJ brown belt Raju the chance to close the distance and implement his grappling game plan.

Despite earning himself a yellow card for grabbing the ropes, the Pakistan athlete showed some good defensive work to stay upright after the match continued.

He worked back to his feet when he was taken down, but “The Kerala Krusher” did not let up, and maintained his pressure to control the contest in close-quarters. 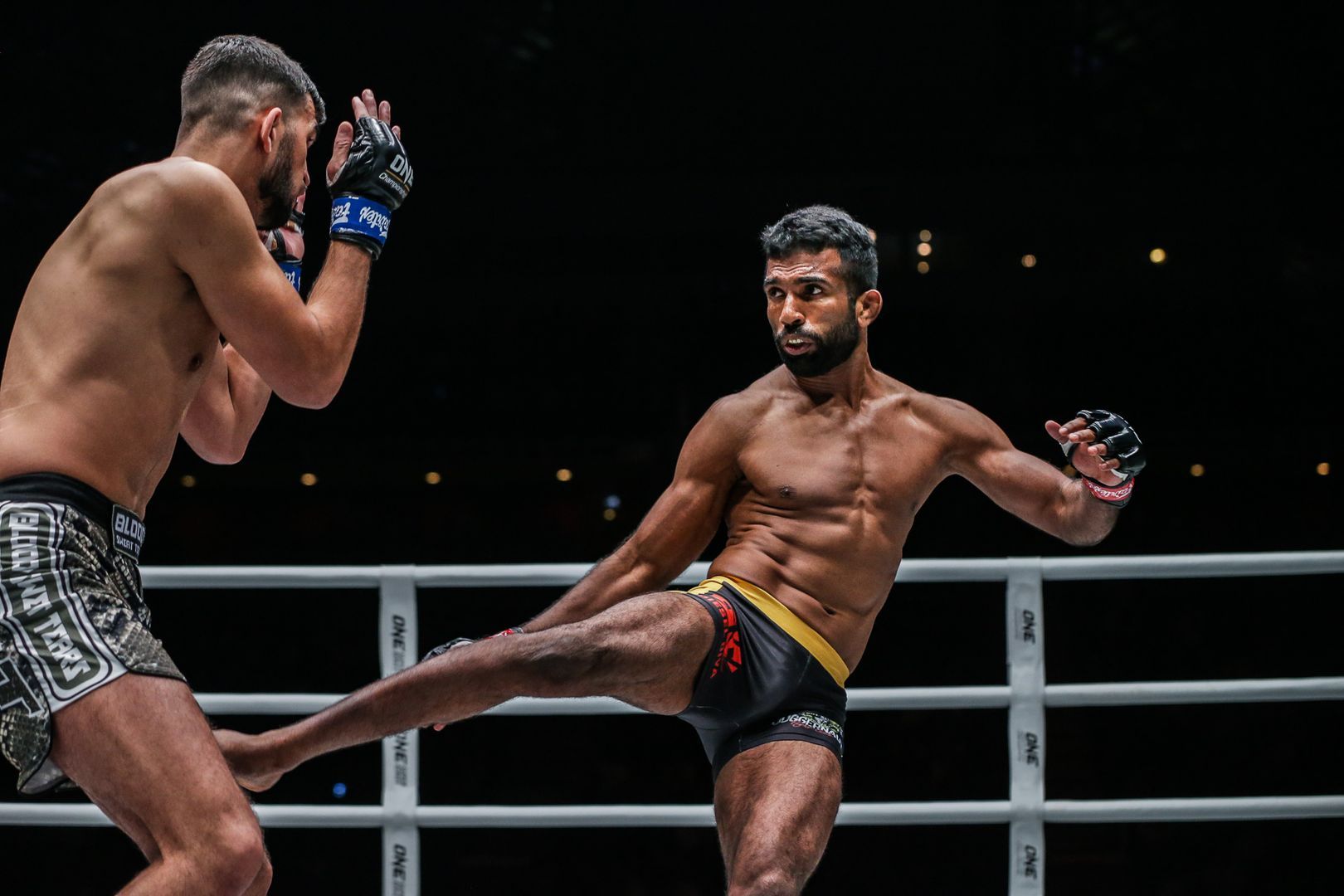 When Raju took aim with hard low kicks in the second frame, Cheema tried to reply with hard jab-cross combinations, but the Singapore resident kept moving forward as he searched for a takedown.

“The Lion” battled back up to his feet after the first attempt, but Raju forced an opening halfway through the stanza as he ducked under his rival’s punches and hit a double-leg takedown.

On the canvas, “The Kerala Krusher” immediately moved onto Cheema’s back and locked in a rear-naked choke. “The Lion” tried to resist, but Raju’s squeeze forced him to wave the white flag with exactly three minutes gone in the round. Raju extended his record to 7-4 with the submission, and now has back-to-back wins in The Home Of Martial Arts.