On Friday, 22 November, the 41-year-old Muay Thai superstar scored a third-round knockout in his strawweight match-up at ONE: EDGE OF GREATNESS at the Singapore Indoor Stadium.

From the opening round, Dejdamrong’s Muay Thai expertise was evident. He threw inside and outside leg kicks that prevented his opposite number from moving forward. The man from Thailand then used those same kicks to punish the Pakistani’s left arm, ribs, and temple.

Round two continued just the same as the Evolve standout pressured Imran with thudding kicks. But the PFC Strawweight Champion swung back with left and right overhands to send a message to his Thai counterpart. Imran followed up with straight lefts that pierced the guard of the Thai striker to close out the round more even than it started.

Both athletes did not hold anything back in the third and final round. Imran and Dejdamrong took the center of the ring and traded heavy leather, but the Singapore stationed martial artist soon scored one of the most impressive finishes of his career. 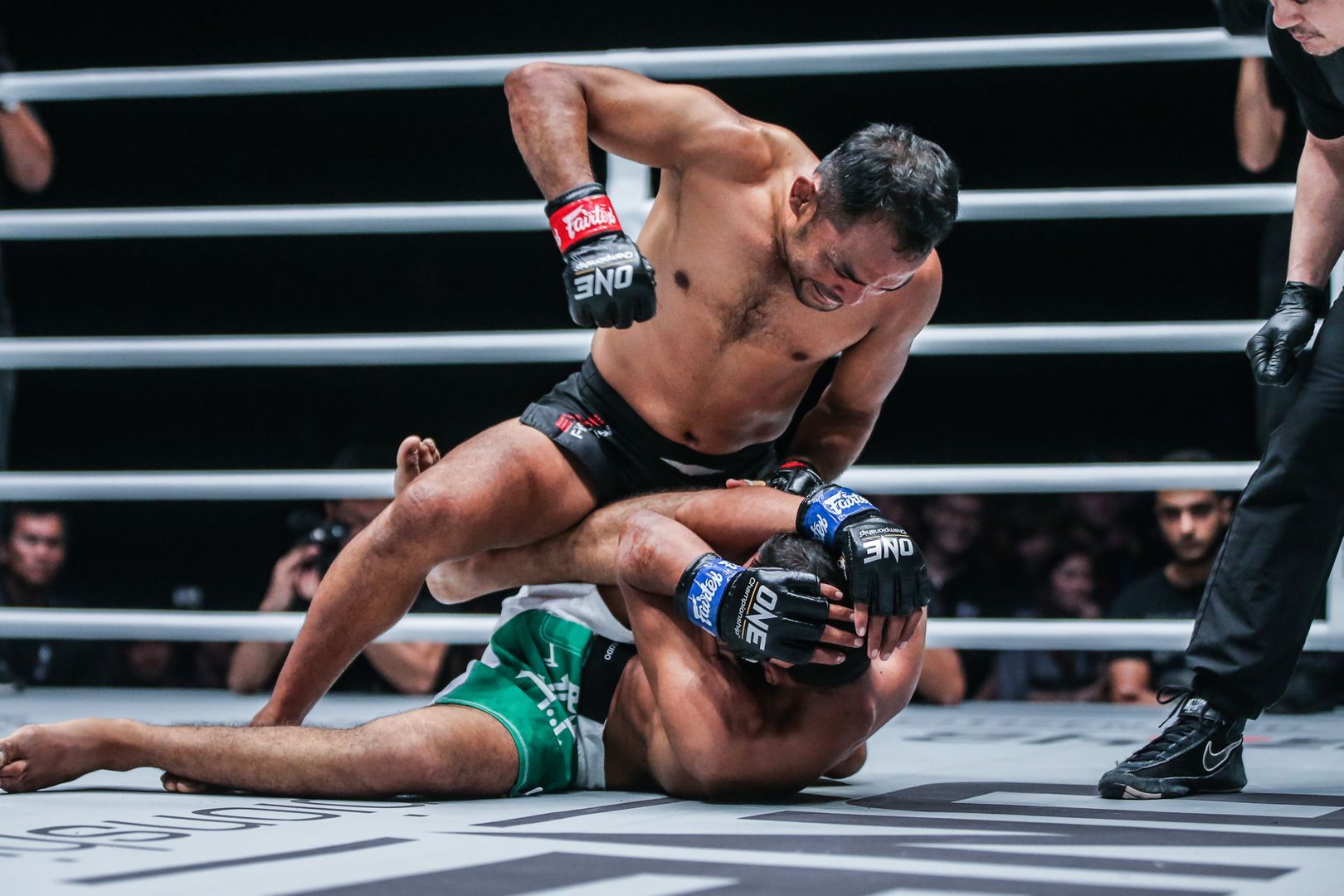 He connected with roundhouse kicks, then he clinched up his opponent and delivered a flurry of knees to the ribs and head of Imran as he curled up to protect himself from the onslaught.

That marked the beginning of the end as Dejdamrong unleashed three more knees to the head of his opposite number and sent him to the canvas. A few follow up punches on the ground were enough to see “The Spider” off.

The referee waved off the bout at the 1:21 mark of round three, and the former ONE Strawweight World Champion improved his mixed martial arts record to 11-5.

Read more: Colbey Northcutt Sweeps The Scorecards In ONE Debut