Dejdamrong Sor Amnuaysirichoke promised “The Prince” Banma Duoji he’d give him a taste of real Muay Thai, and on Friday night, he served it up in spoonfuls.

The 42-year-old Thai legend scored a second-round TKO of the young phenom in their 57.7-kilogram catchweight mixed martial arts encounter at ONE: BATTLEGROUND III, which aired from the Singapore Indoor Stadium on 27 August. 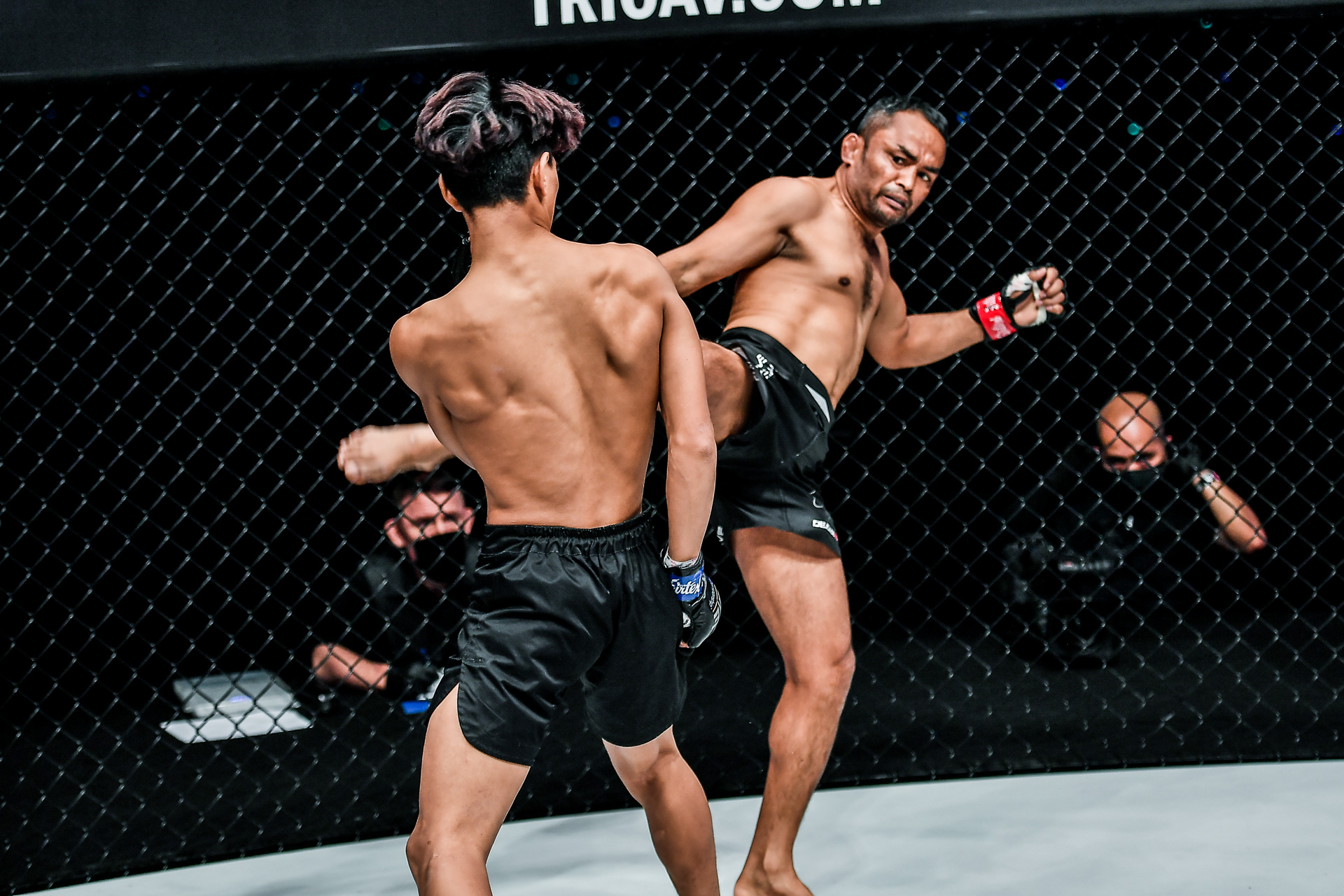 After the opening touch of gloves, Banma, who entered the co-main event with 12 knockout wins, pushed his fellow strawweight against the Circle Wall and swung wildly. In response, Dejdamrong tightened his guard, peeked through his gloves, and waited to counter.

“The Prince” then switched tactics and started to work his kicks. However, the former ONE Strawweight World Champion answered with one of his own – a cutting leg kick that tripped Banma to the canvas.

The 24-year-old promotional newcomer returned to his feet and slipped a left punch through Dejdamrong’s guard, touching his chin and buckling his legs. Banma then searched for the finish, throwing right body hooks like sidewinders from the mound.

The punches reminded Dejdamrong that he was in a fight, and for the remainder of the round, he evaded the Chinese athlete’s boxing and countered with hooks, one-twos, and body kicks. 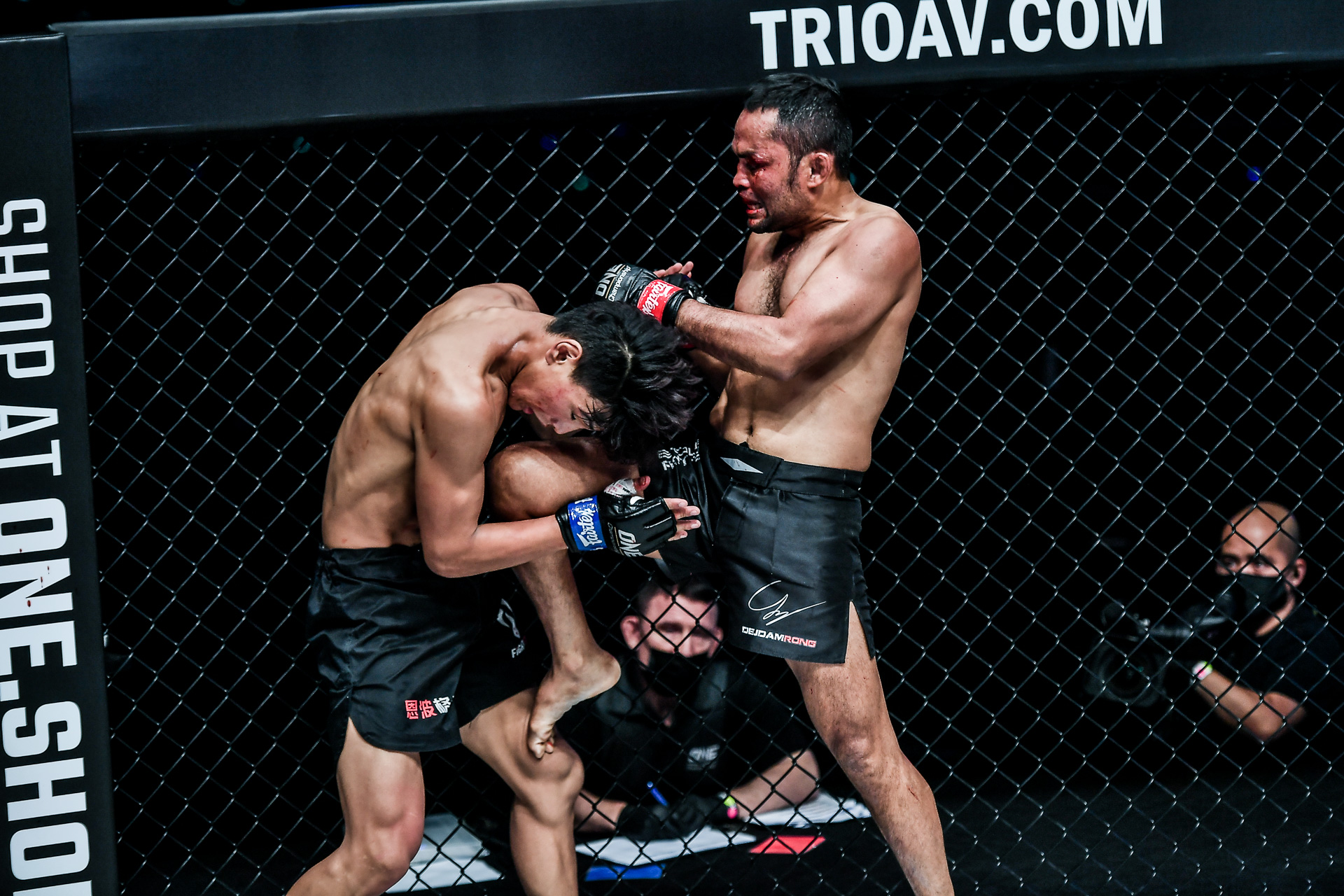 At the start of the second stanza, a kick from Dejdamrong clipped Banma on the chin, sending a clear warning that the veteran would punish his foe if he got careless with punches.

The former strawweight king then pushed forward and threw a punch that “The Prince” dipped under before going for a takedown. Dejdamrong scrambled back to his feet and stood into a standing guillotine choke, but he easily popped his head out and pelted his opponent with a right hook for his effort.

A flustered Banma shot in again, albeit unsuccessfully, before Dejdamrong countered with a right elbow. A series of knees then zapped the younger fighter of his remaining power. “The Prince” shot for yet another takedown, but he fell into a shell, which allowed the Thai to hammer down punches. That was short-lived, however, as both men quickly returned to their feet.

Dejdamrong, sensing his opponent would break, marched forward with knees. Once he had his rival against the Circle Wall, he hit him with three sharp right elbows and a left knee that dropped him to the canvas.

A final punch and knee forced the referee to intervene at 3:31 of round two. With the TKO win, Dejdamrong earned his 12th mixed martial arts victory and proved he can still make a run at the ONE Strawweight World Title. 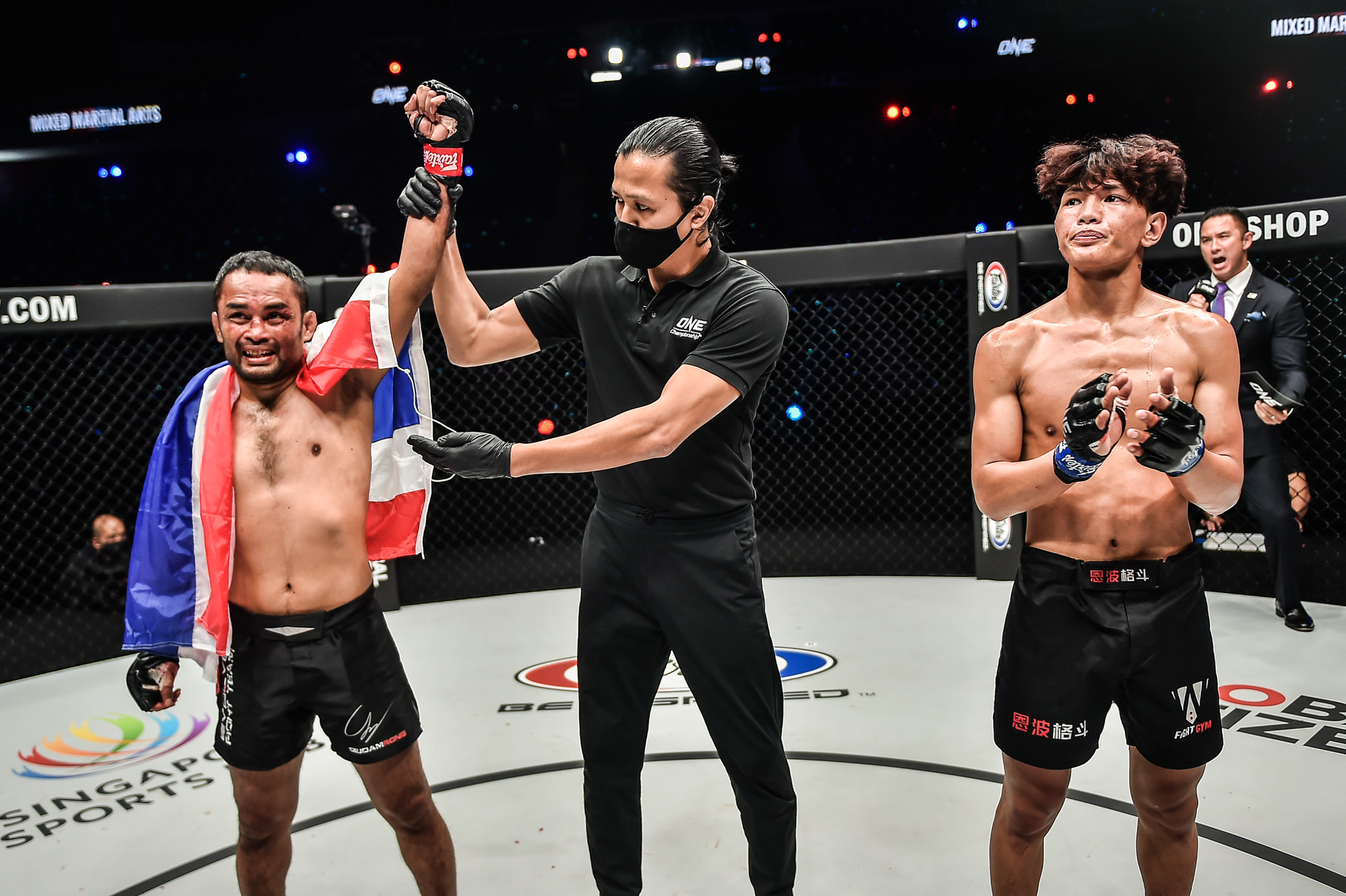