After spending nearly seven years competing under kickboxing rules, Sitthichai “Killer Kid” Sitsongpeenong made a successful return to Muay Thai by defeating a top contender in a closely fought battle.

The legendary “Killer Kid” earned a split decision over rising star Tawanchai PK.Saenchai Muaythaigym in their main event showdown at ONE: BATTLEGROUND III, which aired on Friday, 27 August. 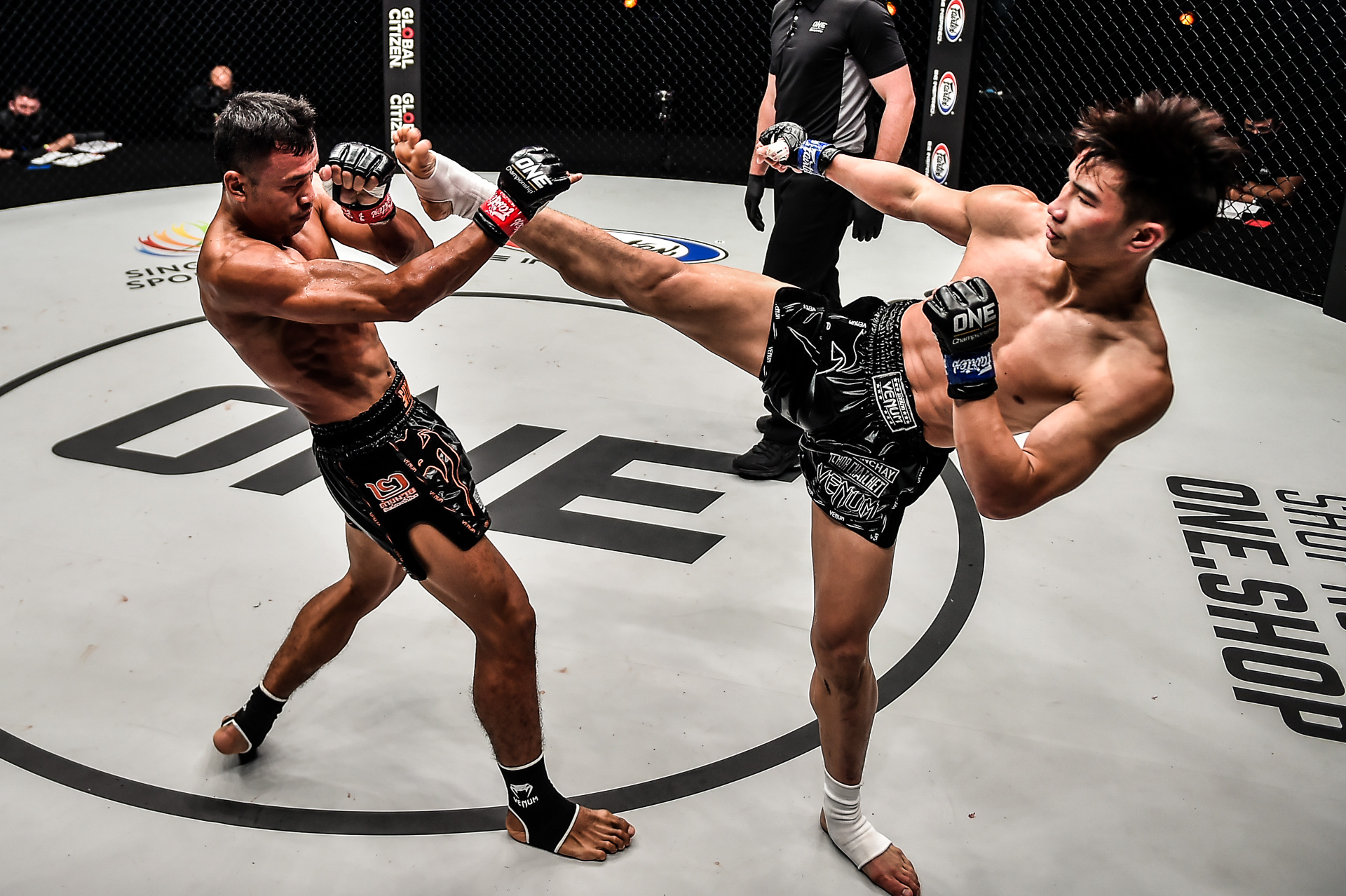 Tawanchai, the #4-ranked bantamweight Muay Thai contender who was making his featherweight debut, looked sharp and strong in the opening round. The 22-year-old stayed on the outside and attacked with punches and kicks, while Sitthichai hung back and countered.

Sitthichai then turned up the pressure, punishing his compatriot with thudding low kicks. The 29-year-old then tried to add his boxing combinations to the mix, but his opponent proved to be too fast and didn’t remain a standing target.

However, the Sitsongpeenong representative found success with his punches in the final minute of the opening stanza, even as Tawanchai mixed up his attacks. 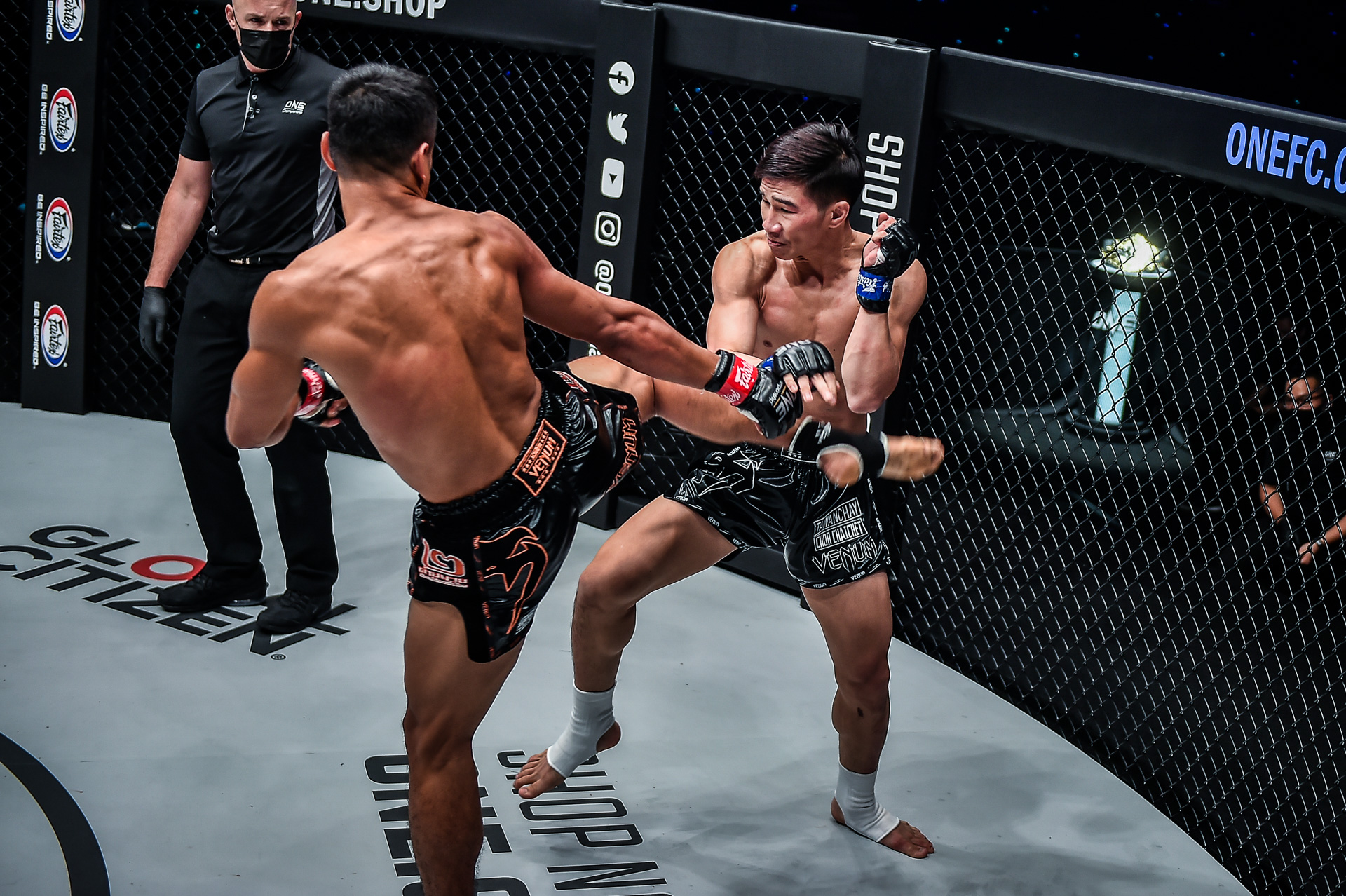 In round two, Sitthichai pushed forward with body kicks, but they were caught and countered by similar attacks from Tawanchai. The PK.Saenchai Muaythaigym standout even tucked a few body kicks into the opening between Sitthichai’s elbow-to-knee block.

Both men then engaged in the clinch, with Tawanchai unsuccessfully trying to dump “Killer Kid” to the canvas. The latter, who hadn’t used his elbows in competition since his young opponent was building his own Muay Thai career in Bangkok during 2014, hit Tawanchai with two of them.

A brief up-close scuffle with more ear-buzzing elbows came next and preceded two welting body kicks from Sitthichai – but again, his compatriot caught and countered, showing his muay femur skills. 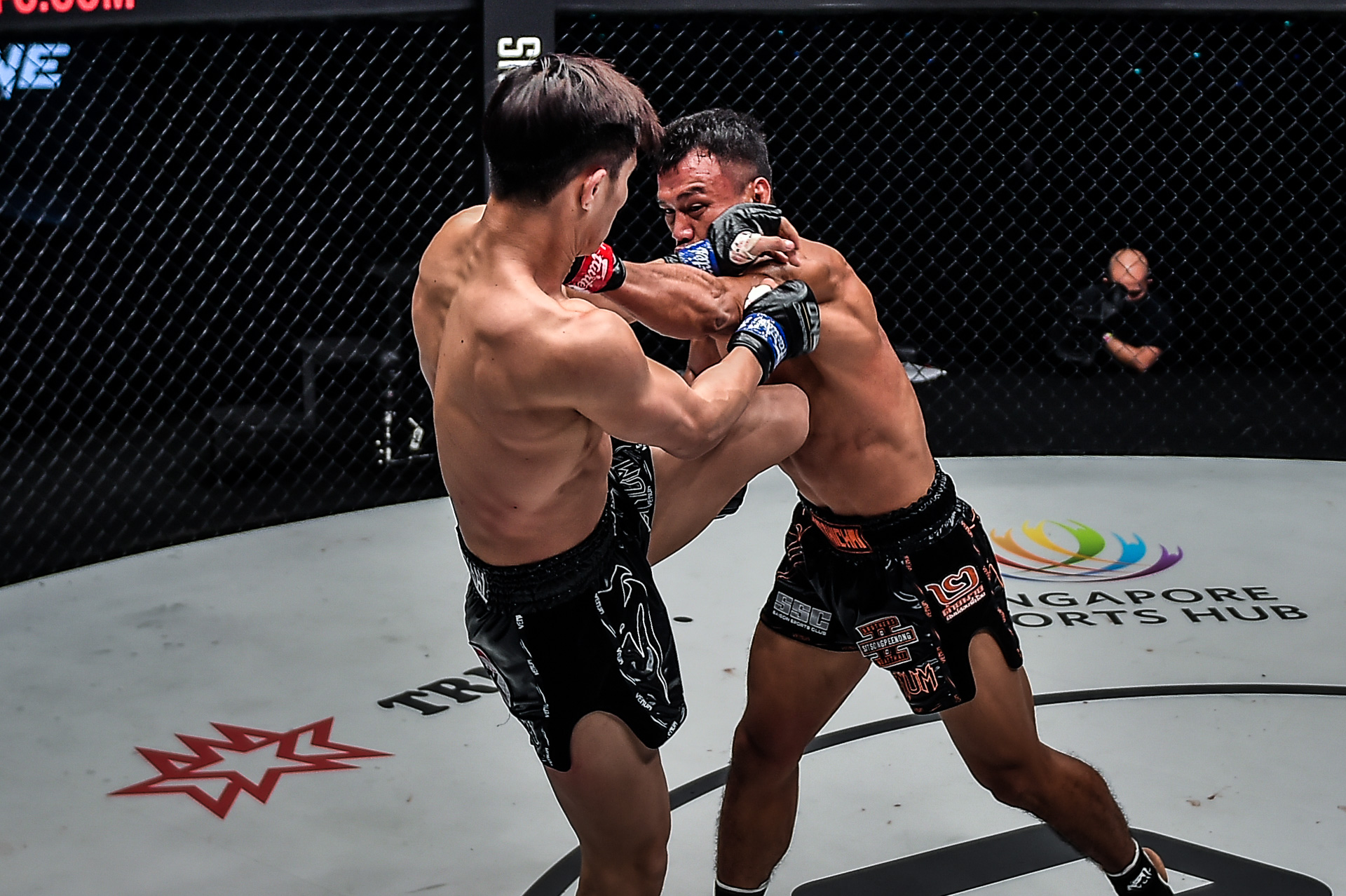 At the start of the third and final round, the bout was so close that referee Olivier Coste would’ve had a hard time sliding a piece of paper between the two men.

After the bell sounded, Sitthichai caught and tried to counter a kick from Tawanchai, but he slipped to the canvas. The eight-time Kickboxing and Muay Thai World Champion was more successful in the next exchange, however, catching Tawanchai’s leg and replying with a pair of rib-splintering body kicks.

A left cross from “Killer Kid” slanted his foe’s chin, and Tawanchai gave him credit with a raise of his brow. Again, Sitthichai caught his rival’s leg, and this time dumped him to the ground.

Tawanchai pushed forward with knees for one last rally, making the bout even harder to score for the judges. But Sitthichai may have stolen the fight when he landed a body lock and dumped his opponent to the canvas in the dying seconds. 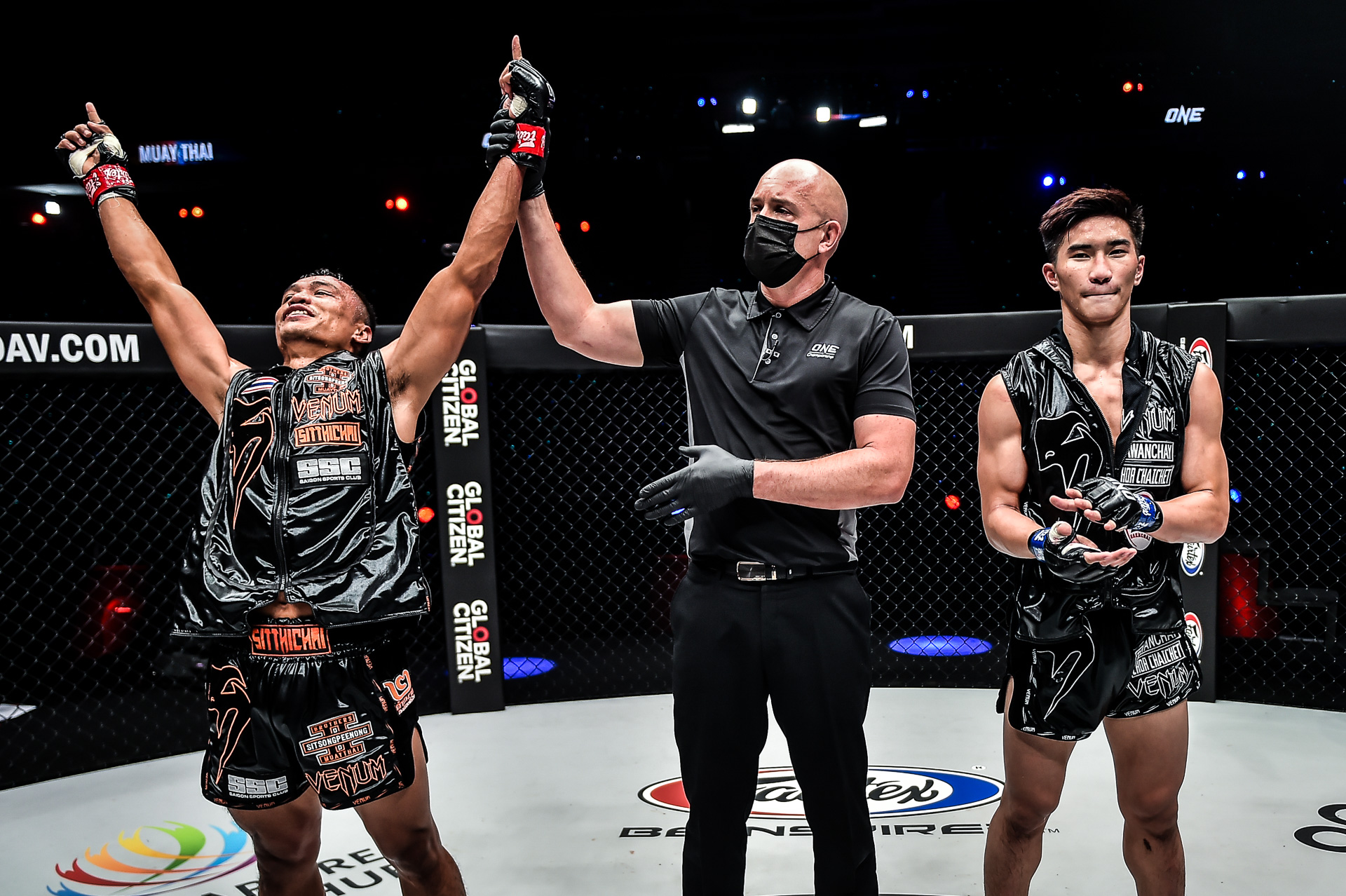 Two of the three judges ultimately awarded Sitthichai the win, moving his record in the striking arts to 124-32-5. As a result, he may have earned the next shot at ONE Featherweight Muay Thai World Champion Petchmorakot Petchyindee Academy.