After a controversial victory in their first battle, Alyona Rassohyna is motivated to score a more decisive victory over former two-sport ONE World Champion Stamp Fairtex in their highly anticipated mixed martial arts rematch.

On Friday, 3 September, the pair will meet in the quarterfinal round of the ONE Women’s Atomweight World Grand Prix at the historic ONE: EMPOWER, and the Ukrainian has a major point to prove. 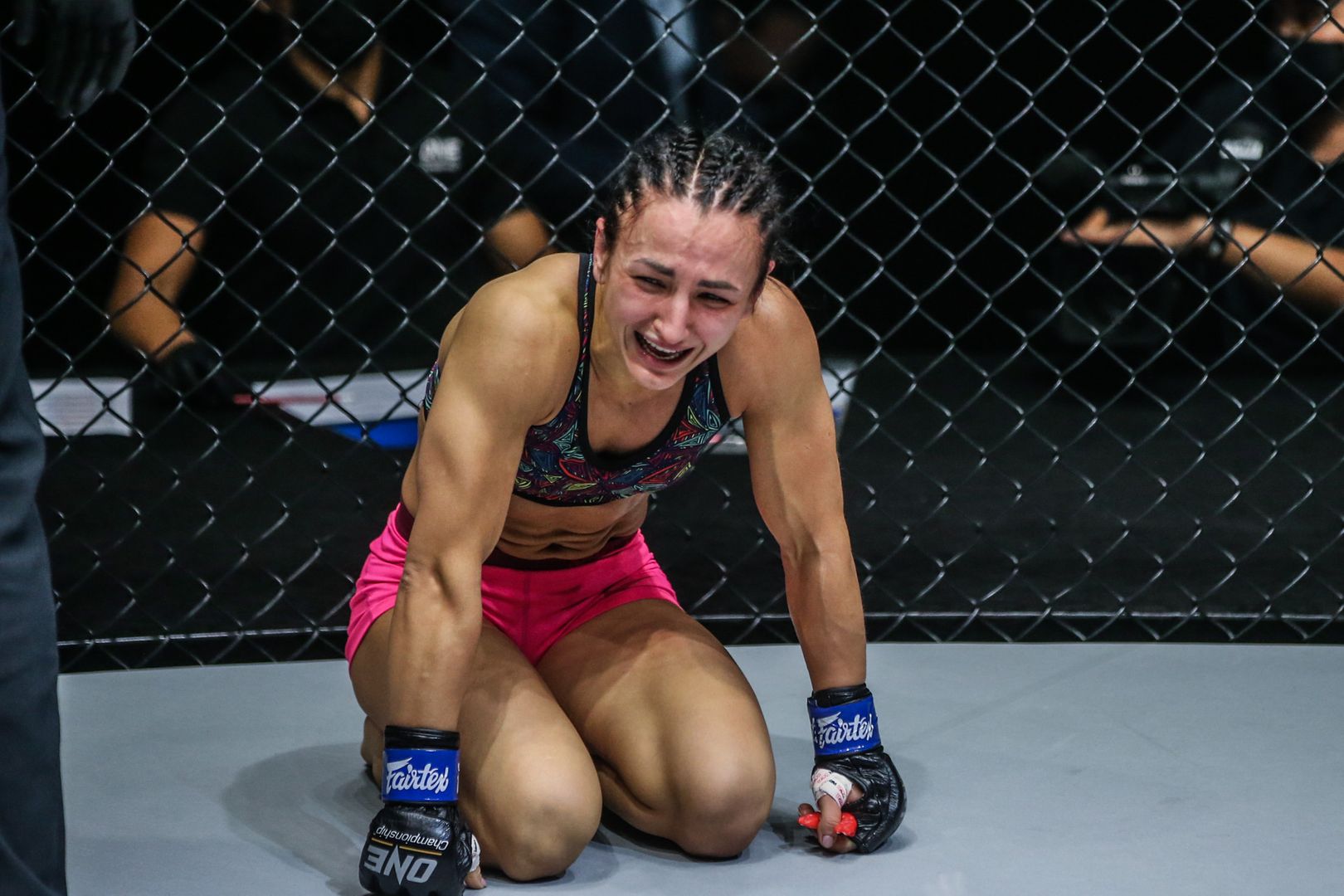 In their initial encounter this past February, Rassohyna had Stamp locked up in a guillotine choke in the waning seconds of the final stanza, and the Thai superstar appeared to submit.

Now, #3-ranked Rassohyna and #4-ranked Stamp will run it back at ONE Championship’s first all-female event – and this time, the victor will earn a spot in the Atomweight World Grand Prix semifinals.

In this exclusive interview, Rassohyna finally shares her view on their first battle, talks about her training for the rematch, reveals the women who’ve inspired her, and much more.

ONE Championship: The ONE Women’s Atomweight World Grand Prix is drawing near. How prepared are you for this tournament?

Alyona Rassohyna: We were preparing very well. I even flew to Sweden, where I started to spend time honing my wrestling and grappling skills. I was in great physical condition. It’s the best shape I’ve been in for a very long time. But when the tournament was postponed, I had to reduce some of the work in order for my body to relax and recover.

When the tournament was rescheduled, I went back to training, and now I’m back in my peak physical condition. Now, I feel very strong and ready. I’m fully ready with all of my skills, whether striking, wrestling, or grappling. I’m very sure I can finish this fight before the final bell.

ONE: What do you think of being included in this tournament? How does it feel to be among eight of the best atomweight fighters in the world?

Honestly, it’s a huge honor for me to represent Ukraine in this big tournament, on this big stage. I’m very excited. My journey as a fighter, as an athlete, has been very hard. I didn’t have the support I needed. I never had any easy fights, and no one promoted me actively. But I’ve always been dedicated to my job. I’ve worked very hard and now I’ve been rewarded, and I’m very happy about it. 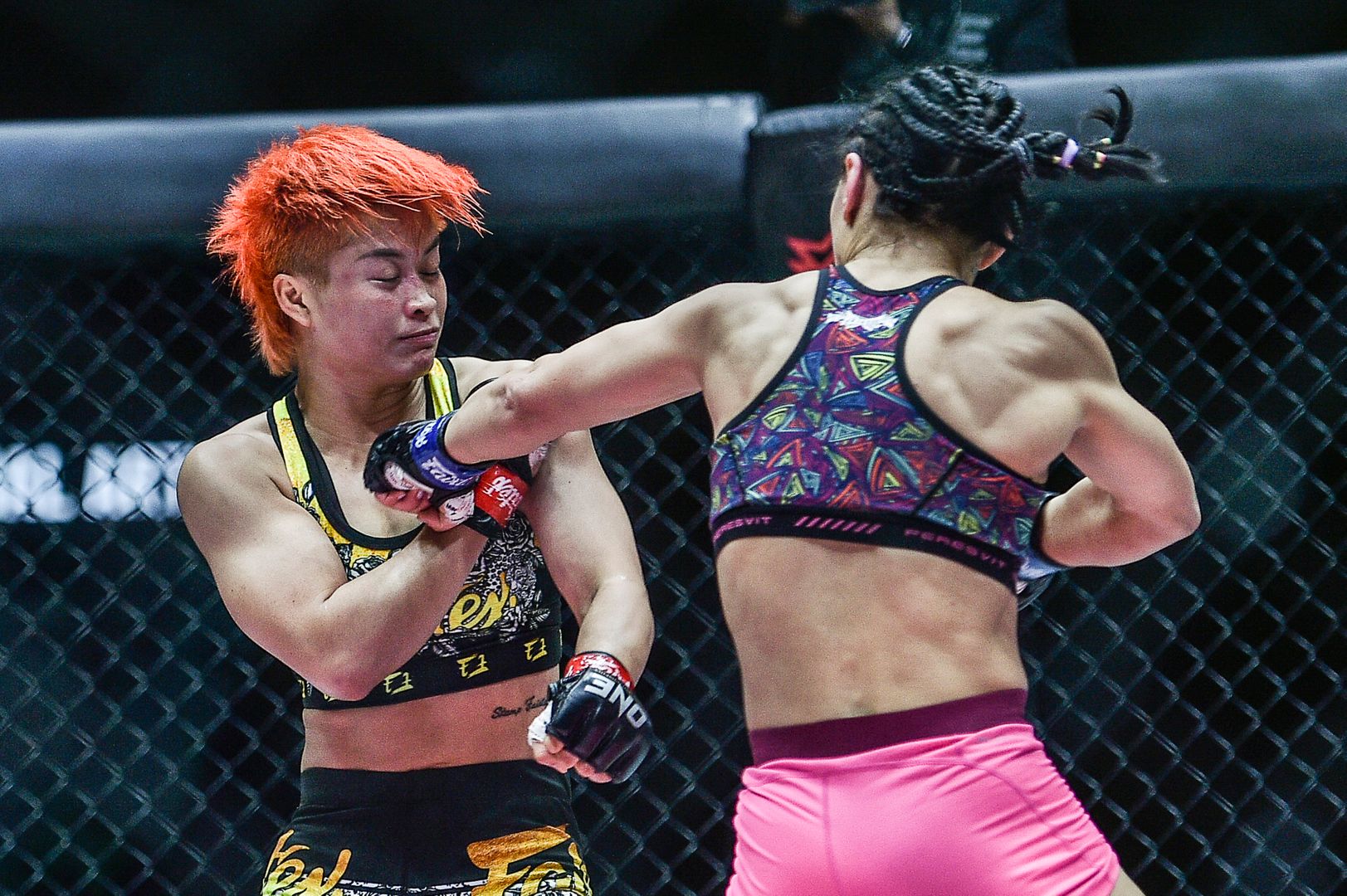 ONE: If you win this tournament, you’re going to be fighting for the belt next. What do you think about that?

AR: Of course, winning this tournament will represent the highest of my achievements out of all the medals I’ve captured. The medals hanging on my wall show my dedication to this sport. The work I’ve put in wasn’t easy. I don’t come from a well-established family, every training session and tournament, I’ve had to prove myself. Everything that I have achieved in the past brought me to this tournament.

In Ukraine, MMA is not sponsored. There is no support. The only sports that are sponsored are Olympic sports. I’ve always had struggles and obstacles, especially financially. I’ve had situations where I didn’t know who was going to corner me. In many cases, I had to travel and fight alone, by myself, cases where I had consecutive fights on the same night. I was eating between my fights. As a fighter in Ukraine, we fight on, in spite of everything.

ONE: Do you think you’re ready to fight reigning ONE Atomweight World Champion Angela Lee?

AR: If and when Angela Lee comes back from her maternity leave, I would be happy to share the Circle with her. To be honest, I don’t really think about it or care about it. What I care about most is being able to fight a lot more. That’s the number one thing to me. But I have no doubt Angela will be back and even stronger than before. Women’s hormones are very different from men’s. After giving birth, the hormones work differently. She will be way stronger, and we have to be ready for that. 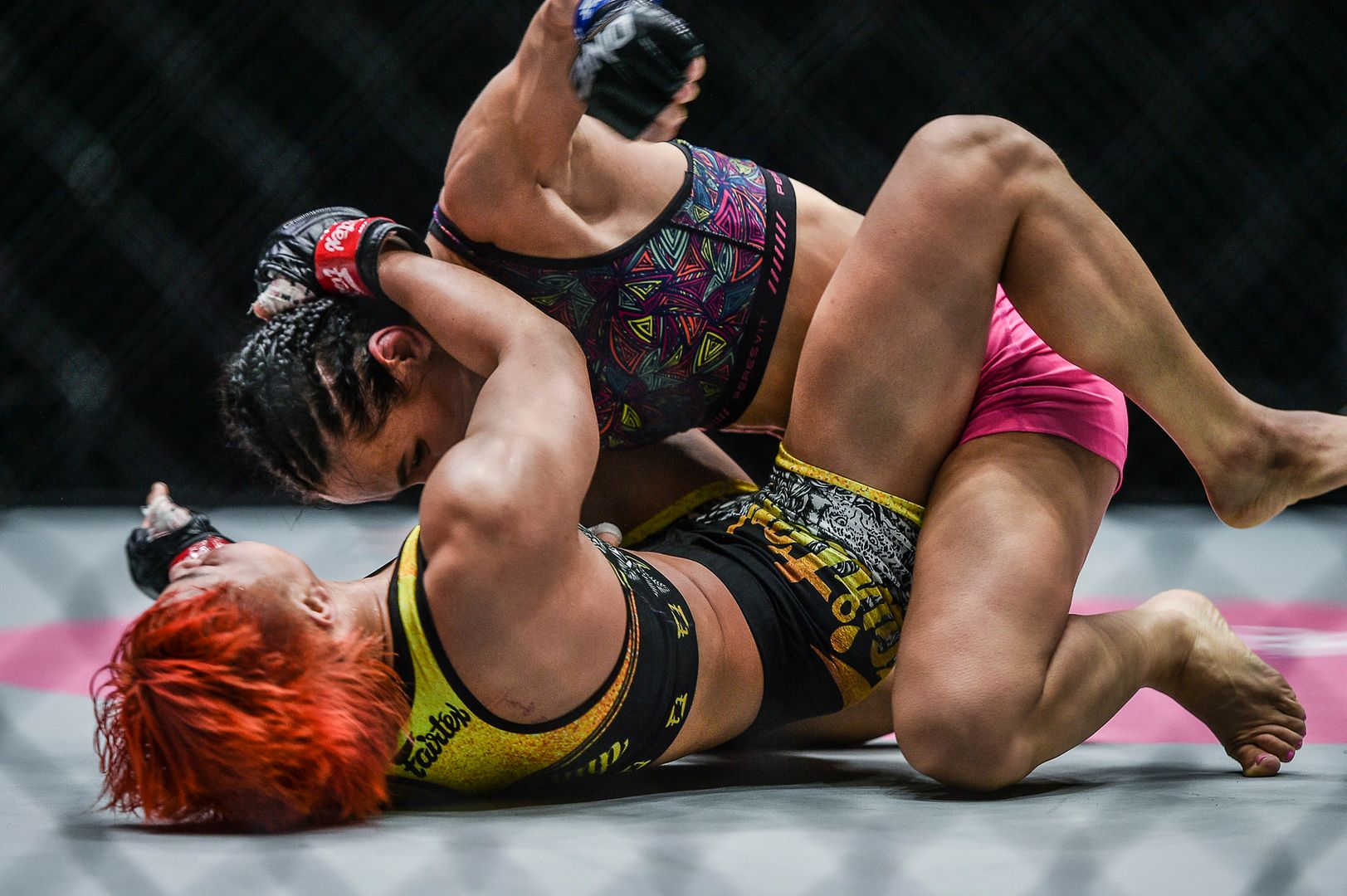 ONE: Talk about your last fight against Stamp Fairtex. She claims she didn’t tap when you had her in the guillotine. What do you think?

AR: First of all, I trust the referee’s competency. Secondly, I feel and understand the guillotine. It’s one of my strongest techniques. Whenever I choke, I can feel the vibration when someone is tapping. I didn’t let her out to make sure the referee saw that she was tapping. I had many chances to get her into that guillotine, and she was always giving me those chances.

After the fight, I watched the replay and I saw that she tapped. It was pretty clear to me that I grabbed her very well. But I guess she just couldn’t accept that she lost. She’s very young and ambitious, I can understand that. But all of us are ambitious.

ONE: What do you feel about Stamp’s fans claiming she didn’t tap?

ONE: Do you feel like you made any mistakes in the last fight? Will you do anything differently in the rematch?

AR: I would highlight a couple of things. One, I would have liked to attack more. But I am a fighter that likes to think. I don’t just attack without thinking. I try to keep things under control and keep things slow. Secondly, I would highlight the control. Looking at my previous fight, I want to improve the control aspect. In this upcoming fight, you will see a very different fighter. I’ve prepared some new stuff for her. I hope that I can surprise her. We will see.

I have more experience in MMA than she does. I would say she’s quite young in this sport, as a fighter. I don’t consider her very competitive. Stamp is different in every fight. In my fight, she was very strong and explosive, and very good at controlling distance. Those are two of her biggest strengths that I’ve seen. But then again, in some fights, she’s quite different. To be honest, I don’t like making predictions, but I predict that she will fight the same way and try to control the distance. She will be the same.

ONE: What does being empowered as a woman mean to you?

AR: I’m very happy that I live a modern life. There’s no huge wall between what a woman can do and what a man can do. What’s important is the talent that a person has. With the right talent, he or she can do well in any sport. I’m happy there’s no specific sport that only men or only women can do. I’m very blessed to live in this world.

ONE: Who is the one woman that inspires you the most and why?

AR: The person that inspires me the most is my daughter. She motivates me and helps push me forward. When I’m too lazy to go to training, she helps me stand up. I’m fighting because I want to give her an opportunity. I want to give her the things that I didn’t have. Any kind of sport, or anything she wants to do in life, she can do it. I want her to explore life. This is what motivates me. I want my daughter to understand that wherever I am, and whatever I do, I do my best to take care of her. Right now, I take her everywhere with me, it doesn’t matter where I am.