A long list of heavy hitters will descend upon the Istora Senayan in Jakarta, Indonesia on Friday, 7 February.

The world’s largest martial arts organization will return to the Indonesian capital with ONE: WARRIOR’S CODE, and the event will feature an exciting assortment of knockout artists in Muay Thai and mixed martial arts contests.

In anticipation of this blockbuster spectacle, check out these five outstanding KOs from the stars who will appear on the bill.

After a tricky opening stanza against Liam “Hitman” Harrison at ONE: DESTINY OF CHAMPIONS in December 2018, Petchmorakot Petchyindee Academy was determined to put a stamp on the contest in round two.

The 25-year-old southpaw continuously moved forward and popped his jab to keep his opponent on the back foot. Then, just a minute into the round, he struck gold in Kuala Lumpur, Malaysia.

With his British adversary backed up against the Circle’s wall, the Petchyindee Academy representative threw his jab. Then, he used his lead hand to pull down Harrison’s right arm and connected with a brilliant horizontal left elbow to the temple.

It proved to be the winning shot, as “Hitman” went crashing to the canvas and could not answer referee Atsushi Onari’s 10-count.

On 7 February, Petchmorakot will attempt to create another unforgettable moment when he meets the man below for the inaugural ONE Featherweight Muay Thai World Championship.

#2 Yusupov Shuts Down “The Boxing Computer”

Jamal “Kherow” Yusupov etched his name in history with a phenomenal second-round knockout of “The Boxing Computer” Yodsanklai IWE Fairtex at ONE: AGE OF DRAGONS in Beijing, China last November.

The three-time Russian Kickboxing Champion immediately stunned his rival with a cross-power jab combination down the pipe just seconds into round two, but the Thai seemed to maintain his balance. Then, when Yodsanklai caught the 36-year-old’s strongside roundhouse, the Russian quickly fired a cross that dropped the icon to the ground.

Although “The Boxing Computer” answered referee Olivier Coste’s 10-count, he would not stay on his feet for much longer.

Moments later, “Kherow” cracked Yodsanklai with a left hook, and then he connected with a jab-cross on the button to send the Thai to the mat once again. The referee quickly waved off the bout, giving Yusupov the honor of being the first man to knock out Yodsanklai in Muay Thai competition since 2005.

The Russian will try to top that effort when he challenges Petchmorakot for the gold in the main event of ONE: WARRIOR’S CODE.

Leandro Ataides outstruck former ONE Middleweight World Champion Vitaly Bigdash in the opening two rounds of their mixed martial arts bout at ONE: GRIT & GLORY in May 2018, and the five-time Brazilian Jiu-Jitsu World Champion capped off a stellar performance in extraordinary fashion.

With two and a half minutes remaining in the final frame, the 33-year-old connected with a massive superman punch, which stunned the Russian. Then after missing with a left hook, Ataides popped his adversary with a right shovel uppercut, which completely rocked the former titleholder.

As Bigdash turned away and retreated towards the Circle wall, the Rio de Janeiro native chased after him. He quickly took the Russian down, got into half guard, and dished out a salvo of ground and pound until the referee stopped the bout.

Ataides will return to Jakarta to face the man below in a match to determine the next ONE Middleweight World Title challenger.

After some brief striking exchanges early in the second frame, “The Dutch Knight” hit a takedown. He easily passed to side control, secured a front headlock, and fired a knee at his rival’s head.

The Brazilian tried to stand up in the position, but a second knee hurt him and brought him back down to his own knees. Seconds later, the 29-year-old Breda, Netherlands resident connected with a third knee to the head, which turned off Galvao’s lights just 57 seconds into the period.

Now, de Ridder will meet Ataides in Jakarta for the right to challenge two-division ONE World Champion Aung La “The Burmese Python” N Sang for the middleweight crown.

Koyomi “Moushigo” Matsushima made a resounding promotional debut at ONE: CONQUEST OF HEROES in the Indonesian capital back in September 2018.

The 27-year-old Japanese athlete stunned the local crowd – and the global fanbase watching around the world – by knocking out former ONE Featherweight World Champion Marat “Cobra” Gafurov halfway into the first round.

Gafurov charged forward with a single long jab, and then he threw a leg kick at his rival and dropped his lead hand to add more power. However, before the Dagestani could bring his hand back up to his head, “Moushigo” connected with a clean right hook to the chin and crumpled him to the mat.

A dazed “Cobra” went into autopilot. While on the canvas, he tried grabbing a leg for a takedown, but Matsushima cleverly avoided his attempts. He attacked the division’s former king with another punch, a knee to the head, and then more punches until referee Yuji Shimada stopped the contest.

On 7 February, Matsushima returns to action against “The Fighting God” Kim Jae Woong. 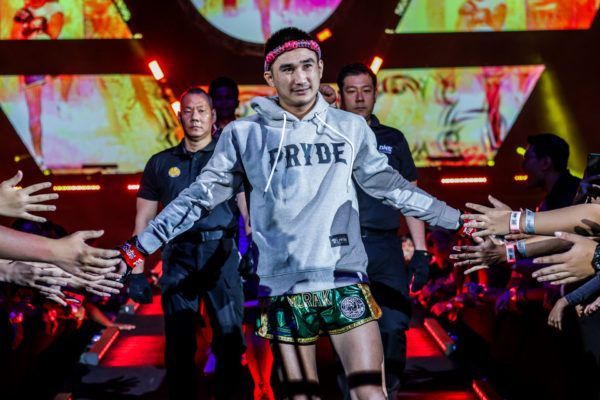 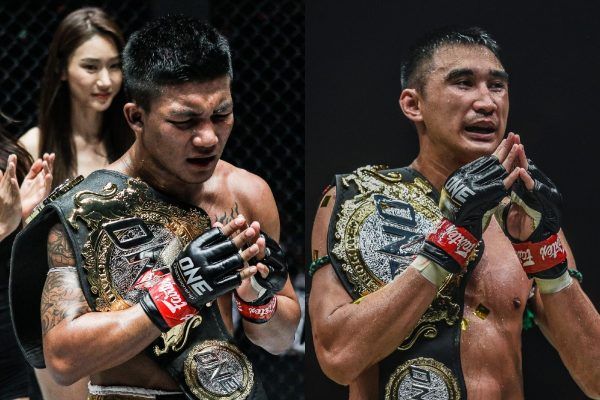