The Top 5 Performances From The First Quarter Of 2019 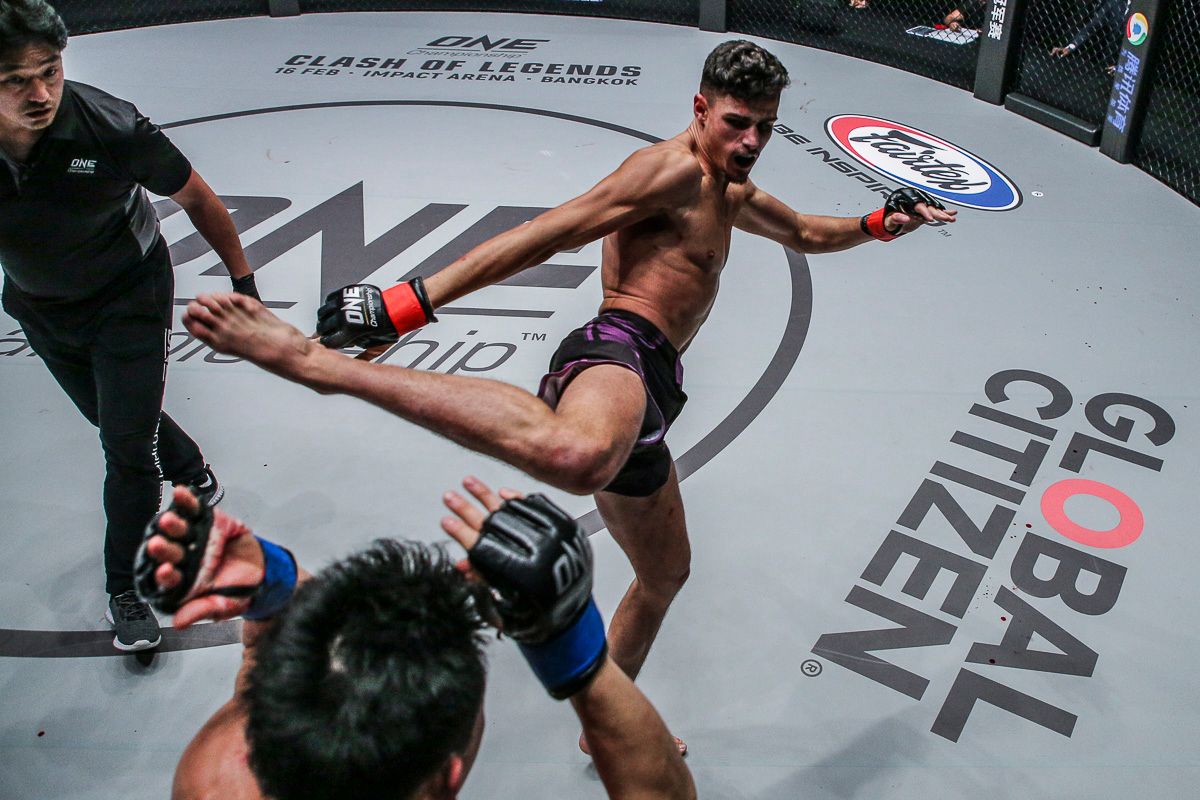 The first quarter of 2019 in ONE Championship was a showcase for some of the brightest martial arts talent on the planet, as athletes from around the world shone on the global stage.

From young rising stars making their mark on the global stage to World Champions who proved their class with the kind of virtuoso displays we have come to expect, these athletes showed once again there is no better place to see combat sports brilliance than The Home Of Martial Arts.

Here are five such performances from athletes who could all be set for a huge year in ONE Championship in 2019.

When Christian “The Warrior” Lee was matched with Filipino star Edward “The Ferocious” Kelly at ONE: ETERNAL GLORY, the Evolve athlete had no hesitation in predicting a first-round stoppage victory.

When he stepped into the Circle in Jakarta, the 20-year-old made good on his promise with a totally dominant display that left no doubt of his status as one of the very best featherweights on the ONE roster.

Lee asserted his superiority from the first bell as he pressured Kelly with an early guillotine choke attempt. That allowed him to drag the Filipino contender to the mat, where he quickly established mount.

His relentless barrage of ground strikes eventually forced the stoppage inside the opening round as “The Warrior” produced the most impressive, dominant display of his career against one of the most respected and dangerous opponents he has ever faced.

Elias “The Sniper” Mahmoudi arrived in ONE Super Series at ONE: HERO’S ASCENT in January with a reputation for excellence as a three-time Muay Thai World Champion.

He showed why with one of the most comprehensive and impressive displays of Muay Thai seen so far in ONE Super Series.

He dictated almost every second of the action in his match with Yukinori Ogasawara, both from range, where he showcased some spectacular front kicks to his opponent’s face, and in the clinch, where his knees and spinning elbows proved to be highly effective.

Despite his high strike output, Mahmoudi maintained a high pace throughout the contest, and even increased his output in the third frame as he underscored his dominance.

With his unrelenting offense, his unmatched variety of strikes thrown, and his crowd-pleasing style, the Algerian earned a wide unanimous decision and showed he was worthy of a World Title shot.

Cambodian striker Nou Srey Pov exploded into ONE Championship in February by defeating one of the most popular athletes on the ONE women’s atomweight roster in front of her own fans.

The Kun Khmer World Champion faced Rika “Tiny Doll” Ishige in the five-roped ONE ring at ONE: CLASH OF LEGENDS in Bangkok, Thailand and put her striking experience to good use as she dominated the Thai star for three full rounds on her professional mixed martial arts debut.

Nou showed no sign of first-bout nerves as she dropped Ishige twice in the opening round, then clearly outstruck her opponent for the remainder of the match to earn the decision victory.

Nou’s nerveless, impressive performance showed there is an exciting new prospect in her weight class who has the potential to climb the ranks quickly. If she can replicate the level of performance she showed on her debut, it will not be long before she becomes a true contender.

When grappling ace Garry “The Lion Killer” Tonon took on Dutch-Indonesian star Anthony “Archangel” Engelen at ONE: A NEW ERA in March, he was up against the most dangerous assignment of his mixed martial arts career.

However, the multi-time Brazilian Jiu-Jitsu World Champion showcased the latest iteration of his skills as he controlled and overpowered Engelen from start to TKO finish.

While Tonon used his early bouts in ONE to test his newly-acquired striking skills, against Engelen, he went back to his bread and butter – his grappling – and left no room for escape as he unleashed a torrent of ground strikes.

His superiority was already absolute when he achieved mount position, and then struck with a final salvo to force the stoppage with 48 seconds left in the opening round.

If “The Lion Killer” continues to compete like this and show such exponential improvements, it might not be much longer before he finds himself lining up against a World Title contender in the world’s largest martial arts organization.

Kairat “The Kazakh” Akhmetov rose to prominence – and claimed the ONE Flyweight World Title – on the back of his stellar wrestling credentials, but in his ONE Flyweight World Grand Prix quarter-final bout with Reece “Lightning” McLaren, it was his striking that stole the show.

Up against another top-class grappler at ONE: A NEW ERA, the former World Champion switched up his skill set and showed the world that he has the striking skills to defeat the world’s best.

Akhmetov forced McLaren onto the back foot from the very first bell and kept the pressure on with fast combinations and power punches. He even put the Australian on the canvas with a well-placed counter left hand.

Even a broken hand could not stop “The Kazakh,” and he proved he will be a force to be reckoned with throughout the rest of the tournament.