In the main event of ONE: WARRIORS OF LIGHT, Nong-O Gaiyanghadao will make the first defense of his ONE Bantamweight Muay Thai World Title against Hiroaki “Kaibutsukun” Suzuki.

Nong-O will return to the scene of his triumph in February when he won the inaugural ONE Bantamweight World Championship via unanimous decision after five rounds of action against Han Zi Hao.

It was his latest and greatest honor in a long and illustrious career in the ring, which has established the Thai hero as a legend of his sport.

The Evolve representative is undefeated with three wins so far in ONE Super Series, but he will face another athlete with a perfect slate in The Home Of Martial Arts.

Suzuki is one of Japan’s finest martial artists and boasts a Shoot Boxing Lightweight World Championship on his résumé.

He made an instant impact when he debuted in November by knocking down Deividas Danyla en route to a unanimous decision.

He followed that with a buzzer-beating TKO of Mohammed “Jordan Boy” Bin Mahmoud in January, which capped a dominant performance and booked his ticket to a main event match-up with gold on the line in Bangkok.

Before that headline attraction, two of the world’s most talented young martial artists will meet to create some history as a new World Champion is crowned.

Petchdam has emerged as arguably the most exciting striker in ONE Super Series thanks to his colorful entrances, and explosive performances.

The WBC Muay Thai World Champion built on two highlight-reel knockouts in Muay Thai contests by scoring a thunderous finish over Masahide Kudo in a kickboxing bout in February.

Thousands of fans inside the Impact Arena will be behind the 20-year-old as he competes in his hometown against an Algerian, who put on a clinic in his ONE debut.

Mahmoudi looked outstanding in his match against Yukinori Ogasawara as he unleashed an eclectic arsenal of strikes to dominate his Japanese rival and take a unanimous decision.

The native of Paris, France is only 21, but he is already a three-time Muay Thai World Champion. On 10 May, he will get the chance to add a ONE belt to his list of honors. 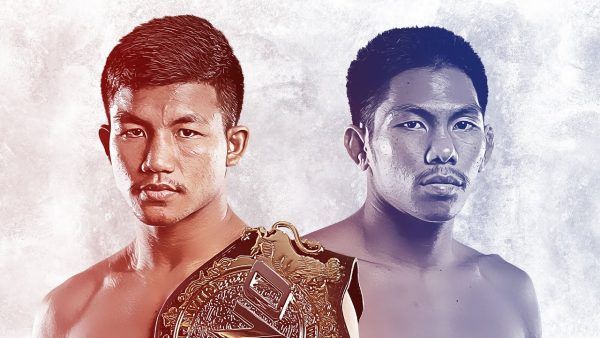