The 32-year-old delivered a thrilling striking performance to defeat China’s Han Zi Hao in the main event of ONE: CLASH OF LEGENDS to capture the gold. What’s more, he achieved this historic feat in front of his countrymen in Bangkok, Thailand.

While Han was competing on his adopted home soil in Bangkok, there was no doubting where the crowd’s loyalties lied, as the fans inside the Impact Arena gasped and cheered with almost every powerful strike that four-time Lumpinee Stadium Muay Thai World Champion Nong-O landed during the headline attraction.

The pair wasted no time settling into the five-round contest.

Nong-O quickly connected with a superb left hand followed by a roundhouse kick, while a left high kick from the 23-year-old forced the Thai to use the ropes to lean out of the way of the strike.

The Evolve representative landed the first decisive strikes of the bout in the final 30 seconds of the opening stanza. He connected with an excellent left-right combination, followed by a short right elbow that sent Han onto the seat of his pants for an officially-recorded knockdown.

Early in the second round, the Thai star went to his kicks in a bid to slow the movement of the dynamic Chinese warrior. Han proved a more than willing dance partner, however, as he stepped inside and scored with close-range strikes of his own.

The fact that Nong-O had 237 more bouts on his record did not appear to intimidate the Top King Muay Thai World Champion, who looked to take the action to the experienced veteran.

That determination to stand and trade on equal terms with the legend paid dividends when a big right hand staggered Nong-O backwards, with replays confirming his fingers had touched the canvas.

It showed Han possessed both the power and the technique to trouble the local hero, and it prompted a thrilling end to the round with both men upping the intensity before shaking hands at the conclusion of a highly-entertaining second period. 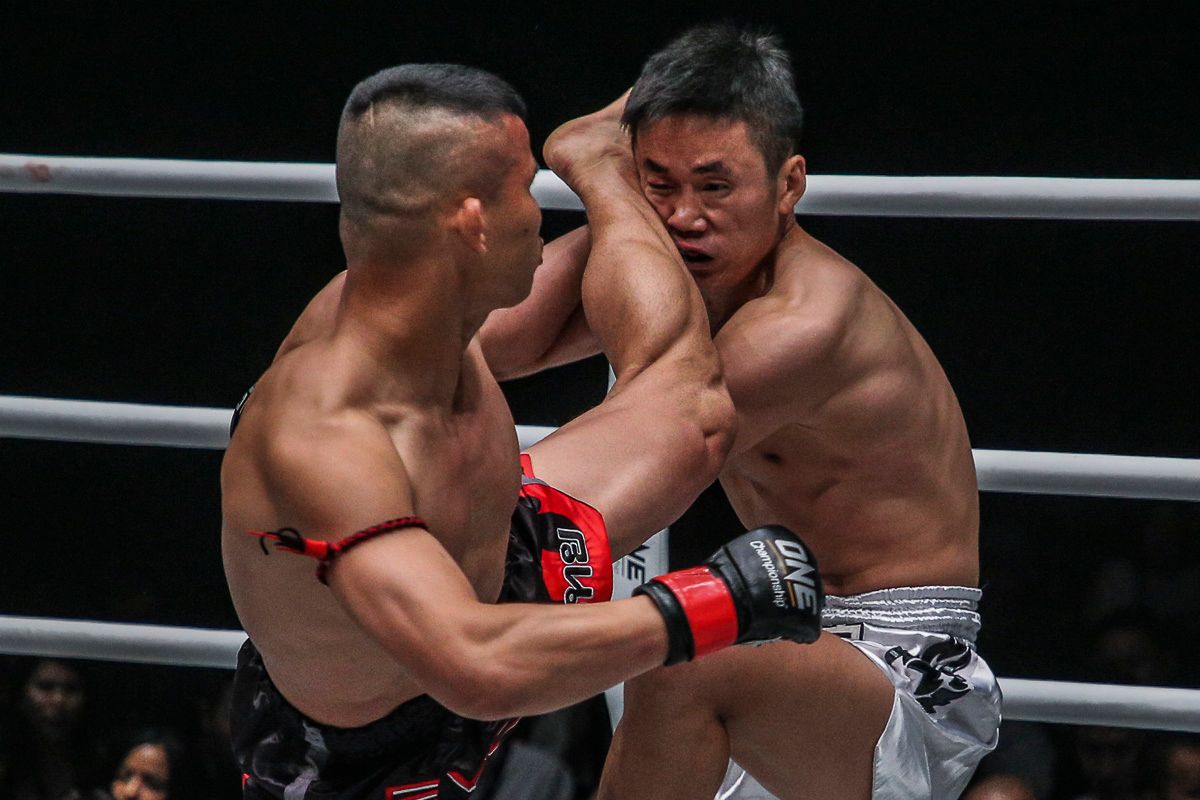 Han continued to go toe-to-toe with Nong-O in the third frame.

He attempted a spinning back elbow before walking into a short right hand. The Thai clearly started to load up on his strikes in the final minute of the round, digging some powerful kicks into the Chinese warrior’s body, and dumping him to the canvas after one particular exchange.

The two strikers traded huge punches, elbows, and kicks in the fourth, but at one point Nong-O beautifully swept his adversary to the canvas. Han refused to back down, but the variety and power of the Thai athlete’s strikes saw him shade most of the exchanges. 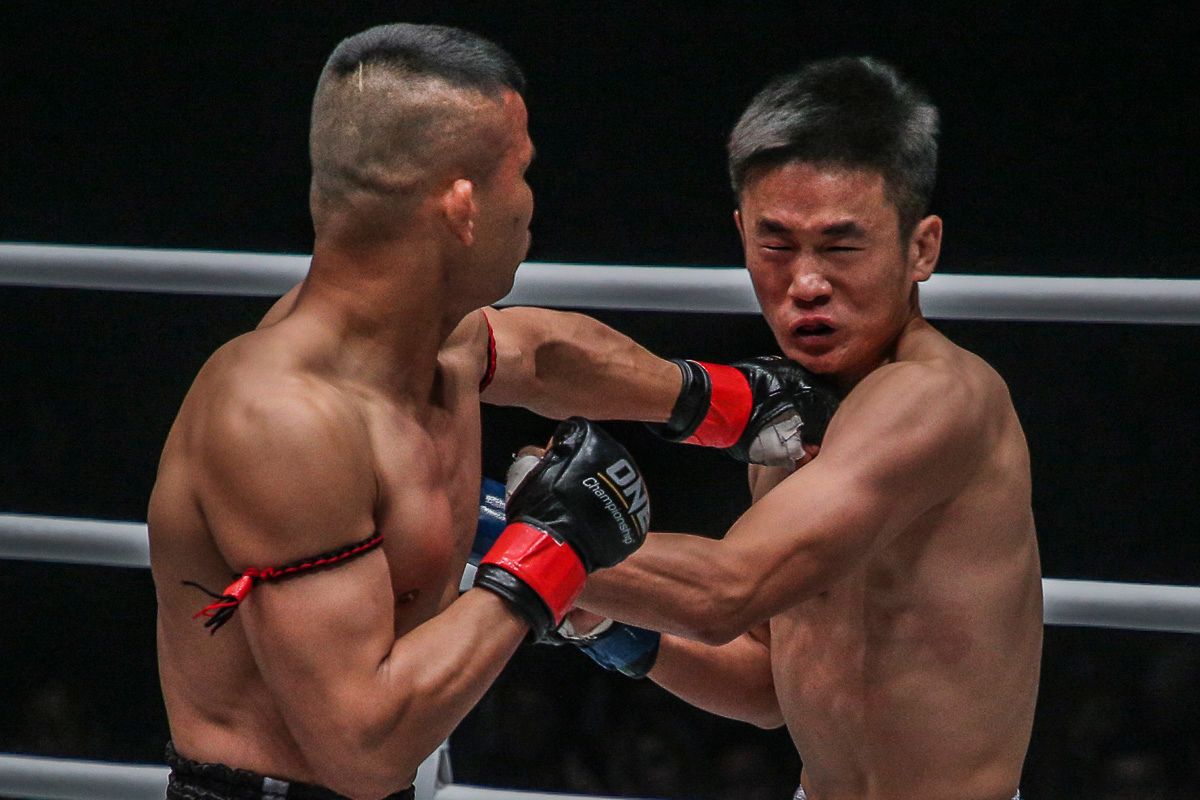 With the contest still very much up for grabs, both men touched gloves in a show of respect before the fifth and final round started.

After a brief pause for an accidental eye poke by Han, action resumed with the Evolve representative cruising his way through the bout’s final exchanges.

The final bell was met by celebrations from Nong-O, who climbed the ring ropes to salute the crowd, while a look of disappointment loomed from Han, who perhaps knew the fate of the judges’ scorecards before they were even read.

Nong-O Gaiyanghadao cements his legacy as one of the greatest of all time, winning the inaugural ONE Bantamweight Muay Thai World Title!

Nong-O Gaiyanghadao cements his legacy as one of the greatest of all time, winning the inaugural ONE Bantamweight Muay Thai World Title!TV: Check local listings for global broadcast

When those scores were totaled, all three judges were in agreement.

They awarded Nong-O with the unanimous decision victory and a spot in the history books as the first ONE Bantamweight Muay Thai World Champion.