It has been more than four months since Christian Lee shared the cage with Edward Kelly, but it is a night the 20-year old featherweight superstar will not soon forget.

Last September, at ONE: BEYOND THE HORIZON, Lee faced off against the Team Lakay warrior with hopes of putting himself back into World Title contention with a big win.

Unfortunately, just over two minutes into the opening round, Lee landed a suplex that was deemed illegal, and Kelly was unable to continue.

The ill-fated move cost Lee a disqualification loss on his record. 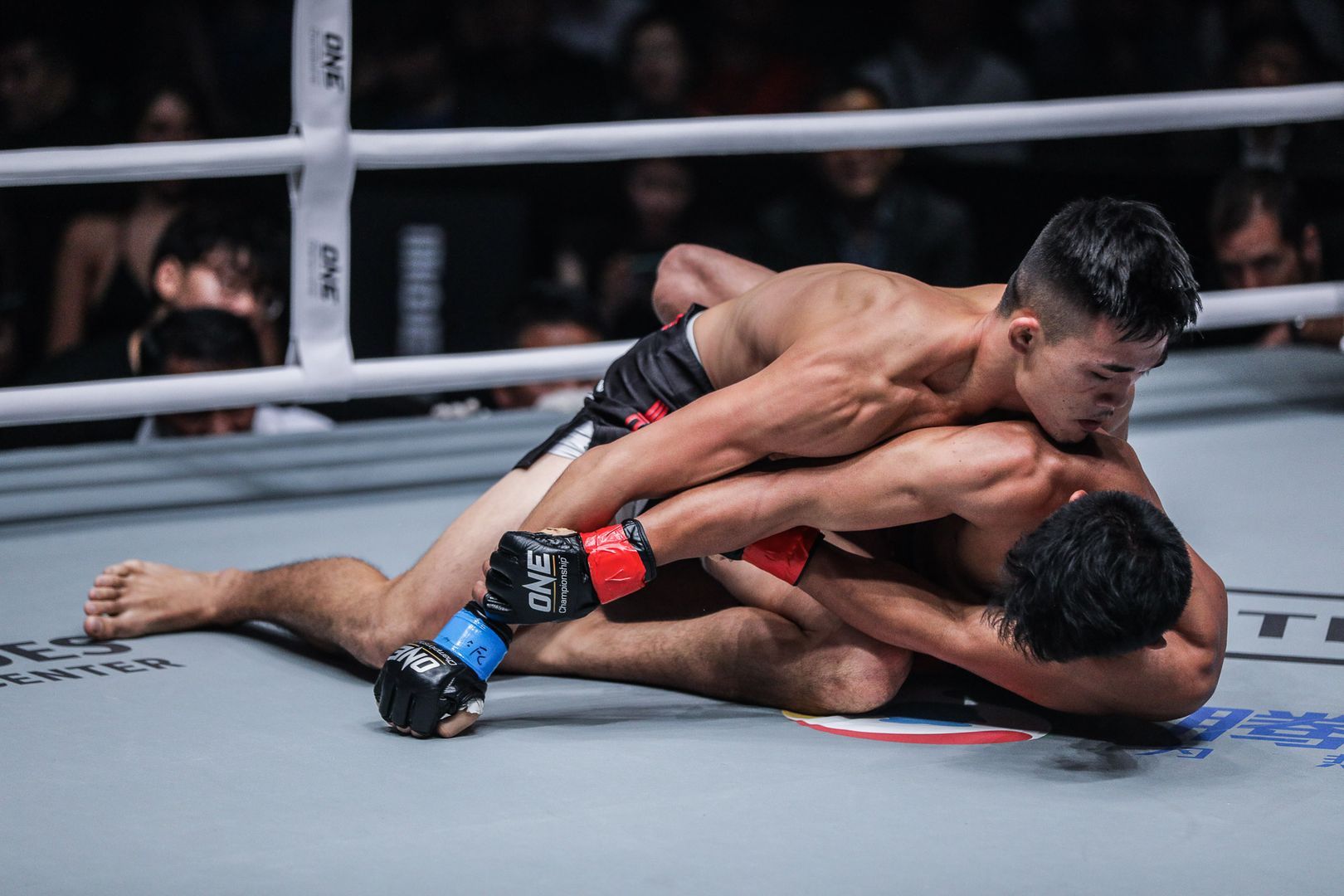 At ONE: ETERNAL GLORY on 19 January, in the Istora Senayan in Jakarta, Indonesia, Lee will have a chance to rectify that in a rematch with Kelly.

“I’m looking forward to going in there and erasing that disqualification loss,” Lee says, ahead of his return to action.

“I feel absolutely in my heart that I won the fight by TKO, but it is what it is. You can’t change that.

“It will forever show that Edward Kelly has a win over me, and I’m not OK with that. That’s why this rematch means so much to me. Now I’m just looking to rewrite the story, and finish him this time.”

Lee was anxious to get this rematch, so when the call came in to offer him the bout, he agreed instantly to make it official.

Considering how things ended the last time, Lee isn’t sure that Kelly was quite as excited. 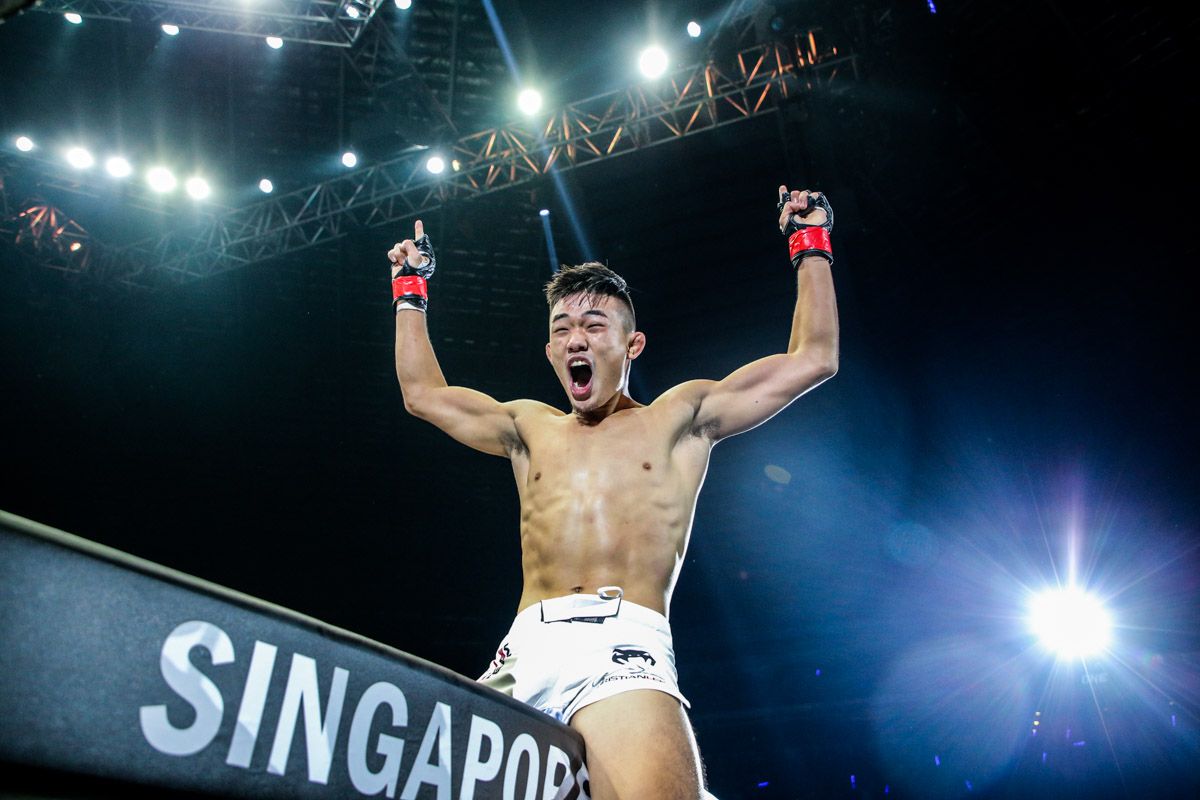 “No — and I mean that with no disrespect — but I don’t feel that he is as eager for the rematch as I am,” Lee says.

“I definitely jumped as soon as they gave me the call. I’m not going to say anything bad, because I respect Edward Kelly a lot. He’s a great fighter. I am just looking forward to going in there and putting on a show.”

While he only spent a couple of minutes with Kelly in the last bout, Lee still took away some valuable lessons to use in their second bout.

Perhaps the most important piece of information was that Lee was not surprised by anything Kelly brought to the table, which meant he was fully prepared the first time.

Lee promises he will be even better prepared now.

Because of his disappointment at how the first match ended, Lee is more motivated than ever before to get a win at ONE: ETERNAL GLORY, but he also knows he cannot allow emotion to get the better of him.

“I plan on leaving all emotions outside the cage,” Lee says. “When I go in there, I’m going to treat it like any other fight. I’m going to go out there and execute my game plan, and I plan on finishing him in the first round.”

If there is one other major element driving Lee going into this matchup, it is his desire to start off 2019 with a bang.

He closed out 2018 with a huge victory over Pancrase Lightweight World Champion Kazuki Tokudome, and he wants to keep the momentum going this year by getting a win over Kelly.

From there, Lee obviously still wants another opportunity to become the ONE Featherweight World Champion, but more than anything, he just wants to be active, and knock off every contender put in his path.

Will 2019 be the year Christian Lee wins ONE featherweight gold?

Will 2019 be the year Christian Lee wins ONE featherweight gold?Jakarta | 19 January | 6:00PM | LIVE and FREE on the ONE Super App: http://bit.ly/ONESuperApp | TV: Check local listings for global broadcast | Tickets: http://bit.ly/oneglory19

Posted by ONE Championship on Wednesday, December 26, 2018

“For me, it’s just about carrying the momentum over from 2018. I want to stay busy,” Lee explains. “I know that Martin [Nguyen] is going to be fighting and defending his belt soon.

“I’m not going to sit on the sidelines waiting and demanding a title shot.

“I’m going to keep fighting, keep taking out big names. Whomever ONE Championship throws at me, I’ll be ready for them.”