The ONE Championship cage is often the site for epic showdowns, where stories of bravery and courage are told in the most exciting of ways.

Each of our martial arts superheroes have the ability, on any given night, to put on the performance of a lifetime. The last three months have been nothing short of amazing for some of our warriors, so let’s honor the five best bouts of the past quarter to take place in the ONE Championship cage.

It took Martin “The Situ-Asian” Nguyen two years and four consecutive first-round finishes to earn a highly-anticipated rematch with Marat “Cobra” Gafurov. After succumbing to the Russian in September 2015 via submission, the 28-year-old vowed to do everything in his power to secure another showdown with the then-undefeated featherweight king.

“The Situ-Asian” finally got his opportunity last August, when he travelled to Kuala Lumpur, Malaysia, for a main event title bout at ONE: QUEST FOR GREATNESS with an upset on his mind.

While Gafurov predicted another first-round rear-naked choke victory, Nguyen exhibited more humility, declaring a finish, but one that could go either way. The only thing he promised was that if “Cobra” was able to take him down to the ground, that he would find a way to get back up.

The Russian was three for three on takedown attempts leading up to the end of the contest. True enough, each time Nguyen fell to the canvas, the Vietnamese-Australian warrior made his way back up to his feet.

Just past the one-minute mark in the second round, Nguyen was able to land his vaunted overhand right, the same punch that has felled many an opponent. As Gafurov slumped to the mat, the Russian’s title, as well as his aura of invincibility, quickly dissipated, with “The Situ-Asian” scoring one of the biggest upsets in recent memory.

#2 Christian Lee and Keanu Subba Live Up To The Hype 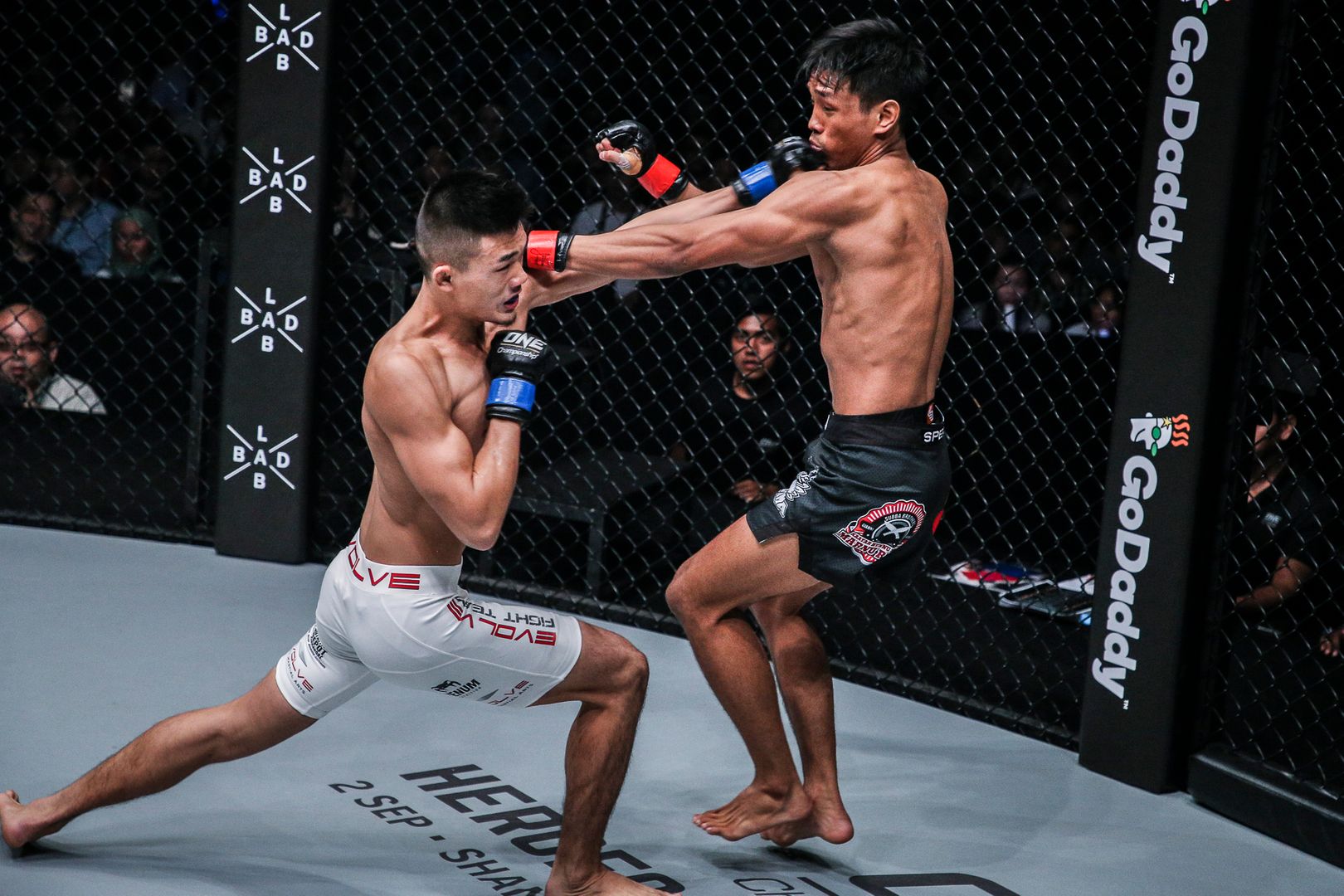 When the possibility of a bout between two top featherweight talents Christian “The Warrior” Lee of Singapore and Keanu Subba of Malaysia first came into public consciousness a couple of years ago, fans were excited with what could transpire in the cage. After all, the two are considered potential title contenders in the future.

Despite their proposed bout falling apart due to training injuries on two separate occasions, the young martial artists were finally able to get the stars to align, meeting in the highly-anticipated showdown last August in Kuala Lumpur at ONE: QUEST FOR GREATNESS. The bout certainly lived up to all the hype.

It was a tactical battle from the start of the very first round, with Subba getting the better of striking exchanges at the center of the cage. Both martial artists, incredibly well-rounded with a full set of skills, would proceed to trade their best shots as momentum of the bout continuously swayed back and forth. Once the bout hit the ground, however, Lee began to take over with his crafty grappling technique.

After a gruelling two-round affair, Lee closed the show just over a minute into the third with a belly down armbar to force the tap from an exhausted Subba.

When Kairat “The Kazakh” Akhmetov made his promotional debut in 2015, he made an immediate impact by upsetting Brazil’s Adriano “Mikinho” Moraes for the coveted ONE Flyweight World Championship. Featuring a world-class Greco-Roman wrestling game, Akhmetov would stifle Moraes with his grappling and submission defense.

In their rematch last August at ONE: KINGS & CONQUERORS, however, the result would unfold in a different manner. This time, Moraes would come better prepared to handle Akhmetov’s smothering wrestling game.

Moraes would emerge the clear winner in this one, reclaiming the undisputed flyweight title in an extremely high-level exchange of strikes. The Brazilian showcased more well-roundedness, beating “The Kazakh” to the punch on numerous occasions, all while checking off all boxes in the grappling department.

All in all, it was a complete performance by the Brazilian, and indicative of the immense talent both flyweights possess as the best in the world.

Roy Doliguez and Yago Bryan are both former ONE Strawweight World Championship title challengers with well-rounded striking and grappling skills. So when they agreed to meet inside the ONE Championship cage in Jakarta earlier this month a tremendous action-packed affair was all but guaranteed.

As both warriors sought triumph inside the ONE Championship cage to ignite their careers, a lot was on the line, including divisional progression to eventually challenge for the strawweight title once more in the near future.

For over two and a half rounds of action, Bryan appeared to be cruising to a unanimous decision. He was the busier, more accurate puncher, and on the mat the Brazilian showcased his grappling roots. But Doliguez, being a former professional boxer, knew all it would take is one punch to turn the tide in his favor.

Just past the midway point of the third and final round, Doliguez had a knockout on his mind as he pushed Bryan back with his jabs. Then, just like in the second round, a straight left hand right down the middle connected right on Bryan’s chin, downing him instantly.

As Doliguez stalked towards Bryan to finish the job, the Filipino could see that it was unnecessary, and referee Olivier Coste concurred, stepping in to give Doliguez the biggest win of his career.

Filipino wushu specialist Robin Catalan faced former ONE Strawweight World Champion Dejdamrong Sor Amnuaysirichoke in Kuala Lumpur last August, and it was a battle of attrition on every front. Both competitors would refuse to give each other quarter, and what transpired was a classic striking showdown. In the end, however, it was Muay Thai that would prevail.

Catalan, a lively challenger, would prove elusive and incredibly durable in the early going. Dejdamrong was having difficulty closing the distance on Catalan, and it seemed that every strike he landed had little to no effect on the Filipino – a testament to Catalan’s conditioning going into this match.

A veteran of hundreds of battlles, Dejdamrong has seen it all before. The Muay Thai legend knew that the damage would pile up, and sooner rather than later, Catalan would succumb to his relentless pressure.

As the bout wore on, the action was fierce. The crowd could sense the finish coming at any moment. Less than a minute into the second round, the multiple time Muay Thai world champion Dejdamrong showed fans just how fearsome his striking really is, blasting Catalan with his patented knee strikes to claim the finish.