In a matchup of former ONE Strawweight World Title challengers, Brazil’s Yago “Codorninha” Bryan and the Philippines’ Roy “The Dominator” Doliguez went to war at the center of the ONE Championship cage.

The pair engaged in battle at ONE: TOTAL VICTORY, which took place at the Jakarta Convention Center in Indonesia on Saturday evening, 16 September.

It was a tough and grueling affair, as both competitors were very well-matched. In the end, however, it was Doliguez who emerged victorious after knocking out Bryan with a single punch. Referee Olivier Coste officially called a halt to the contest at the 2:58 minute mark of the third round, giving Doliguez (7-4) his first win in the promotion. 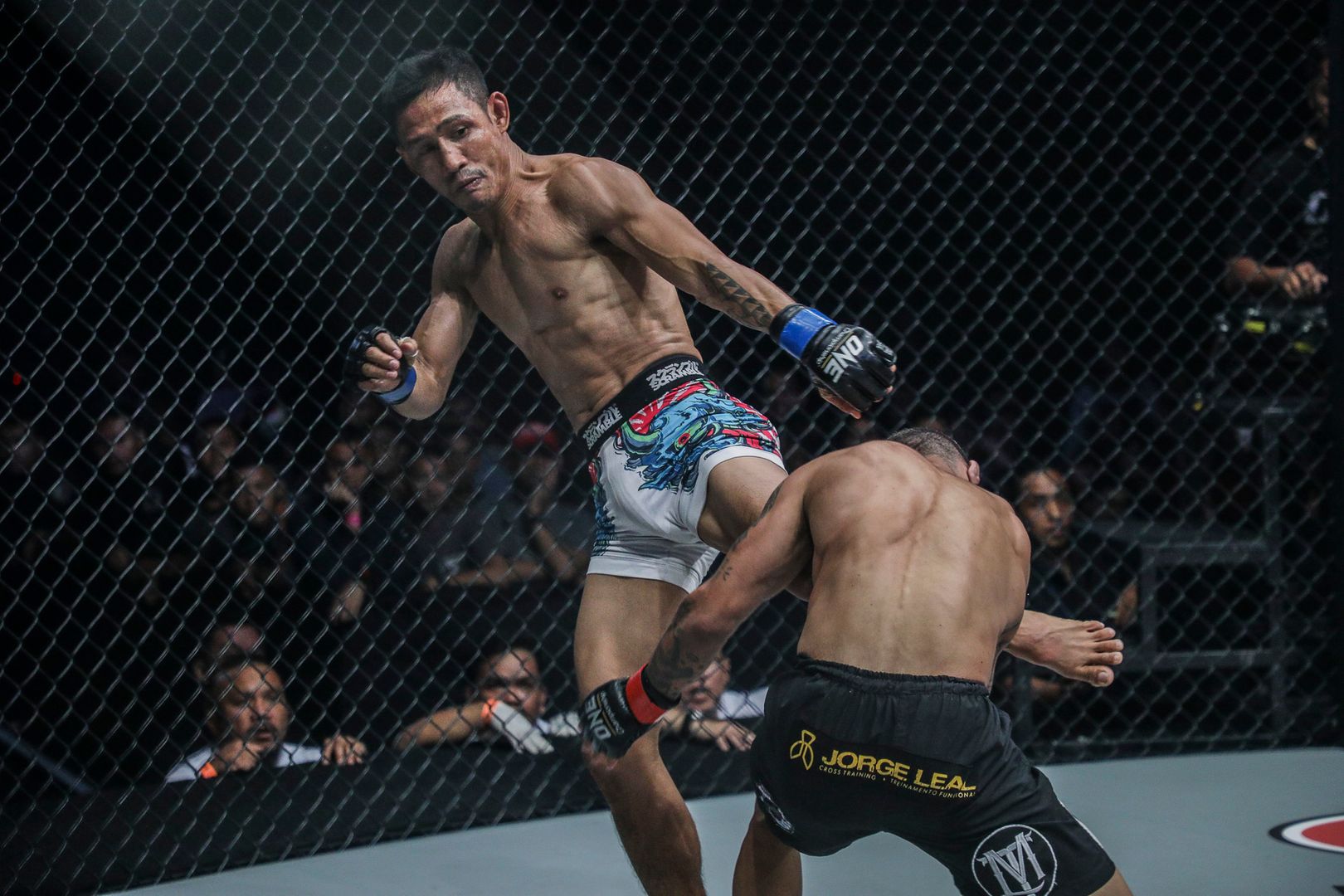 The first round saw the two martial artists engage in an intense striking skirmish at the center of the cage. A former professional boxer, Doliguez surprisingly dictated the pace with his kicks, but Bryan landed the stronger, more powerful blows. In the middle of the frame, the Brazilian scored on a takedown as he controlled his rival on the canvas.

In the second stanza, the 35-year-old Doliguez continued to operate behind his boxing stance, throwing kicks from the outside. Bryan would again secure double underhooks and take the bout back down to the ground. “The Dominator”, however, was able to get back up to his feet with a butterfly sweep.

Towards the end of the round, Doliguez caught “Codorninha” with a straight left hand right down the middle – an indication of what was to come in the next stanza. 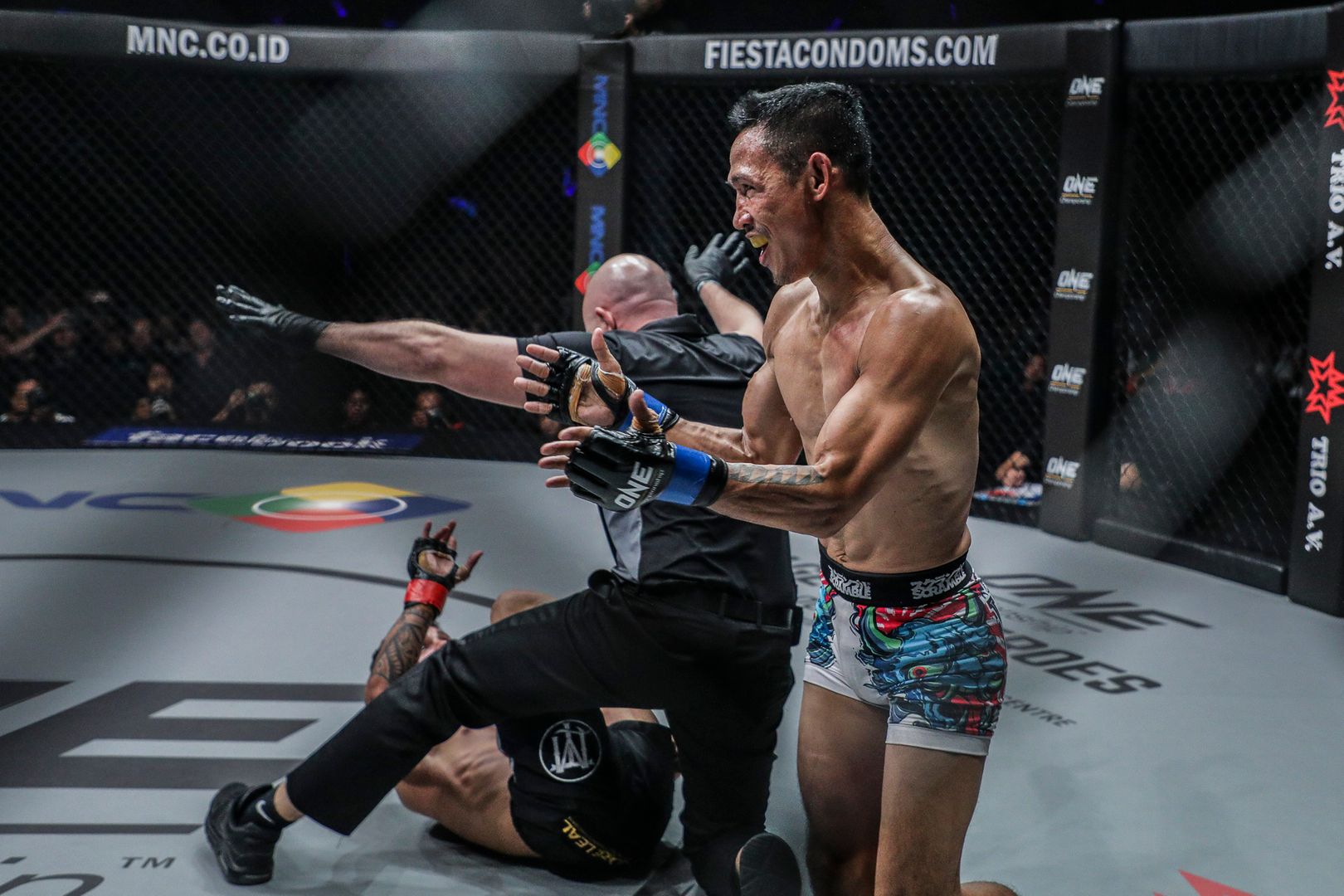 In the third and final round, the Filipino strawweight launched another beautifully-timed straight left that exploded on Bryan’s jaw, slumping the Brazilian to the canvas. As Doliguez walked over to continue his attack, Coste intervened, preventing any further damage.

Doliguez first joined ONE Championship in 2015, as he challenged then-champion Dejdamrong Sor Amnuaysirichoke for the inaugural ONE Strawweight World Championship. He would unfortunately fall by unanimous decision.

Consecutive losses to Riku Shibuya and Alex Silva would soon follow, but “The Dominator” would remained determined to chase success under the ONE banner.

With his triumph over Bryan last Saturday night, Doliguez finally notched his first successful outing in the promotion, one that has surely catapulted himself closer to another shot at the title which is currently held by Japan’s Yoshitaka “Nobita” Naito.