On Saturday, 5 August, a pair of world champions collided at ONE: KINGS & CONQUERORS in Macao, with ONE Flyweight World Champion Kairat “The Kazakh” Akhmetov and interim titleholder Adriano “Mikinho” Moraes squaring off to unify the belts.

With Akhmetov sidelined due to injury, his Brazilian rival became the division’s temporary kingpin last August. But now, with all parties healthy, there could only be one undisputed Flyweight World Champion.

It was expected to be a closely-run affair, given their five-round battle in November 2015 which split the judges. But the long-awaited second matchup was more clearly cut, with Moraes avenging his only promotional defeat, and handing Akhmetov his first loss in 24 fights.

Though it took five rounds to do it, the Brazilian established his range in the early going. Unlike in the first encounter, where the Kazakhstani champion used his wrestling and ground control to stifle Moraes, “Mikinho” successfully defended most of the attempts, and often managed to reverse them to work his own top position.

As Moraes countered on the cage and spent most of round one on top, it seemed as though the baton may have been passed right there.

Once the bout progressed into the second stanza, Moraes grew increasingly confident on his feet, and started to tag Akhmetov more often using his reach advantage via punches and hard kicks to the body.

This flustered the reigning champion, as he pressed forward punching the air instead of his foe. He finally came to grips with the American Top Team representative later on, but could not control him on the ground, despite expending large amounts of energy to put him there.

Besides a hard counter left, which dropped the Brazilian to the mat early in the third, the same story continued, and the woes compounded for “The Kazakh” as the fight wore on.

Perhaps as a result of his 20-month layoff due to injury, the Tiger Muay Thai product was slowing, and could not match the pace being set by his opponent. The continuous stream of hard body kicks no doubt contributed too, as Akhmetov’s grip on his title was clearly slipping. 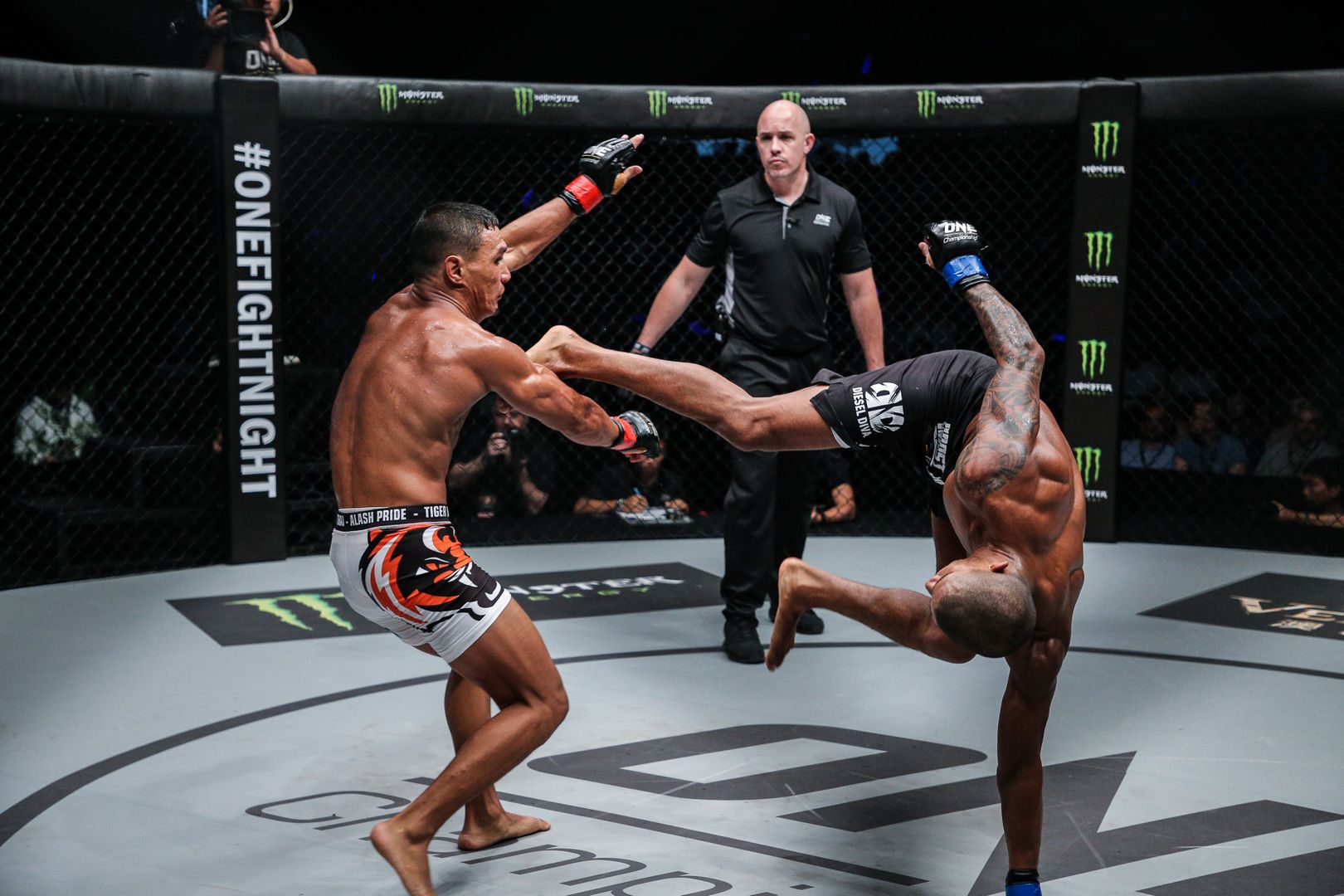 After scoring more takedowns, Moraes began to pull more flashy strikes out of his toolkit, with hook kicks, jumping switch kicks, and cartwheel kicks all thrown in Akhmetov’s direction. The replies mostly came up short, as “Mikinho” grew in confidence and output.

To seal the deal in the fifth, the Brazilian took his opponent down early and dominated from the top, passing guard and chipping away from several positions. He even landed some hard knees to the head from side control.

Although he was clearly en route to defeat, Akhmetov showed his warrior spirit by scrambling back to his feet in the dying seconds of the contest, and throwing hard shots to try and grab a late victory. Moraes was undeterred, sealing the deal with a final takedown to end the bout on top. 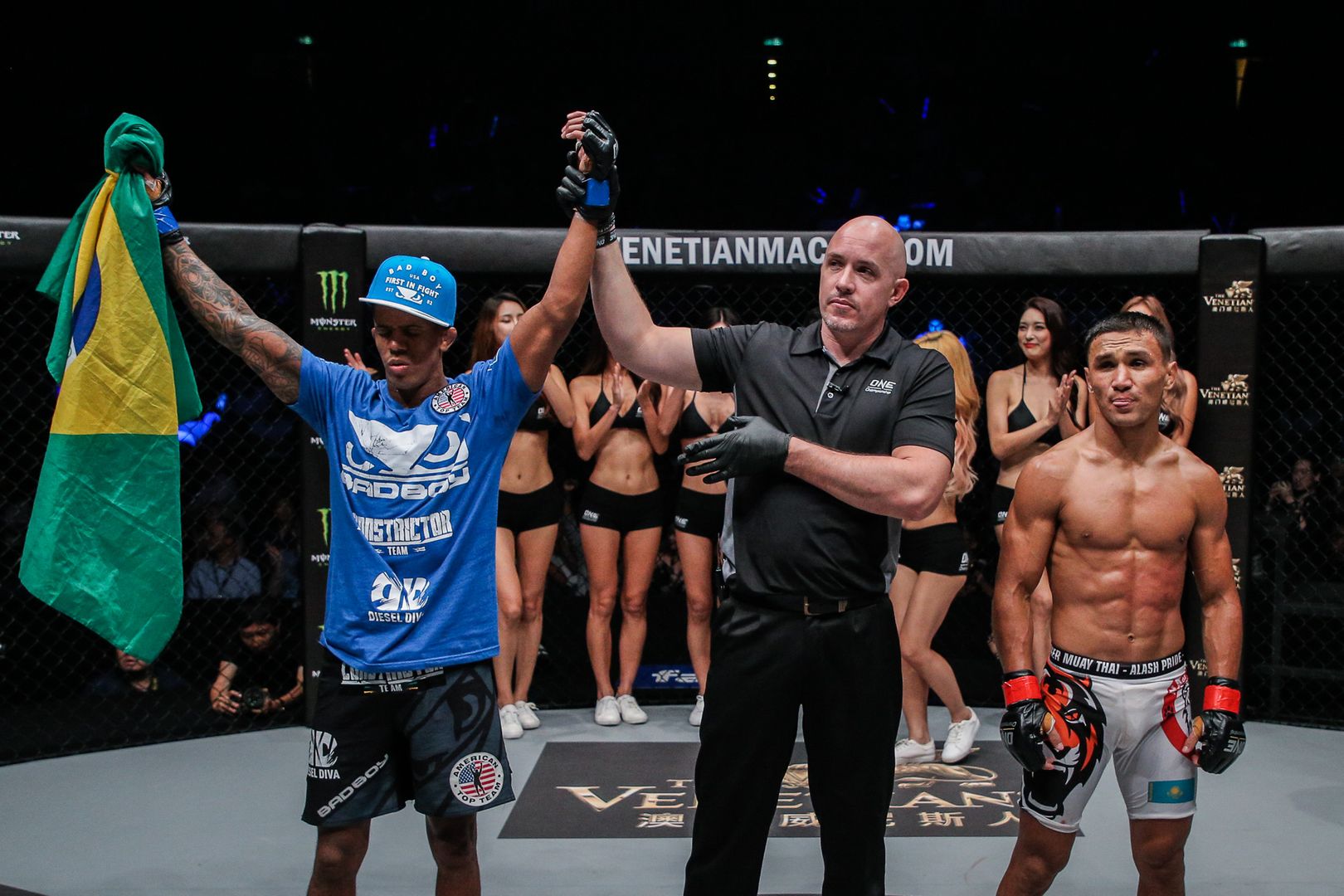 The judges would render a clear unanimous decision victory for Moraes, making him the undisputed ONE World Flyweight Champion.

Akhmetov wanted a record-breaking 24th straight win, but instead he suffered defeat for the first time in his professional mixed martial arts career. It could well be the catalyst he needs to get even better, as he will no doubt eye a rubber match with Moraes in the future, since now they stand even at 1-1.