ONE Championship is preparing for another glorious evening in Jakarta, Indonesia.

On Saturday, 12 May, the promotion will hold its latest spectacle ONE: GRIT & GLORY at the Jakarta Convention Center. The action-packed card will feature 11 bouts, including a sizzling main event for the ONE Strawweight World Title.

Also, a pair of title contenders will battle for the chance to go for gold once more, a four striking sensations will throw down in ONE Super Series, and hometown heroes will attempt to make their country proud inside the cage.

Here are just five of the many reasons why you must catch ONE: GRIT & GLORY.

#1 The Main Event For The ONE Strawweight World Title 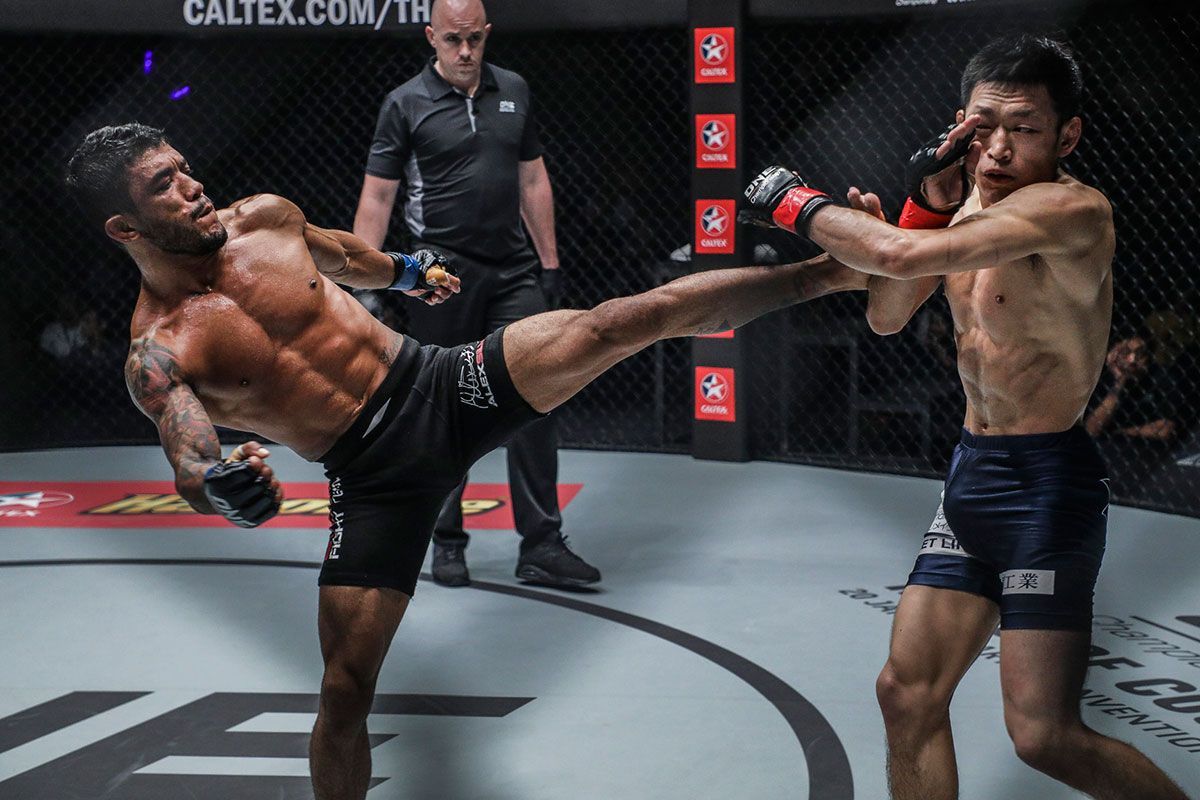 Reigning ONE Strawweight World Champion Alex “Little Rock” Silva (7-1) and former titleholder Yoshitaka “Nobita” Naito (12-1) are two of the best, and most well-rounded, martial artists in the world. They will clash for the second time in the main event of ONE: GRIT & GLORY.

Naito has shown outstanding ability since he wrested the ONE Strawweight World Championship away from inaugural titleholder Dejdamrong Sor Amnuaysirichoke in his promotional debut in May 2016. His second bout, which saw him submit Team Lakay’s Joshua Pacio in his first title defense later that October, confirmed his world championship credentials.

The only man to defeat the Japanese warrior is the man he will face in Jakarta.

Silva, a Brazilian jiu-jitsu world champion, showed he was more than just a grappling expert when he showcased sharp striking to get the better of “Nobita,” and take his belt in a five-round encounter last December.

“Little Rock” has accepted an immediate rematch, and aims to finish his opponent to cement his status as the premier strawweight athlete on the planet. However, Naito is convinced he has improved enough to settle the score. 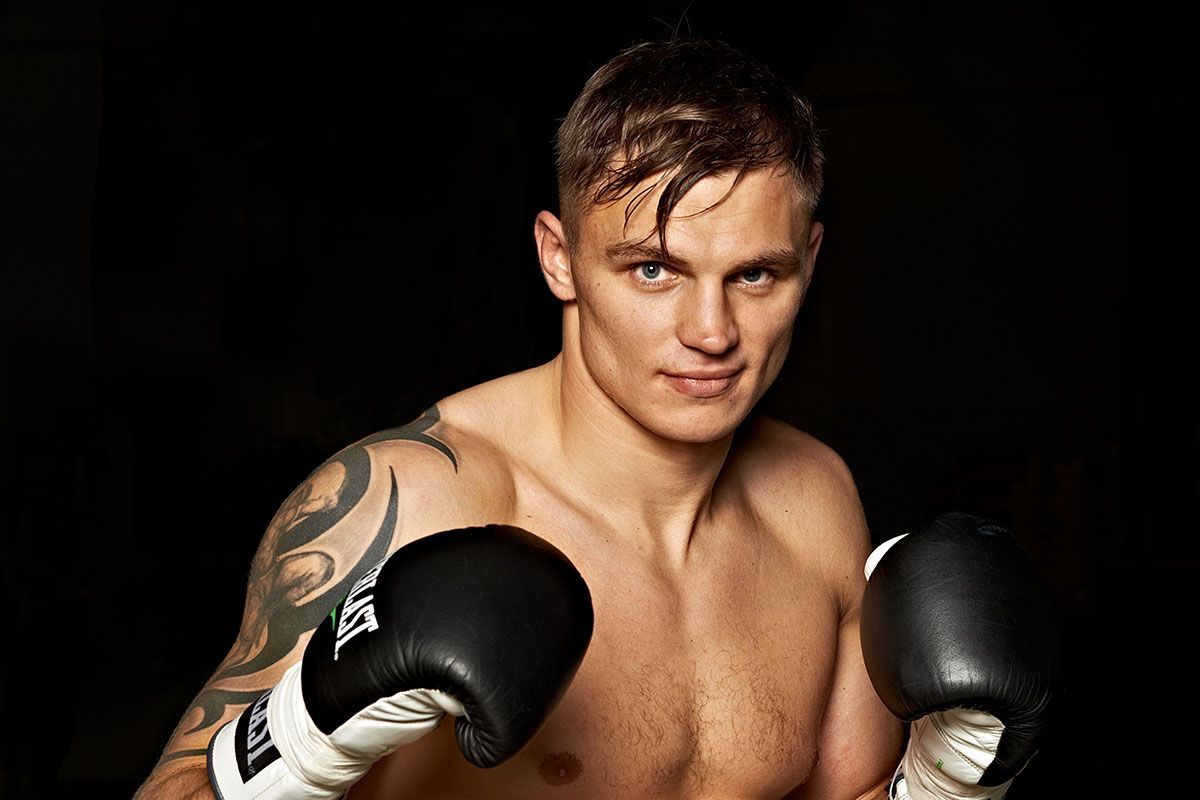 The ONE Super Series is scheduled to return with a highly anticipated kickboxing bout and an electrifying Muay Thai bout.

Following a thrilling debut at ONE: HEROES OF HONOR in April, four more of the world’s best strikers will compete, and look to make their mark in ONE Championship.

On the main card, KOK World Champion Sergej “Kuvalda” Maslobojev (32-6) will meet 2017 K-1 World Grand Prix Heavyweight Champion Antonio Plazibat (16-2). It is a rematch from their clash two years ago, which Maslobojev won via TKO. With their contest set for 95kg, it would be wise to expect more heavy exchanges when their rivalry is renewed.

Also, on the prelims, Lion Fight Lightweight World Champion Ognjen Topic (30-20-2) will throw down with Triumph Kombat Champion Stergos “Greek Dynamite” Mikkios (19-8-2) in a Muay Thai bantamweight contest. Both have won titles in multiple organizations, and aim to add ONE gold to their collections in the near future.

The match-up between former ONE Middleweight World Champion Vitaly Bigdash (9-1) and five-time Brazilian jiu-jitsu world champion Leandro Ataides (10-3) had all the makings of a thriller at ONE: KINGS OF COURAGE last January.

Sadly, the clash between the two middleweight contenders was canceled just days before the event due to an unfortunate injury to Bigdash.

Now, four months later, the bout has been rescheduled, and the dynamic Russian and powerful Brazilian are finally set to meet in a match-up that could determine the next contender for Aung La N Sang’s ONE World Middleweight Title.

Bigdash has shown he can persevere through even extreme adversity, and threaten to finish using his well-rounded skill set.

However, his ability to survive will be tested to the limit by Ataides. Though the Brazilian is best known for his submission acumen, he is developing a reputation as an explosive knockout artist. Five of his 10 career wins have come by KO.

The show could very well be stolen when these men meet in the middle of the ONE cage.

Indonesian fans will be giving their full support to Stefer Rahardian (8-0) as he competes to extend his undefeated record in a new division.

Despite winning every match at flyweight, the East Jakarta native has decided he is more naturally suited to the weight class below. However, he has hidden any size disadvantage he may have faced until now, thanks to his incredible success.

The Bali MMA product has used a full range of martial arts skills, particularly his smothering grappling game, to either dominate opponents for 15 minutes, or submit them in the first round.

Kaushik is confident his stand-up skills will be good enough to spoil the party in the Jakarta Convention Center. To do that, he will have to do what no martial artist has managed to do before – get his hand raised at the end of a bout against Rahardian.

Joining Rahardian on the ONE: GRIT & GLORY bill are six more local heroes aiming to make their country proud.

On the main card, Priscilla Hertati Lumban Gaol has the chance to pick up her third win of 2018, after she started the year with two first-round finishes. Her opponent in the women’s atomweight tilt will be model turned martial artist Rome “The Rebel” Trinidad of the Philippines.

Also, Victorio “Indra” Senduk (6-0) is in the hunt for his second win of the year on home soil. He made a victorious return to the promotion for the first time in almost six years at ONE: KINGS OF COURAGE in January. Attempting to stop him from scoring his seventh consecutive win will be Cambodia’s Sor Sey, who is targeting his second victory in the organization.

The prelims will feature another quartet of homegrown heroes in two all-Indonesian bouts.