Rome “The Rebel” Trinidad may be a newer face to ONE Championship, but she is already helping to inspire others and break down gender barriers.

The Filipina atomweight’s blossoming journey continues on Saturday, 12 May, as she challenges Priscilla Hertati Lumban Gaol at ONE: GRIT & GLORY, which takes place at the Jakarta Convention Center in Indonesia.

For Trinidad, this upcoming contest is the latest excerpt from her tale of triumph — a tale about supporting her family through her modeling endeavors, overcoming emotional torment from other people, succeeding as a strong independent female, and the never-ending quest for her parents’ approval.

Not Just A Girl 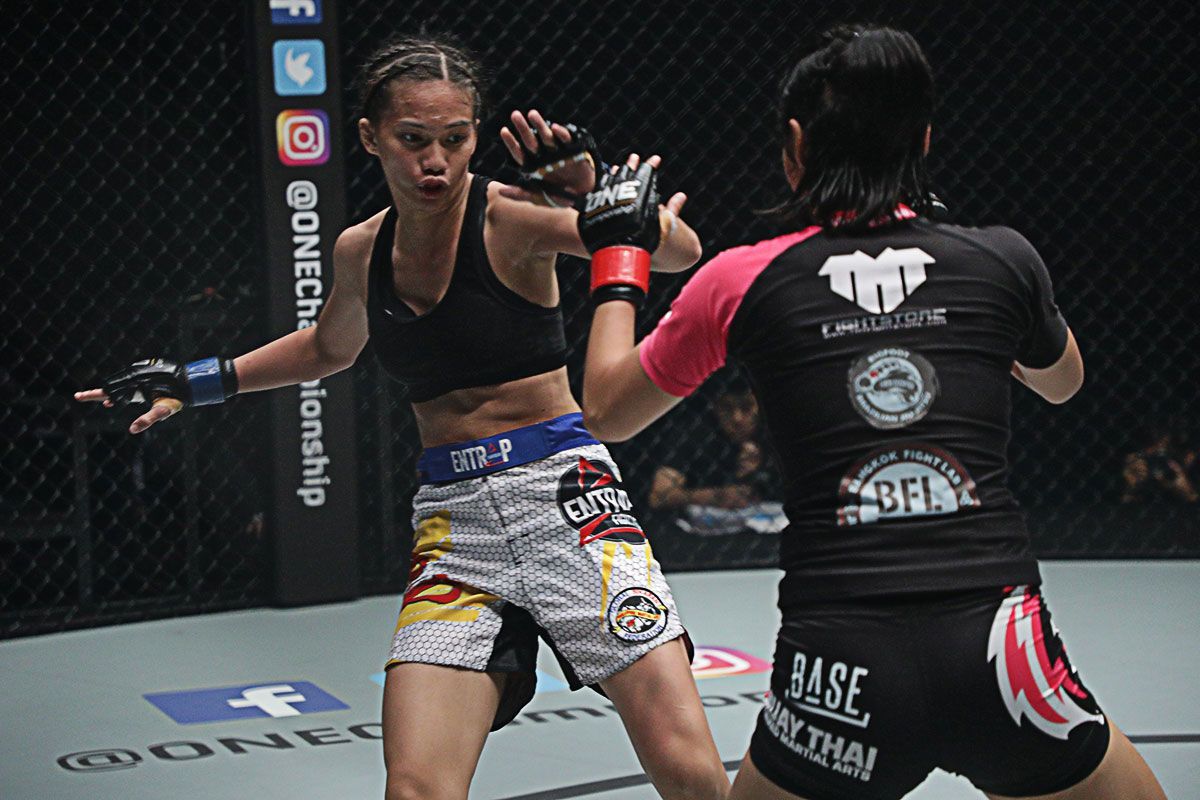 Looks can be deceiving, especially when it pertains to Trinidad’s life.

The daughter of a civil servant father and a housewife, Trinidad was raised with her four siblings in the town of San Rafael, Bulacan.

However, instead of being one big, happy family, she was forced to grow up a little faster than most teens.

“My parents are actually separated,” the 21-year-old shares.

To make matters worse, she was emotionally tormented by others. As an attractive young lady who participated in pageants since high school, bullies typecast Trinidad, and ridiculed her based on her appearance.

“People made fun of me a lot because I am a girl,” she explains. “They say that beautifying myself is the only thing I know. I was hurt because, as a woman, I know I can do so much more.”

Trinidad wanted to prove that. In fact, she wanted to protect her family, and others as well. In 2012, she had a chance to take her first step in doing that, but her mother and father did not support her aspirations of becoming a police officer.

“I wanted to take up criminology, but my parents did not approve of it, because I am a girl,” she mentions. “I know they are just looking out for me.” 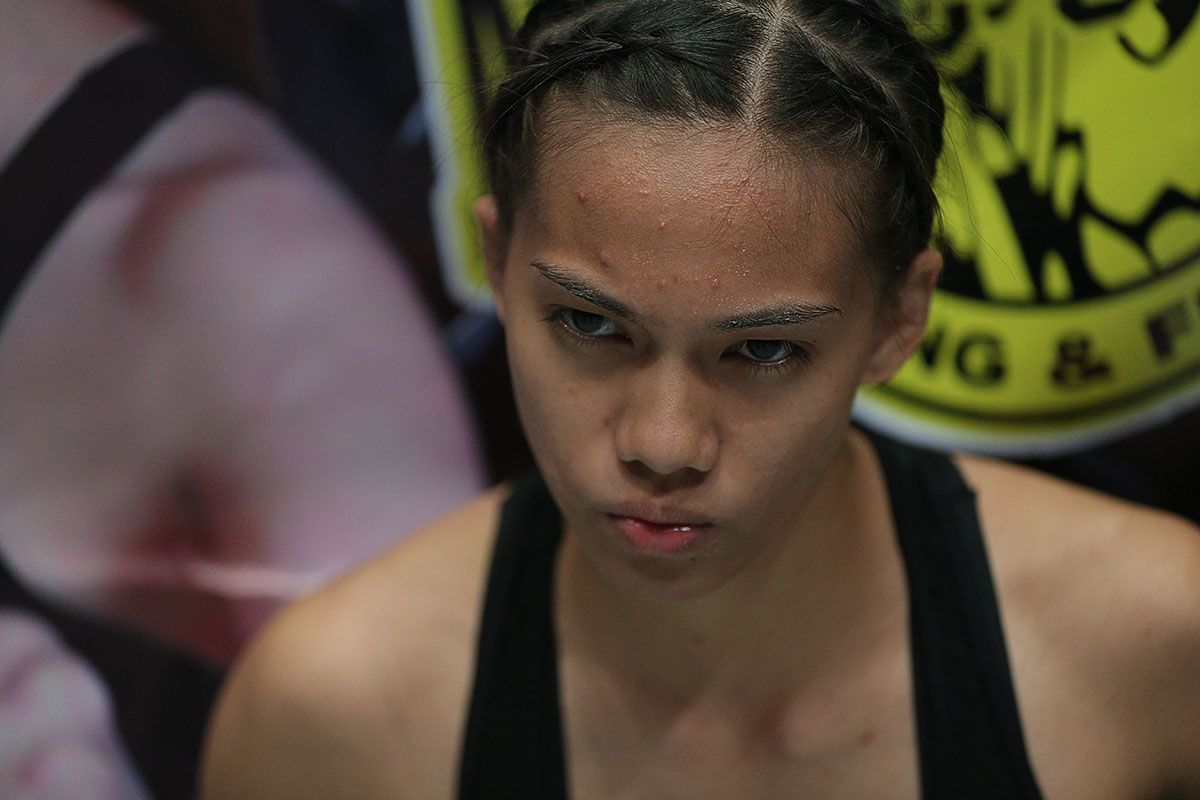 Trinidad wound up studying Communication Arts at World Citi Colleges in Antipolo, Rizal. Admittedly, she was not too thrilled about her course of study, but criminology somehow crept back into her life.

In her first year at college, Trinidad saw a police officer teaching a group of students the Filipino martial art of sikaran, an ancient practice that originated in the province of Rizal. The fact that it was a sport exclusively for criminology students did not stop “The Rebel” from trying out.

“I mustered up my courage to walk up to the instructor and ask if I could try out,” Trinidad recalls. “He asked what course I was taking, and when I told him I was taking Comm Arts, he was taken aback, because I am a woman and I was not taking up criminology. He let me try out, and that is how I got started.”

She would later become a varsity athlete for the school, and was even honored as the best female sikaran athlete in an open tournament in 2016.

Financial difficulties, however, got in the way of her studies, and she was forced to leave both college and the sikaran program.

“I gave way for my younger sibling to finish his studies,” she admits. “Because we were both studying in private schools, it was financially difficult to manage for my parents, so I wanted to help.” 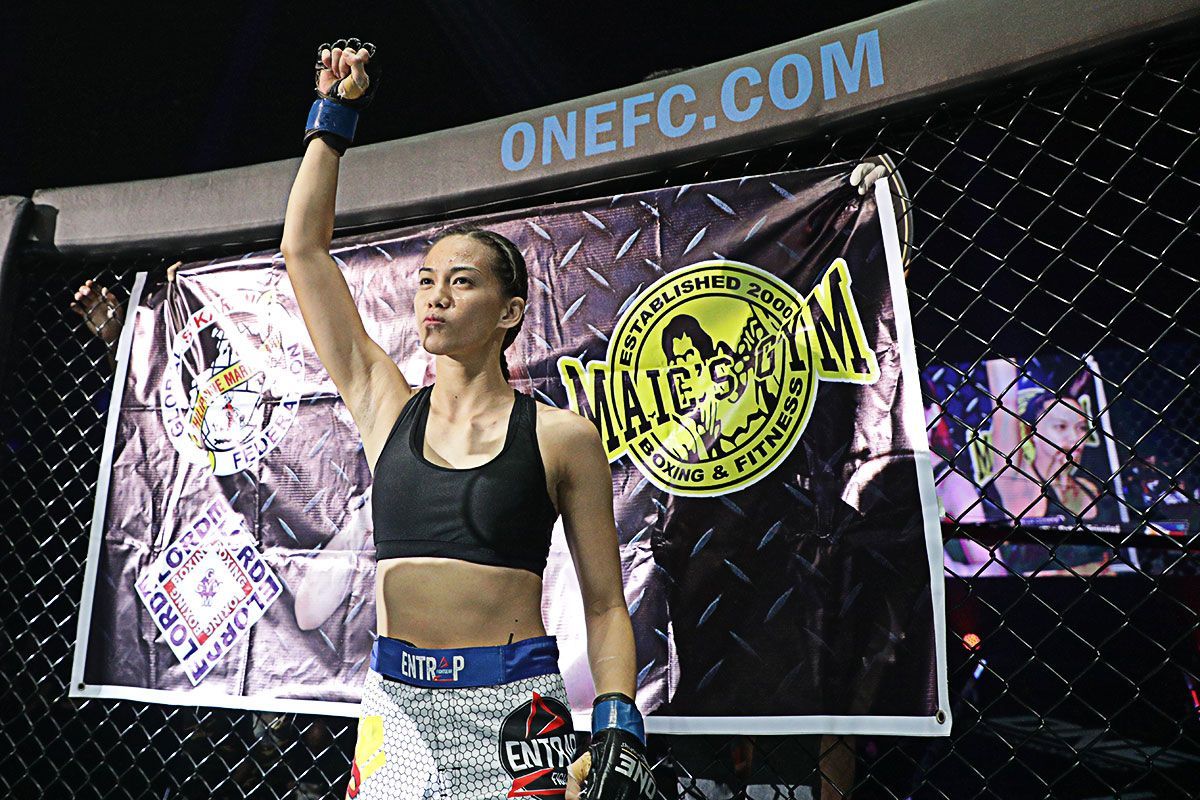 Trinidad pursued a martial arts career, but took a rather unusual path.

Her amateur pageant experience caught the attention of a modeling agency during her college years, which helped her land some jobs. Through that, she was able to financially support her mother, and help her sibling through school.

“I became an ambassador for a resort, appeared in a print ad for a local theme park, and my last gig was a digital commercial for a popular beer brand,” she reveals. “It is difficult to get a [modelling] gig though, with so much competition.”

Speaking of gigs, she was also a vocalist in a band. They played acoustic sets that went as late as two in the morning.

“I love singing,” she continues. “After training, it was my way of relaxing. I sang at bars and coffeeshops when I was just starting martial arts.”

While her love for singing and her natural beauty made her belong in both roles she played, they had to take a backseat for her martial arts passion. Sikaran opened her to the world of martial arts, and she needed to learn more.

“There is so much one can do in the cage, and I thought it was more exciting to watch and do,” she says.

Inspiring Women & Youth From The ONE Cage 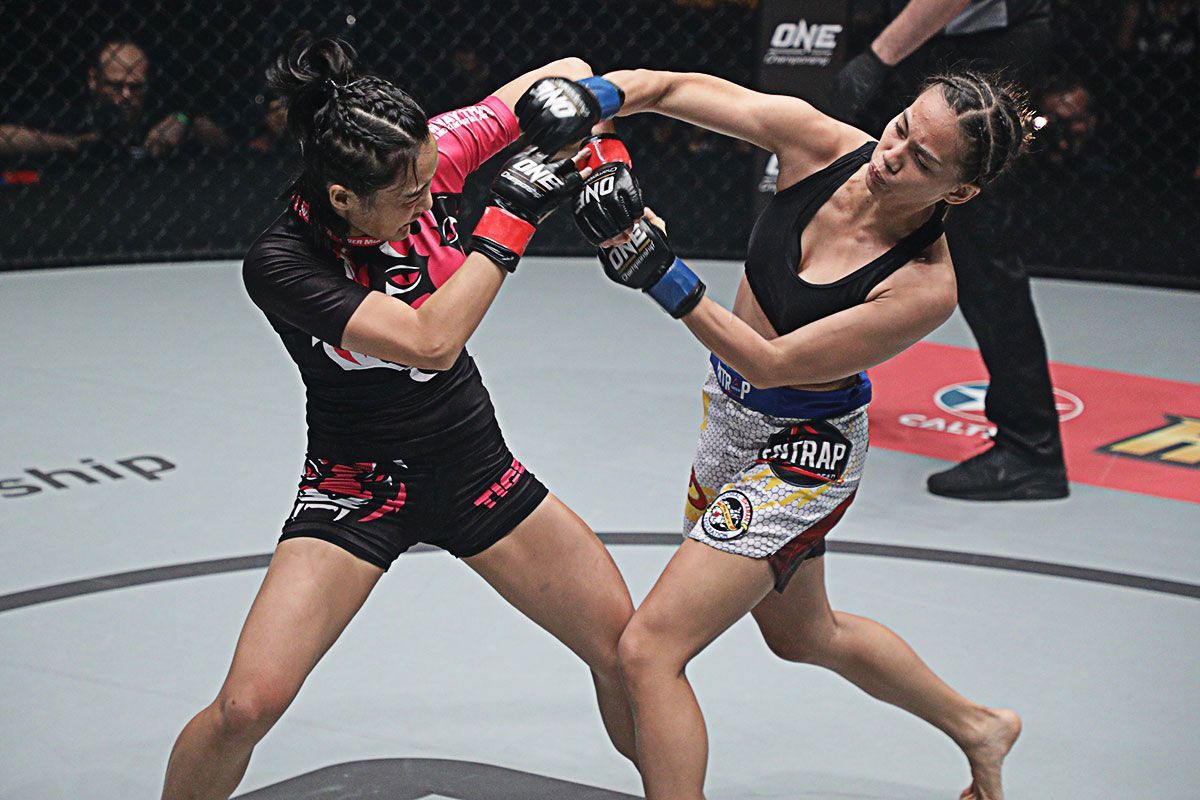 In April 2017, Trinidad made her professional cage debut, and successfully defeated Maria Anne Javilagon via TKO. Based off the strength of that performance, “The Rebel” was invited to compete in ONE, an opportunity she embraced with open arms.

She clashed with Rika “Tinydoll” Ishige at ONE: WARRIORS OF THE WORLD in Bangkok, Thailand, later that December. It was a competitive battle, but the more experienced Thai star was able to submit Trinidad via rear-naked choke in the second round.

However, the loss has not derailed the Filipina from achieving her goals. In fact, it only inspired her to keep pushing forward in her young career.

“Losing does not make one a goner. It is probably just a test from God so that I will have a reason to rise back up,” she says.

“It was my first time to fight internationally, and I lost. It gave me motivation to keep going, get better, and be more aggressive. Most of all, it taught me to be humble in all aspects of my life.”

For Trinidad, just standing in the ONE cage is already a statement within itself. It is further proving that women can accomplish anything they want, and she is already influencing others by fearlessly pursuing her dreams.

“There are a lot of younger kids who come up to me and ask: ‘How do I become like you?’” she says. “I am not telling them to become cage warriors like me, but I want them to be strong against any challenge in life – not only physically, but also mentally and emotionally.”

On 12 May, Trinidad will look to make her statement louder, as she challenges Gaol at ONE: GRIT & GLORY.

As she strives to be an inspiration for women and youth, and further break down the gender barriers, there is something else that drives Trinidad in all that she does.