Some of ONE Championship’s most powerful knockout artists will be shooting to capture some highlight-reel moments this Friday, 13 July.

The promotion will host its latest martial arts spectacle, ONE: PURSUIT OF POWER, at the Axiata Arena in Kuala Lumpur, Malaysia, and there will be plenty of powerful strikers present to put on a show.

Here are just four of the best knockouts from the heroes that will feature on the card.

Zebaztian “The Bandit” Kadestam has delivered some incredible performances during his seven-year mixed martial arts career, and his most jaw-dropping moment came on the biggest stage in May 2017.

The Swede accepted a short-notice bout to make his debut against former ONE Welterweight World Title challenger Luis “Sapo” Santos at ONE: DYNASTY OF HEROES.

Santos, who had an eight-week training camp, enjoyed plenty of success in the first 12 minutes of the contest. The Brazilian traded with Kadestam on the feet and utilized his superior grappling to control him on the ground. He constantly looked for takedowns, but was tiring as the match wore on.

By the time the final round began, he had lost his ability to launch explosive offense, opening the door for “The Bandit” to mount a spectacular comeback.

As “Sapo” attempted another takedown, Kadestam sprawled to defend, then burst forward while unloading a huge knee strike to his rival’s head, and landed in side control.

“The Bandit” quickly continued his attack with heavy punches and elbows, and then hit the decisive blows as he unleashed two more knee strikes that put the Brazilian down for the count.

Kadestam will try to make another unforgettable moment on Friday, as he looks to become the first athlete to defeat Agilan Thani in his native Kuala Lumpur.

Narantungalag “Tungaa” Jadambaa may not have competed for a year and a half, but he made up for lost time in June.

The former ONE Featherweight World Champion looked phenomenal against Filipino contender Edward “The Ferocious” Kelly at ONE: PINNACLE OF POWER.

The Mongolian is no stranger to thrilling finishes, and he put on an incredible display of dominant grappling and striking on the mat – mounting a relentless ground and pound assault in his featherweight tilt with the Team Lakay standout.

After dominating from top position for the majority of the bout – and nearly wrapping up a north-south choke just moments earlier – Jadambaa fired away with punches from Kelly’s half guard as the seconds ticked away in the second round.

That caused the “The Ferocious” Kelly to give up mount position, and then his back, inviting Jadambaa to turn up the intensity as the clapper sounded.

Kelly was defenseless, which caused the referee to stop the contest with just two seconds remaining in the second round.

“The Underdog” Li Kai Wen‘s thunderous fists made for a record-breaking performance in June.

He faced Filipino newcomer Rodian Menchavez at ONE: PINNACLE OF POWER, and did not waste any time in looking for the knockout.

As soon as the match started, the Chinese warrior pressed forward with two massive combinations. The decisive blows were a jab, followed by an overhand right that blasted Menchavez and sent him crashing to the canvas.

The whole ordeal lasted a mere 10 seconds, which gives Li the fastest knockout in ONE’s featherweight division, and the second-quickest overall.

Li will collide with Emilio “The Honey Badger” Urrutia at ONE: PURSUIT OF POWER, and they promise to put on a contender for 2018’s “Bout Of The Year.”.

Emilio “The Honey Badger” Urrutia is raring to score another sweet victory on 20 April!

Emilio “The Honey Badger” Urrutia had a successful promotional debut against Edward Kelly in August 2017, but he put the featherweight division on notice in January with a decisive knockout victory.

The Phuket-based American faced two-time No-Gi BJJ World Champion Bruno Pucci at ONE: GLOBAL SUPERHEROES, and he dominated the contest from beginning to end.

As soon as the opening bell sounded, Urrutia moved forward with controlled aggression, as he threw powerful and precise combinations which caught “Puccibull” with nearly every punch.

Despite having the Brazilian in trouble a couple of times in the first stanza, Urrutia was patient with his strikes until he saw the opportunity for the finish.

After stinging Pucci with several hard shots, “The Honey Badger” marched him down. His opponent kept trying to counter his shots, but that only accelerated his downfall.

When he dropped his left hand to throw a hook, Urrutia capitalized by connecting with a crushing right hand. He followed that with a left that put the Evolve MMA representative on the mat for the last time. The referee rushed in to stop the contest at 3:33 of round one.

Urrutia will look for another dynamic performance against Li on Friday night, as he aims to climb the featherweight ranks. 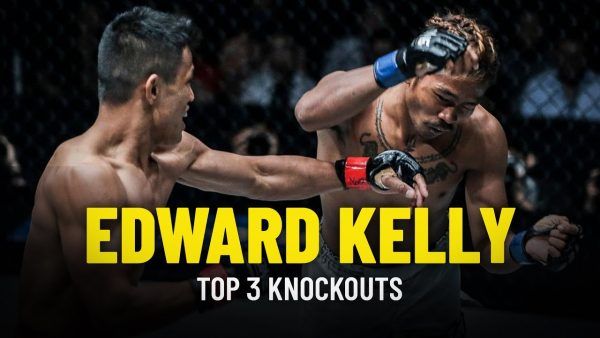 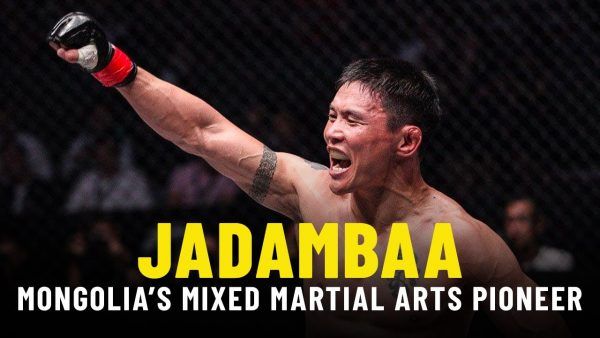