The opening bout on the main card of ONE: GLOBAL SUPERHEROES had a real big-bout feel, as Bruno Pucci and Emilio “The Honey Badger” Urrutia went toe-to-toe in a featherweight clash.

Both men went into the contest with championship ambitions. In the end, it was Urrutia who delivered a big statement to the rest of the division, as he dismantled the two-time BJJ no-gi world champion with a blistering display of powerful striking to score an impressive first-round knockout victory. It was just as he promised in the weeks leading up to the bout.

Right from the opening bell, Urrutia took to the center of the cage and established his jab, slamming “Puccibull” with stinging left hands and disrupting the Brazilian’s composure with chopping low kicks to his lead leg.

“The Honey Badger” scores an impressive knockout victory over a game Bruno Pucci!

Pucci had spoken ahead of the contest of his own improved striking, but his decision to stand and trade with the Tiger Muay Thai & MMA product proved ill-advised. Urrutia dominated the striking exchanges, forcing Pucci backwards with solid combinations as he exerted forward-pressure and controlled the cage.

The Phuket-based Floridian also showcased his takedown defense. He first used his impressive upper-body strength to shrug off Pucci’s takedown attempt from the clinch, then employed quick footwork, as he smartly backpedalled away from a double-leg attempt moments later.

With Pucci’s world championship-caliber grappling effectively nullified, “The Honey Badger” went back to work with his hands, using his seasoned Muay Thai skills to batter the Evolve MMA representative with a multi-punch combination that, for a moment, looked as if it might bring an early finish. 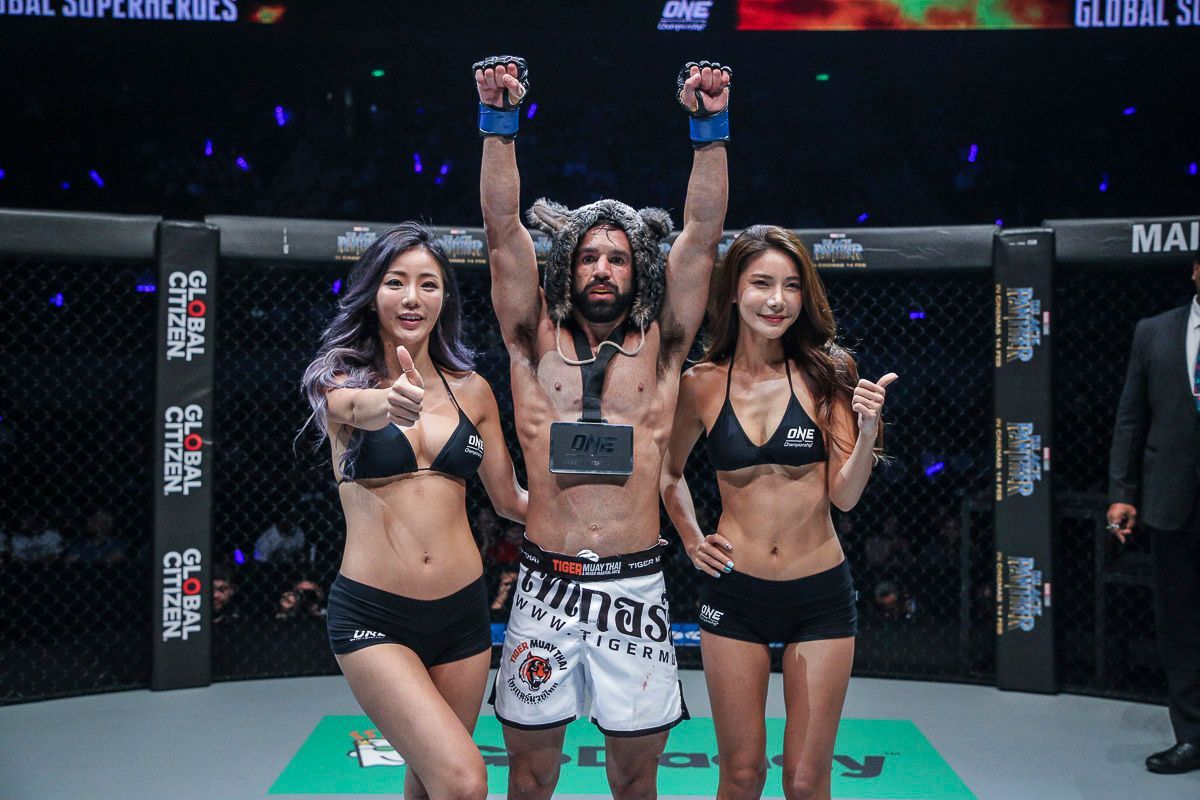 However, Pucci gamely managed to survive and circle off the cage. But the reprieve was only a temporary one, as Urrutia, sensing the finish was near, piled on the pressure. He eventually dropped “Puccibull” with a powerful right-left combination to finish the bout at the 3:33 mark of round number one.

It was a performance that will have made the rest of the featherweight division sit up and take notice, as “The Honey Badger” looks to make a concerted run towards a world title shot against the ONE Featherweight World Championship.

If he can produce more performances like that, Urrutia could well become a serious threat for the belt in 2018.