Emilio “The Honey Badger” Urrutia (10-4) is in top form now that he’s with ONE Championship.

The American, who is riding a three-bout win streak, is scheduled to meet two-time BJJ no-gi world champion Bruno Pucci (5-2) in a featherweight affair at ONE: GLOBAL SUPERHEROES, which broadcasts live from the Mall Of Asia Arena in Manila, Philippines on Friday, 26 January.

Despite Pucci claiming that Urrutia is “not a finisher,” like he is, “The Honey Badger” thinks otherwise.

“I am faster and stronger than I have ever been. I am ready for war, and I am looking at stopping this bout with my heart and my cardio. I am going to put this guy away,” the 31-year-old Urrutia states.

“I feel like I am going to get a TKO in the second round, or early-to-mid third round. I want to take him down and get a ground-and-pound finish from the top, old-school style. But I will take the one-shot finish, too. I am long overdue a KO.” 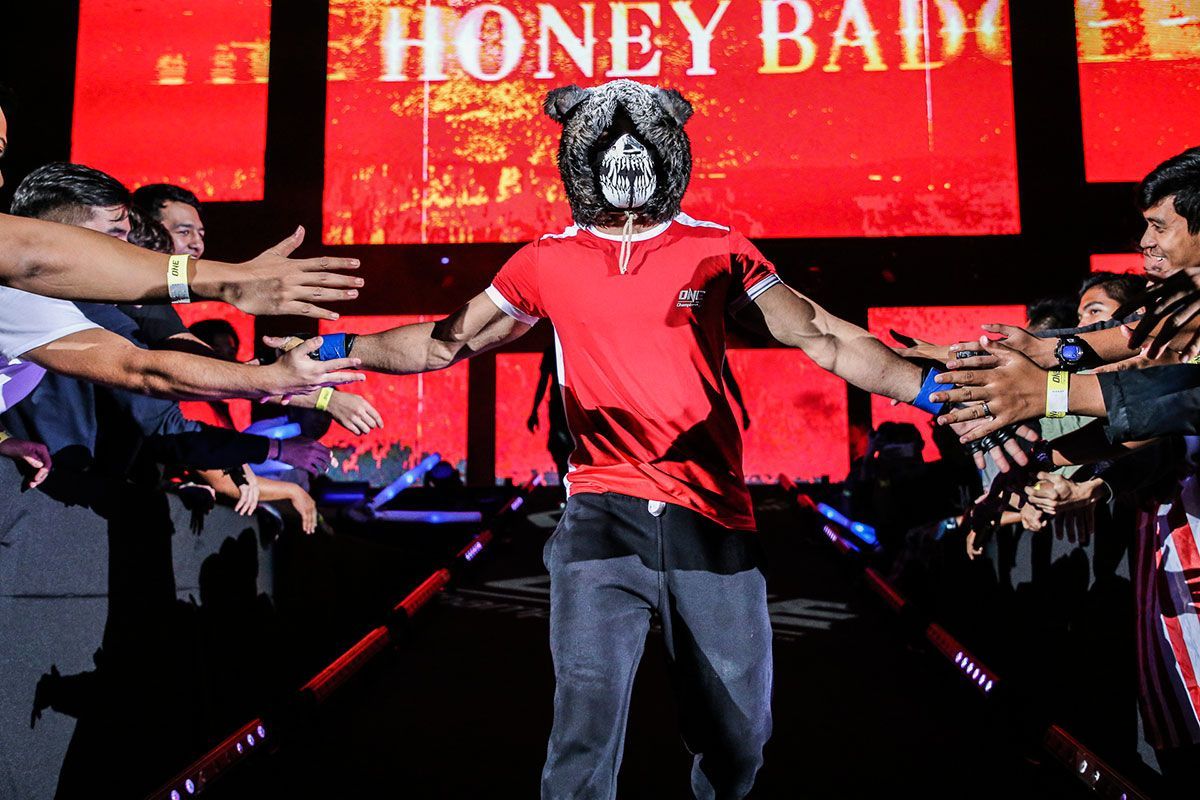 The Miami-born featherweight has now based himself in Phuket, Thailand, as part of Tiger Muay Thai & MMA. And after earning his stripes competing for promotions across Asia, he was handed the opportunity to compete inside the ONE cage last August at ONE: QUEST FOR GREATNESS in Kuala Lumpur, Malaysia.

For a man who has worked tirelessly to make a living as a professional martial artist in Asia, setting foot in the ONE cage for the first time was a special moment. To come away with a debut victory, having defeated the Philippines’ Edward Kelly, was even more special.

“It was like magic. I do not know how to explain it,” he admits. “It was crazy. From event week, how smoothly it went with my cornermen and my coaches, to how the promotion treated me, it was great.

“Getting the energy from the big show for the first time was awesome, but I was super nervous. When the match took place, I just tried to embrace every minute of it and enjoy it, because it was a culmination of 10 years’ hard work trying to get to that stage.

“I just wanted to make sure I made the most of the opportunity. Everything felt like I was exactly where I was supposed to be.” 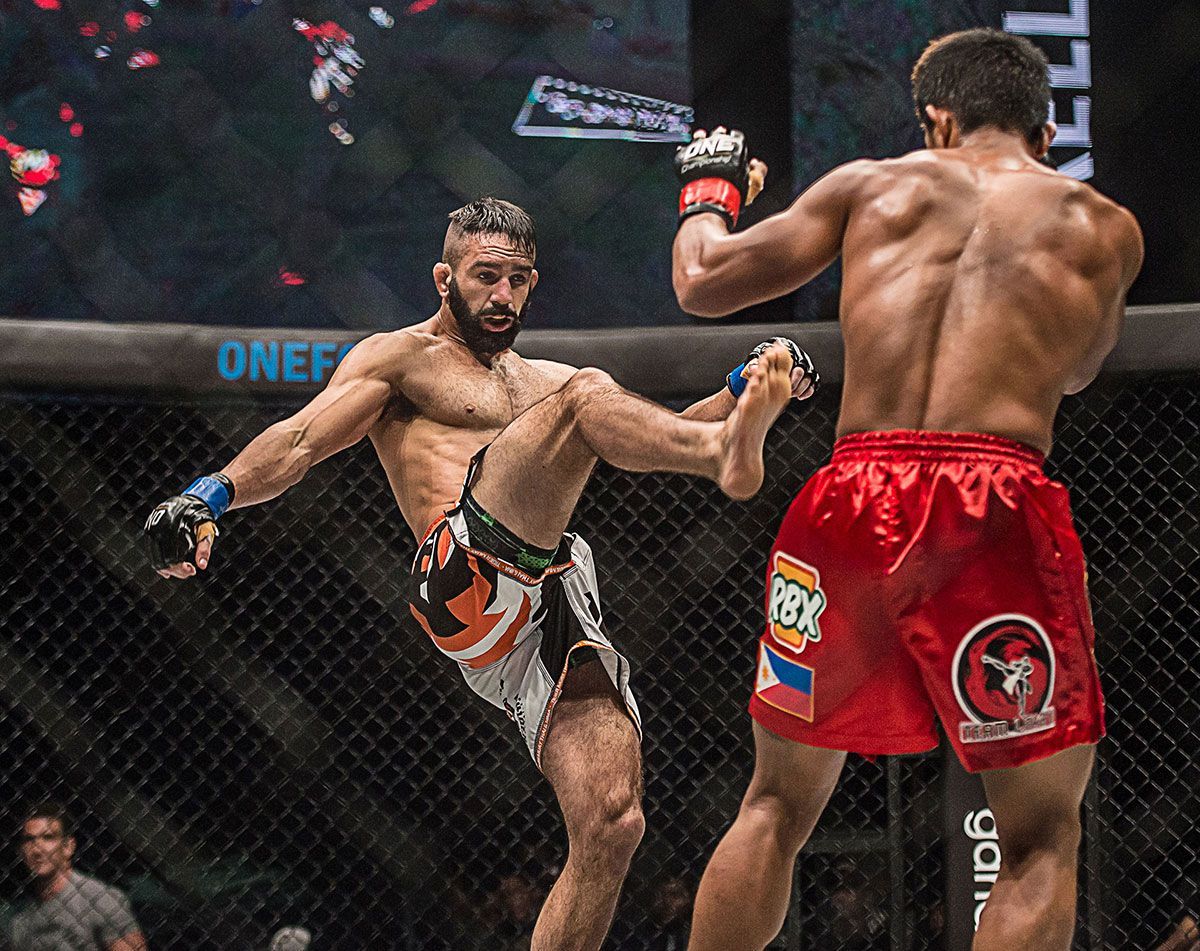 Urrutia admits he was anxious in the build-up to the show, as the enormity of his promotional debut on the global stage threatened to overwhelm him. But, when the bout started and he settled into his rhythm, all the nerves faded away as he claimed a hard-earned unanimous decision victory.

“I was having nightmares, waking up in the middle of the night thinking the match was tomorrow, then realizing I still had two weeks to go,” he recollects.

“After getting my hand raised, I remember the first thing I wanted to do was jump into my cornerman’s arms. Everything we worked on in training, it all just came together perfectly. It was the best night of my life, and a feeling I still hold dear to my heart to this day.”

Urrutia will make his second appearance in the ONE cage in Manila on 26 January, when he lines up against Evolve MMA standout Bruno Pucci, a two-time BJJ world champion who uprooted from Brazil to follow his martial arts passion in Singapore. 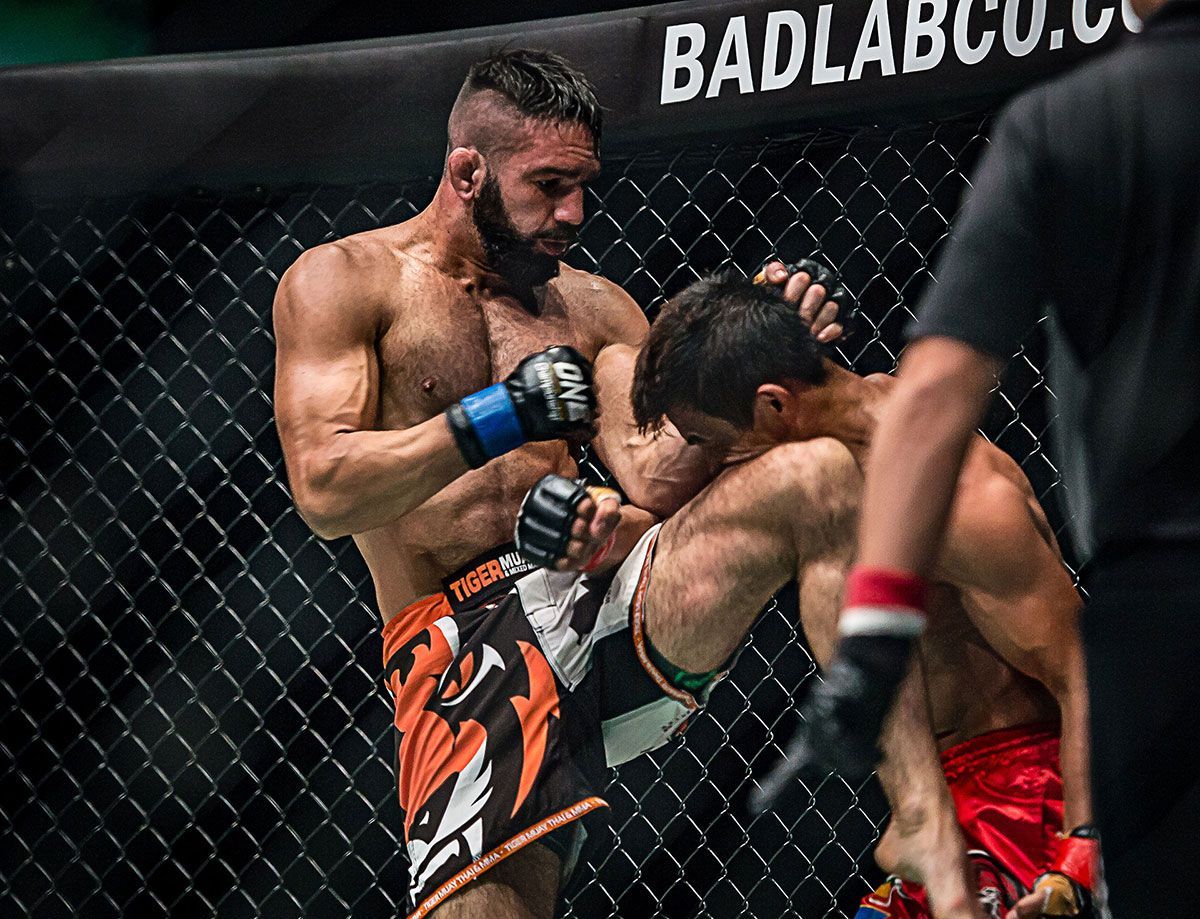 His is a similar story to “The Honey Badger,” who left for Thailand on a three-week excursion from Miami, and never went home.

“In many ways, we are similar people,” Urrutia observes.

“He is living far away from home, teaching martial arts in Singapore, and I am doing pretty much the same thing in Thailand. We are living the same struggle, chasing the same dream, walking the same path. That is what I am excited about.

“He wants to be a world champion one day, and so do I. I think it is going to bring out the best in me. I am going to shine and rise to the occasion, I promise.” Blessed with an infectious positive mental attitude and a genuine love of martial arts, Urrutia cannot wait to test his skills against Pucci. Despite the Brazilian’s decorated grappling credentials, the American believes his skill set stacks up well against his opponent, even on the ground.

“I do not want to sound bad, but I think he’s in trouble,” he says, confidently.

“I think I am a terrible matchup for him, honestly. I think this is a great matchup for me to showcase what I have. 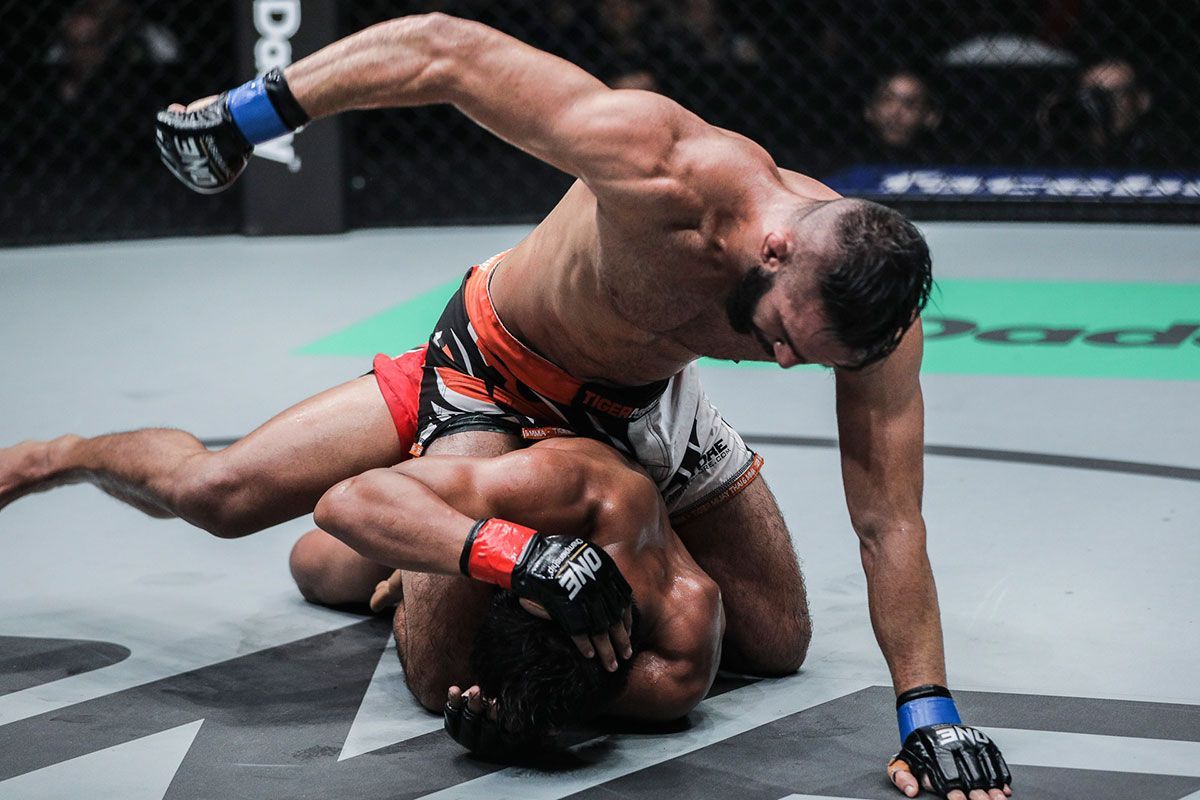 Despite his confidence and excitement, he acknowledges how difficult it will be to hang with “Puccibull.” Ever since the Brazilian’s professional debut in 2011, he has shown his world-class submission prowess. Four of the Evolve MMA product’s victories have come via his signature rear-naked choke.

Plus, he most recently demonstrated an improved striking game when he scored a TKO of Filipino knockout artist Jimmy “The Silencer” Yabo at ONE: LIGHT OF A NATION in June 2016.

“It is going to be tough because he is a two-time world champion, so I have nothing but the utmost respect for him. It is probably going to be one of my toughest matches to date, but my last match was my toughest one to date, too,” he says.

“I feel like the tougher the match and the harder the opponent, the better I will be. I am excited to rise to the occasion.” 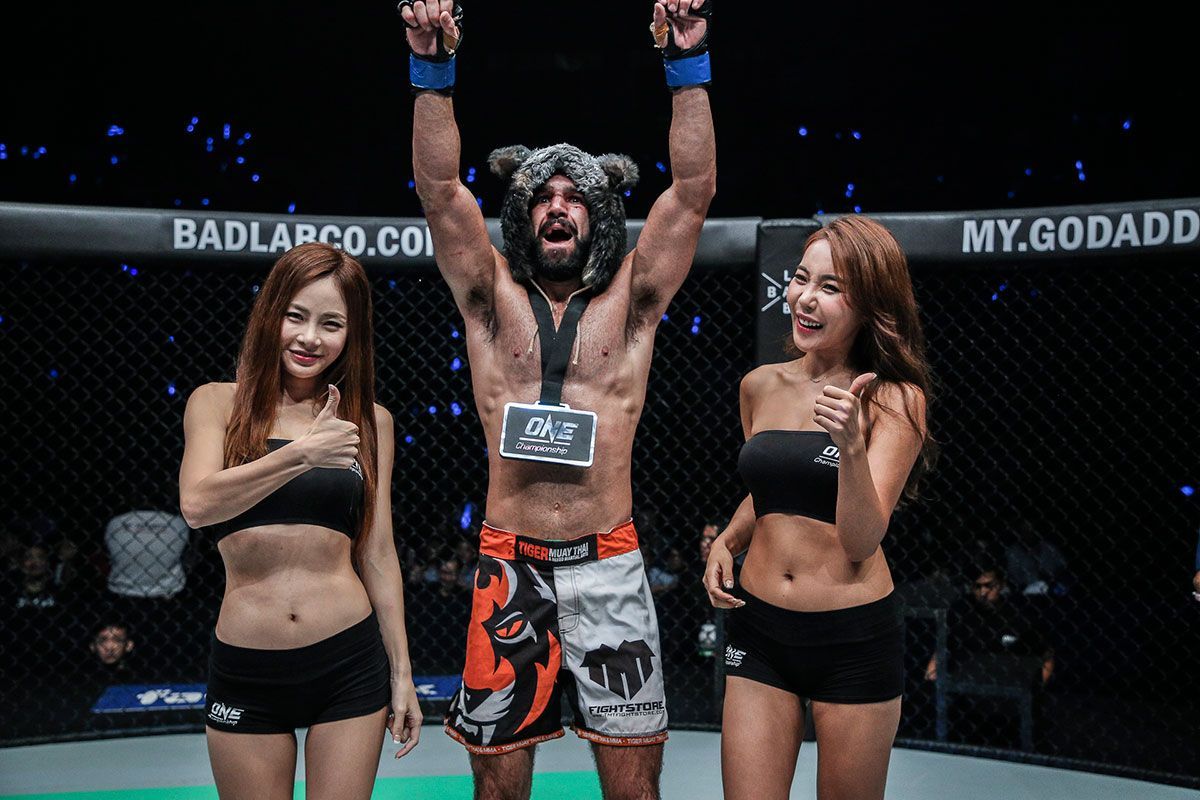 While Urrutia is focusing on the upcoming bout with Pucci, he also has his sights set on a title shot later this year, and believes an impressive victory on 26 January can propel him into contender status in ONE’s featherweight division.

“I feel if I can make a statement and put this guy away, I could be a match or two away from a title shot,” he says.

“I want to win impressively, then call out the guy who is closest to the title. I want to face the biggest, baddest dudes in the whole division. I want the guys that nobody wants to face. Give them to me, because I want that world title shot, and I want that belt around my waist.”