Bruno Pucci (5-2) has long been known for his elite grappling, but he is beginning to evolve into a complete martial artist, and developed a reputation as a proven finisher.

The two-time BJJ No-Gi World Champion will return to action on Friday, 26 January. He will face Emilio “The Honey Badger” Urrutia (10-4) in a three-round featherweight affair at ONE: GLOBAL SUPERHEROES, which takes place in the Mall Of Asia Arena in Manila, Philippines.

Unsurprisingly, the man nicknamed “Puccibull” has leaned heavily on his grappling skills in his career to date. The Brazilian, who captured the BJJ No-Gi World Championship in both 2009 and 2010, earned four of his first five victories inside the cage via submission, and his go-to technique, the rear-naked choke.

However, his last outing saw him demonstrate his evolution as a martial artist.

Posted by ONE Championship on Friday, December 15, 2017

At ONE: LIGHT OF A NATION in June 2017, he used his fists to finish Filipino knockout artist Jimmy “The Silencer” Yabo by TKO. He secured a takedown near the fence, and then unleashed a melee of ground and pound until referee Yuji Shimada stopped the contest at 2:12 of the opening round.

“I was very happy with my performance that night,” the 27-year-old Pucci explains.

“I knew Yabo was a counter-striker from watching his matches, so I was planning to find a good spot to take him down, and I managed to do that. My goal for that bout was actually to go for the submission, but I was punching him on the ground, and I saw the referee was coming in close and Jimmy was not turning on his back.

“I was expecting him to give me his back so I could try my best move, the rear-naked choke. But he ended up not turning, and I saw the referee coming in, so I kept on going. I was training for the submission, but it finished in the best way, so I was very happy with the result.” 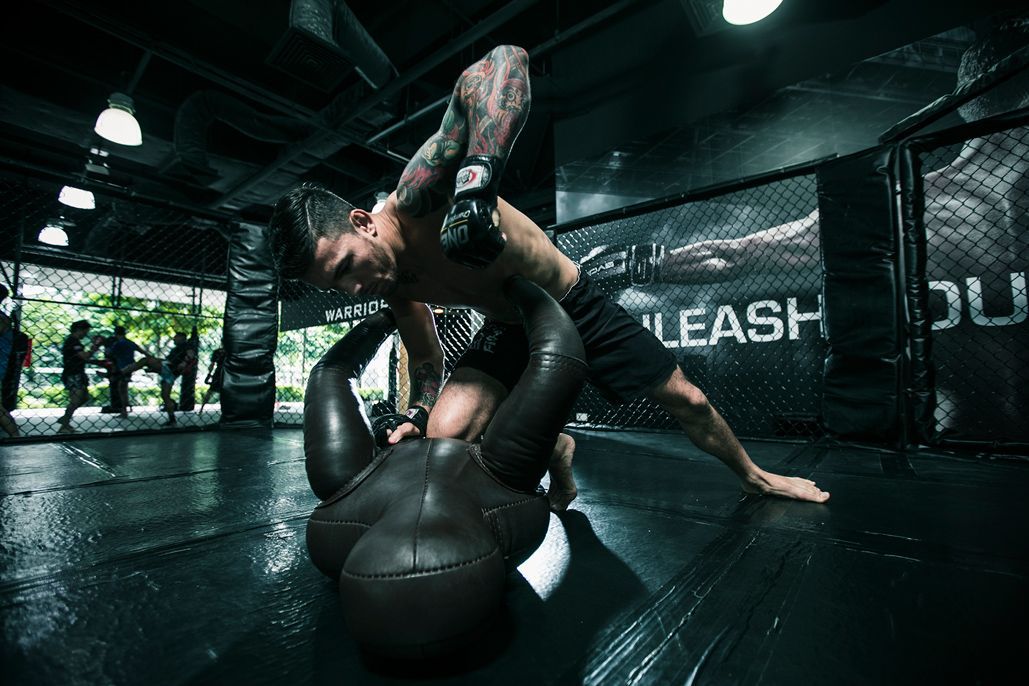 Though unexpected, it was Pucci’s first finish by strikes, and one that marked a watershed moment in his career. The Singapore-based Brazilian trains at the acclaimed Evolve MMA, where he works his all-round martial arts game with a host of world champions, both on the mats and on the pads.

Pucci admits that as a grappling world champion, it is only natural to take the bout to the ground, since that is where his biggest strength lies. But he is excited to showcase his striking skills when the situation demands it.

It is a similar situation to that of his fellow countryman and Evolve MMA teammate Alex Silva. He surged into title contention on the back of his world-class jiu-jitsu skills, but defeated Yoshitaka “Nobita” Naito to win the ONE Strawweight World Title by comprehensively out-striking his opponent over five rounds this past December.

“I think Alex is a great comparison because he was the same as me,” Pucci says.

“He only did striking for a little bit in his bouts, and people were always scared of his grappling and his takedowns. But when he went for the title, he shut the guy down with his striking. People do not know about your striking until you have the opportunity to show it.”

Pucci’s next bout against Thailand-based American Emilio Urrutia may present the perfect opportunity. A BJJ brown belt with sound striking fundamentals, “The Honey Badger” should present a stern test of the Brazilian’s credentials. 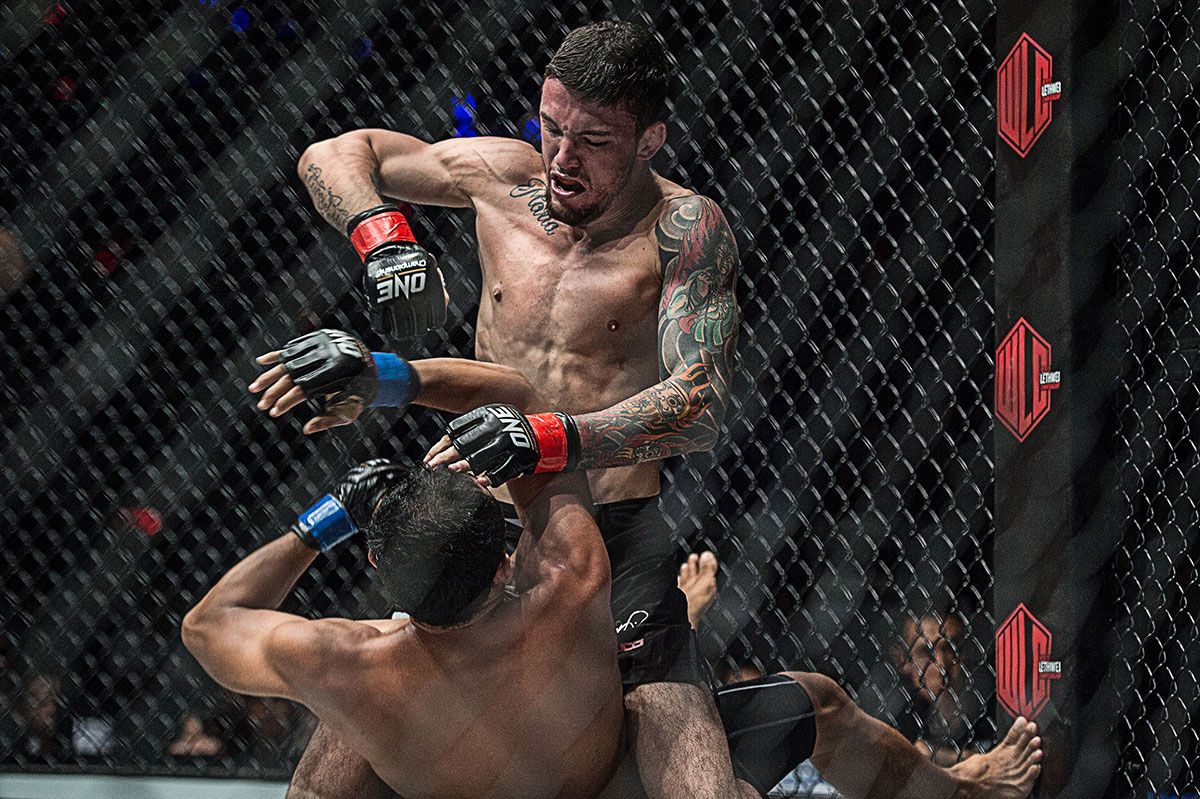 “He is a grappler and he has decent wrestling,” the Evolve MMA product acknowledges.

“Even though people may not have seen much of my stand-up, I think our striking is quite even, so it is going to be a really interesting bout, and a really good matchup.

“He has had a lot of three-round battles, which shows he has good cardio. He can take people down, he has good ground and pound, and I know his control in the closed guard is good. It will be an interesting matchup on the ground.

“I want to bring this bout to my strengths. He will be expecting that. But I am a finisher. Every one of my wins is by a finish. He tends to go all three rounds, so I think I will be able to finish him within three rounds.”

As part of the Evolve Fight Team, Pucci has access to a host of top-level teammates and coaches, and he pieced together a tailor-made training camp to best suit the skill set of his opponent. He has been training extensively with ONE lightweight contender Amir Khan and featherweight sensation Christian Lee in preparation for his clash on 26 January.

“We sit down as a whole team and we try to get some people who have the same style or a similar style, but upgraded, to my opponent,” he explains.

“For example, Amir is an excellent striker, and his takedown defense is very good, so it is good for me to work on my entries. And Christian is an excellent grappler, plus he has good striking, so they were both perfect to choose as training partners for this match.

“On top of that, I spend a lot of time with the Muay Thai trainers, working on my pad work and drilling my BJJ with the black belts. So I can drill my skills with those guys, as well as work on specific details and the overall game plan with my teammates.” 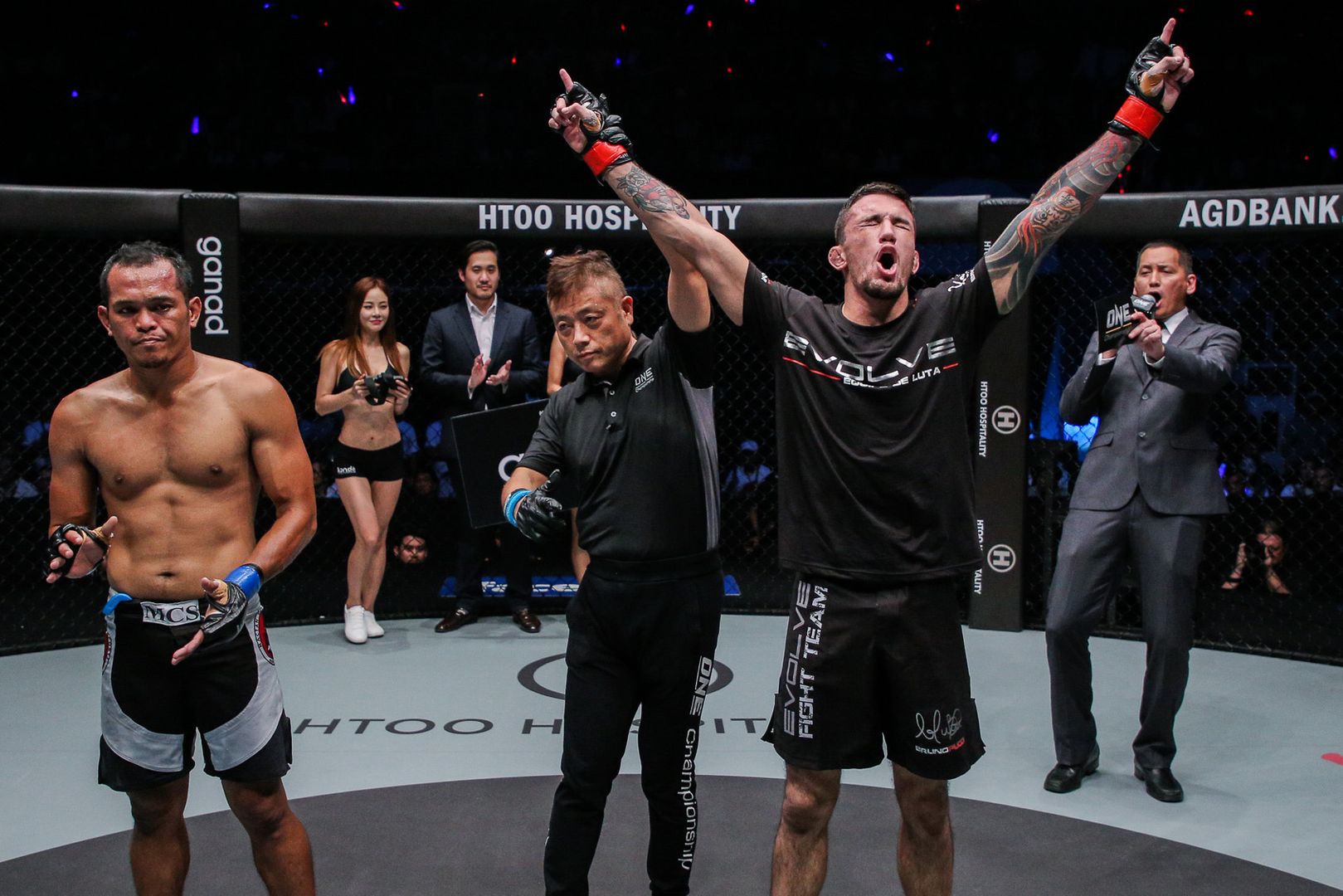 With an ever-evolving striking game, and with his grappling skills as sharp as ever, Pucci is ready to claim the sixth win of his career, and maintain his 100 percent finishing rate in the process.

“My prediction is I am going to take him down and finish him, and I want to do this within three rounds,” he says.

“You can show just how good you are when people know exactly what you are going to do, but they still cannot stop you from doing it. So that is my prediction, and what I am training for.”